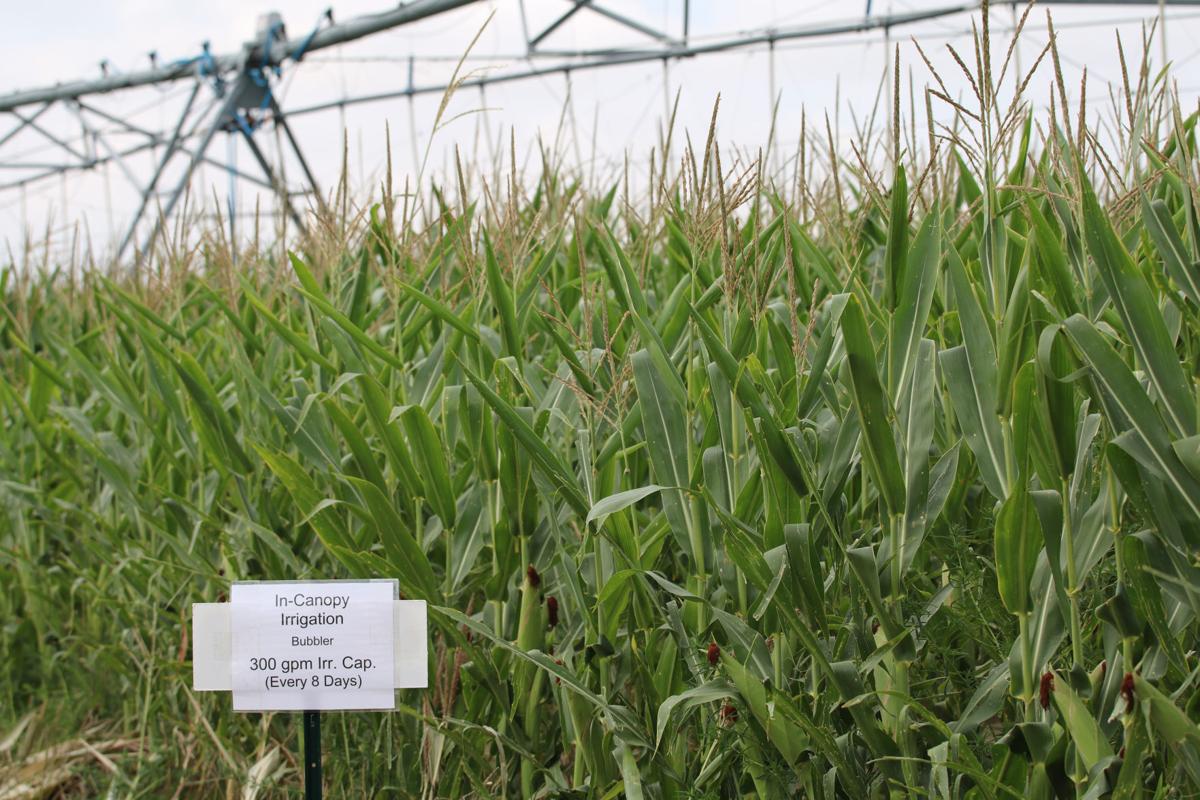 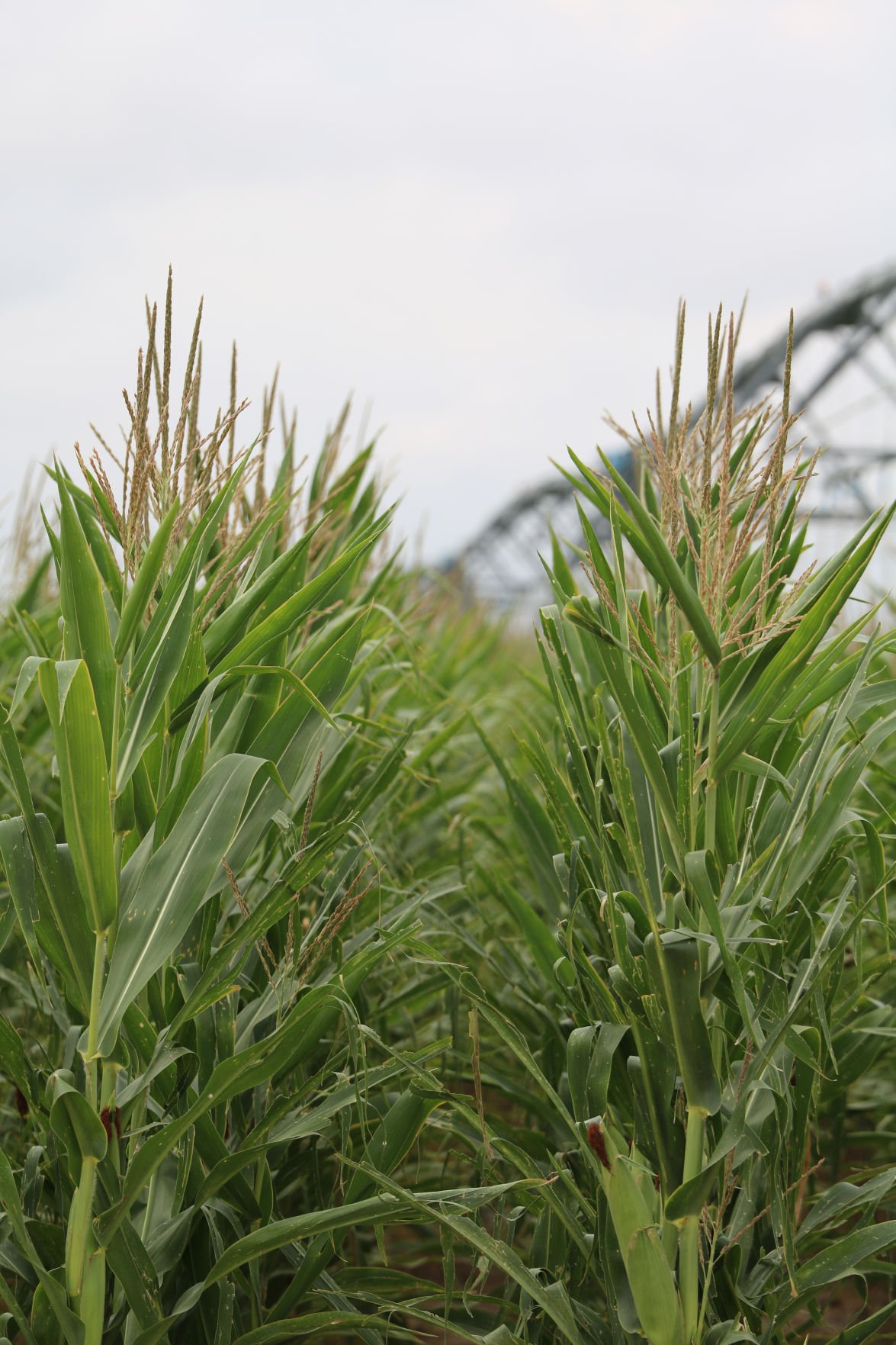 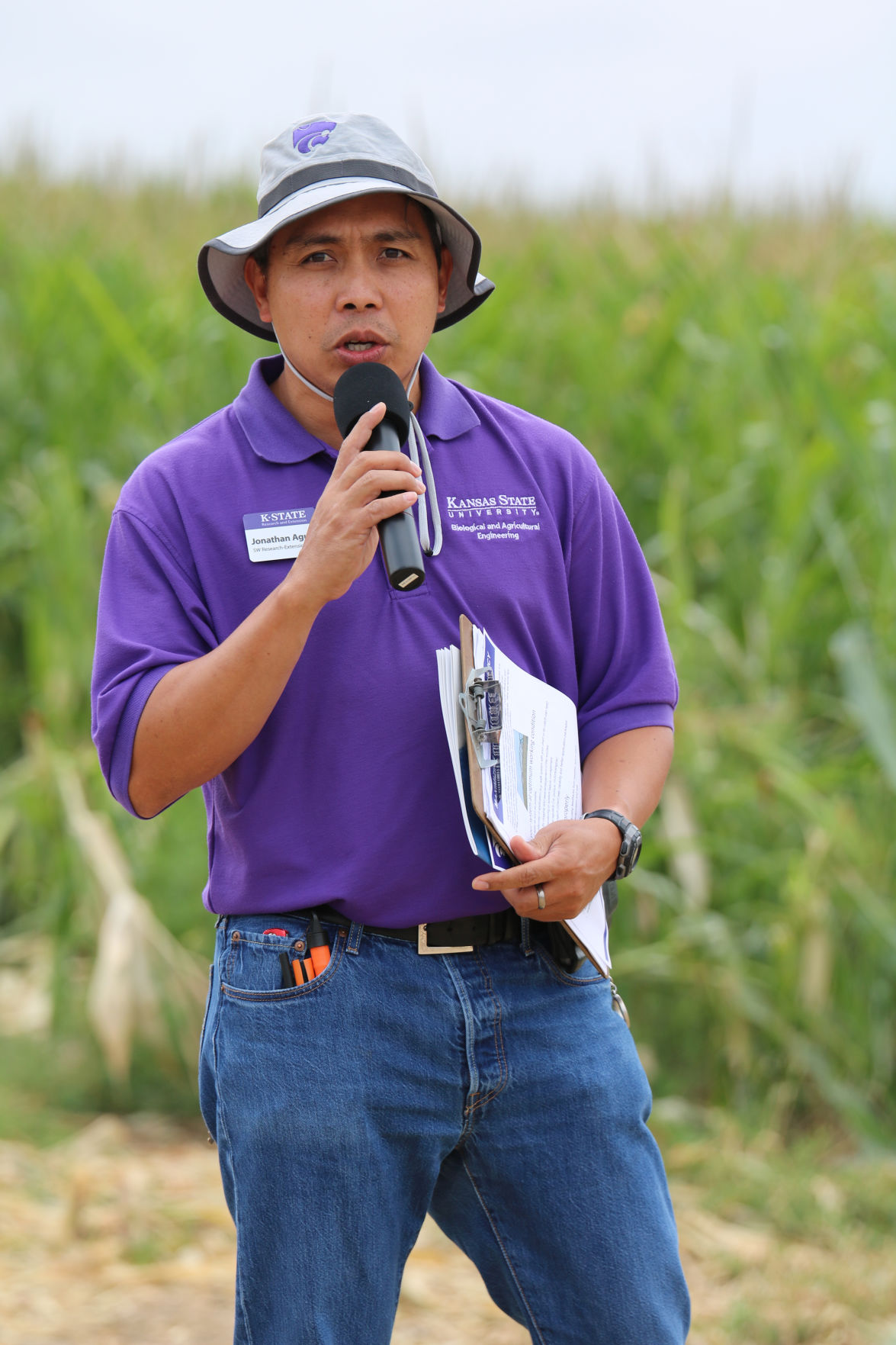 Water used for irrigation is at a premium for many farmers in the High Plains region, so maximizing irrigation efficiency is crucial.

Jonathan Aguilar, irrigation engineer with Kansas State University reminded producers at the recent Southwest Research and Extension Center Fall Field Day of some things they may already know, and a few they may not.

Often defined as the percentage of beneficial water to the total water delivered, irrigation efficiency is important to remember. It’s not a set number based on the irrigation system installed. It could go up or down depending upon maintenance, operation and management. The bottom line is be prepared.

“Who knows when your pressure is going to drop,” Aguilar said. “Check for uniformity.”

The assumption with uniformity, especially in a center pivot situation, is that everything in the field is going to get an inch worth of application. However, the function of it is actually putting 1 inch across the field, very uniformly. Aguilar said to use the tools available to check on the uniformity of the water application.

“Pull out your chart, walk your field and look for the numbers, Aguilar said about the sprinkler set up and nozzles. “Look for the colors of your nozzles for one that wasn’t performing.”

Change out the nozzles that aren’t doing their job.

“Walk your systems and pull out those,” Aguilar said. “How many of you have seen them recently?”

To keep the system in optimum condition, consider the following:

Aguilar said to pay attention to the maintenance of the pump system and make sure it’s in optimum condition.

“Usually, you don’t check that,” Aguilar said. “But sometimes you need some oil, or you need some maintenance and those are the things that actually would pull down your efficiency on the system.”

Knowing how much water is in the soil can help hold off irrigating when things might seem to be “dry and scary on top.”

On one of Aguilar’s research plots, they were able to pull irrigation off by almost a month and only put on 4 inches of water on a 300-gallon per minute well. The 150-gallon per minute treatment only needed 3 inches this particular year.

“Without knowing what is actually below the soil—then we would not have that capability to make that decision on the fly,” Aguilar said.

At one point in his research, Aguilar had to make a choice.

Aguilar said not to rely on “the blinking light because it will cost you.”

He advises to make room for rainfall.

“If there is a forecasted rainfall hold off your irrigation,” Aguilar said. “We do get some rainfall here in western Kansas from time to time, and for this year, we were blessed by almost several inches.”

Aguilar said there’s no harm in doing more in-season irrigation. Why? Because the water being used by the crop cools and nourishes it.

“One analogy that I like to use is if you’re really thirsty, what do you do with a cup of water?” Aquilar said. “Do you pour it on yourself or you drink it? Almost the same analogy with a plant. Yes, you can cool off a plant. But I think, for the longer term, it’s better to drink it rather than cool yourself with a bath of water.”

In his research Aguilar has tried to do as much minimum tillage as possible.

“Because anytime that you promote more crop residue on the field, you actually increase infiltration,” he said.

He’s also found that diversifying crops and spreading out the crop water demand could be beneficial as well.

“If you’ve got a field that you could switching between two crops, then that’s even better, and then improve management and weed control,” Aguilar said. “Of course, weeds also pull out some of the moisture from the field, so we’d like to have as much weed control as possible to maximize the efficiency of the field.”

Aguilar also suggested finding optimum seeding rates and crop genetics based on the crop being grown and season.

For more information or to contact Aguilar, visit www.southwest.k-state.edu/program_areas/irrigation/index.html.