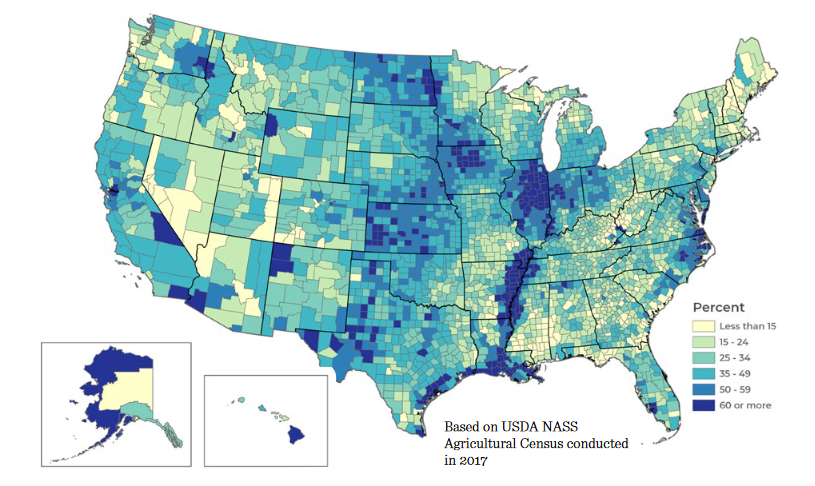 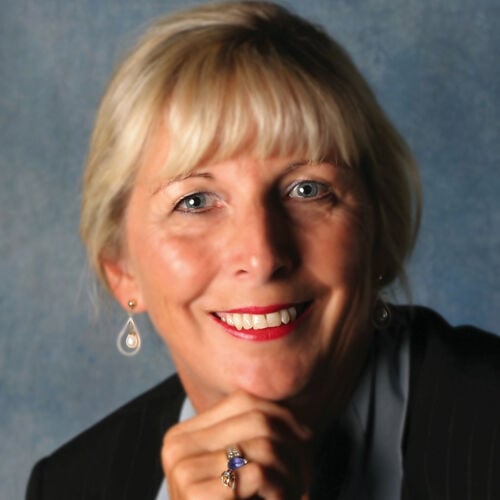 The list of practices that can help improve soil health and natural resource conservation is quite long and diverse, depending on local soils, climate and terrain. But how do you know where to start and which decisions can create the most bang for the conservation buck?

That’s a question confronting thousands of landowners, but research indicates the decision-making process can be even more challenging for someone who owns a farm but doesn’t actively farm it. And that’s a pretty big slice of the U.S. farm market.

Around 40% of farmland in the U.S. is rented and in some parts of the country that number is nearing 80%, according to the U.S. Department of Agriculture’s National Agricultural Statistics Service. Of those rented lands, 87 million acres are owned by female nonoperating landlords.

“It’s a lengthy process, trying to figure out exactly who to talk to, which programs are available for things like filter strips, cover crops and pollinator plots,” said Kathy Mullins, a Champagne County, Illinois, landowner who, about three years ago, inherited about 330 acres of relatively flat land that’s been in her family for over 100 years. It’s a custom-farming arrangement, where she pays for inputs, plus planting and harvest and then markets the crop.

“Unless you are in the network and know people who do this, it’s a little hard to get into those conversations,” she added.

Mullins is one of several non-operating landowners who participated in a “Learning Circle” hosted by the American Farmland Trust. The learning circles are part of a collaboration among AFT, PepsiCo, and the Illinois Corn Growers Association’s Precision Conservation Management Program, intended to increase cover crops on rented lands. For over a decade, AFT has worked with female landowners and producers, encouraging them to improve conservation on their farms but they’ve broadened their research to look at male landowners, as well.

A newly updated report by AFT indicates that NOLs in the 13 states surveyed are generally supportive of their renters taking conservation-oriented action on their land. They are also willing to make changes to help support conservation adoption like extending the length of leases or asking operators to use certain conservation practices. The 13 states include Arkansas, California, Illinois, Indiana, Iowa, Kansas, New York, North Carolina, Ohio, Pennsylvania, Texas, Virginia and Washington.

The findings also challenge some common misconceptions regarding NOLs, including that they are only focused on their bottom lines and that they do not care about the land.

Yet, more work is needed in to turn that conservation support into action.

“What we've found is that everybody's kind of on the same page: Farmers want to implement these practices and landowners want to see the land taken care of. There’s just a little bit of disconnect so the conversation was not happening,” said Jean Brokish, Midwest program manager for AFT.

Another part of AFT’s outreach was to encourage farm advisors, or farm management professionals to try to “start connecting the dots and facility facilitate those conversations,” Brokish added.

Involvement in government conservation programs varied widely across the states surveyed. For example, there was high use of land-set-aside programs such as the Conservation Reserve Program or Wetland Reserve Program by landowners who owned land in Iowa (59%) and Pennsylvania (57%) but there was low use in North Carolina (9%). Land-set-aside programs received the highest percentage of respondents indicating their use in all states other than California, New York and North Carolina. For these three states, the highest level of participation was in receiving conservation practices/technical assistance from the Natural Resources Conservation Service or the local Soil and Water Conservation District. Across the board, there is low use of government conservation programs and low use of the local NRCS or SWCD staff for technical assistance on the land.

“The good news is that through targeted programming for farmers and landowners alike … we can improve conservation outcomes nationally," said Gabrielle Roesch-McNally, AFT Women for the Land director.

2. Amplify NOLs’ willingness to support their operators with conservation practices.

3. Reach out to female, and male, NOLs to improve outcomes on rented land.

4. Engage NOLs to cultivate greater opportunities to strengthen their ties to farming, the land and community.

5. Emphasize the need for succession planning among aging NOLs.

Editor’s note: Sara Wyant can be reached at www.agri-pulse.com.