As a subzero front moved in last week leaving weathermen awestruck with the record-breaking cold temperatures heading across the central U.S., everyone else was preparing to deal with freezing temperatures and snow. Ranchers were scrambling to make homemade windbreaks, put out bale after bale of hay and sharpen axes for heavy duty ice chopping. Some bought salt to clear sidewalks and most stocked up at the grocery store expecting the weather to keep them at home for several days. However, these prolonged below-freezing conditions also brought about a new concern that became alarmingly evident when millions of people were left without power as the grid struggled to pump out heat and electricity.

While the Democrats and Republicans argue about who is to blame for this energy catastrophe, the events of this week should serve as a warning to the rest of us that our energy system is not reliable, nor is it secure. It was a sobering feeling when state officials started calling for residents to turn down their heaters to 68 degrees Fahrenheit, turn off as many lights as possible and refrain from using appliances like dishwashers, stoves and washing machines.

This is America, how could we be in this dire situation? Rolling blackouts happen in California and on occasion in other states, but never in my state of Oklahoma and certainly not to the degree Texas experienced this week. This week felt like we were living in a communist or even third-world country. America is the home of the most hardworking and innovative people in the world and we should be able to power our country without families freezing to death in their homes. Whether it’s renewable or non-renewable energy, the U.S. should have more than enough power for its citizens and there is not a reasonable explanation for what happened this week. But if the recent domestic energy shortage wasn’t bad enough, there’s a whole different concern when it comes to energy security.

This was inconvenient for all, scary for many and down-right deadly for some, and if facing this terrifying weather event without heat gave you pause, you might want to consider what life would be like if China controlled the power grid. Although it was buried in an executive order pertaining to climate change, President Biden recently suspended an executive order made by President Trump in May 2020 that prohibited the use of grid equipment that is made in China, Russia or other hostile nations. China, in particular, has been proven to be a threat to our power grid as far back as 2001, so the deliberate act of rescinding this order is rather perplexing. According to the Institute for Energy Research, Chinese power equipment—especially transformers—have been known to be embedded with software and hardware that can remotely access the grid and monitor or even gain control of our power. I don’t know about you, but I’m not comfortable with China being able to determine whether I have heat or if my oven is working to bake a pie. This week should be a wake-up call to take back our energy security, from both from a foreign and domestic standpoint. 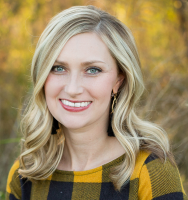