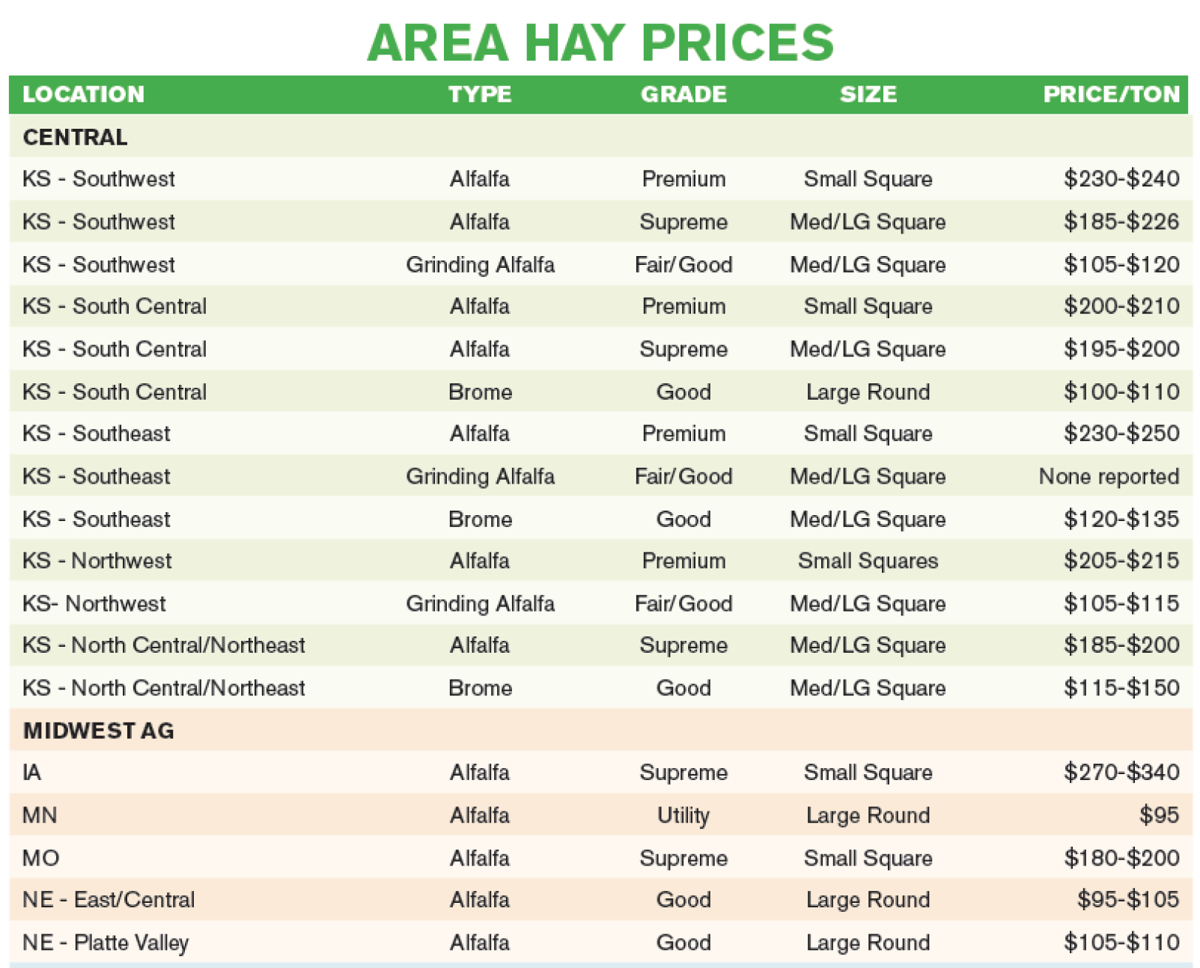 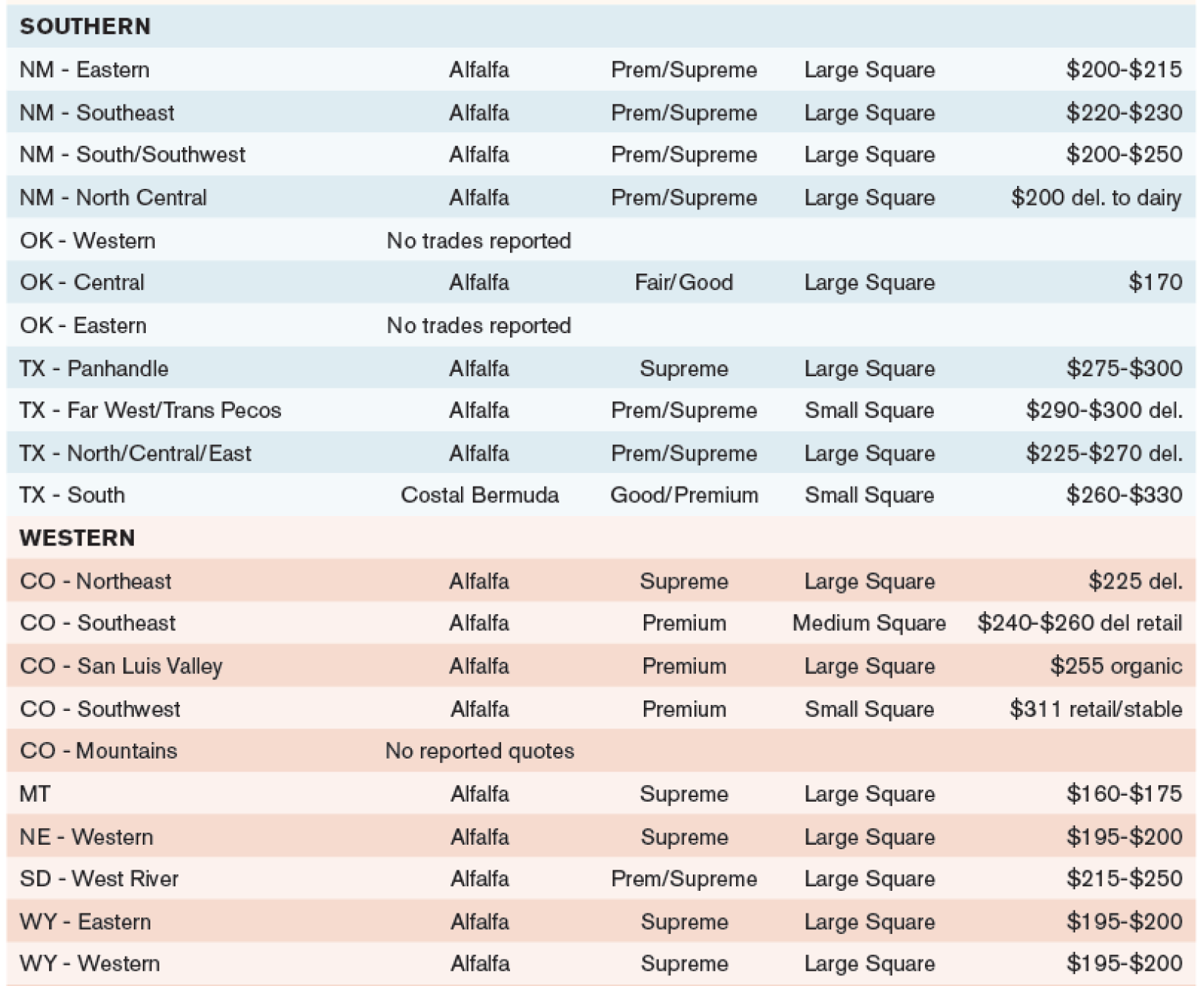 Iowa—Prices for supreme and premium alfalfa and alfalfa/grass mixes maintained their prices regardless of packaging. However, the pricing for large round bales began to slide lower. This price slide may be associated with the declining quality of grasses.

Kansas—Hay market trade was slow, demand was slow, and prices remain steady. Supplies of high quality hay are being reported as short, but here seems to be plenty of grinder hay.

Missouri—Hay supplies are moderate, demand is light and prices are steady to weak. There continues to be several new listings of hay each day added, however actual reported sales remain slow.

Montana—Alfalfa hay sold steady to firm again this week. Moderate market activity continues to be seen. Ranchers continue to buy hay for winter needs as cold and snowy weather has got ranchers in the mood to buy. Hay selling in state is mostly moving in rounds. Large quantities of old crop hay continue to sell.

Oklahoma—Alfalfa and hay trade remain exceedingly limited. The few sales that have occurred are mostly steady. Premium quality hay very difficult to find and the horse quality hay that is available isn’t in high demand as of now.

South Dakota—Alfalfa hay remains steady to firm, especially for large squares. Demand very good for high quality hay of all kinds, best demand is for large square bales bound for out of state buyers. The demand for round bales is much lower as this supply is much more plentiful.

Texas—Hay trades were mostly steady to firm on good demand and trading activity. Colder temperatures were reported statewide, which increased hay demand across all regions. Pasture conditions are still good in the Panhandle, but with the first freeze occurring last week grasses will be going dormant soon.

Wyoming—Compared to last week hay steady. Demand was moderate for local sales and good demand noted on hay leaving the state for horse clients. Some contacts stated their hay sheds are almost empty as they have been shipping hay at a rapid pace. Many contacts usually have hay in their sheds till after the first of the year. But, some say they will be cleaned out way before then.