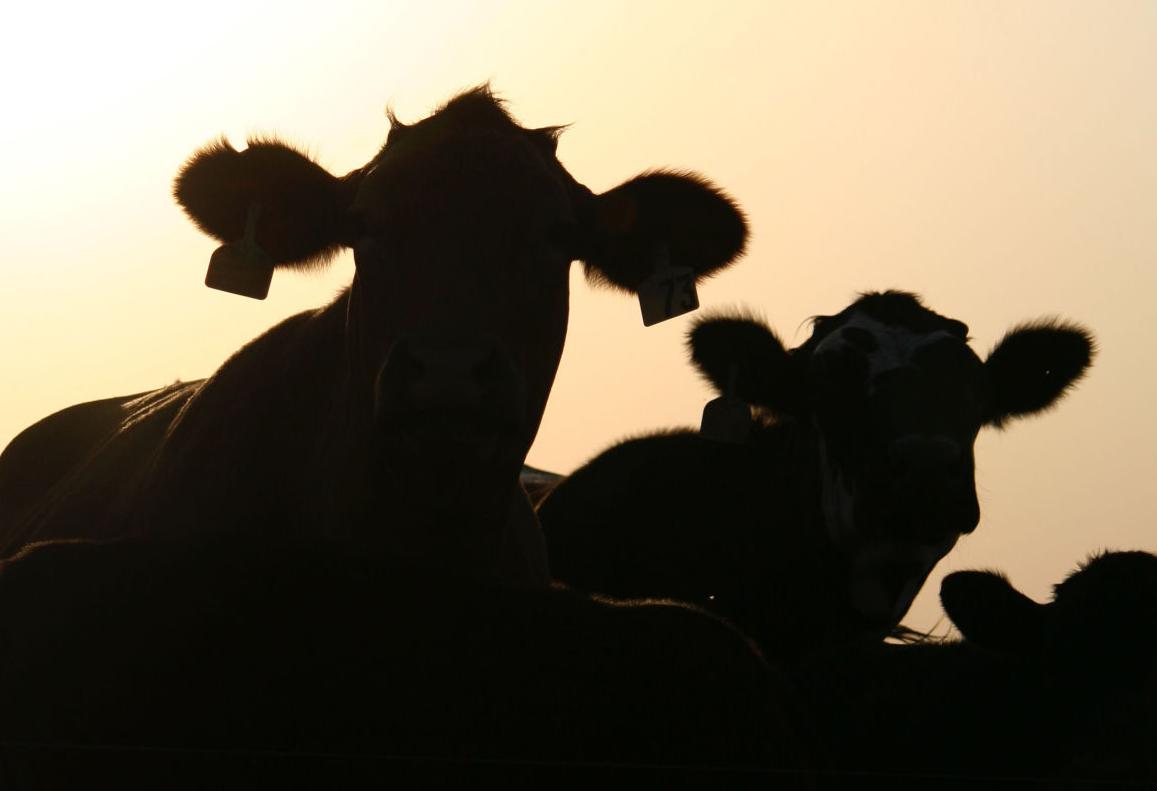 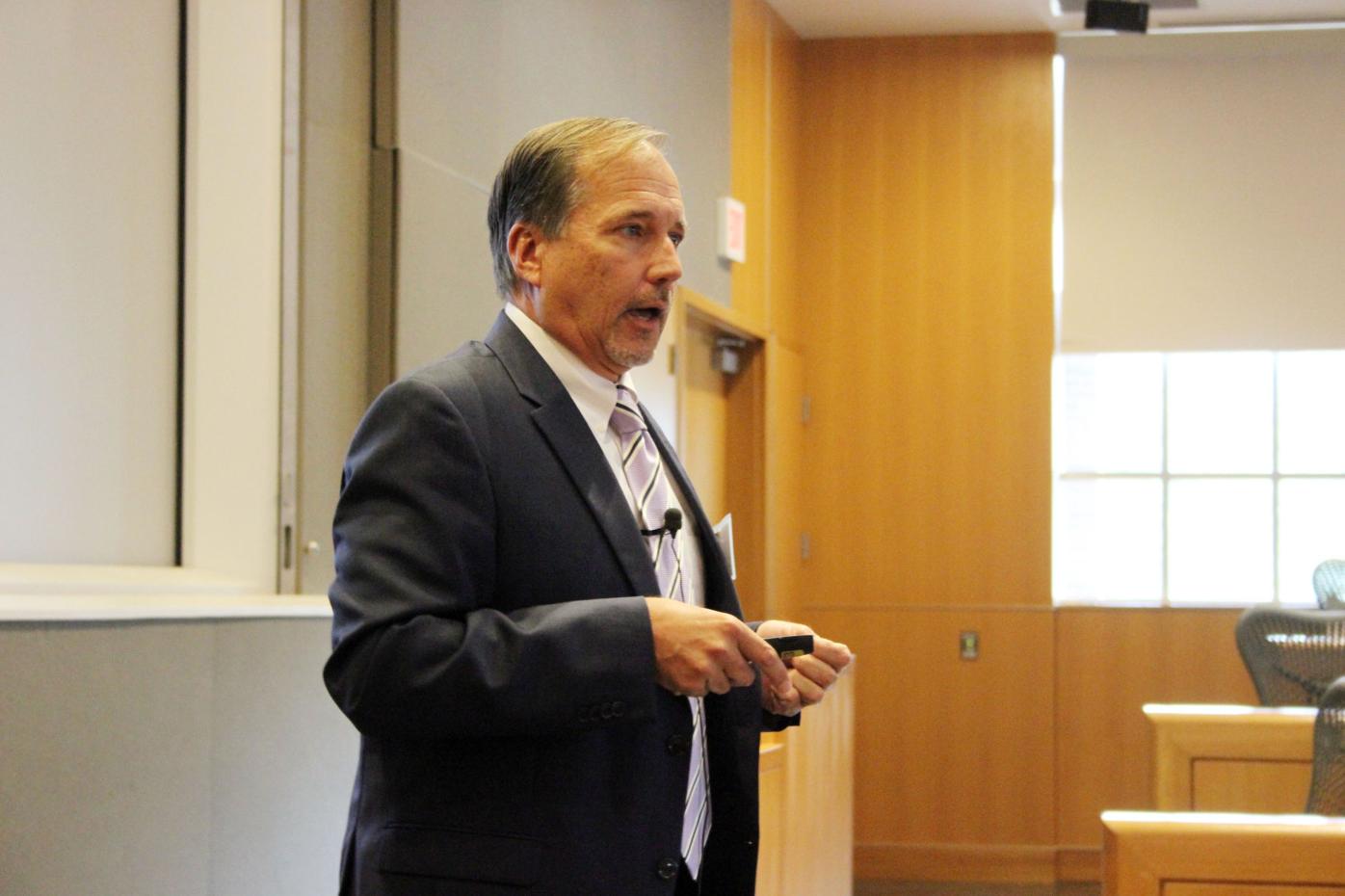 “The older we get the less we like to change things,” said Gary Fike, Red Angus Association of America director of commercial marketing. “We’re facing bigger changes than we’ve ever had in the cattle industry as far as technology. But we need to remember that we can’t simply ignore all these changes that are going on around us.”

“All these things that we do on the farm and ranch and feedlot really determine the value of beef in today’s marketplace,” he said. “If you don’t step back and take a look at what you’re doing, then you’re not going to be able to make any changes.”

Fike says the consumer determines the price of beef. They want to know what they are purchasing and they reward beef that has information attached to it.

“Seventy percent of the cattle in the fed industry are marketed on a value-based system so you’re going to get paid more for the choice, upper two-third choice and the primes and you’ll get premiums for the cattle that are yield grades ones and twos.”

He says the select grade have almost disappeared because consumers do not want it. The demand for higher quality beef makes a significant difference to the market.

“We need to maximize the value of the calf crop and the thing that I tell people is you have to tell or sell your story to whoever’s buying your cattle so that they know what they are,” Fike explained.

He says the story of your cattle include their breed, if they have been weaned, pre-condition shots, modified-live or killed vaccines, what condition are they in, if they have been implanted and if they qualified for a Natural Never-Ever Program or NHTC for non-hormone treated cattle for the European market.

Fike says the effective breed is crucial because of quality grading. If a buyer knows what breed the animals are, they will know what to expect at slaughter. According to Fike, the highest quality grading breeds in the United States, excluding dairy breeds, are Angus and Red Angus.

The RAAA has several programs designed to help producers give a better summary of their cattle. The Red Angus Feeder Calf Certification Program is a genetics, source and age-verified program that has been around since 1994.

“We’ve really pushed this hard and we’ve had a 47 percent growth in the program since 2015,” Fike said. “I maintain the real reason for the value is people know what the genetics of the cattle are. They know they are at least 50 percent Red Angus so they know those cattle will probably grade a little bit better than average.”

The FCCP tag for this program costs 99 cents per animal. There is no enrollment fee and no audit fee. However, cattlemen do have to pay for shipping on the tags.

“We have the data from 2013 through 2017 and for the past five years, those Red Angus-sired calves that are tagged versus those that are Red Angus-sired but are not enrolled in the program, are valued at $2.80 more per hundredweight. The calf average weight in the studies is just under 600 pounds so it’s about $16 a head advantage across steers and heifers to use the tag.”

Producers must use registered Red Angus bulls that have been transferred into the producer’s name. There is an EID button for the tags that can be used if you prefer. Fike says the RAAA is also working on a new health protocol. He says they currently have a program with IMI Global and the RAAA tags will work with IMI programs and with NHTC. Plus, it is cheaper to use the Red Angus tags than IMI tags.

The second program is called Allied Access, which is an age and source program only. It has no genetic component to it at all.

“But there’s still about $1.50 per hundredweight advantage,” Fike said. “It doesn’t pay anything else at the packer but buyers like to have that information so they know where cattle come from. What they’re all about.”

The RAAA also has a test called Red Navigator, which is for commercial heifers only. It provides every EPD for the breed of that individual animal.

“We’re seeing DNA more in terms of using it as a tool to select replacement heifers,” Fike said. “This test will give you a good indication you are pointed in the right direction.”

Some of the EPDs provided by Red Navigator include calving ease, birthweight, weaning weight, marbling, ribeye, stayability and milk production, plus the all-purpose indexes called HerdBuilder and GridMaster. Cattle have to be at least 75 percent Red Angus or the test will not work. Red Navigator costs $25, but users will also have access Sire ID as well.

“So if you’ve got five Red Angus bulls and they’re registered, Sire ID will be able to identify which bulls are doing their job and which bulls aren’t.”

Fike says many cattle producers have gotten comfortable with accepting whatever their cattle sell for and not being concerned with improving their cow herd and adding value to their product by selecting for better traits and providing more information to buyers and consumers. The RAAA has made it a priority to seek out and introduce new programs to pad the cattleman’s bottom line and improve Red Angus genetics.