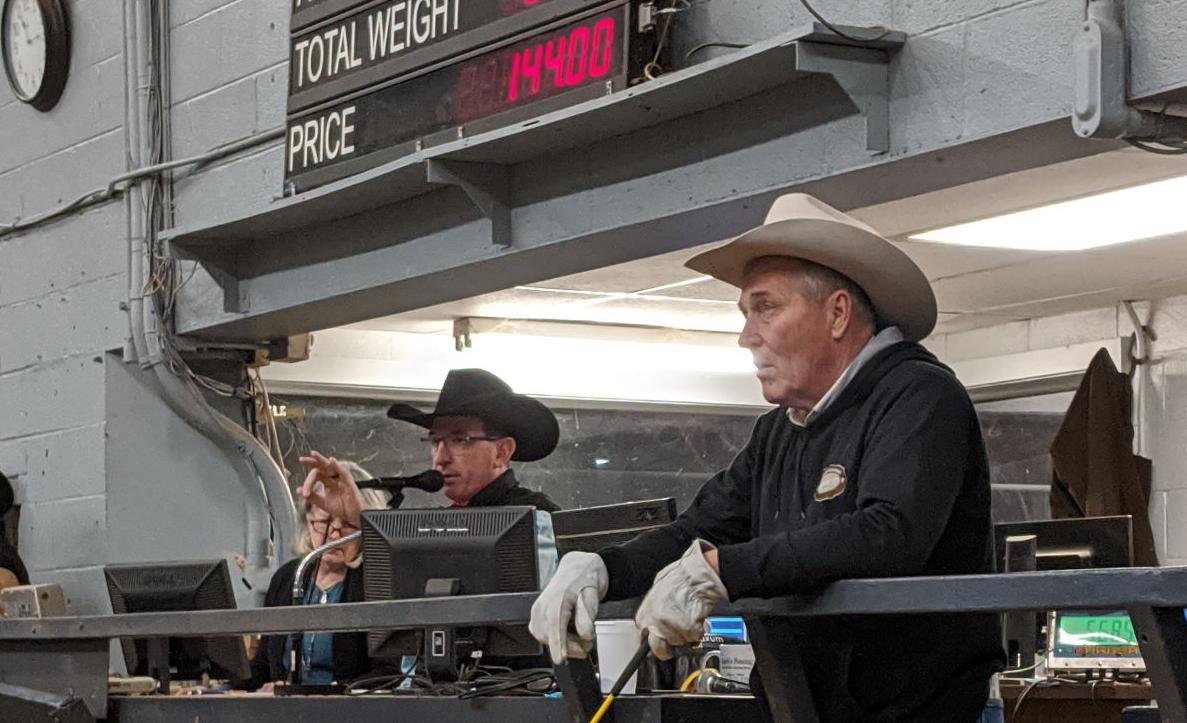 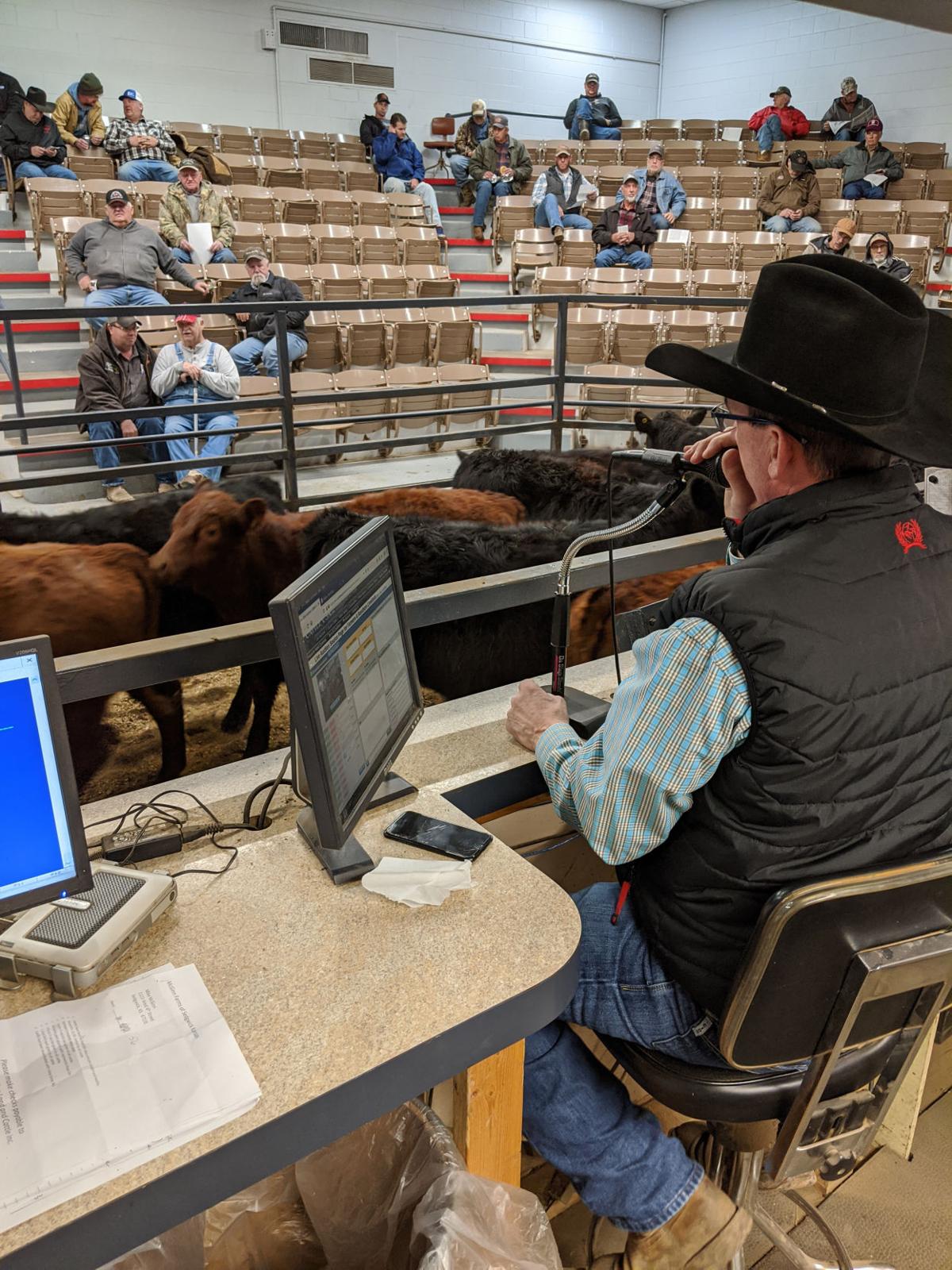 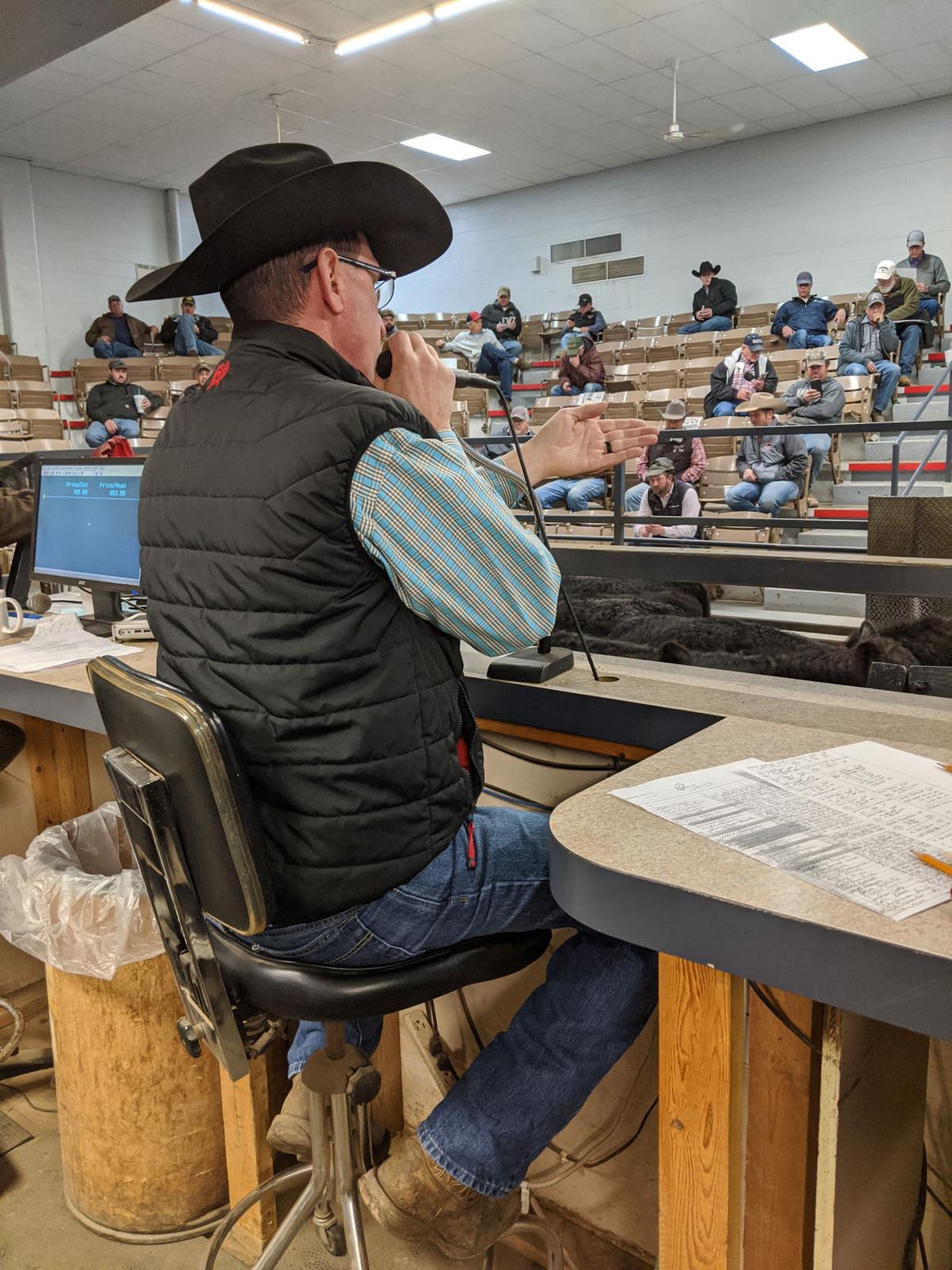 Kyle Elwood, Lindsborg, Kansas, still remembers the sound of his own heartbeat filling his ears the first time he auctioned off some butcher cows at Pratt Livestock, Pratt, Kansas.

As a youngster, he had been enamored with livestock auctioneers. Then as a student at Pratt Community College, Elwood sorted cattle at the livestock market after his classes were done for the day. He saw an opportunity and asked the manager, Mike Lewis, if he could give auctioneering a try some time.

As Elwood was sorting cattle behind the livestock market one morning, Lewis told him he’d get his opportunity toward the end of the sale.

More than 30 years later, Elwood is still selling cows and is assistant manager of Farmers & Ranchers Livestock in Salina, Kansas.

According to the Saline County Register of Deeds, Farmers & Ranchers has been a registered business since Oct. 5, 1966. Current Manager Mike Samples bought it in the early 1990s and offered Elwood a full-time job.

“I kind of lucked out taking a full-time job here,” Elwood said. “It’s a hard profession to get into.”

The cattle industry in general can be a hard profession. The hours are long and there are few guarantees of how much or how often you’ll get paid. Livestock markets like Farmers & Ranchers strive to give their customers an opportunity for a better price.

“It’s not hard (for Farmers & Ranchers) to draw cattle from 200 miles away in about every direction,” Elwood said. “We get some cattle out of the Dakotas, Wyoming and northern Nebraska.”

Livestock markets run large numbers of cattle through their sale rings, but don’t let the numbers intimidate you. The quality of your cattle matters more than the quantity.

Joe Barbour, region executive officer, Livestock Marketing Association, quoted one of his colleagues at LMA when he said, “Where else can a producer with a pickup truck and gooseneck trailer top the market that day besides a livestock market?”

The Livestock Marketing Association, of which Farmers & Ranchers is a member, represents livestock markets at the state and federal levels of government, as well as offering more local resources, such as customer service advice and insurance products.

“Our members are professional marketers that do their very best job to bring the highest amount of money for that producer on sale day,” Barbour said.

Sale day results can fluctuate because of weather and market conditions. But there are larger factors at play as well.

The Jan. 1 cattle inventory from the U.S. Department of Agriculture’s National Agricultural Statistics Service, reported a decline of 400,000 head as compared to last year. Urbanization is taking over some rural areas, and ground that was once used for pastures is seeing a plow for the first time.

Those conditions could spell disaster if livestock producers don’t use available resources, like their local livestock market, to get the best price available.

“We’ve got multiple bidders, through competition, bidding on that livestock in order to find its true price,” Barbour said. “Our members are experts in evaluating those cattle and placing them in situations where they can reach the most value for their customer.”