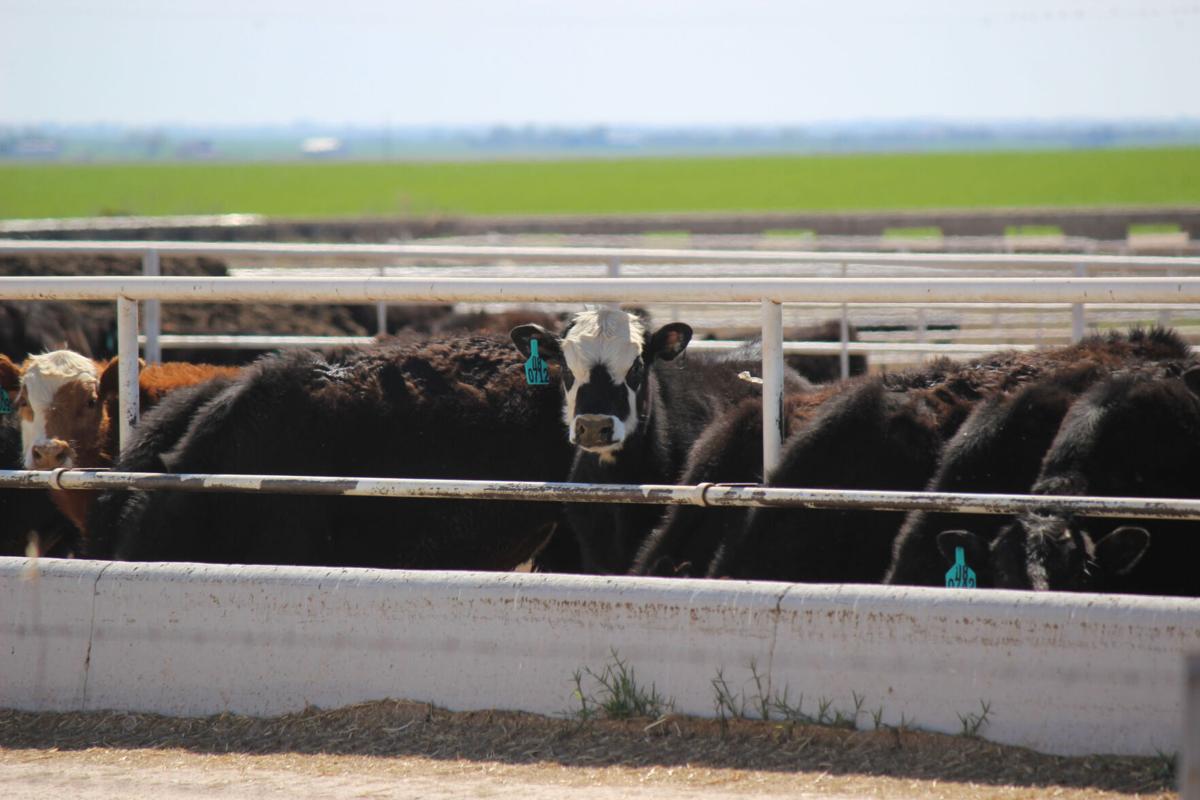 When COVID-19 hit, the economy slowed down, businesses and travel came to a standstill and the availability of certain byproducts for cattle rations were greatly affected. (Journal photo by Lacey Newlin.) 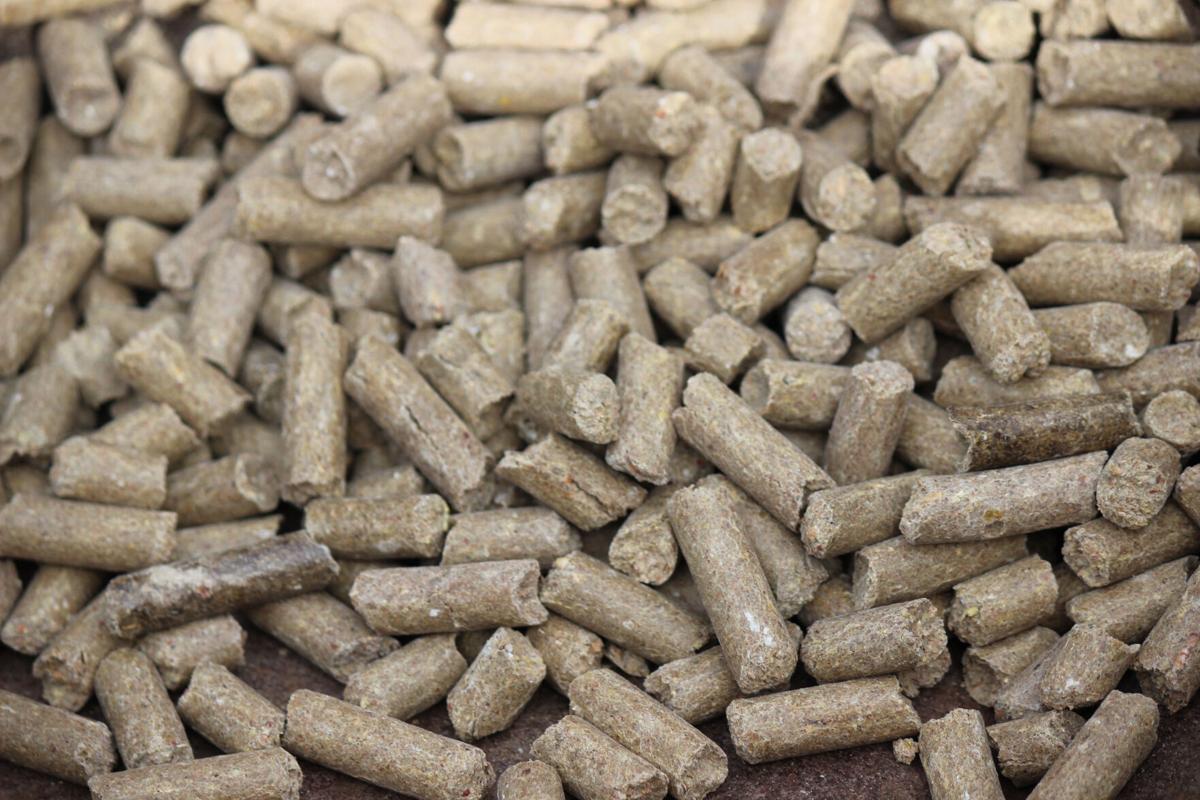 Many rations are made up primarily byproducts, making their availability and price dependent on the primary product’s demand. (Journal photo by Lacey Newlin.)

The prices of the ingredients nutritionists add to cattle rations are always on a perpetual seesaw, moving up and down in value as supply and demand dictate. Now 2020’s COVID-19 pandemic has thrown a proverbial wrench in market values of feedstuffs.

Alex Jansen, director of sales for the Livestock Nutrition Center, located in Keota, Oklahoma, said a number of factors determine the value of each ingredient added to cattle rations. First off, he noted that many rations are made up primarily of byproducts, making their availability and price dependent on the primary product’s demand.

“Byproducts are usually left over from processing a primary product,” Jansen said. “It’s a secondary, unintended result and often times in the past it was considered waste.”

“It’s like all economics, it’s about supply and demand. It starts with grain or oil seeds—corn, soybeans, cotton or maybe flaxseed and then there’s a primary product targeted, which is the reason for processing—whether it’s oil, flour, ethanol or sweetener,” Jansen said.

When COVID-19 hit, the economy slowed down, businesses and travel came to a standstill and the availability of certain byproducts for cattle rations were greatly affected.

“There was less gasoline and airplane fuel demand and, because of that, ethanol plants had to shut down because they had nowhere to go with their ethanol. When ethanol shutdown, it also halted the byproduct production of ethanol, called dried distillers grains, an important ingredient in cattle rations. The primary product went away, so the byproduct went away.”

The same occurred with demand for products in restaurants and schools when the shutdowns were in effect. The flour and sweetener demands were shifted, so their byproducts—corn gluten feed and wheat middlings—were not being manufactured.

The other factor of the COVID pandemic has been employee health and wellness. This year plants have been shut down. Different sections of the supply chain have seen disturbances and it has caused a negative effect.

“With COVID still in full-swing and uncertainty of another shutdown, the manufacturers of these primary products don’t want to take any chances,” Jansen said. “They aren’t sure if they have demand or not. For example, a flour miller is not going to pre-sell any wheat middlings. They aren’t going to sell any byproduct until they have the flour sold. And if they’re going to sell them, they are going to be at a premium. The supply and demand with COVID is even more dynamic than it is on a routine year.”

Corn is still king, but at what cost?

In the world of ration formulation for cattle, corn has reigned king as a constant standard for energy and it will most likely remain in that role, but Jansen said research has shown corn is limited in forage-based diets.

“We can feed 2 to 4 pounds of corn per calf per day or about 0.4% of body weight and the reason is that it has a negative effect on digestion,” Jansen said. “Subsequently, through time and research, we have found that the byproducts  such as starches, fats and oils out of these grains and oil seeds, are very complimentary to forage digestion. Therefore we use less corn and we use more byproducts like wheat middlings, DDGS, corn gluten feed and soybean hulls, because they provide a better nutritional product for us, especially for the cattle on pasture.”

“There is a lot more corn stored in on-farm storage, so the reporting isn’t as accurate and a lot of times we find surprises toward the end of our season,” Jansen said. “We’re coming to the end of the 2019 harvest product and we realize we might not have quite as much corn as we thought.”

Additionally, China has bought tons of old and new crop products, adding to corn’s demand and rising the price. So although corn had decreased in demand and price during the pandemic, in the last 100 days exports changed the supply and we suddenly have less corn available.

“It is still cheap relative to a lot of things, especially from a historical experience,” Jansen said. “It really comes down to uncertainty. The processors are going to take less risk because they don’t have demand. This year no one really knows what to expect and it’s a tug of war. Supply is low and demand is high, therefore the price goes up.”

What has COVID done to byproducts?

Just like the stock market and grocery store inventory, byproduct prices and demand have been all over the map in 2020 due to the demand for their primary products.

“We’re used to using byproducts and we have gotten them on the cheap in the past and we’ve found that there is more and more value to them, especially on forage diets,” Jansen said. “The reason no one wants to sell them at their normal values this year is because they were worried about COVID.”

Soybean meal is a standard for protein in rations and prices for this ingredient often have a direct correlation between other proteins.

DDGS are comparable in value to corn, however, DDGS have been more expensive as of late because of lack of demand for starches and sweeteners. Jansen said DDGS are a low-starch, good energy and protein source that works well for forage digestion.

“Demand has risen for it over the last 20 years as we’ve learned more about it,” he said. “It is heavily used in feedlots and dairies, but high fructose corn syrup demand is going down so when the demand for the primary product goes down, the byproduct isn’t as readily available.”

The demand for wheat middlings has risen because of its pelleting ability. Jansen said most pellet manufacturers use them and cubes and pellets are typically a 50 to 70% inclusion in those products. However, wheat middling supply is attached to the demand for flour, which is somewhat of a seasonal product and is often affected by imports and exports.

“If we see a lot of wheat exports and less flouring or even some flour imports, that plays into the demand for flouring and therefore the demand for the supply of wheat middlings goes down,” Jansen said.

With soy hulls, which are a byproduct of harvesting soybeans, researchers have learned that its energy values and digestibility are almost equivalent to corn.

“Soy hulls used to be half the price of corn, and today oftentimes soy hulls will trade higher than corn when the demand period is up,” Jansen explained. “Unfortunately we can only get about 2.5 to 3.5 pounds of hulls per bushel of soybeans. That’s 5% or less of every bushel and if they have issues dehulling, we can see those percentages go down to 1 to 3%.”

Supply is tight, exports can shift the market, demand is high and soy hulls are extremely volatile in that regard, and that is why a lot of times they increase feed prices.

Curiously, Jansen noted that demand for sunflower seed for birds went up during the pandemic. Sunflower seed is usually crushed and much of it goes to bird food or oils, and the byproduct of the oil is sunflower meal.

“Sunflower seed was worth more to the bird watchers than it was to the industrial oil crusher,” Jansen explained. “So all the sunflowers were funneled into being packaged for the birds rather than for the oil, so the sunflower meal was unavailable. There was more demand for bird food because people needed activities to do at home during the shutdowns so they started feeding the birds.”

Feed byproducts have no doubt been at the mercy of their primary products’ demands for as long as they have been manufactured, but 2020 has presented some unique situations that have shifted the market equilibrium. Byproduct prices, demand and availability will most likely continue to be inconsistent until the pandemic ends.