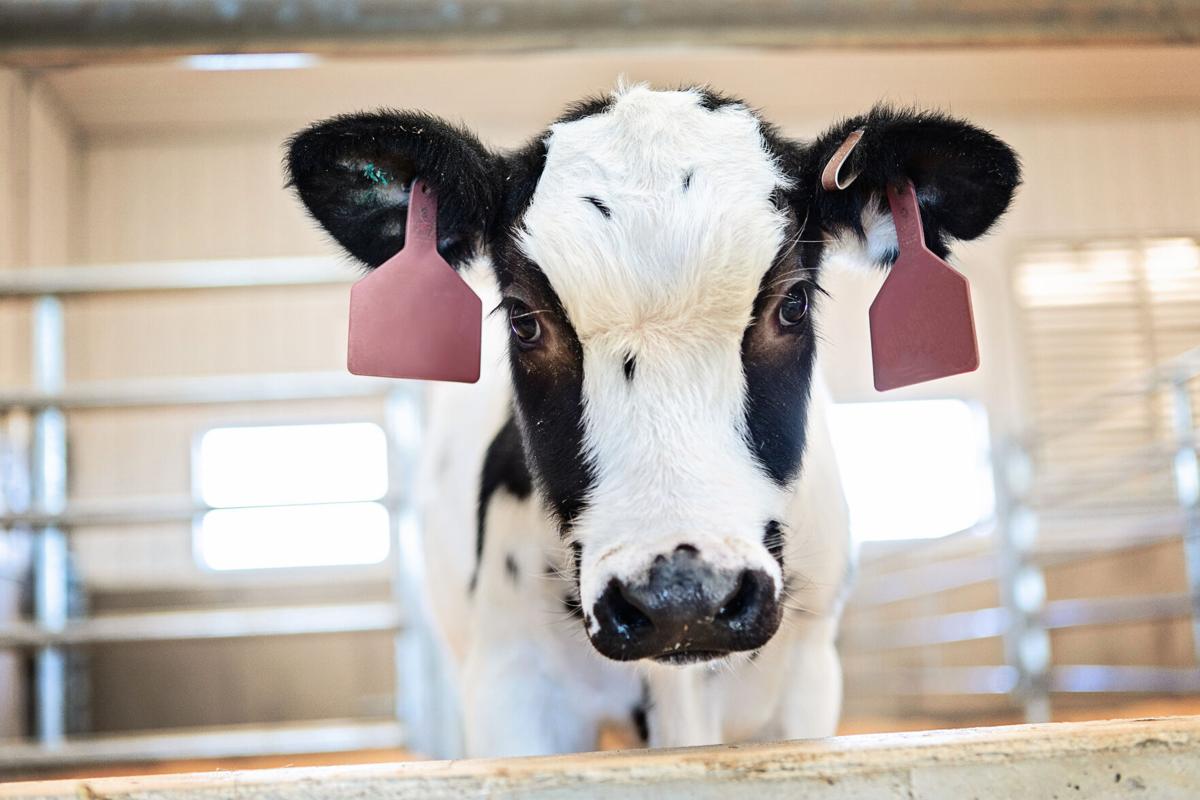 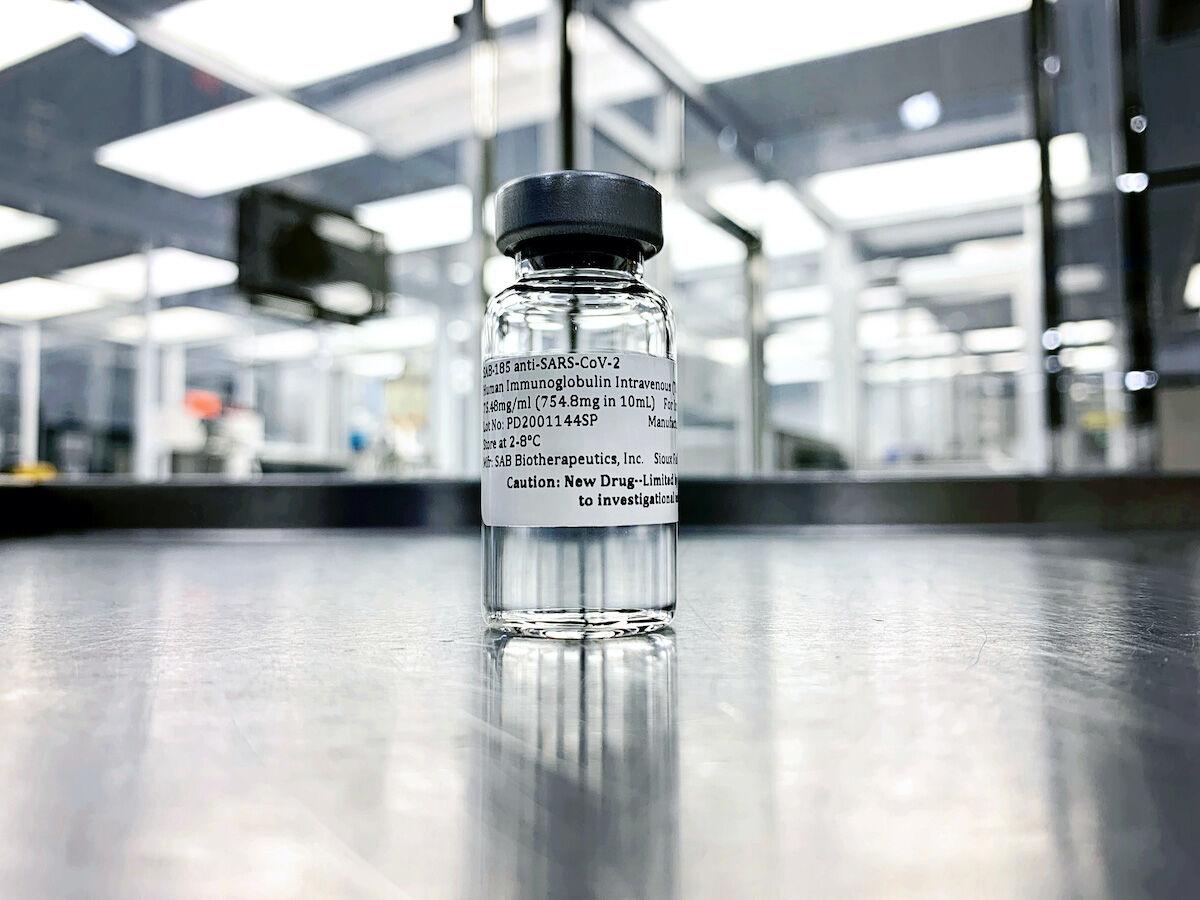 SAB prepares the vaccinations or immunizations for the cow in order to receive a targeted, intentional response from the cow. Cows are Immunized every 28 days in order to keep their immune system on its toes and ready to fight SARS-CoV-2 at all times. (Courtesy photo.) 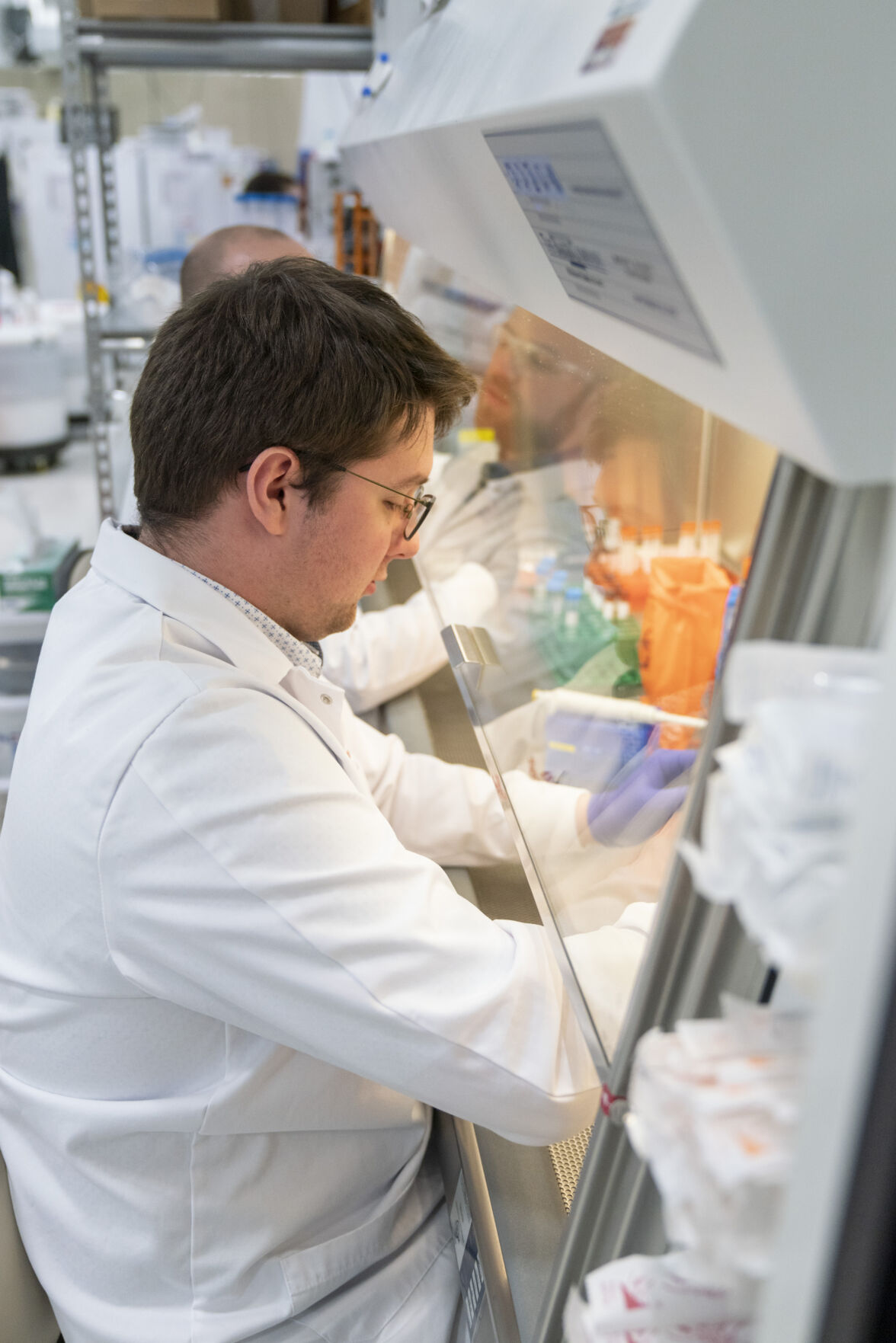 SAB is able to take plasma from the cows and isolate the antibodies that fight COVID-19. (Courtesy photo.)

The term herd immunity has been rolling off just about everyone’s tongue during COVID-19 conversations, and since the word “herd” is associated with animals, it seems fitting that a cow could change the direction of this corona-coaster by providing humans immunity and treatment. In response to the current pandemic, a clinical-stage biopharmaceutical company in South Dakota has brought a COVID-19 therapeutic candidate called SAB-185 to the frontlines of the coronavirus fight via dairy cows.

The company, SAB Biotherapeutics, is using a proprietary technology to produce fully human polyclonal antibodies from cows that have shown in recent in vitro data to be four to 12 times more potent than convalescent plasma at neutralizing SARS-CoV-2, the virus that causes COVID-19.

“What we have done is genetically engineer these cattle so that they have parts of a human immune system, so we’ve essentially turned off the bovine genes for producing bovine antibodies and we’ve inserted what is called a human artificial chromosome,” said Eddie Sullivan, Ph.D., SAB Biotherapeutics president and CEO. “When they’re exposed to a pathogen, rather that producing bovine antibodies, the cows produce fully human antibodies that are essentially identical to the human antibodies you and I produce when we’re exposed to pathogens.”

So yes, a dairy cow could stand between us and COVID-19, but how is this possible and how can it be used to prevent and treat COVID-19 patients?

“We can take a non-infectious subunit of nearly any target—a bacteria, a toxin or virus—and we introduce it to their immune system and then they begin producing antibodies,” Sullivan explained. “We collect those antibodies in their plasma and purify the antibodies just like when people donate plasma at a plasma center. That becomes a therapeutic that can be given prophylactically in a prevention setting or it can be given as a treatment that is administered by intravenous infusion.”

Dairy cows certainly pull their weight when it comes to producing milk for ice cream, cheese and yogurt, however, they are also ideal for projects like SAB’s because they are docile and they are generally easier to handle than beef cows. Cows are also very large animals, so they will produce a lot more antibodies than smaller animals or even humans. Additionally, as ruminants, they have a robust immune response, which is much more powerful than a human’s because they must keep the bacteria within their rumen in check. Furthermore, there is much known about them in terms of how to handle them and their genetics—specifically in dairy cows. They were one of the first animals that could be cloned, giving SAB ample information.

Sullivan said all of the cows used at SAB are a mix of Danish Red, Holstein and Jersey. The lab uses females because they generate 30% more antibodies than males. None of the cows are used for breeding. They simply eat, undergo immunization and give plasma.

“The cows have a pretty good gig,” Sullivan said. “They are the rock stars.”

In addition, SAB prepares the vaccinations or immunizations for the cow in order to receive a targeted, intentional response. Cows are immunized every 28 days in order to keep their immune system on its toes and ready to fight SARS-CoV-2 at all times.

“People will mount an immune response, it will writhe and then it will go down to what we call a protective level or low level,” Sullivan

Plasma is collected from the cows three times a month for a monthly total of about 35 to 45 liters per cow. In comparison, according to Grifols Plasma Centers, a human will donate between 660 to 880 milliliters of plasma based on their weight in one sitting. Additionally, the process requires the screening of prospective donors for COVID-19 antibodies, while the cows do not.

The next question is how many cows will be needed to protect and fight the virus. While SAB does not have specific numbers for the COVID-19 therapeutic at this time, with a similar product, which will be an influenza therapeutic, the technology is expected to only require about 60 to 80 cows to serve the global need for seasonal influenza.

As a preventative and a treatment, SAB-185 will consist of a single dose that would last for a period of time. More data will have to be generated to fully understand how long these antibodies will last in people.

One of the advantages of SAB’s approach, relative to collecting antibodies from human convalescent plasma, is that blood can be repeatedly collected from the same immunized cows for at least four years, eliminating donor-to-donor variations in antibody responses.

Why is this technology unique?

“Polyclonal antibodies, which is the natural way we respond to disease, have been used from animals for decades going back to diphtheria in the 1890s,” Sullivan said. “But because they’re animal antibodies, they have been limited in their application because with repeated use, your body recognizes that it’s an animal antibody and not human antibody. At the same time, there’s a lot of human polyclonal antibodies on the market, and they’ve been limited because they have to be sourced from humans and you can’t vaccinate humans to be able to take their antibodies.”

Other labs are vaccinating rats, mice and rabbits to generate a polyclonal antibody response. Sullivan said they sift through all of those antibodies and try to pick the best one and then clone them in fermenters. Then they humanize it so the human body will accept it. SAB’s technology is distinctive because it is a natural human response with a polyclonal antibody.

Hope for the future of the COVID-19 fight

“A lot of the work done at SAB has been with emerging infectious disease that are of interest to the government and are considered public health threats, such as Ebola, dengue, Zika and Hantavirus,” Sullivan said. “We were able prove out the capability of the technology through these interests with the government through grants and contracts. Last summer, we were awarded a contract from the U.S. Department of Defense to develop a rapid-response capability.”

The three-year contract was for up to $27 million and was designed so SAB could prove they could identify a threat to human health, prepare a vaccine, vaccinate the cows and in about 90 days have a therapeutic to combat it. Stage one of the contract was to demonstrate that SAB could create a therapeutic in a 90-day period. The second stage was scaling up the number of doses the firm could make within in that short period of time. By the time the pandemic hit the U.S., the lab had completed the first stage and was in the process of stage two. The third stage of the project was a live fire exercise.

Fortunately, SAB was able to easily shift the technology and begin exposing the cows to the coronavirus to start producing antibodies for COVID-19. In addition, one of SAB’s early projects consisted of a phase one clinical trial for Middle East respiratory syndrome-related coronavirus therapeutics, so the lab had a lot of information about coronavirus before the pandemic spread, making it easier for the team to pivot and start working on COVID-19 therapeutics.

In early April, the Department of Defense and the Biomedical Advanced Research Development Authority granted SAB $7.2 million to support preclinical and manufacturing studies of SAB-185. And on April 16, the agencies awarded SAB up to an additional $9.4 million to expand the scope of its rapid response contract.

At this time, SAB is preparing to submit their therapeutic to the FDA, then it will be up to them in reviewing the material as to when SAB would be given the go ahead to begin trials. Sullivan said it is being diligently evaluated, but also accelerated due to the urgency of the COVID-19 situation.

During the 2020 coronavirus pandemic, everyone is hoping to receive herd immunity for the well and a treatment for the sick. At the end of the day, we might be thanking a dairy cow for the scientific breakthroughs that stop the coronavirus right in its tracks, and that is no bull.

According to the Foundation for Biomedical Research, if you have ever taken a medicine or had a medical procedure, you have benefited from animal testing and research. Animals have played numerous roles in the development of modern medicine over the years and the improvements have added years to both humans and animal lives.

One notable contribution was made in 1929 when Sir Alexander Fleming first discovered the mold that would later become a game-changing antibiotic—known as penicillin—and mice were his first drug recipients. When the first pacemaker was developed in the 1950s, dogs were a crucial piece of the necessary research.

One of the few pandemics ever experienced on this planet was caused by the smallpox virus. It was finally eradicated in 1980 with a vaccine that was derived from studying a similar virus in cattle called cowpox. Another example is kidney disease and life-saving dialysis, which would not be available without testing on dogs, rabbits and monkeys. Animals also benefit from the testing because dialysis is administered by veterinarians to give pets long and happy lives.

Gelatin, derived from pigs and cattle is used to make gummy vitamins and pill capsules to deliver our medicines. Furthermore, surgeons use cow and pig heart valves as replacements in the human body. In addition, pig skin is used as a skin graft for burn victims and provides excellent pain control and cover for such injuries. Finally, Dolly the sheep, the poster child for animals in science, earned her place on this list when she became the first cloned mammal in 1996. In many cases animals were essential to the advancements in Western medicine and the reason we live longer and suffer less.