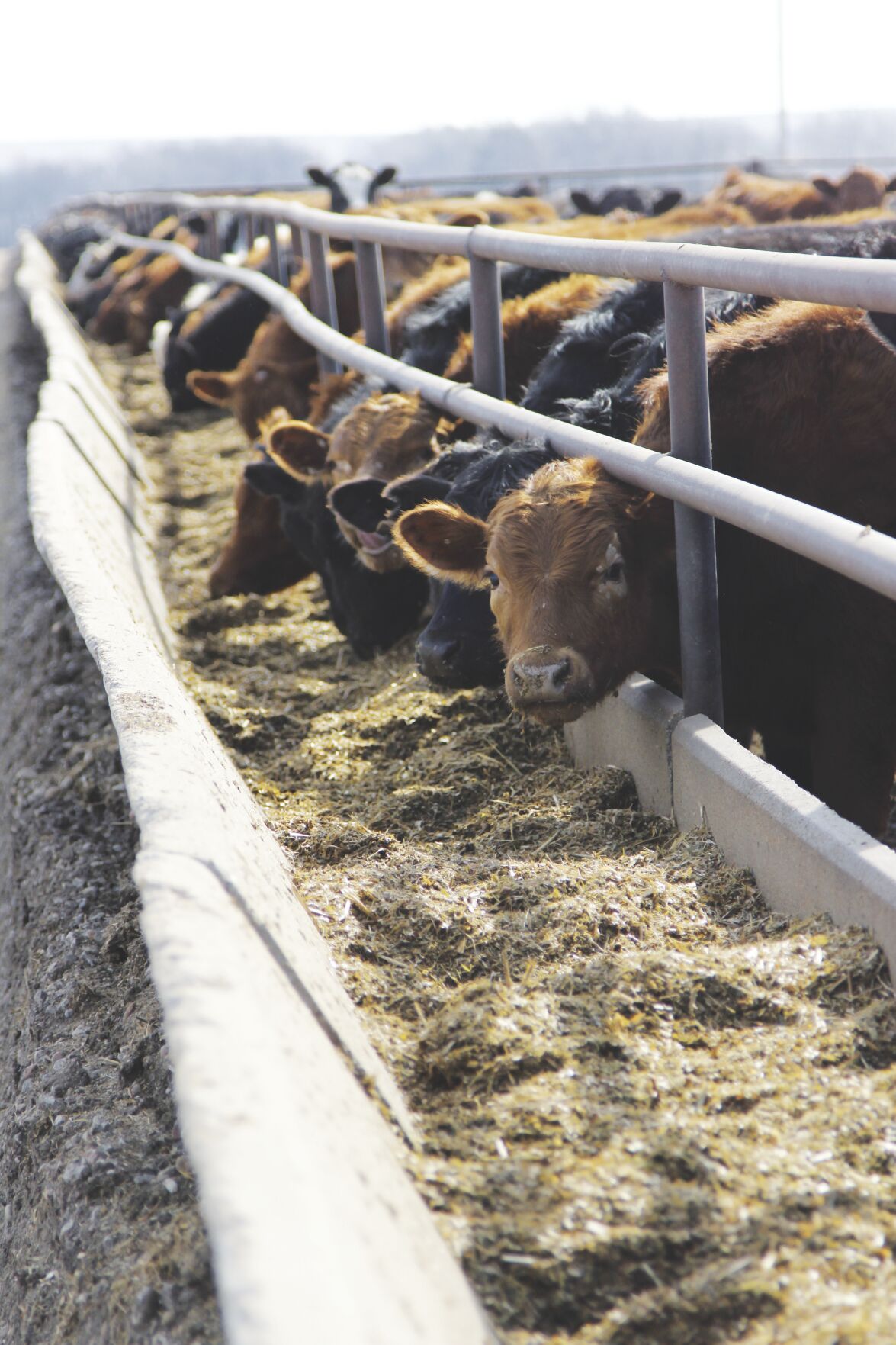 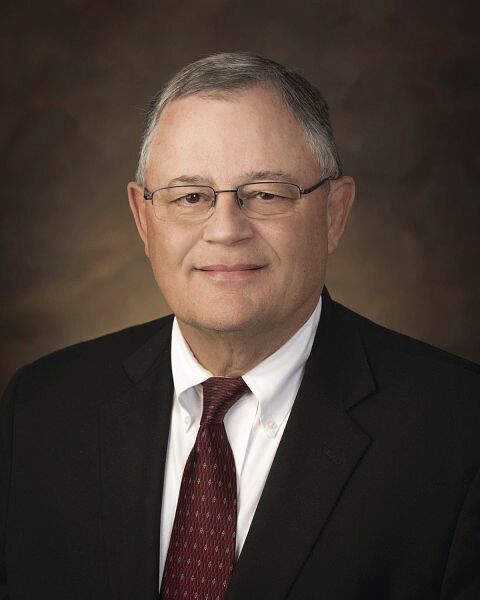 Bohn, a recently retired Kansas cattle feeder, managed Pratt Feeders for 34 years. He gave his insights on current issues facing cattle producers. The cattle market is complex and full of challenges and issues, according to Bohn.

NCBA has been actively involved in trying to address some of these issues, he said, and market transparency is near the top of the list. Producers want to know what’s really going on with the market, what’s out there and how we can better transmit what’s going on in the marketplace in the different types of marketing arrangements that are out there.

“Obviously processing capacity is a big, big issue,” Bohn said. “Market oversight by the government and do we want mandatory government intervention in our market and those kinds of things, and then finally, price discovery and the debate about is how much price discovery do we need. Do we have enough today? Are we are inadequate today?”

“We are looking at possibly challenging USDA to see if they can modify those confidentiality rules, specifically for Colorado, but it comes into play in other parts of the country at certain times also,” he said. “But primarily in Colorado.”

Livestock mandatory reporting is one of the vehicles in the government to address cattle market issues. It did expire at the end of September and Bohn said the government has chosen to keep kicking the can down the road.

“I think they've reauthorized that again along with their spending bills until sometime in December,” he said. “What our expectation is, is that it will be reauthorized for one year. But at some point we need to be able to dig into the livestock mandatory reporting law and maybe make some adjustments.”

“We're also looking at how we can get more timely reporting of carcass weights,” he said. “I think the report that we currently get is pretty dated by the time it comes out, and certainly more and better information on formula trading.”

The “formula bucket” is kind of a catch-all and Bohn thinks it needs to be more detailed to provide more and better information going forward in the market.

In the last two years, there’s certainly been a lot of head winds and black swan events creating disruption in the markets. The Holcomb plant fire caused a back up of cattle and disrupted the flow of cattle across the country.

“I would contend that the supply and demand of the market was delicately balanced prior to the fire at the Holcomb plant in Kansas in 2019,” Bohn said. “It started a backlog and a disruption in the market that I would contend is still ongoing today.”

The events of 2020 and the pandemic shut down plants and some even got down to near 50% capacity for several weeks in a row. Estimates at the time said it backed up more than a million head of cattle that had to be absorbed back into the system.

“On top of all of the regularly placed cattle that are already going on feed at the same time,” he said.

Then the polar vortex hit the southern part of the country. Some packing plants shut down because of no natural gas. Those events backed up cattle again that had to be absorbed into the system.

“On top of the regular scheduled slaughter that was already in place, you go further into the spring, JBS computer systems and their operations got hacked,” Bohn said. “We backed up cattle again. The JBS plant fire in Grand Island, Nebraska, I believe they were down for a day and a half to two days and again, just not big numbers but had backed up cattle that would have normally been processed.”

Additionally, many packing plants are also dealing with aging infrastructure and there’s been more breakdowns than previous years. Bohn said Cargill plants in Dodge City, Kansas, and another in Nebraska had to shut down for nine to 11 days for refrigeration unit upgrades mandated by USDA.

“I contend that the biggest challenge the market in the industry has today is the continued backup of supply,” Bohn said. “There's no doubt that we're out of balance with a supply of cattle exceeding the narrow funnel and the packing plants.”

Leverage issues continue to be a problem. There’s more cattle ready than can be processed right now, according to Bohn.

Another big issue is the disparity between what beef prices are and the price producers receive for their fed cattle.

“It's not being shared equitably and so we've got to work on addressing that and getting the leverage back in our court if you will, and it's a work in progress,” Bohn said. “I think we're beginning to see a little progress in that area, but we've still got a long way to go.”

Bohn said there’s been some proposals put out by the government, by Congress and USDA to address this issue. Iowa Sen. Charles Grassley’s bill, 50-14, would mandate that 50% of the cattle sold each week would be sold on a negotiated cash basis for delivery in seven to 14 days. There's a companion bill introduced by Nebraska Sen. Deb Fischer , which is called the 30-14 bill, her bill would mandate that 30% of the cattle be negotiated each week, and delivered within 14 days. The Grain Inspection, Packers and Stockyards Administration rule keeps coming back up as well, Bohn said.

“We have beat it back several times over the past 10 years,” he said. “There's a concern that GIPSA could come back up and one of the things that could be harmful to our industry is the harm to competition rule.”

“For instance if I sold a pen of cattle at a certain price and my neighbor didn't get that same price, then he could sue me, or sue my buyer for not paying him the same price, regardless of the quality of the cattle,” he said. “So it's important that we protect that harm to competition so that we don't have this onslaught of lawsuits in the industry.”

Bohn also sees the need for the authorization of livestock mandatory reporting and subsequent updates.

“We need to get that authorized for longer than one year at a time and there are some changes that need to be made and we're going to continue to work on trying to get that done,” he said.

At its convention in Nashville this past summer, NCBA appointed a task force to work on livestock mandatory reporting.

“We've asked the Department of Justice to finalize their investigation of the cattle markets and all the things that have happened over the last two years,” he said. “For some unknown reason that's dragging out and they have not done that and we continue to push them that we've asked for that, and will continue to push to try to get that done.”

Despite the challenging environment cattle producers face, Bohn believes there are some good things going on in the business today.

He is, however, concerned the beef prices have gotten so high that it could degrade consumer demand as they look for cheaper alternatives because of higher prices, inflation and other factors.

“But I think at the same time, the fact that the prices are high and beef demand is still outstanding speaks well for the quality and consistency of our product that we have today,” Bohn said.

During the last month, there’s been more than $1 billion worth of beef exported to other countries, and that’s the first time on a monthly basis that has happened, according to Bohn.

“Japan continues to be our No. 1 market,” he said. “They were the biggest amount of beef export in Japan this year so far. South Korea is a growing market—they were up 17% from a year ago. It's estimated that South Korea will become the number one export destination for U.S. beef in the coming months.”

The Chinese export market was “a shining star” up 137% from a year ago.

“They're continuing to grow, so the export arena is a very positive one for us,” he said. “The prices today are probably benefiting from exports well over $300 a head and probably $350 a head.

Bohn believes there is more good news on the horizon. After looking at Cattle Fax data he expects the fed cattle market to move higher later this year.

“There is some expectations for particularly with holiday demand coming up and those kinds of things and a few less cattle being ready that we can maybe get in that direction,” he said. “They're also estimating that 2022 average fed cattle prices could average as high as the mid 130s. Fed feeder cattle supply should decline as we go into 2022, particularly the last half of the year.”

Drought could push the number of cattle on feed placements down or to become not as consistent. Supplies might be getting more imbalanced with the limited packing capacity.

“If some of these new plants come online, we're probably still two to three years away from actually being viable,” he said. “So we've got to continue to work with the capacity that we have and all of these things should lead to better cattle feeder leverage as we go forward and that should improve our ability to negotiate some better prices as we move forward.”