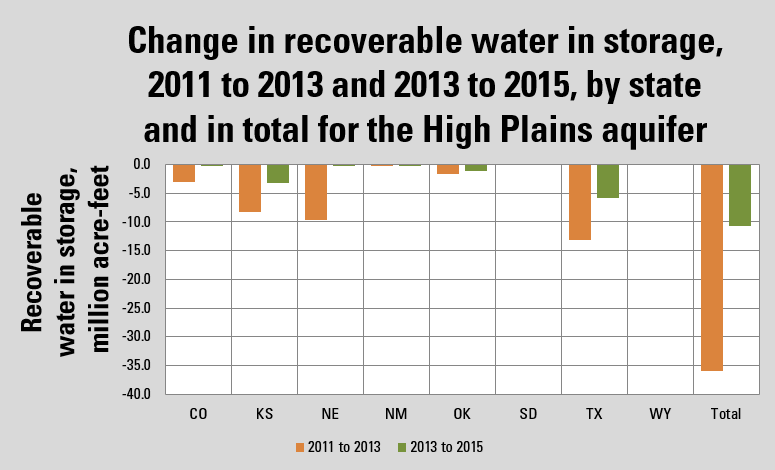 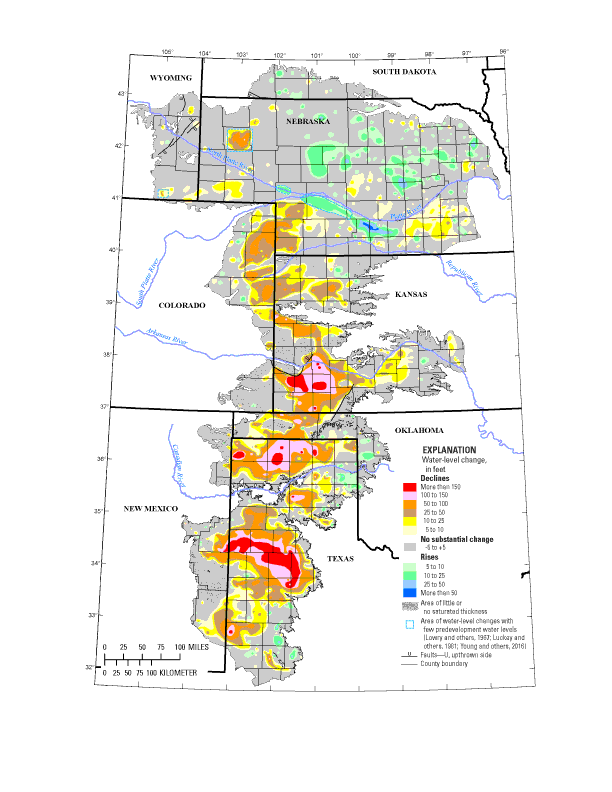 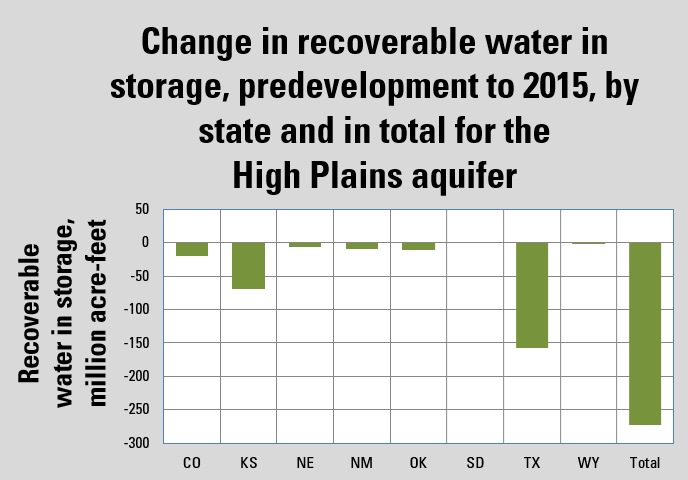 The U.S. Geological Survey has released a recent report detailing changes of groundwater levels in the High Plains aquifer. The report presents water-level change data in the aquifer for two separate periods: from 1950—the time prior to significant groundwater irrigation development—to 2015, and from 2013 to 2015.

The High Plains aquifer, also known as the Ogallala aquifer, underlies about 112 million acres, or 175,000 square miles, in parts of eight states, including: Colorado, Kansas, Nebraska, New Mexico, Oklahoma, South Dakota, Texas and Wyoming. The USGS, at the request of the U.S. Congress and in cooperation with numerous state, local and federal entities, has published reports on water-level changes in the High Plains aquifer since 1988 in response to substantial water-level declines in large areas of the aquifer.