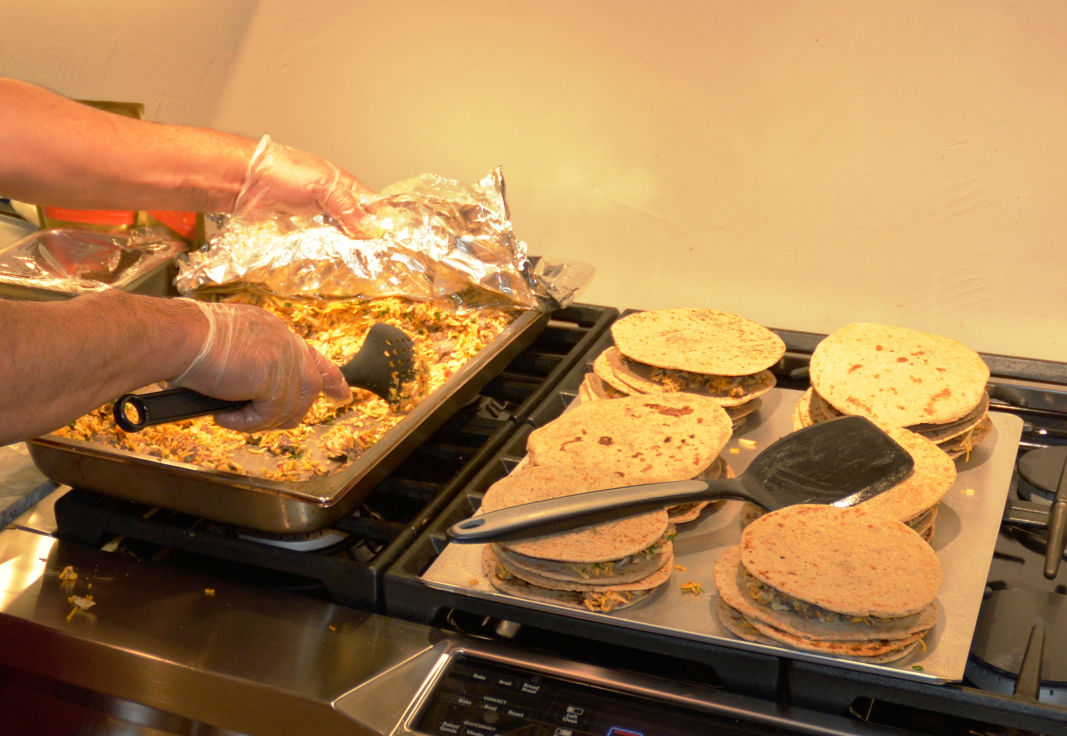 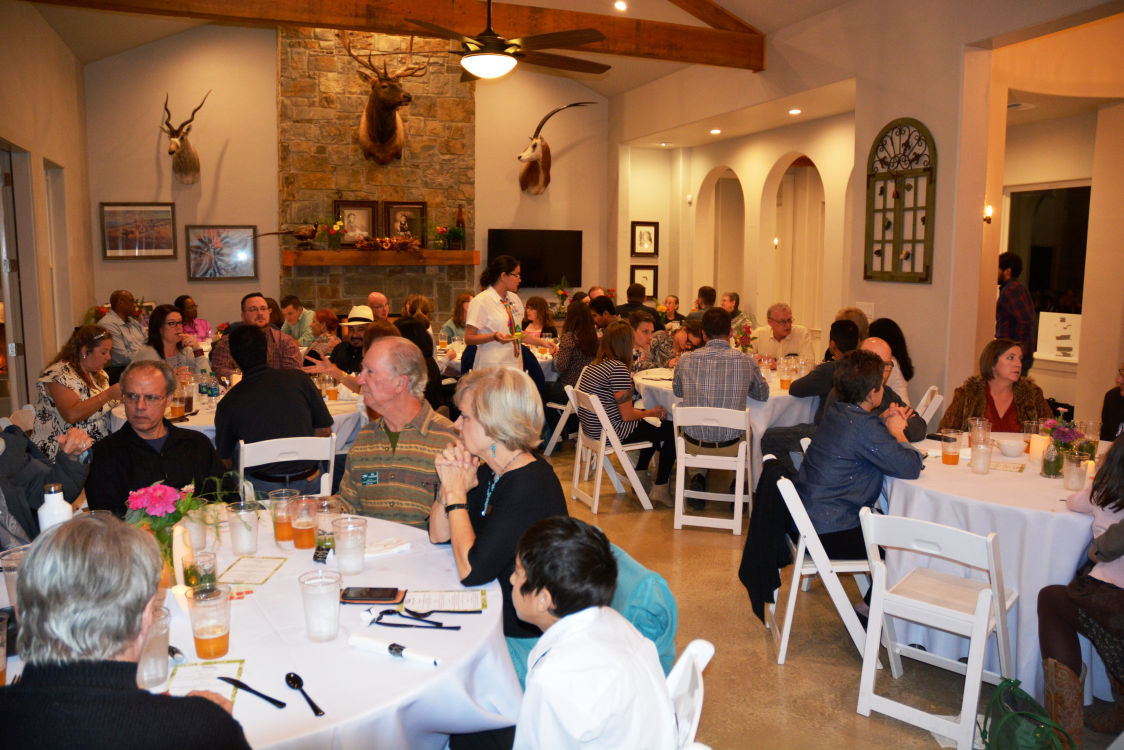 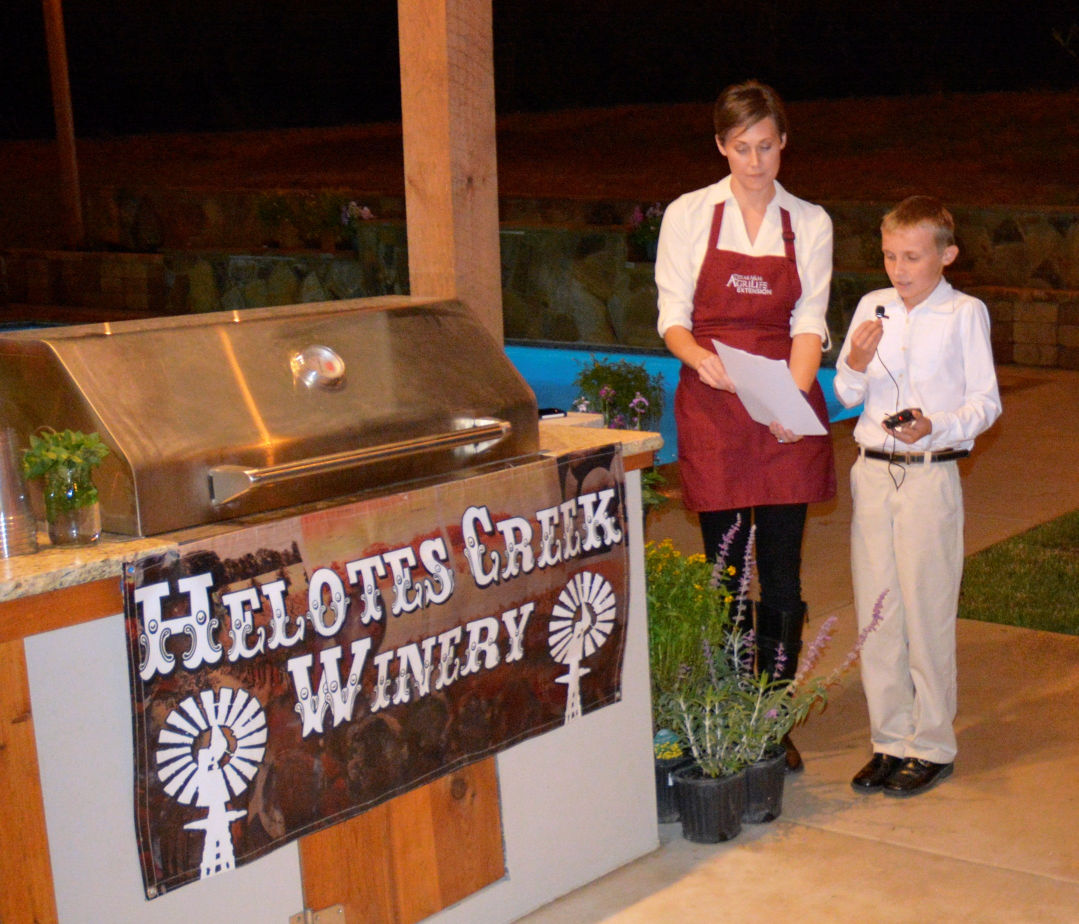 Molly Keck holds script for Ian Kusch as he tells Bug Banquet attendees about his interests relating to entomology and educates them on the history and practical aspects of entomophagy. (Texas A&M AgriLife Extension Service courtesy photo by Paul Schattenberg.)

Molly Keck holds script for Ian Kusch as he tells Bug Banquet attendees about his interests relating to entomology and educates them on the history and practical aspects of entomophagy. (Texas A&M AgriLife Extension Service courtesy photo by Paul Schattenberg.)

An Australian man made national news recently and was dubbed “Ant Man” after surviving for almost a week in the unforgiving outback by eating ants—something he had seen survival expert Bear Grylls do on television.

While such a tale is unusual, entomophagy or the eating of insects for food goes back tens of thousands of years and continues today, said Texas A&M AgriLife Extension Service entomologist Molly Keck for Bexar County.

“People in the United States and in other Western cultures usually find the idea of eating insects unappealing, but bugs are a normal part of the diet in many countries of the world,” Keck said.

Keck recently hosted a unique entomophagy dinner event at a private residence near San Antonio. More than 70 people paid $35 each to attend the Bug Banquet she coordinated to educate people on insects as a food source and to serve them unique foods prepared with insect ingredients.

Dinner was prepared by chef Jose Cervantes and Bexar County 4-H Food Challenge team members, with assistance from other area 4-H members and employees of the AgriLife Extension office for Bexar County. Members of the 4-H Entomology Team greeted attendees at the door and helped serve the meal.

The menu included fire ant queso dip, candied pear salad greens with roasted mealworms, goat cheese quesadillas with tortillas made with cricket flour and baked apples with cricket granola. Drinks included a cocktail made with honey produced by bees provided by AgriLife Extension to the San Antonio Food Bank to help increase pollination of the Food Bank Farm and for agency vegetable and fruit trials there.

Vegetables used in the evening’s dishes were harvested from the Children’s Vegetable Garden, a joint youth horticulture program of AgriLife Extension and the San Antonio Botanical Garden.

Reece Moffitt, a violinist who won recognition in the musical instrument competition in the statewide 4-H Roundup, provided entertainment for the event.

“Diners had the opportunity to eat an expertly prepared four-course meal made with delectable insects paired with an appropriate cocktail, beer or wine,” she said. “Our goal was to give them an enjoyable and unusual dining experience while introducing them to a new way of thinking about their food.”

One of Keck’s youth entomology program participants, Ian Kusch, was given an opportunity to speak to the diners about his interest in entomology and entomophagy.

“My interest in entomophagy began while I was preparing for a science fair,” said Kusch, who has been an entomology program participant for the past six years. “I’ve always been interested in insects, but then I learned about how people in many countries eat them and how they are a good source of nutrition.”

Keck also spoke to the attendees, explaining how insects can be a viable “agricultural product” and alternative or supplemental food source for an ever-growing world population.

Gary Saathoff of Devine was one of the Bug Banquet diners, but this was not his first experience with entomophagy.

“I’ve actually eaten insects before, but that was mainly during military survival training and while teaching wilderness survival skills to Boy Scouts as an adult leader,” Saathoff said. “Of course, they were raw and didn’t taste very good.”

He said this “bug-eating” experience was far more enjoyable.

“The mealworms in the salad added a buttery and nutty flavor,” he said. “I couldn’t really taste the fire ants in the queso, so they didn’t affect the flavor and I know they provided extra protein.”

Another diner, Patrice Cole of Adkins, whose family is involved in beekeeping, said she was hesitant when she first heard about the event.

“But when I got here and saw how the food was being prepared and how good the menu looked, I wasn’t squeamish,” Cole said. “You couldn’t really taste the insects in some of the dishes. And in the ones where you could taste them, they added an interesting flavor that balanced the other flavors. Everything was really nice and the food was presented really well.”

Keck said she thought the event was both a culinary and educational success.

“Based on what I heard at the Bug Banquet and after it, everyone had a good time and people were pleased with the menu and the quality and taste of the food,” she said. “It was also a good opportunity to let people know that insects are a viable agricultural product and can be part of the solution toward ensuring the future food security of the planet.”