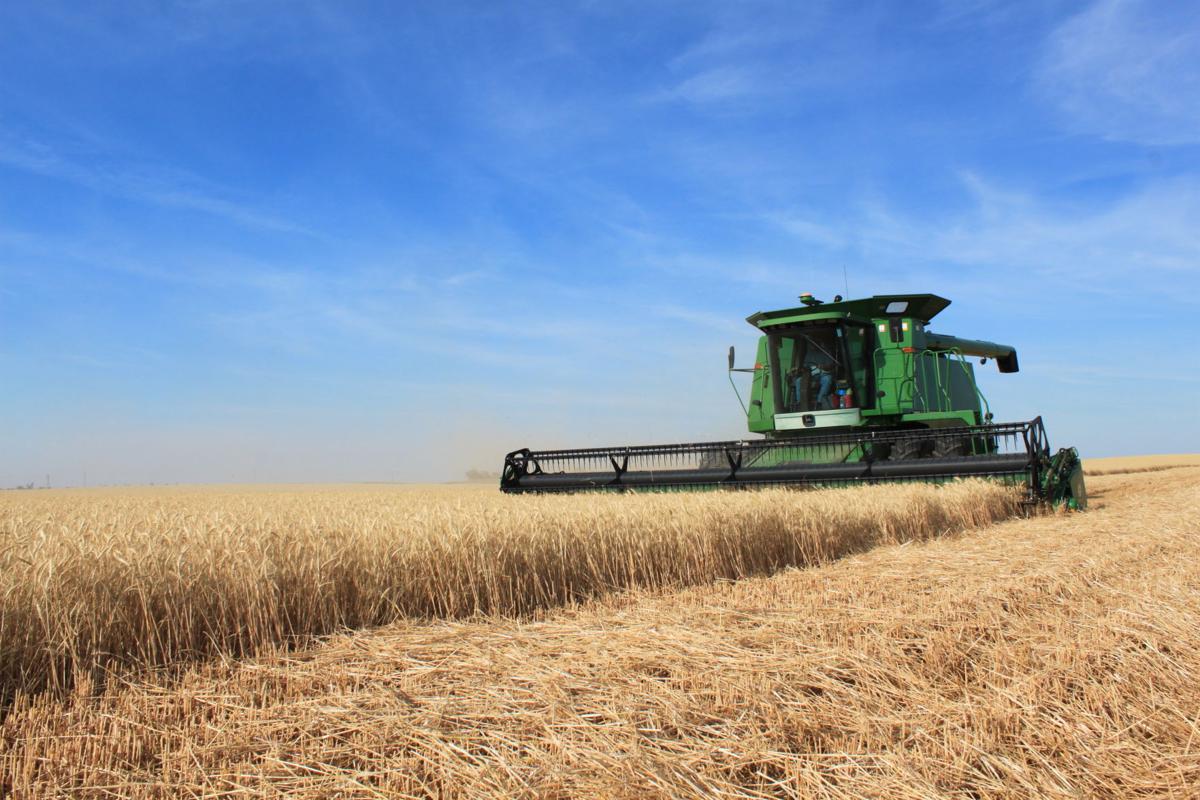 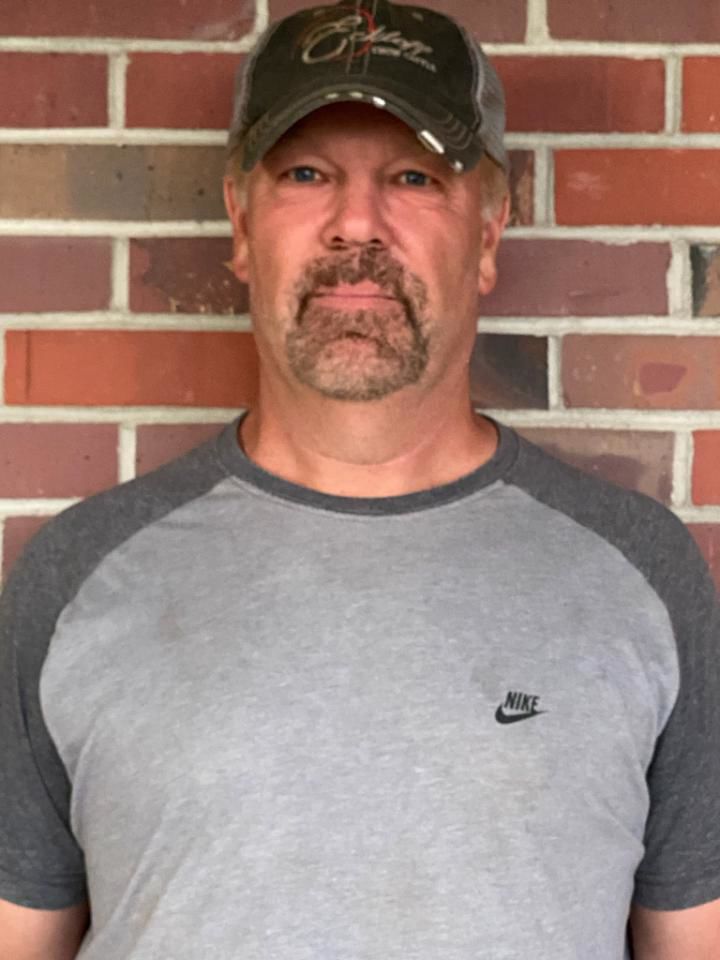 Rural America and agriculture are intertwined with family and are evident during wheat harvest. Royden, Rodney and Darin Derstein examine chaff in Ford County, Kansas. (Photo by Diana Derstein.)

From Food for Peace and humanity airlifts, High Plains farmers and ranchers have been at the forefront of feeding our country and humanity. They have been benevolent in nonprofit organizations that have donated food to the needy through ecumenical programs.

2020 will be more than a footnote in a history book as this country continues to fight its way through a pandemic that shuttered many workplaces and non-agricultural manufacturers.

Agriculture was deemed essential earlier this year by President Donald Trump, the U.S. Department of Agriculture and Department of Homeland Security. As we look to mid-year and celebrate Independence Day, it seems fitting to salute humble farmers and ranchers who do not crave the limelight. Producers, in rural America style, take it in stride.

Ward Eckloff, Minden, Nebraska, said the recognition reinforces the impact agriculture should have on all Americans.

“People still need to eat,” Eckloff said, “and they can take it for granted.”

Eckloff raises corn, soybeans and alfalfa, and he also has a commercial cow-calf operation and raises club calves and registered cattle of different breeds.

Corky White, Paris, Texas, a cow-calf operator who has also raised hay for more than 40 years, notes consumers have a desire to enjoy their meals at a reasonable cost.

“We all like to eat three times a day and I cannot think of anything more essential for every American than having that availability every day,” he said. “We can talk about prices and recognize that all things are cyclical, but perhaps with this recognition we can enjoy something we all have in common.”

In agriculture, there are no off days, Eckloff said, adding every day is required to provide the food that Americans desire. “It is something you cannot shut down.”

Seventy-five years ago farmers and ranchers were singled out as an essential business, both producers said.

“The last time agriculture was recognized to this level was likely during World War II when we were able to feed the whole world,” White said. “There is a history with this country of not only supplying food for all the troops, but their families at home and helping other countries that could not feed themselves.”

The number of people who died from hunger and war in Europe alone was staggering and led to a change in the mindset on that continent. Europe recognized how it needed to be pro-agriculture in its policies and in particular to protect its farmers at any cost, White said.

“They had famines and they did know firsthand what the human cost was (to not protect agriculture) so they did not want to have to go through that again, and you can understand why they had that mindset.”

Not an easy task

Low commodity prices, from grain to livestock, have hit farmers hard. Eckloff has friends in Nebraska who were hit hard by a late winter storm and floods in 2019, he said.

The margins are much narrower and good planning is the only way to stay ahead, and even in 2020 a tight year became much tighter before the production season started in earnest. His irrigation plan also gets pressed because of uncertainties in how much water is going to need to be applied during the height of the growing season.

“There are a lot of unknowns in this industry,” Eckloff said. “You can just control what you can because so many things are out of your control.”

Farming is so challenging in all aspects, Eckloff said, adding that regardless in good or bad times a producer has to keep an eye on many aspects of his operation, particularly with the financial side, or it can quickly get away from him.

White said producers are so efficient today that it can, unfortunately, take a backseat to competing interests. Farming and ranching requires timeliness. For example, grain producers have a short window to plant at an optimum time. Applying fertilizers or pesticides also has a short window for top effectiveness, and an ideal harvest timeframe ensures quality, White said. If producers miss their window in any of the aspects of the operation, whether by Mother Nature or by human error, it can mean the difference between a profit or a loss for an entire year.

Livestock producers, regardless if they tend to cattle, hogs, sheep or goats, have an everyday timeline, he said. An unexpected loss of even one head has an economic and emotional impact on their operation.  The challenges in all segments of production agriculture are timeless but certainly are in the forefront in 2020.

“No. 1 is cash flow,” White said, adding that producers have an eye on costs and other variables, and they also need to support their family. It is not always a return on the investment or what they need to make to get by, he said.

As a result producers have to find ways to keep investing in their operation or they won’t be efficient in the long run, White said.

Beef prices have been a unique challenge in 2020 for cow-calf and hay producers has been beef prices from the farm level to the consumer, White said. The slowdown of the packing plants has rippled both ways. Cattle producers have not been able to capture their share of what should be a strong demand for protein. Conversely, consumers have seen higher prices in the grocery stores. The disconnection has made it a tougher story to relate.

“Maybe in some ways it is a miracle we even got by. We want it to be better and I’m sure I’m not alone. We are not getting a price that’s close from what these things cost us today,” White said.

Eckloff said the tie to the land gives producers a relationship that few Americans can appreciate.

“If you don’t love it, you just couldn’t do it. If you are not into it, it won’t work. You have to love it,” Eckloff said. “It is not something that is 8-to-5 Monday through Friday. It’s a way of life.”

White said a producer also has to be patient, and enjoying the seasons from the early morning sunrise to sunsets provides a sense of tranquility and peace even in turbulent times.

“You have to be here amongst it all to understand it.”

Eckloff said he likes the fact that living on the farm he has many freedoms that make rural living unique. He has a great appreciation for the heartland, his fellow producers and the communities they do business in.

“People who live in the Midwest are the best people through and through. A handshake, fist bump or your word is your bond. The lifestyle is conducive to a good way life and healthy way of life.

White offers a similar sentiment. “I do believe that when all things are going well out in the countryside, then it makes all of this worth it.”

He noted that perseverance is a trait that cannot be underestimated or placed a value on. Producers, regardless if they plant crops or livestock, have to be diligent to their profession.

The business of agriculture, which contains many unknowns each year, requires White to have faith in God. “I could not do it without God and his willingness to protect me and to keep me on point. I could not go through all this without him working with me.”