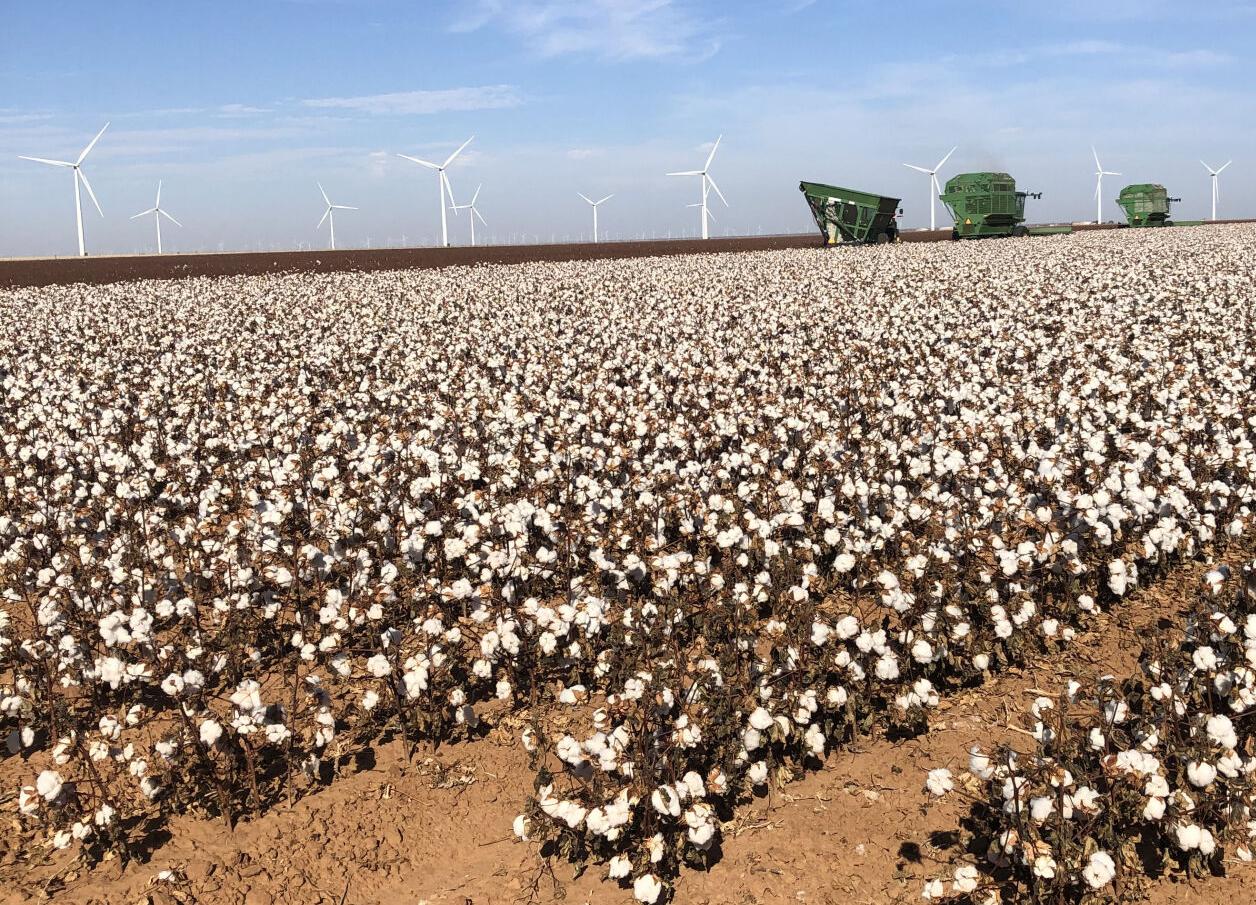 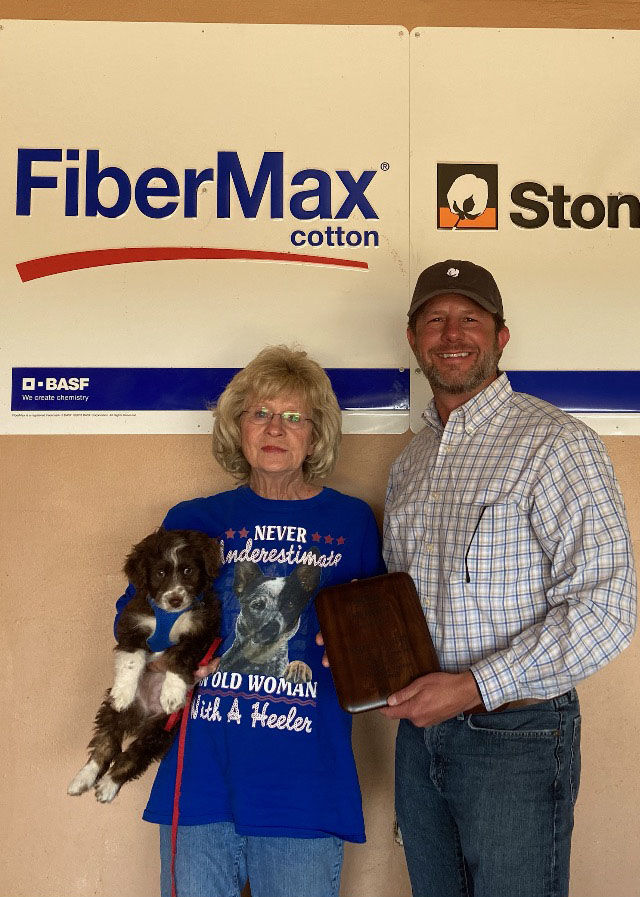 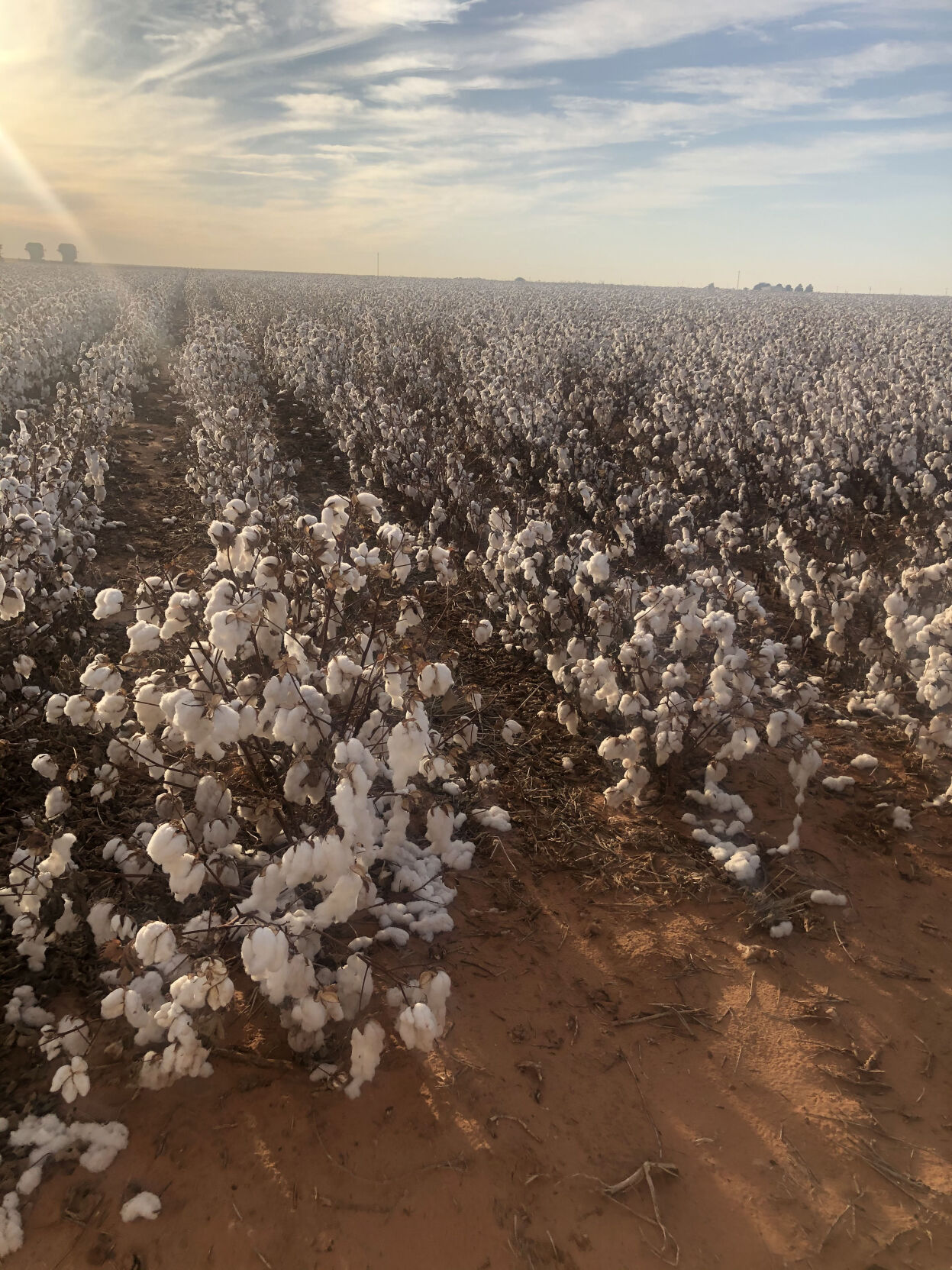 Most who meet Kay White of Lamesa, Texas, are taken in by her sparkling smile, cheery disposition and love for dogs—but do not let her unassuming attitude fool you. She is a cotton boss lady and oversees 2,800 acres in west Texas, but her rank is tempered by a sweet, southern accent and substantial cotton cultivating expertise. White grew up on her family farm in the Lamesa area and has lived there ever since. She is an only child, so the farm passed on to her.

“I have never lived anywhere else,” she explained. “My husband, Benny, and I got married and we started farming in 1962. He and I farmed together and had a crop-dusting service and sold seed and chemicals for 57 years. He passed away in 2017 and then I just continued to farm. I have good farm employees. I own most of my land, so I just keep raising cotton.”

White’s operation includes 10 irrigated pivots and 80 acres of drip irrigation. Cotton is the only crop she grows, so she works to keep up to date on new varieties and growing methods.

“I plant a lot of FiberMax and Stoneville cotton,” she said. “We have to have something that is somewhat drought tolerant and we look for good fiber quality, because you need to get every dollar our of each pound of cotton.”

Fortunately, pests do not usually hold back White’s cotton crop; however, water is a limiting factor.

“At this point, we don’t really have a lot of pests other than nematodes in our ground where we’ve watered all these years,” White said. “But we have minimal rainfall in west Texas and our irrigation is just supplementary to rainfall. However, our water quality as well as quantity is declining, so that’s a major concern.”

She said good, consistent rains need to fall up and down the line to replenish the Ogallala Aquifer that so many farmers depend on to water their crops. White also pointed out that for the last three or four years the area has been in somewhat of a drought, causing quality concerns.

“Back 20 years ago, we had very good quality water, but now the quality has gone down because we are getting a lot more salts in it, so the crops don’t grow as well with the water,” she explained. “I don’t know of anything that can be done about it, we just need the good Lord to send us some rain.”

“Years ago, my husband and I did most of the farming ourselves. Now I’m the one that drives around and checks the planting, picks out the cotton varieties, when we plant and just tries to outguess the weather.”—Kay White

White is still a hands-on farmers, but she no longer drives much of the machinery. For that, she relies on trusted employees while she wears the hat of farm decision maker. White also has one son, Kenneth, who is involved in the farm.

“Years ago, my husband and I did most of the farming ourselves,” White said. “Now I’m the one that drives around and checks the planting, picks out the cotton varieties, when we plant and just tries to outguess the weather.”

Although women continue to take on more leadership roles in their occupations in general, they are still not as common in agricultural management. However, White said more and more women are taking on leadership roles in on-farm production than they did when she started farming in the 1960s.

Although White has a deeply rooted passion for agriculture, at times during her years behind the wheel of a tractor and walking her cotton fields, she has felt extra pressure to prove herself amongst the boys.

No matter your gender the agriculture industry is a challenge, but for those with steadfastness resolve, it is also a fulfilling occupation for those who feel a connection to the soil and the products it yields.

“I guess it’s just the love of the land,” White said. “There’s not anything any more enjoyable than to plant a crop and watch it grow. I love everything about farming. It’s hard work and it can be rewarding or not rewarding, but I’m proud of my land and farms and I want to protect them and make sure they are well-kept and I’m able to pass them on to my family.”