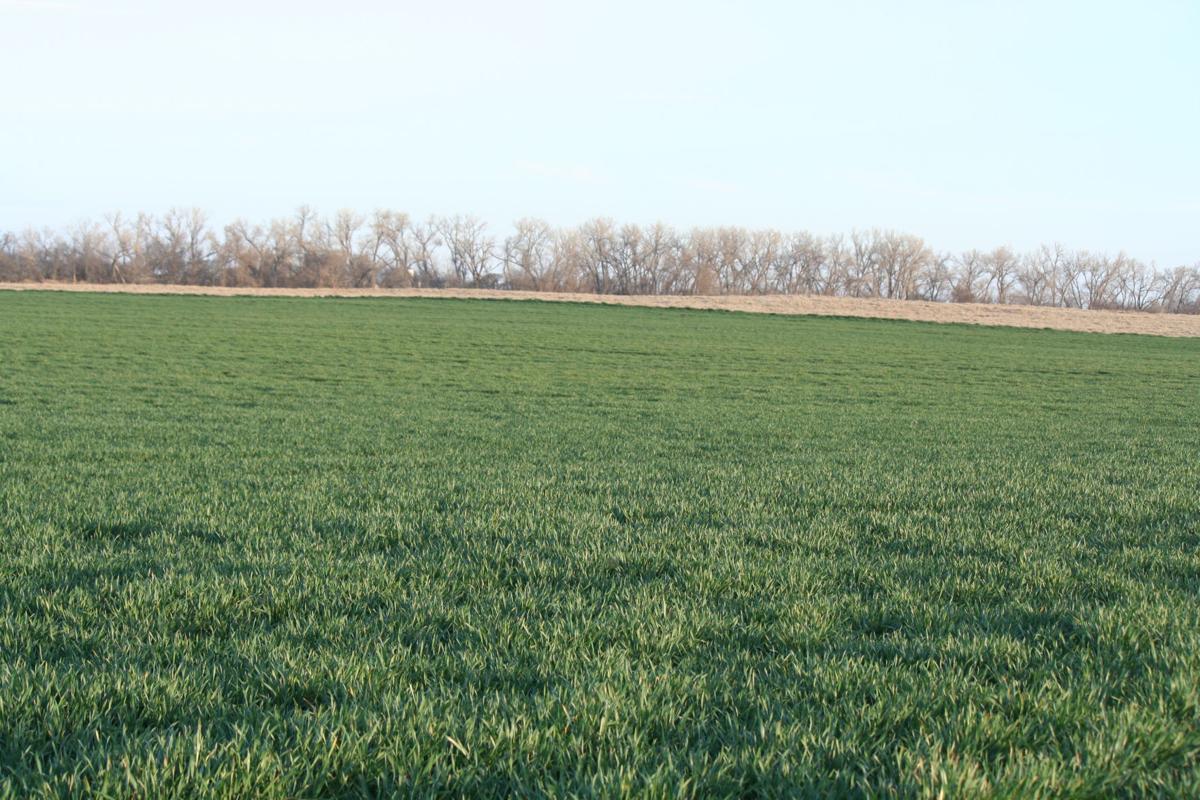 Wheat pasture is a common forage for stocker calves in winter months, but balancing the ration with supplements will allow cattle to meet all their nutritional needs and better utilize energy. (Journal photo by Lacey Newlin.) 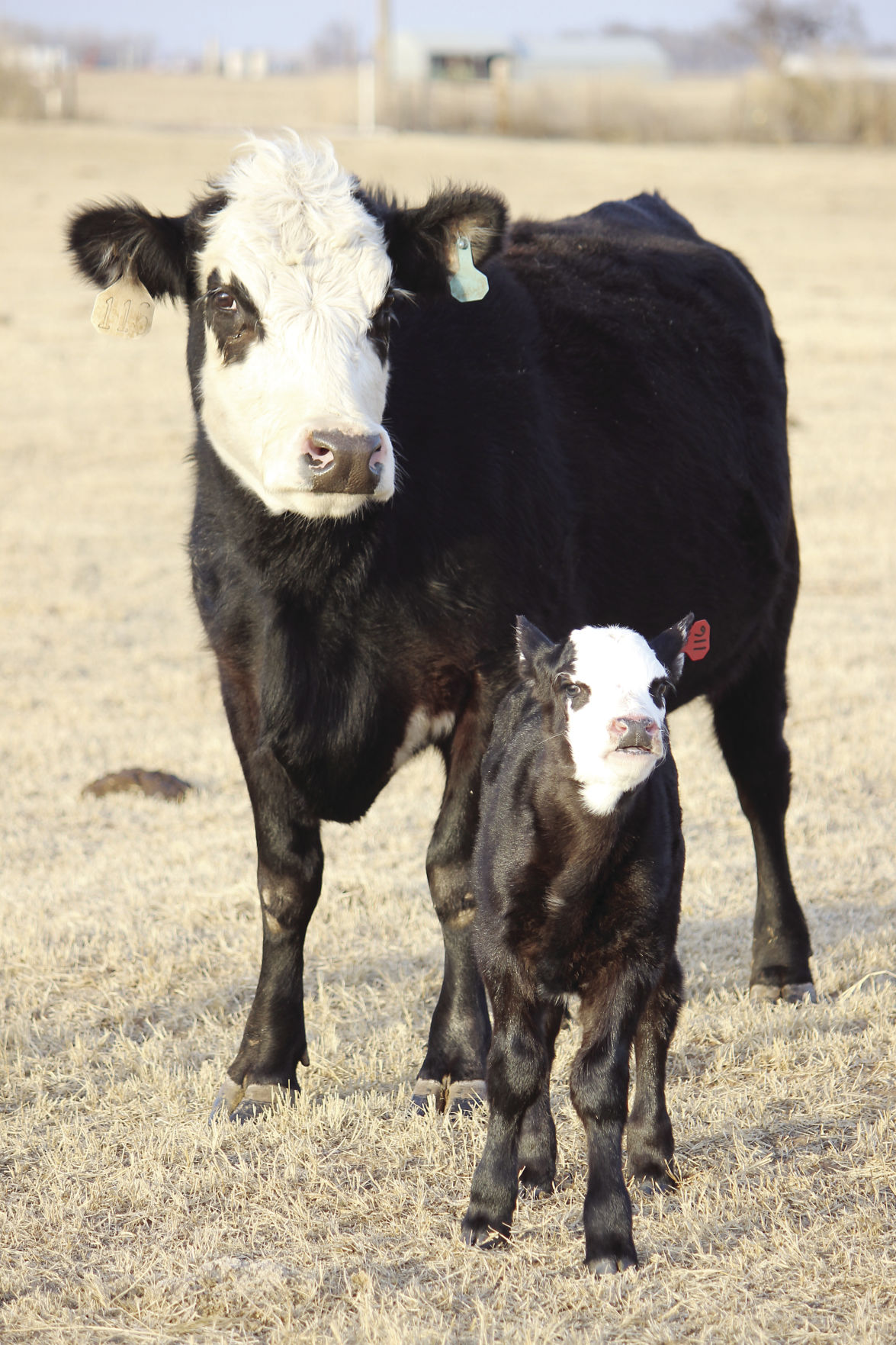 Cows, calves and stockers can all be grazed on wheat pasture if nutritional needs are met and cows are not allowed to overindulge. (Journal photo by Lacey Newlin.)

“It can be kind of a risky business and there’s a lot more to get into financially with stocker calves than maybe there was 10 or 15 years ago,” said Dana Zook, northwest Oklahoma area livestock specialist.

“Wheat pasture is probably one of the best feed sources we have available, but it’s super high in protein,” Zook said. “Energy is very important and so sometimes offsetting that protein with some energy supplements can really benefit the whole system and make those calves a little bit more efficient.”

Zook says supplements provide balance in the nutrient supply and give the ability to add ionophores, such as monensin, which can increase efficiency in cows and calves. Additionally, it is convenient to add bloat prevention along with supplements since cattle are already coming up to feed anyway. Some supplements can also be substituted for forage to increase stocking rates.

“We can give some supplements when the crop is poor and that helps to stretch the ration,” she explained.

According to Zook, the golden rule of stocking rate is 2 acres per head on a 500-pound calf and 1 acre per head in graze-out.

Additionally, she says full-time grazing stocking rates for cows on wheat pasture should be 4 to 7 acres. If utilizing a limit grazing of 9 to 12 acres per week, you can get by with about an acre per cow if only using it as a supplement.

“It’s also really easy to feed because you’re not going to have calves founder with silage as you would with other kinds of supplements,” she added.

Zook says to provide an ionophore in a small packaged supplement of two pounds per head per day of an energy-based supplement, such as corn or milo. From a labor standpoint, four pounds per head every other day could be applied. The supplement can be self or hand fed, although she encourages hand feeding because it increases efficiency.

“This is really just balancing the nutritional system and allowing them to utilize that excess protein that they have out there,” Zook said.

How to run cows on wheat pasture

Although stockers are the main bread and butter for wheat pasture grazing, wheat pasture can offer opportunities to condition cull cows and maintain bred cows or cows with calves. Zook says if done right, cattlemen can be incredibly successful with this tactic, but it can also spell disaster if nutritional values are ignored.

“Cull cows are worth the least toward the end of the calendar year,” she said. “By retaining those cows we’re able to capture some of that return. I think there is an opportunity to put some pounds on them on wheat pasture.”

Zook says it must be taken into consideration these are not necessarily stocker calves, but we are still looking at the gain per acre while also making sure the mineral intake is correct.

Maintaining bred cows or cow-calf pairs on wheat pasture can be done but other considerations come into play. She says according to some Oklahoma State University studies with full-time feeding, calf weight has a boost of three and a half pounds of average daily gain. However, cows had an increase of almost 300 pounds. Three hundred pounds on a cow already weighing 1,100 to 1,200 pounds with a moderate body frame could create breeding problems.

“A better option is limit grazing on wheat pasture and using wheat pasture as a supplement,” Zook said. “This is very labor intensive, but it can be an inexpensive supplement if you have that available. It limits the access but also limits the gain.”

Wheat is not a perfect ration for a stocker calf, but by filling in gaps and adding in needed nutrients, gain per acre can be increased as well as feed efficiency for those cattle, whether they are stockers, cows or calves.