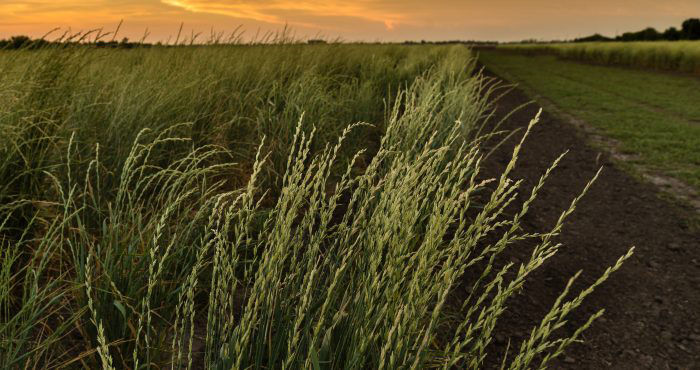 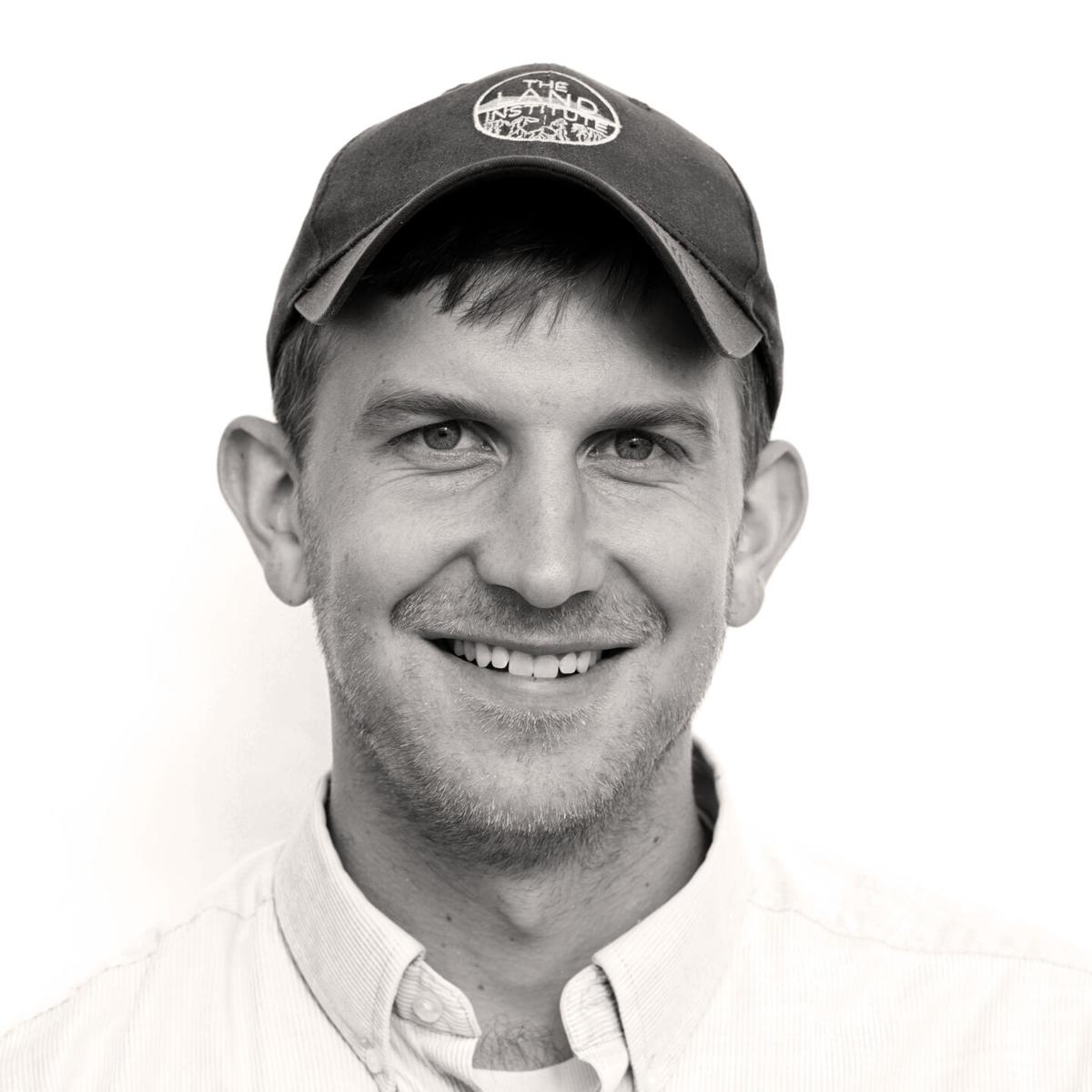 Brandon Schlautman of The Land Institute spoke about perennial crops as part of the future of agriculture during his breakout session at Soil Health U and Trade Show, Jan. 23. Schlautman hopes through his research perennial crops can be added to the landscape and help improve the soil. The event was sponsored by High Plains Journal. (Courtesy photo.)

His research focuses on developing dual-purpose intermediate wheatgrass plus alfalfa intercropping systems that produce Kernza perennial grain for humans and spring and fall or winter forage for grazing livestock. Schlautman’s work is in its infancy, but he is excited to have a proof of concept perennial grain cropping system that captures the key features of natural ecosystems through diversity and perenniality.

“Our ancestors, we came here and saw the prairie and thought, we want to make this place be this (farmland),” Schlautman said. “And by maintaining that vision and working hard, we're not only feeding ourselves, but we're feeding a lot of other people around the world.”

Somewhere along the way in the dash to feed the masses, people lost track of how to treat the environment in order to raise a crop.

“As growers and producers, we have an important role in accomplishing that,” he said. “We look at what are we using to feed the world, the majority of them, the majority of these annual grains are making up way more than 60 to 70% of all the food that we eat. They're necessary for the current food security of the world.”

Many of the species have been part of agriculture for thousands of years.

“People long before us chose that these should be the species that we're going to rely on, depend on for our food security,” Schlautman said.

In agriculture, people chose to live in a region and plant what they wanted or what worked best for the area. A secondary disturbance—fire or clearing of land and tillage—helps bring the next crop into existence. Traditionally tillage was used, but more recently herbicide burn down helps accomplish the same thing.

“We're stuck with plants that we've been breeding and domesticating for thousands of years to use up all of the nutrients as fast as possible,” Schlautman said. “Instead of maintaining nutrients in the ecosystem, like we normally do in a natural ecosystem, we take them away and we eat them ourselves. And we leave very little in this system.”

Traditional annual grain production can end up being what Schlautman calls “leaky.”

Soil loss becomes particularly important. The global median for yearly soil depth changes remains very small in a natural ecosystem. However, it takes a really long time to build the soil back up. For “plowed agriculture” Schlautman said there’s thousands of times more soil lost per year than what a natural ecosystem can build back.

“When we look at no-till agriculture, you know we're doing awesome. This is probably the best agriculture that's ever existed in humanity,” he said. “But global median, we're still losing soil at a rate that's about 15 times per year, or more than what we can build per year in a natural ecosystem.”

It's important to recognize this and there's improvements that producers can still continue to make in agriculture. And as good as no-till is, it’s still not perfect.

“So the question is can we change that? Can we develop new crops or change the crops that we are working with right now to develop these perennial and at least moderate diversity cropping systems that have the same ecosystem services that are in our natural ecosystems?” he said. “And why would we want to do that?”

One reason to want perennial crops is because of what the plants add to the soil. In farming, we try to capture solar energy as carbon through photosynthesis, and we call that “primary productivity.” Primary productivity is determined by a variety of things – weather, climate, soil type – but also by the types of plants being grown.

“In annual grains, we allocate only about 15% to 20% of that total productivity (i.e. carbon) to roots, 80% of it or more is in leaf stem shoots, seeds, etc.,” Schlautman said. “A lot of our perennial grasses are different. We are allocating 40 to 60% of all of that carbon below the ground.”

Where the carbon goes in the plant can determine if it goes back out into the atmosphere as CO2 or into the ground to become organic matter. To increase soil organic matter, there needs to be more carbon added into the soil than is lost.

“This is a big deal, you can imagine, when we're trying to build organic matter or when we're trying to sequester carbon,” Schlautman said. “There are two things that are important. One, we need to limit the amount of carbon that's leaving the ecosystem through respiration or however we're losing it. But the second is the amount carbon added. Perennials do both these things better than annuals”

“Perennials can maximize the amount of carbon biomass accumulated in an ecosystem,” Schlautman said. And why is that? It's mostly because we have living roots and living shoots and leaves in the ground for as much of the year as possible ready to use resources – sun, water, nutrients – as soon as they are available.”

“In the end, what does that mean?” Schlautman said. “It means that we can already have more productivity with perennials, and over time through breeding at The Land Institute and elsewhere, hopefully we can harvest the same amount of seed from perennial grains as annual grains, while leaving this bigger chunk of carbon, that we're returning back to the soil.”

Leaving this carbon and other nutrients behind is critical to increasing diversity and for restoring soil health. Worms—fed by carbon—populate the soil, insects do their jobs and there’s a capability to capture all the water and sunlight coming into the ecosystem.