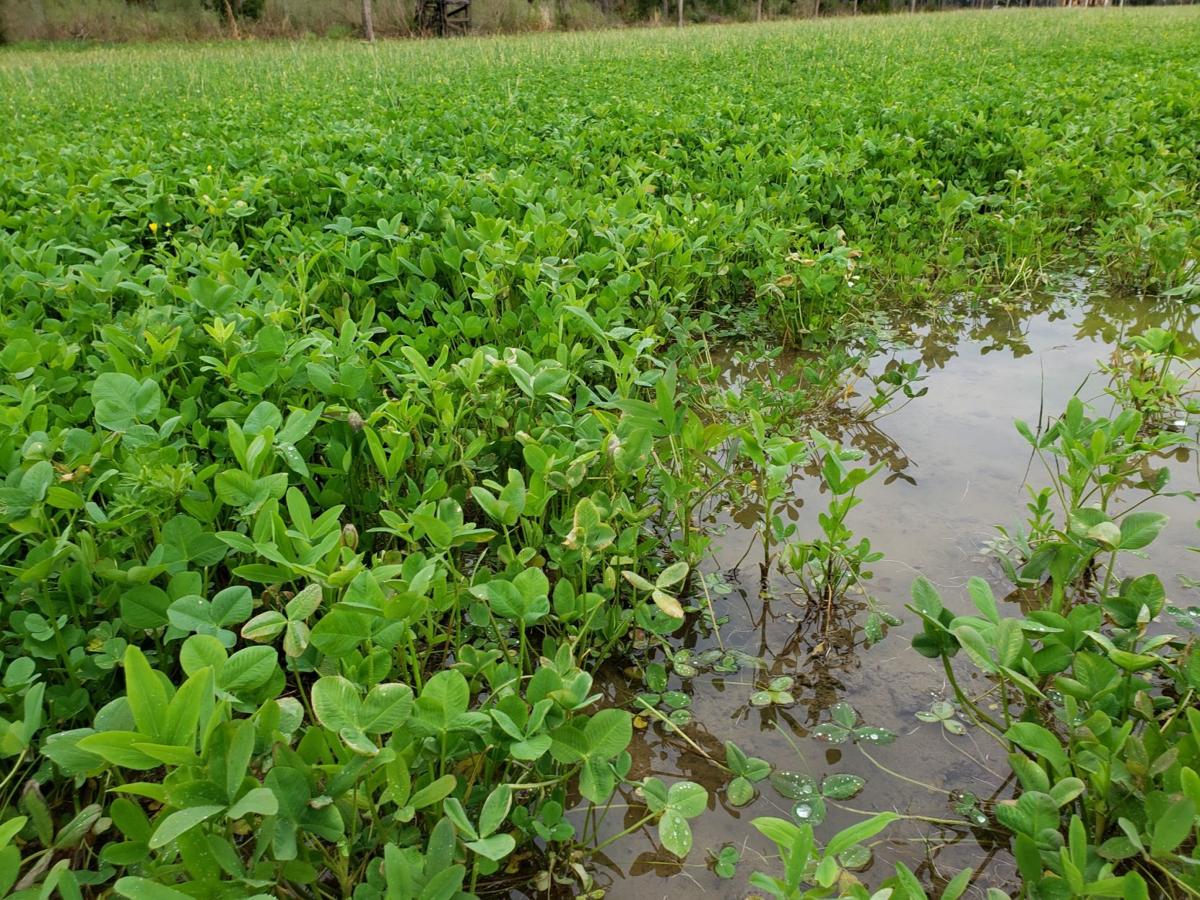 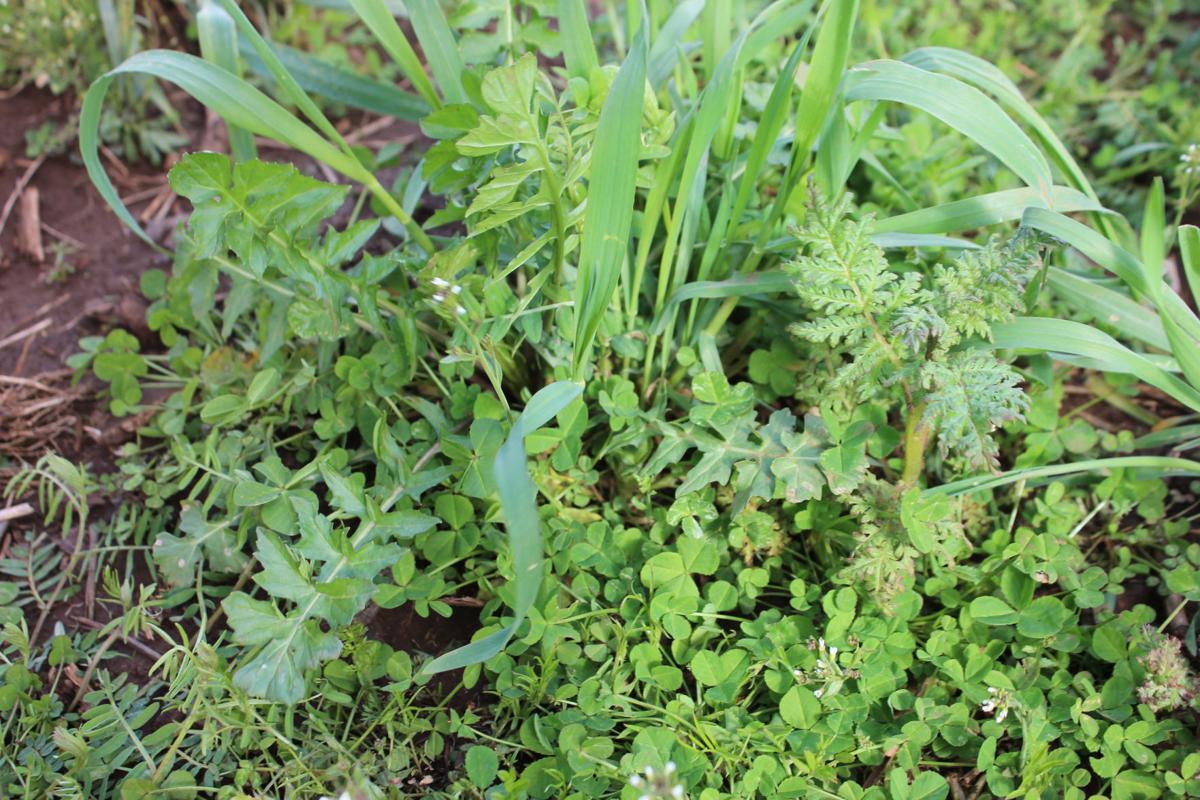 This mixture of radish, hairy vetch, balansa clover and triticale is a good way to take advantage of multiple specie traits like nitrogen fixation and soil structure improvement. (Courtesy of Grassland Oregon.)

As row crop and hay producers throughout the country navigate the recovery process from this spring and summer’s excessive flooding, attention is needed for what is happening below ground.

During extended periods of water saturation or debris coverage, plants are typically killed or damaged from suffocation due to oxygen not reaching the root zone. While plant loss is the immediate cause for concern, oxygen depletion and plant death can lead to significant long-term production impacts from a change in the soil biology.

One of the main drivers of soil health is a mutually beneficial relationship between soil microorganisms and plant root systems. Arbuscular mycorrhizae fungi are particularly vulnerable when flooding occurs. Colonizing on root systems, AM fungi are essential for increasing nutrient cycling in soil through its development to feed itself. In return, its host plant receives greater nutrient uptake, which comes with production benefits. If left fallow after the crop has been destroyed, the field’s future production capabilities above ground will suffer from the reduction in AM fungi below ground.

Another thing to be wary of is soil contamination and changes to nutrients. Flooding can bring in sand and increase soil salinity and acidity. It is also a main contributor to nitrogen leaching, stripping away soil nutrients and organic matter for future crops.

Restoration with a cover crop mixture

The best thing that can be done to mitigate long-term damages caused by flooding is to get a new crop in the ground as soon as field conditions allow. Not only is this going to stimulate microorganism production within the soil, but a cover crop will also help control weeds, regulate soil temperature and reduce erosion in future weather events.

To make the most of soil health restoration efforts, a cover crop mixture is your best bet to ensure above and below ground success by balancing a mixture of species that will: Improve soil structure, fix notable amounts of natural nitrogen, produce significant biomass and maintain performance in heavy, waterlogged soils.

Here are a few options to consider for mixtures for late summer and early fall establishment.

Aggressive root and forage growth of annual ryegrass makes it a favorite in the Midwest and southern states ahead of corn and soybeans. Its notable root mass absorbs nutrients like nitrogen and phosphorous from the soil to make available for the following crop. The improved diploid annual grass variety, Lonestar, has been bred for excellent cold tolerance, high level of disease resistance, seedling vigor and rapid forage growth.

Significant biomass production and a deep root system make balansa clover ideal for soil health improvements. The most cold tolerant variety on the market, FIXatioN, can survive in sub-freezing temperatures at minus 15 degrees Fahrenheit with zero snow cover, thriving as winter cover. Bred specifically to be late maturing for management flexibility, the annual legume can fix up to 200 pounds of nitrogen per acre and yield 5 tons of dry matter in a single growing season. Trials have also found FIXatioN can survive brief periods of flooding.

Similar structure to alfalfa, berseem clover is a cool season annual legume that provides non-bloating forage for livestock suitable for grazing or haying. With the ability to withstand temperatures as low as 20 degrees Fahrenheit, Frosty Berseem Clover is the most cold tolerant berseem clover on the market. It can also fix up to 150 pounds of nitrogen per acre.

Rapid germination and early growth make cereal rye one of the best species for delayed planting. While providing good weed control, it is also good at breaking up surface compaction and captures available nitrogen. Take caution when using ahead of corn to avoid competition for nitrogen and potential disease transfer.

Along with fixing nitrogen and supplying a significant amount of organic mulch, hairy vetch is also an excellent scavenger of phosphorus—all of which improve soil fertility. When paired with cereal rye, the duo recycles nutrients in the soil, controls weeds and erosion and extends nitrogen distribution periods. While hairy vetch may winterkill in colder climates, it typically survives and regrows in the spring.

The earlier it is established, the bigger the root. Fall seeding will result in a carrot sized root, which will die after several days of 25 degree Fahrenheit weather and quickly decompose. The organic matter left behind builds soil health by feeding earthworms, fungus and microbes.

Carwoodi Nematode Control Radish is an oilseed radish that has been bred to release a biochemical from its roots that stimulates cyst nematode eggs to hatch. The nematodes then attach to the radish root, but are unable to adequately feed, and because of poor nutrition, either die or do not reproduce. It also features extremely high levels of glucosinolates, which serve as a bio-fumigant.

When making your cover crop mixture, keep your future crop goals in mind and choose something that won’t cause any management issues. Equally as important is to make seed selection based on variety traits, rather than going with a VNS (variety not stated) option. Quality traits like cold tolerance, disease resistance, maturity, nitrogen fixation, root depth and soil tolerances have been bred for consistency in proven varieties – which can make the difference between a cover crop success and a cover crop failure.

If you have any questions about which cover crop options will work best for your geography and unique challenges, give Grassland Oregon a call at 503-566-9900.