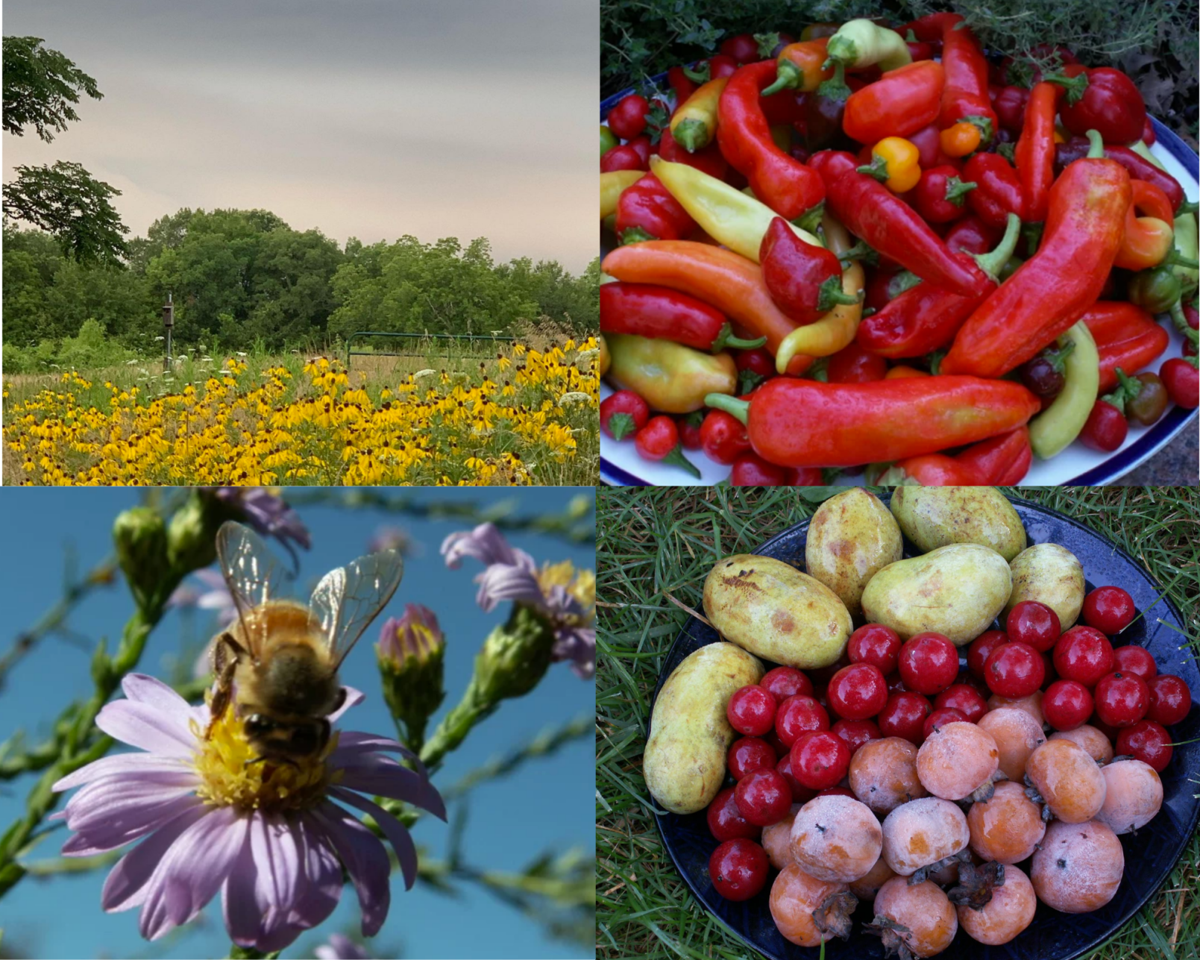 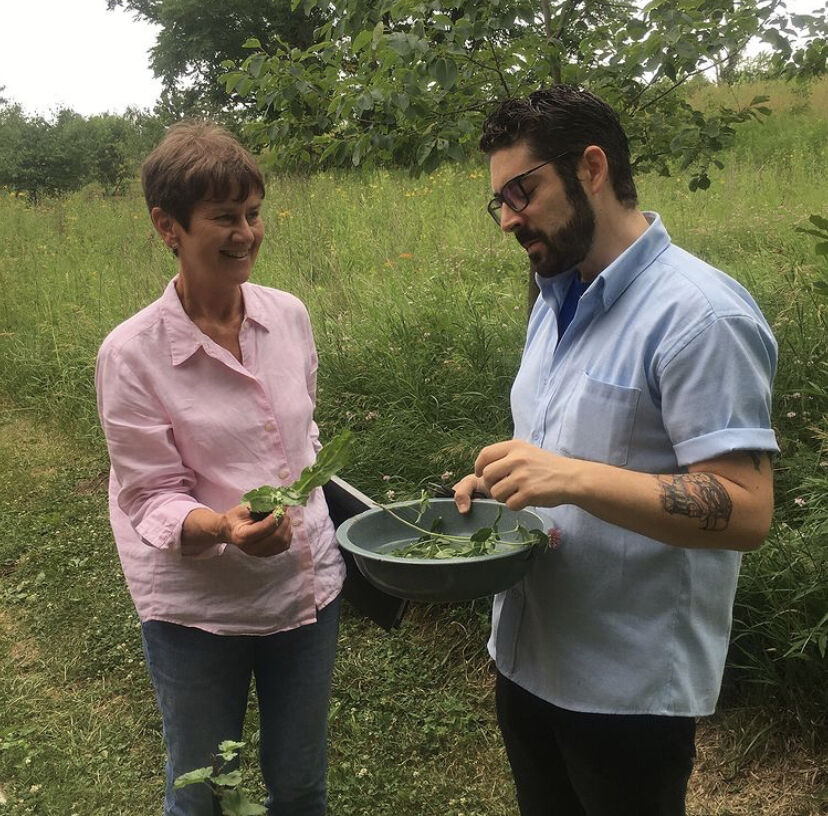 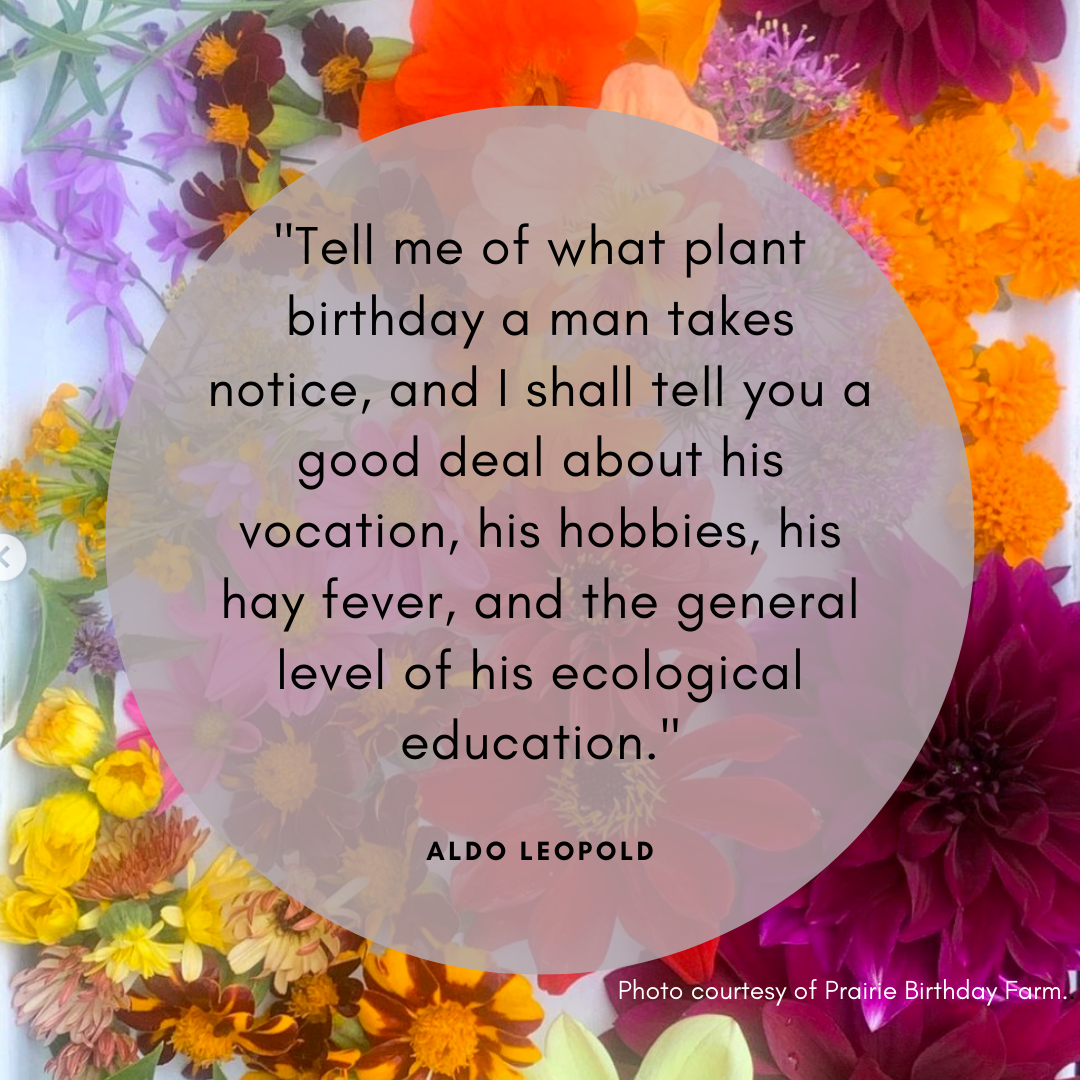 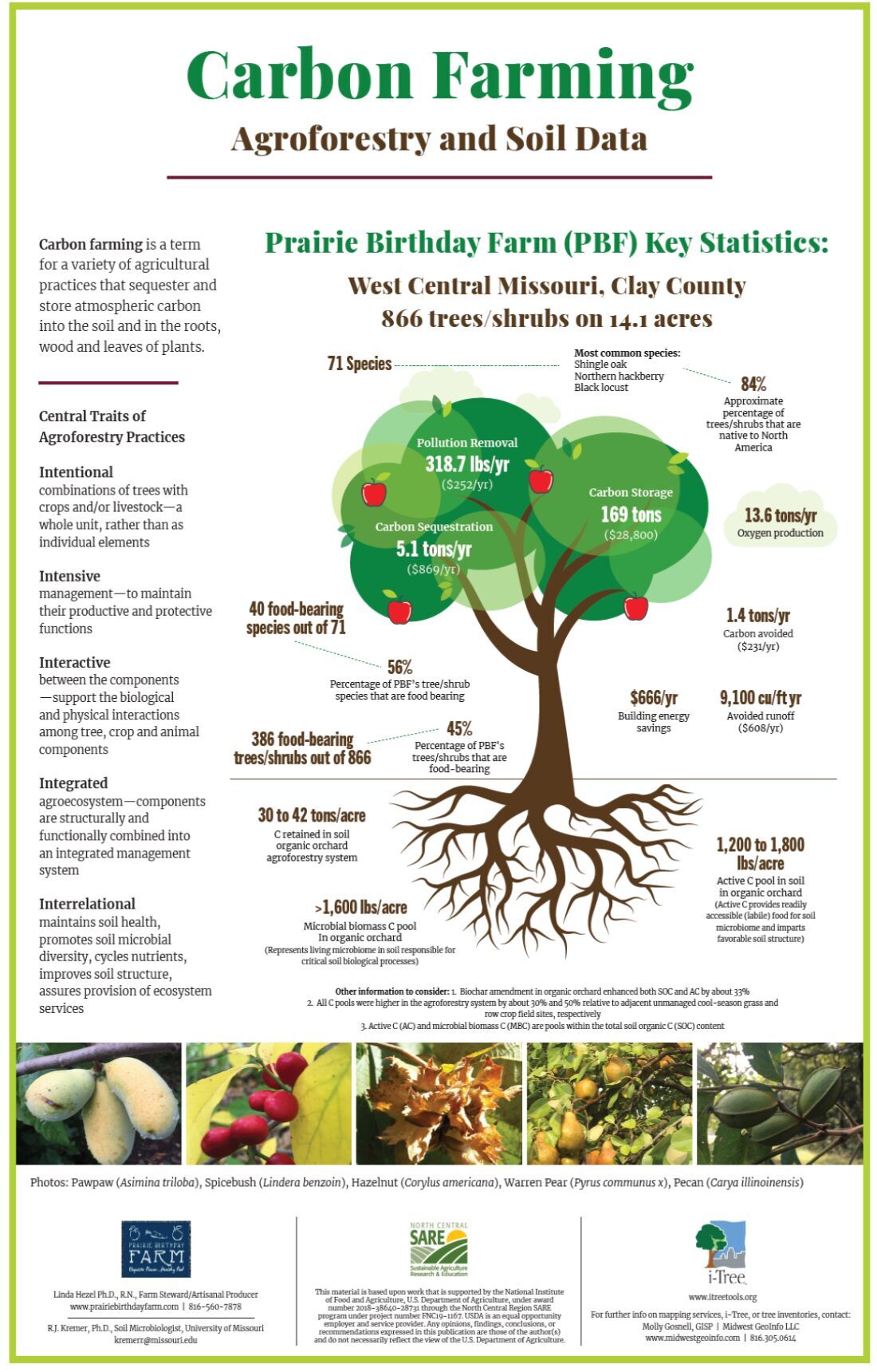 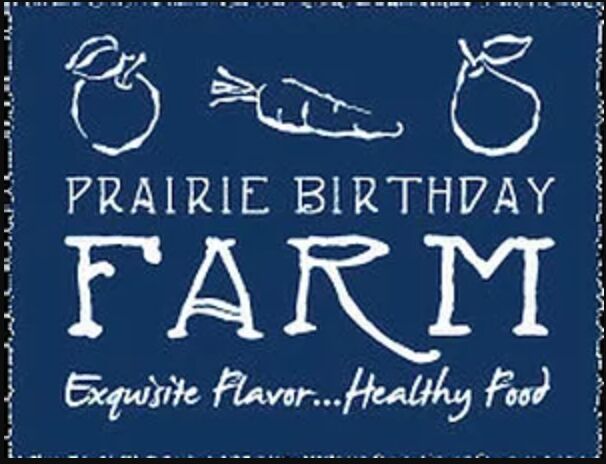 When Linda Hezel and her husband, Richard Moore, bought a family farm in Clay County, Missouri, in 1993, Hezel sought to provide her family with good nutrition and high-quality food.

Hezel, Ph.D., R.N., has a nursing background and was formerly an associate professor of nursing at University of Missouri-Kansas City. Her expertise continues to influence her decisions as a farm steward and artisanal producer.

“I taught health and ecology with a biologist at UMKC, and we connected health to biological principles,” she said.

“My background is community health nursing, and that's really about health and population, which fits perfectly into the concept of small-scale, urban agriculture. You know, it just works.”

Hezel said the farm’s name was inspired by an essay in Aldo Leopold’s influential book about conservation and land management, “A Sand County Almanac,” which includes an essay about prairie birthdays. Wildflowers, grasses and other plants bloom at different times throughout the growing season—their prairie birthday.

Hezel has orchards, 13 raised beds and various permaculture garden spaces. She grows herbs, vegetables, fruits, edible flowers and other foods, including pawpaw, golden currant, elderberry, wild plums and sunchokes. Before the pandemic, she sold to 25 restaurants and worked with different chefs in the Kansas City area.

She continues her role as an educator, sharing her knowledge with apprentices, farm volunteers and others interested in learning about regenerative agriculture, farm foraging and permaculture.

She said she appreciates the native bees and birds that make their home on the farm, too.

“I love diversity, just from an aesthetic point of view—the aesthetic wealth—and understanding the critical biodiversity for our survival and all the creatures that we depend on,” she said.

Prairie Birthday Farm was not always thriving and abundant. Hezel said the land was previously row-cropped and the soil was in poor health when they bought the property. “The soil was 2% organic matter at the most,” she said.

She and her husband and two children began reconstructing the native tallgrass prairie on a small portion of the farm.

“We hand-scattered the grass seed and forbs, and even to this day I still install plants and seeds, especially the wildflowers for pollinators and birds,” she noted.

It’s a zero-till operation, and Hezel said the farm’s small scale allows her to use more hands-on management techniques that would not be feasible on a large acreage. They burned the prairie annually for the first 10 years and less often for the past 15.

“When we started, we just did burning. We never used glyphosate,” Hezel said.

“I’m not certified organic, but I really don't use any synthetic inputs.”

The local fire department uses the farm as a training site for controlled burns.

Since the early 2000s Prairie Birthday Farm has contributed to soil health and regenerative agriculture research as well.

In 2003, Hezel began working with Robert Kremer, microbiologist and adjunct professor of soil microbiology at the University of Missouri.

Kremer said that, at the time, his work with USDA’s Agricultural Research Service primarily involved conventional agriculture enterprises. He was also interested in doing soil research on a more organic agricultural system that didn’t use chemical inputs, which led to his work with Hezel on Prairie Birthday Farm.

They started out “tracking what was going on with the soil organic matter, soil carbon, microbial biological activity in the soil, aggregation and soil test information,” Kremer said.

After the initial study, they continued to add other projects over the years.

“She was interested in what was going on in her orchard in terms of nutrient management and whether she had sufficient nutrients going to her trees by the manner in which they were managed,” Kremer said.

He took samples in the orchard and the reconstructed prairie area, also looking at some of the other horticultural plots and the small vineyard on the property. He compared the farm’s warm-season prairie system with across-the-fence references such as unmanaged pasture.

Kremer said they found that some slopes in the hilly prairie section originally had less than 2 inches of topsoil left, which has improved with Hezel’s management practices.

“It's been quite a diverse project that we've had going on there for the last 15 or so years,” Kremer continued.

Hezel said that now the soil in the prairie is at 6% organic matter. “So I consider that a really great outcome,” she said.

In 2019 Prairie Birthday Farm received a grant from the Sustainable Agriculture Research and Education program to study the development of a carbon farming plan. This involved an assessment of agroforestry practices on the farm to increase carbon sequestration and storage in the soil.

Kremer said mycorrhizae increased considerably in the soil in the orchard, and soil structure improved greatly as well.

“Dr. Kremer reports 30 to 42 tons per acre of carbon is retained in the soil in my orchard,” Hezel said. “And he says the active carbon pool in my soil in the orchard is 1,200 to 1,800 pounds per acre. I also support a huge microbial biomass carbon pool.”

Kremer said he was surprised by what the study revealed about Hezel’s addition of biochar treatments in a portion of the orchard. “It really increased microbial activity, much more than where there was no biochar. You know, it’s not really a nutrient source for material microbes, but it does help,” he said. “It helps them persist, it protects them and it increases their biological activity as well.”

Kremer added, “I think this project that we've been in has been very revealing. It's really helped to see what the possibilities are when you compare this to conventional or industrial agriculture. You know, it really wouldn't take too much of an effort to try to incorporate at least some of these things to build up the soil before we lose a lot more of it.”

Hezel emphasized the importance of soil health. “It takes such a long time to regenerate soil,” Hezel said. “We should be so careful about losing it, as it’s very hard to restore it.”

It may be cold outside now, but you can get a taste of spring on this virtual visit to Prairie Birthday Farm in Clay County, Missouri. For mor…