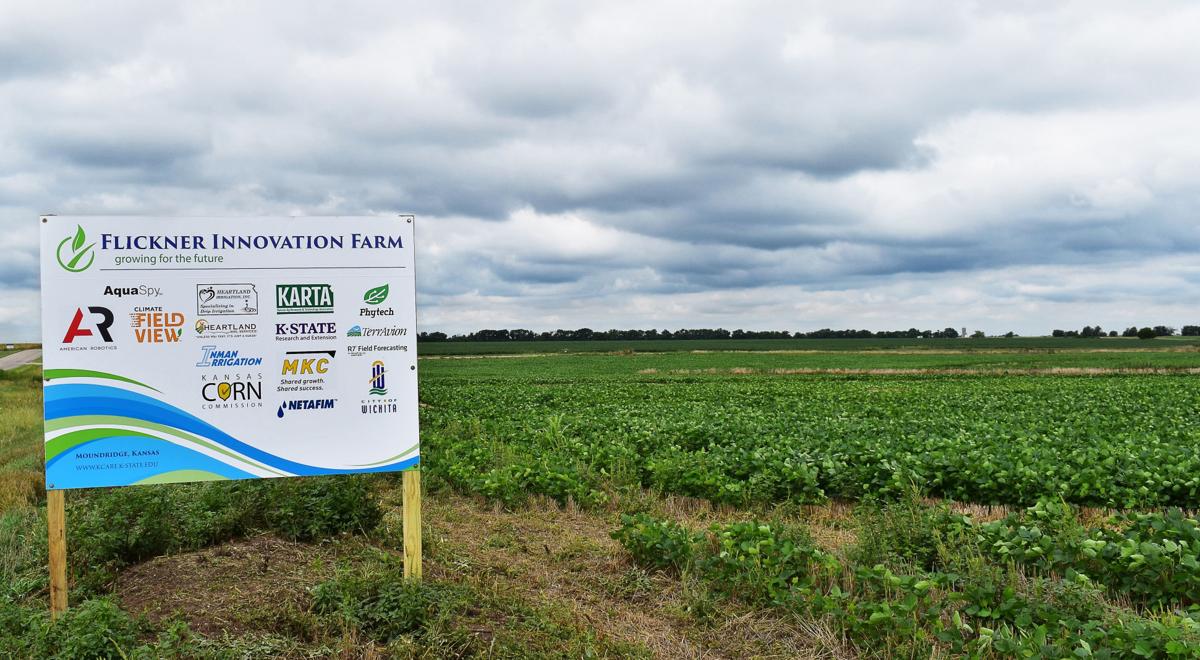 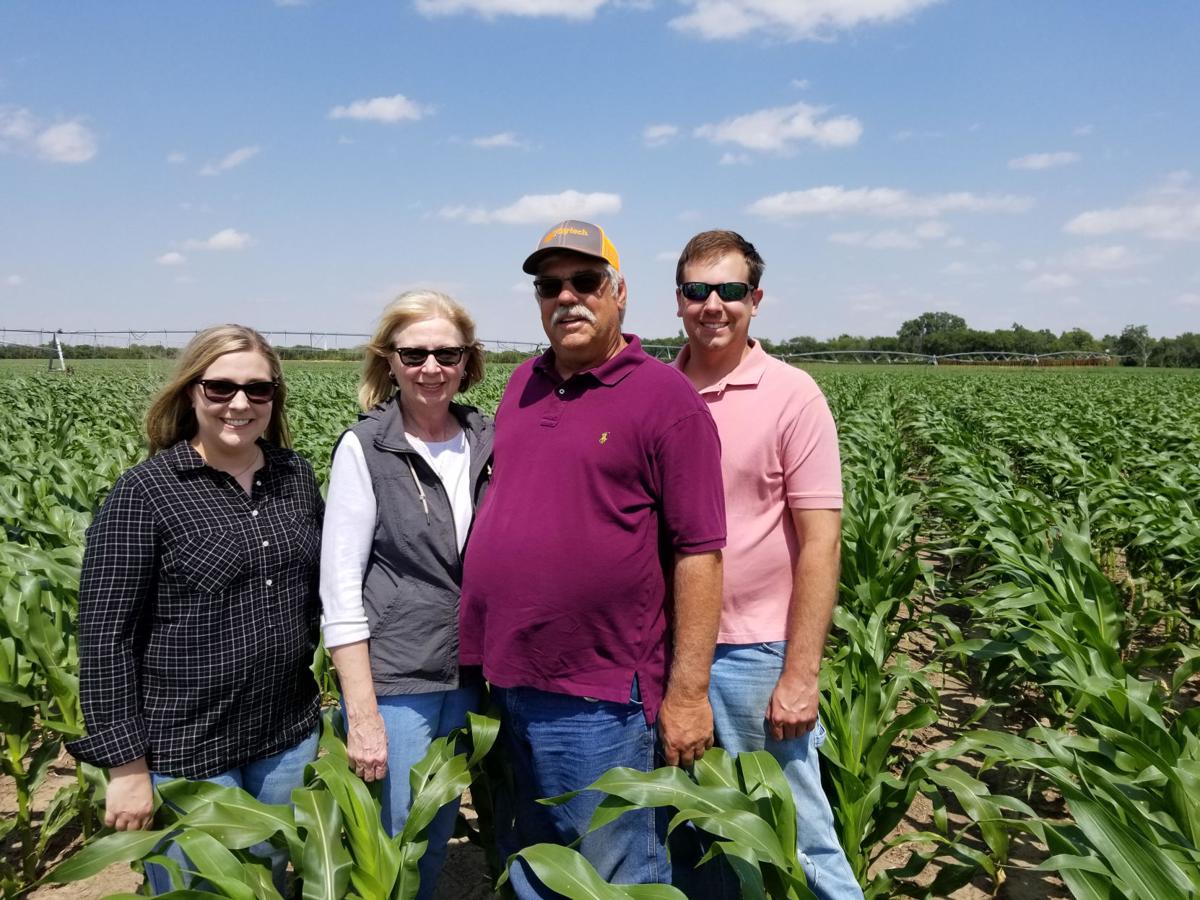 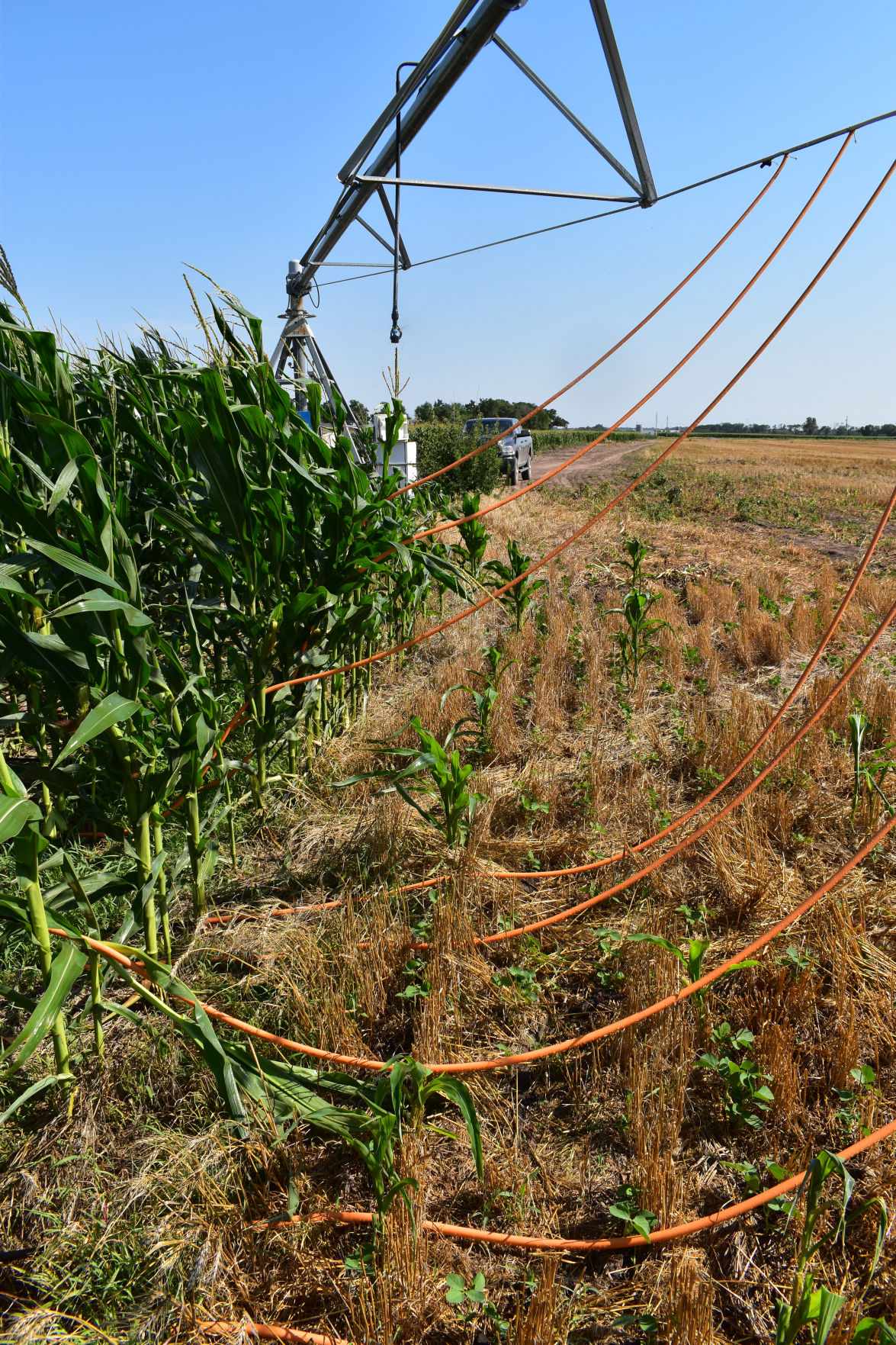 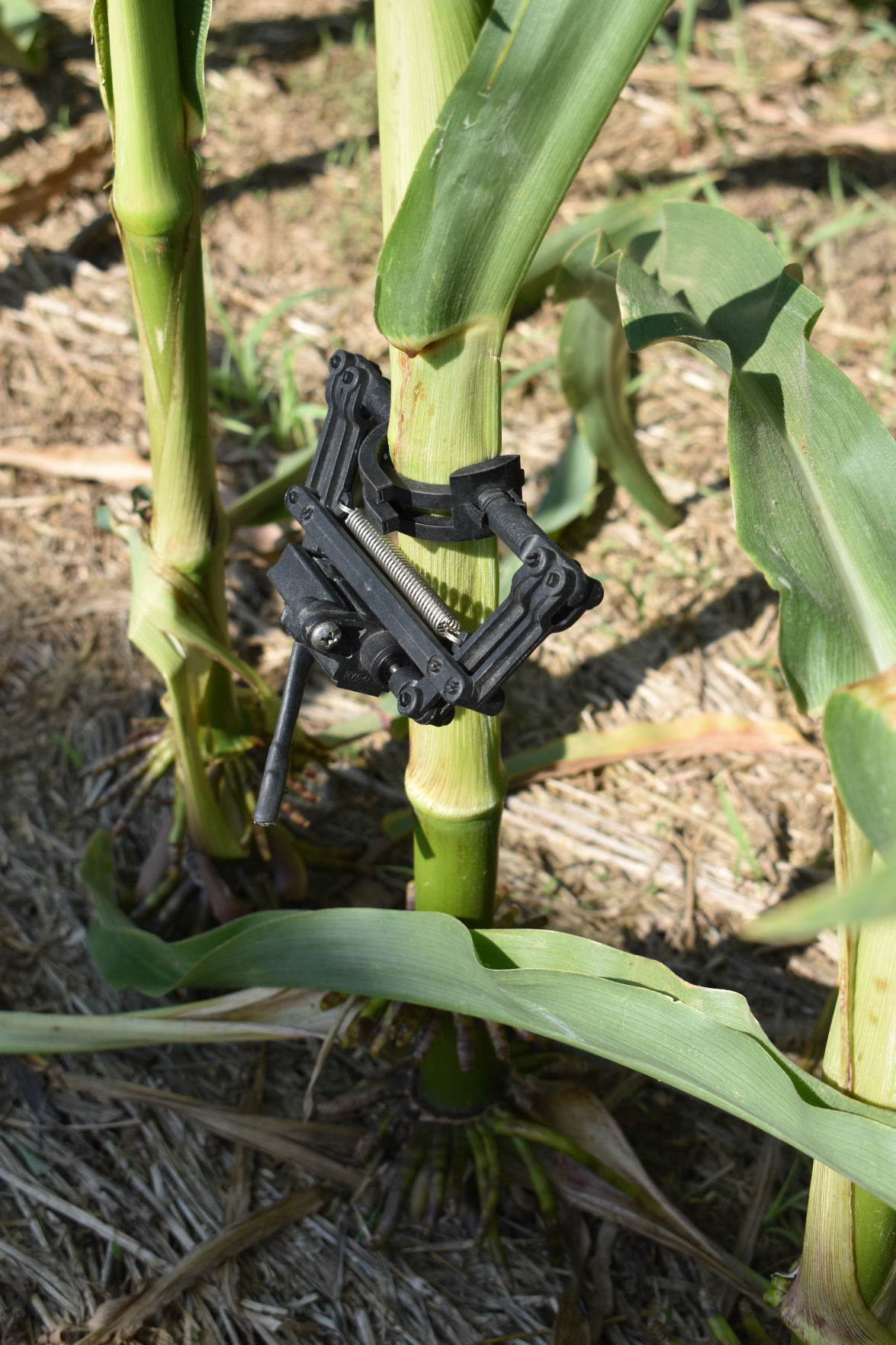 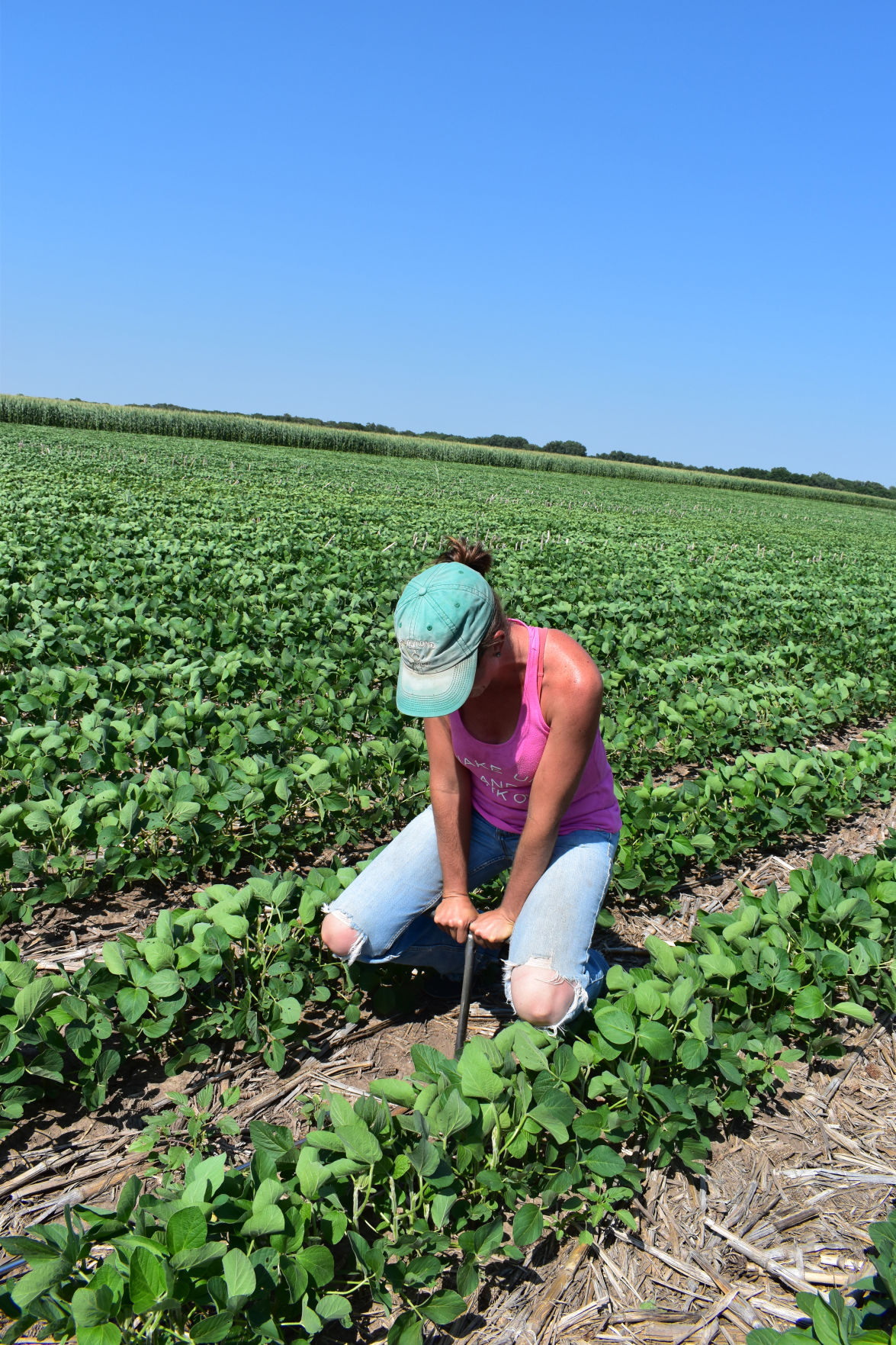 Farmer Ray Flickner grows corn, soybeans and wheat on his primarily irrigated operation located near Moundridge, Kansas, northwest of Wichita in McPherson County. He has experimented with cover crops and sorghum in the mix, too.

Ray’s son, Ryan Flickner, said that in 2001 his dad installed the farm’s first subsurface drip irrigation system. Over 500 acres on the farm is in SDI now.

Ryan said that ever since the late 1940s and early 1950s following the invention of center-pivot irrigation, there has been much research done on declining aquifers and reductions in water pumping rates.

“But when you talk full-scale SDI, there wasn't much research out there on a production agricultural scale,” Ryan said.

Several years ago, the family farm partnered with a Kansas State University researcher on some planting population studies with corn.

“Corn management on a pivot is very different than corn management on an SDI field. So that research probably three or four years ago really planted the seed, if you will, for some follow-up research,” he said.

The seeds of interest in more research developed into the Flickner Innovation Farm and a partnership with the Kansas Center for Agricultural Resources and the Environment. The collaborative research project is now in its second year.

Ray said their goal was to look at water conservation, water quality and other issues and see whether they could “move the needle and improve them so that it's a better place when I'm gone than when we started.”

Their ultimate goal is also to sustain the farm and be able to continue to make a living on it. Ray and Ryan are the fifth and sixth generation to farm this land, respectively, and they want the next generation to have that opportunity as well.

KCARE coordinates and enhances research on environmental issues related to agriculture. Based at K-State, KCARE develops and delivers knowledge that helps balance the use of the state’s natural resources with resource protection.

“We act as a bridge between university researchers, producers, members of the Extension community, state funding agencies and those types of stakeholders. They all have something they're really focused on, with agriculture and the environmental aspects of that within Kansas,” KCARE Communication Specialist Melissa Harvey said.

KCARE recognized the success of Water Technology Farms in the state, which use technology to improve water quality and quantity. Harvey said KCARE was interested in using a similar model for data-driven research projects, not only for irrigation technology but also soil health and water quality.

“The Kansas Water Office has a series of Water Technology Farms throughout the state of Kansas, and that's a model that's been working really well for highlighting how water quality and water quantity can be effective through the uses of different technologies,” she explained.

K-State researchers are using a similar model on the Flickner Innovation Farm.

Ryan said it’s interesting to have three or four different researchers all working on their own projects and then compiling that research on a production-scale farm. He added that this type of research is usually done in a greenhouse or on a research-scale tract, which may be only 5 acres or 1 acre.

“When you start doing it over a more traditionally sized farm with 40- and 80- and 160-acre tracts, then that shows producers and farmers out there some of the cutting-edge technology but also different ways to improve the management,” he said.

Soil health is one component of the research on the farm. Ray saidlast year the focus was on the fertility side of soil health.

“We were looking at different fertility rates to see the implications with corn yield and also trying to figure out the nitrogen relationship with corn and the optimum level of nitrogen for corn production, particularly as it relates to an SDI system,” he said. “That was the major focus last year, and we did do a little bit of soil aggregate stability testing.”

They also did some Cornell soil test studies rating the different factors and different soil types and have tested soil moisture probes in different locations. “As it relates to the tillage process, we did a comparison with some minimum-till and strip-till arrangements compared to more conventional tillage,” he continued.

That project showed some puzzling results and will require more study, Ray said.

He explained there are groundwater issues in western Kansas and surface water issues in the eastern part of the state. Their farm has a combination of both, he said. “We're blessed to have a relatively shallow aquifer that will recharge very quickly. But we also have a lot of surface water issues that we're dealing with. We’re among the main tributaries of the Little Arkansas River, which is one of the major sources of water for the city of Wichita. So there are pollution issues with it that are coming to light,” Ray said.

He said the researchers are also looking at how the farming operation affects surface water and groundwater.

“In the first year, we found some things that we probably need to do different. In the second year, I don’t know if we’ve found a lot of answers but we’ve found a number of issues. It’s a work in progress,” Ray said. “I knew that going in, that it was probably going to be a five-year-plus commitment and work the bugs out as we progress. But, you know, it's been a good partnership. We're still fine-tuning that and still putting some things in place.”

Ryan said they’ve had collaborative meetings with all the researchers to make sure the data is accurate and so that everyone involved in the research knows the background information.

One of the projects the Flickners and KCARE plan to do as well is a water runoff study as it relates to sediment and nutrients into the stream.

“We're going to probably be using some cover crop arrangements with that—non–cover crop versus tillage versus non-tillage.” He indicated the farm has side-by-side tracts and different water collection methods to compare, from the sediment and from the nutrients and other chemical runoff situations that relate to the stream flow, Ray said.

“That data is hopefully going to be helping to inform the new state nitrogen fertilizer recommendations,” Harvey said. “Because as you know, nutrients that run off from crop fields end up in waterways, and that can become an issue,” she said.

Harvey said the project is unique in that Ray and Ryan are family farmers who are driving what they want to see, and they're interested in the science behind the research.

“You know, they're asking some really cool questions about what's happening on this farm and how they can improve it, and they're not afraid to take risks and to ask difficult questions and to listen to the answers.”

There are different research projects happening on the farm on varied plots of land, and they are spread out across the property. She said sharing the practices that could benefit other producers who have a similar soil profile or similar issues with water quality can create a community effect as the projects continue and develop over the next few years.

“That's the thing about ag research, right? You don't find out what you're looking for in just one season.”

Two field days have been held at Flickner Innovation Farm so far, and others will be planned over the course of the ongoing research work.

Presentations about the research being conducted have been shared by Kansas State University researchers as well as participating vendors about unmanned aerial systems, cover crops, placement of soil moisture probes, water use efficiency, measuring nitrogen and phosphorus losses, and reducing water use with subsurface irrigation.