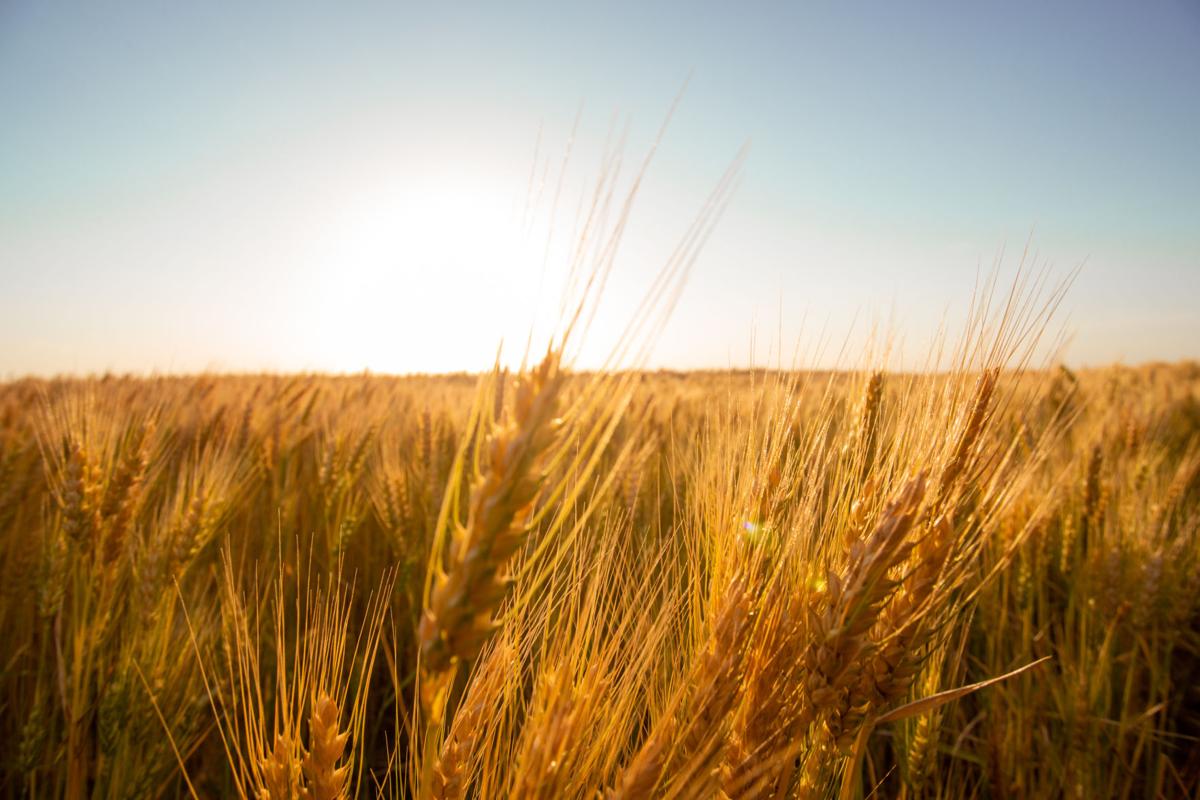 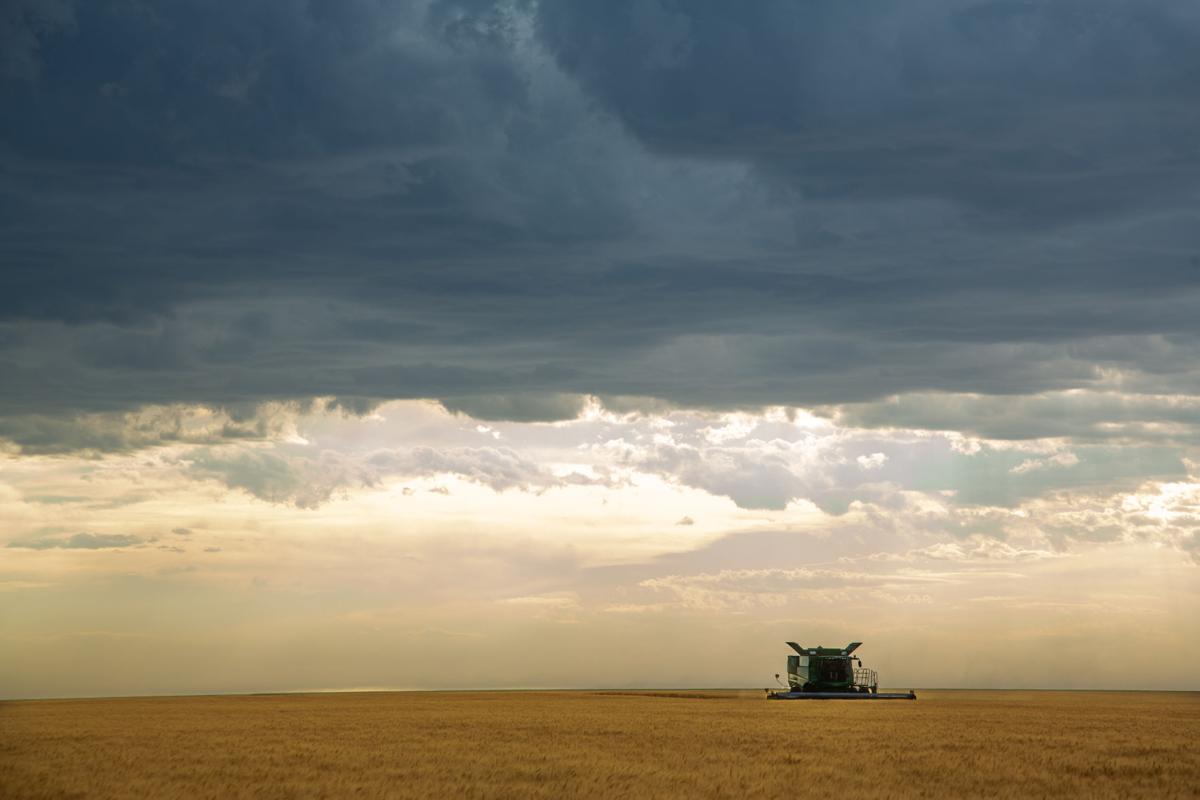 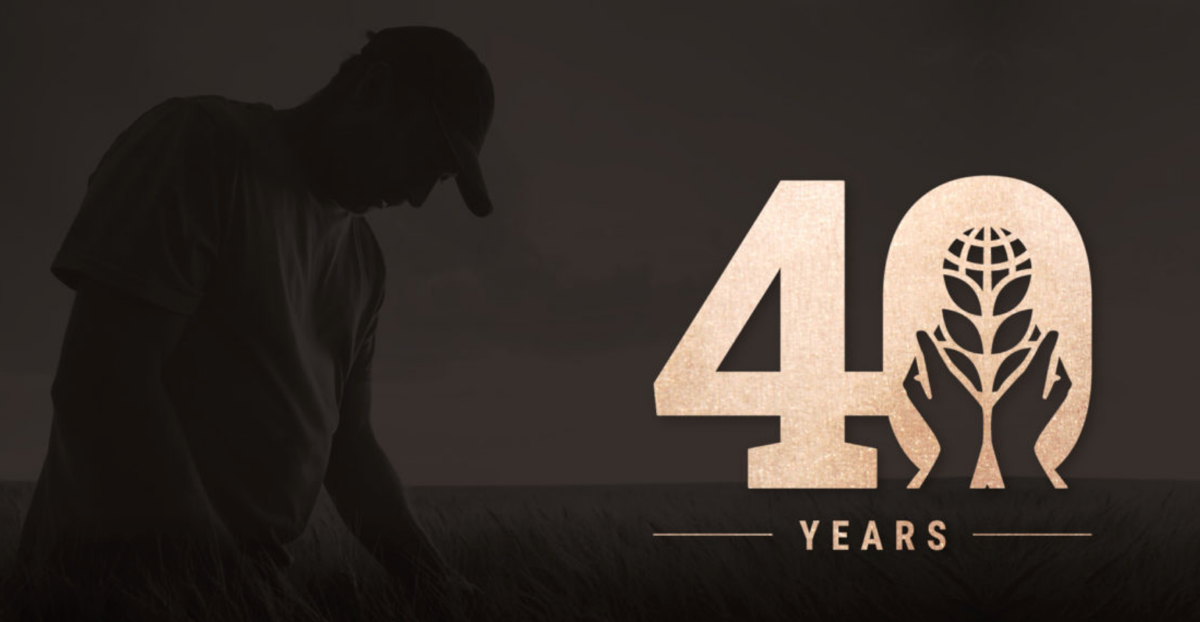 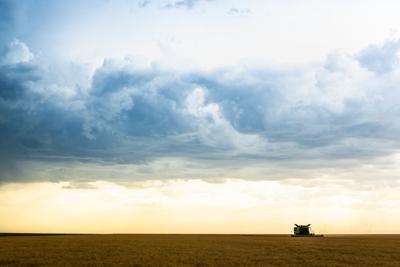 If you were farming in 1980, it’s a year that sticks out in your memory.

President Jimmy Carter enacted a grain embargo against the Soviet Union in response to its invasion of Afghanistan in 1979. Grain prices dropped, and tractorcades were regular sights in Washington, D.C.

Farm debt doubled for all the land and equipment that had been purchased in the heydays of the 1970s prices, with rising interest rates and drastically falling land prices that all led to record foreclosures.

In 1980, Earl O. Heady, professor of economics and executive director of the Center for Agricultural and Economic Development at Iowa State University, wrote in a report that United States agriculture was facing troubles, but overproduction led the list.

“The first problem is the tendency for U.S. farmers to produce too much—and for farm incomes to be depressed,” Heady wrote. He added that farm policies were meant to address farmers rapidly adopting new farming methods based on more capital inputs such as tractors, hybrid seed, “weedicides” and feed additives. Farmers were able to produce an abundant food supply with less and less land and labor.

1980 was the beginning of a challenging decade for American farmers, to be sure. But it was also a year when farmers came together at the grassroots to pool their resources to take their market development in their own hands. It was a year when farmers chose to take action to grow their export markets rather than waiting for the markets to come to them.

It was the start of U.S. Wheat Associates.

When wheat farmers came home from World War II, they began a boom in production that lasted for several decades. But that overproduction needed to find markets beyond the domestic demand at home. In 1958 visionary wheat leaders in the Plains states chartered the Great Plains Wheat Market Development Association with the mission of promoting hard red winter wheat to customers abroad. The next year, in April 1959, Pacific Northwest farmers formed the Western Wheat Associates, to expand markets for their soft wheat to Japan and other Asian nations.

Activities progressed for 20 years until 1979, when the U.S. Department of Agriculture’s Foreign Agricultural Service came to both organizations and proposed a merger as a cost-savings measure. The idea was that it would reduce overlap in marketing efforts and focus on building overseas demand for all classes of U.S. wheat.

“Great Plains Wheat was headquartered in D.C. at that time, while Western Wheat was headquartered in Portland, Oregon,” Polansky said. “Great Plains Wheat’s voting structure was that if you, say Kansas Wheat Commission, contributed say, 20% of the funding in any particular year, then Kansas was given 20% of the votes. In Western Wheat, no matter how much you gave to the budget, each state had the same number of votes. That right there was a big issue, and lead to how U.S. Wheat would be structured in terms of voting strength.”

But the challenges had to be met, Polansky said, because the two USDA-FAS representatives that spoke to both Great Plains Wheat and Western Wheat at the meeting that resulted in U.S. Wheat Associates gave a very clear message: Only one market development program was going to be funded, so a merger had to occur.

On Jan. 12, 1980, a vote was taken of the farmer leaders of Great Plains Wheat and Western Wheat, and U.S. Wheat Associates officially came into being.

Polansky continued serving on the Kansas Wheat Commission through the 1980s, and in 1983 he was elected to the U.S. Wheat Associates board of directors as secretary. He was then chairman of U.S. Wheat in 1985 to 1986. At that time, U.S. wheat growers were really focusing their efforts on developing market access through educating millers and bakers about the quality of American wheat and developing relationships with those customers.

“We weren’t just ambassadors for the wheat industry, I’d go further,” Polansky said. “We were ambassadors around the world on behalf of the United States.” As an American wheat farmer, he and his fellow board members who traveled were very aware that they were developing trust and relationships that went beyond the bread display case. Polansky traveled on behalf of U.S. Wheat to Moscow, East Germany, China and other countries behind the Iron Curtain.

“The ability to work with ag attaches and embassies around the world, having those connections and resources financially, in my view the success would have been very limited without that partnership,” Polansky added.

“I went to China in 1983, and I’ve been back on many occasions,” Polansky said. “We went to Beijing and on to the Great Wall, and at the time it was just gravel and dirt roads, no rest stops. The last time I went back was 2007, and there was an eight-lane highway and tourists everywhere. U.S. wheat farmers have played a role in changing things for the better.”

Part of that sales pitch was showing foreign buyers how the U.S. system of public-private partnerships in agriculture education and research result in a product that has a proven reputation and solid support behind it, he said. And that all comes back to the grassroots efforts of the U.S. wheat farmers who serve in leadership on the board, he added.

Building trust among overseas wheat buyers takes generations of commitment, and it’s a duty that Kyler Millershaski, Lakin, Kansas, has seen from an early age. Kyler’s grandfather, Earl Kleeman, grew wheat for more than 80 years, through the booms of the 1950s and the busts of the 1980s. Kyler’s father, Gary Millershaski, started farming with his father-in-law Earl in 1992, and served on the Kansas Association of Wheat Growers and now on the Kansas Wheat Commission and on the board of U.S. Wheat Associates. And now, in 2020, Kyler is stepping into leadership roles at the state and national levels on behalf of his family and neighbors.

“My grandpa’s passion was wheat,” Kyler said. “He had this wheat pin and he was so proud to wear it.” It was that passion for growing the best wheat crop for customers both locally and around the globe that Kyler remembers of his late grandfather.

It’s a passion that Kleeman passed along to his son-in-law Gary. As he took on leadership roles, Kyler remembers that it took him away from the farm when he was in high school.

“My brother and grandpa and I were able to pick up his slack when he was gone, because it is a large time commitment,” Kyler said of his dad’s service. “But, now that I’m on the KAWG board, he helps pick up my slack on the farm because he sees the value in us going out and being advocates for agriculture.”

Telling the amazing story of quality that Kansas wheat farmers bring to the world export market is how relationships are built, Kyler said, and U.S. Wheat facilitates that.

“The work of U.S. Wheat Associates is invaluable,” he said. “Here in the U.S., and especially in Kansas, we have great wheat farmers who make an amazing product, and more than we can consume locally or domestically, so exports are a huge part of the farm economy.”

As a young farmer, beginning in his career, Kyler looks to the future of U.S. Wheat Associates as a time where farmers can continue to pool their resources to meet the challenges of the next several decades, whatever those might be.

“We’re at a 100-year low point on wheat acres, just because of the farm economy,” Kyler said. “We’re good at what we do. But trade issues last year gave us an oversupply at home. And we see more farmers using wheat as a rotational tool, versus as a cash crop.” Still, he said making the connections among American wheat farmers, educators and researchers with their foreign customers, U.S. Wheat will have a role in the future of wheat demand.

Polansky added in his more than 40 years of farming and service to agriculture he has seen how relationships really are the key to market access. Whether trade embargos or trade wars, there are always going to be disruptions to the flow of trade, he said. The role of U.S. Wheat is to continue connecting farmers, millers and bakers across the generations.

“I would say that there’s one thing crystal clear to me,” Polansky said. When wheat farmers got together across the U.S. in 1980 to form one unified entity to promote wheat around the world on the U.S. wheat farmer’s behalf, it turned out to be worth much more than any growing pains in getting to that point, he said.

Just how has U.S. Wheat Associates added value to the farm economy?

In 2016, the U.S. Department of Agriculture’s Foreign Agricultural Service commissioned a study of all the ag export market development programs funded through the farm bill—like U.S. Wheat Associates. It found that all of those programs contributed a total of more than $309 billion to farm export revenue between 1977 and 2014. That’s just over 15% of farm revenue generated by exports in that time frame.

That same study showed that for every $1 wheat farmers invest in contributions through their state wheat checkoffs, which are then invested in U.S. Wheat, an additional $149 in United States wheat exports were generated. In other words, that same $1 returned $45 in net revenue back to farmers from increased export demand.