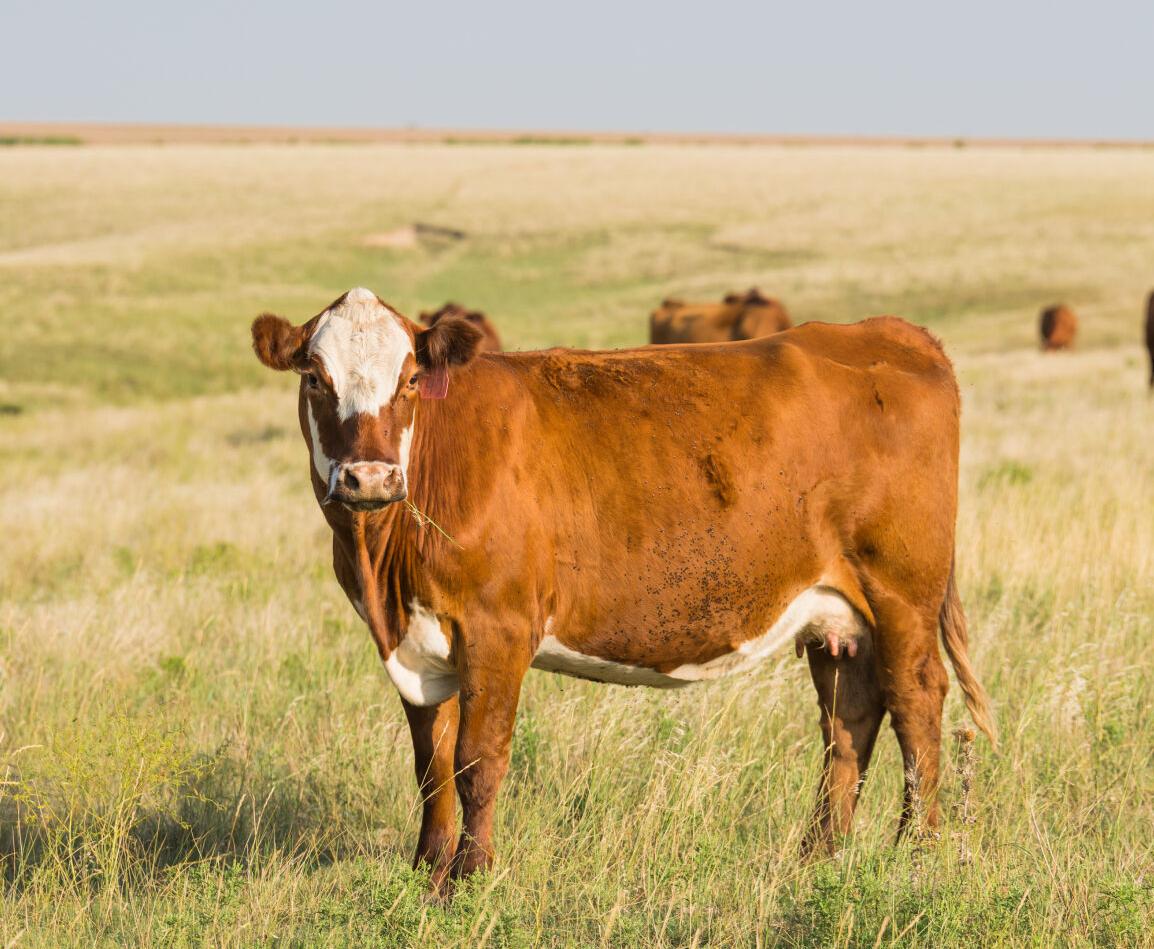 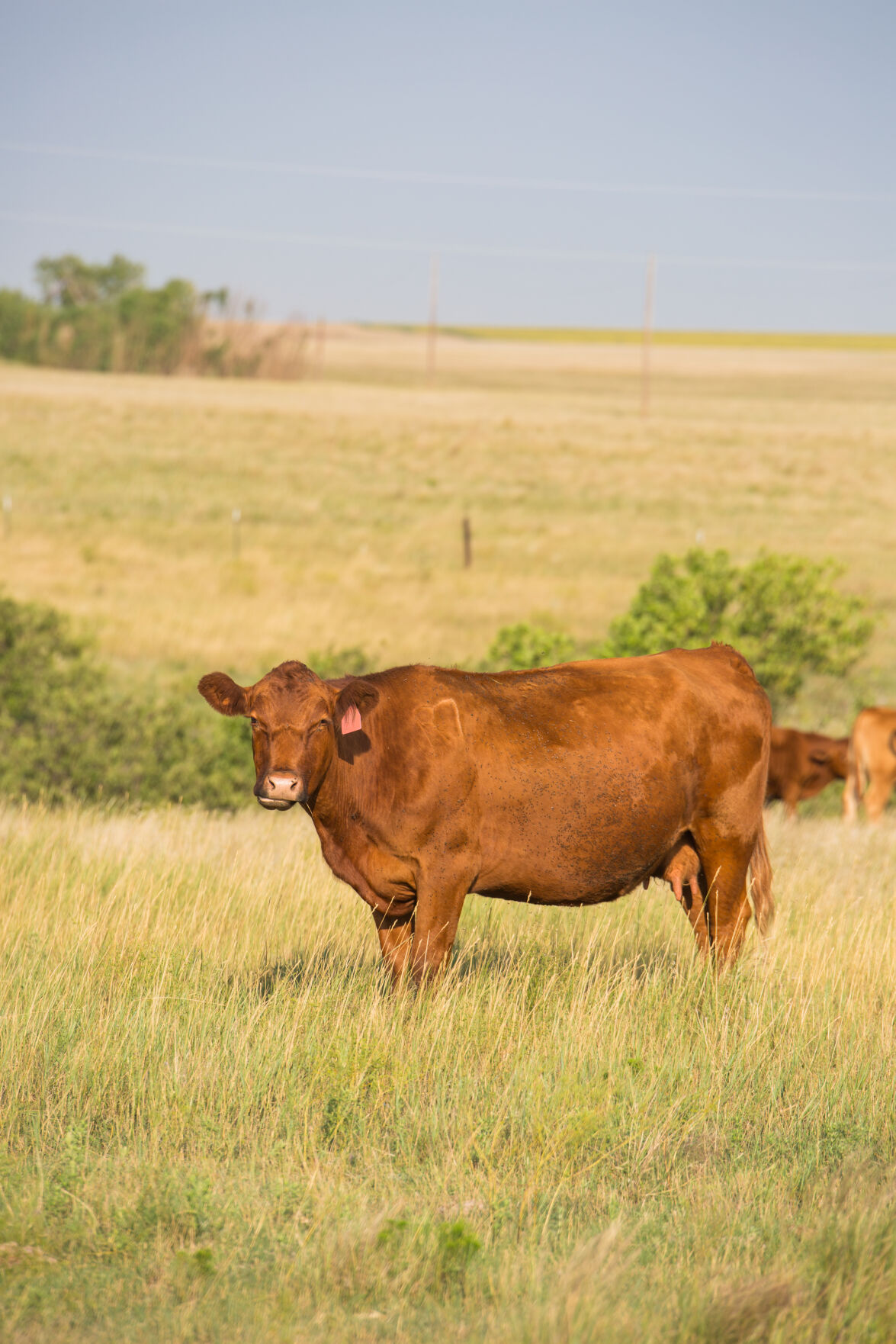 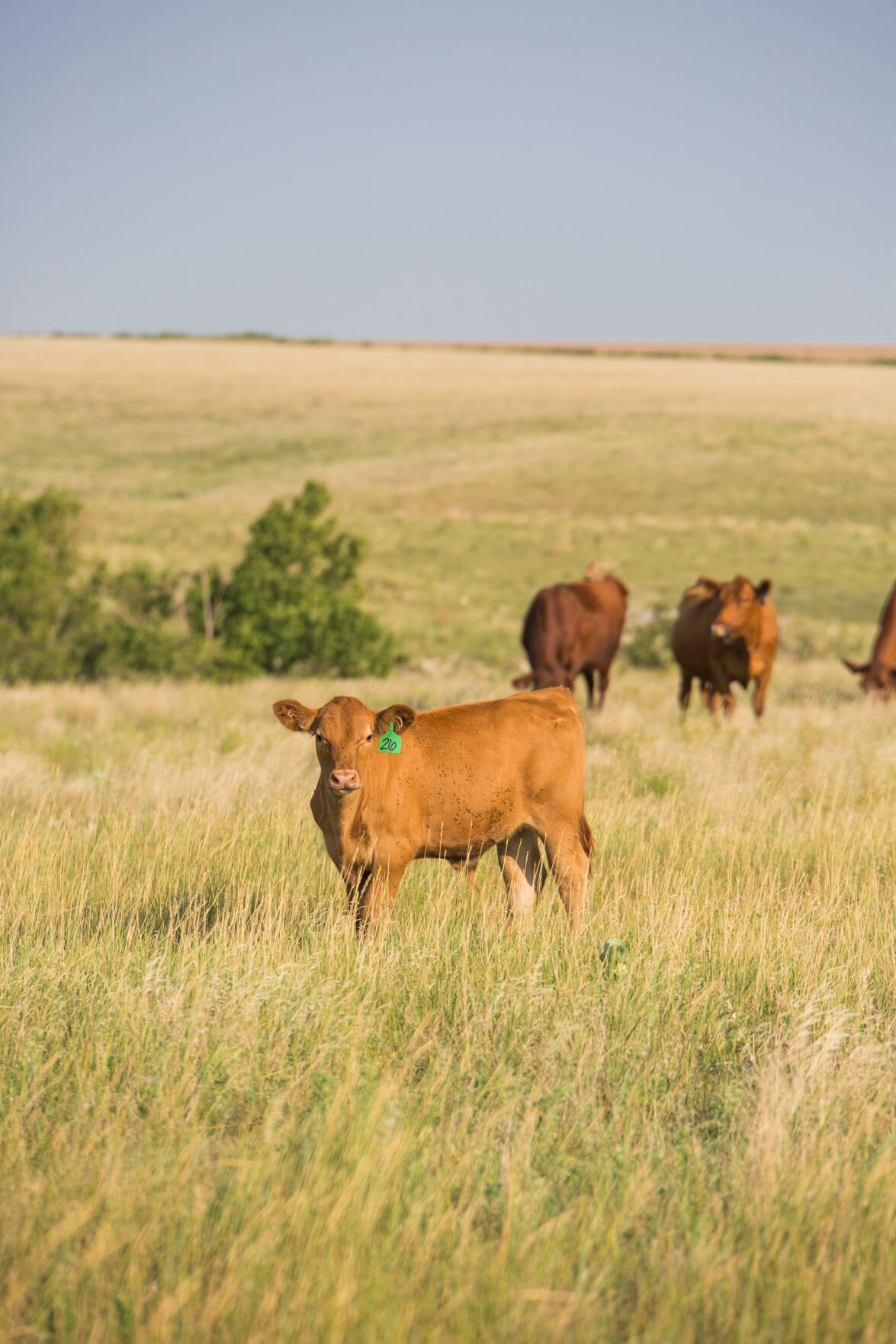 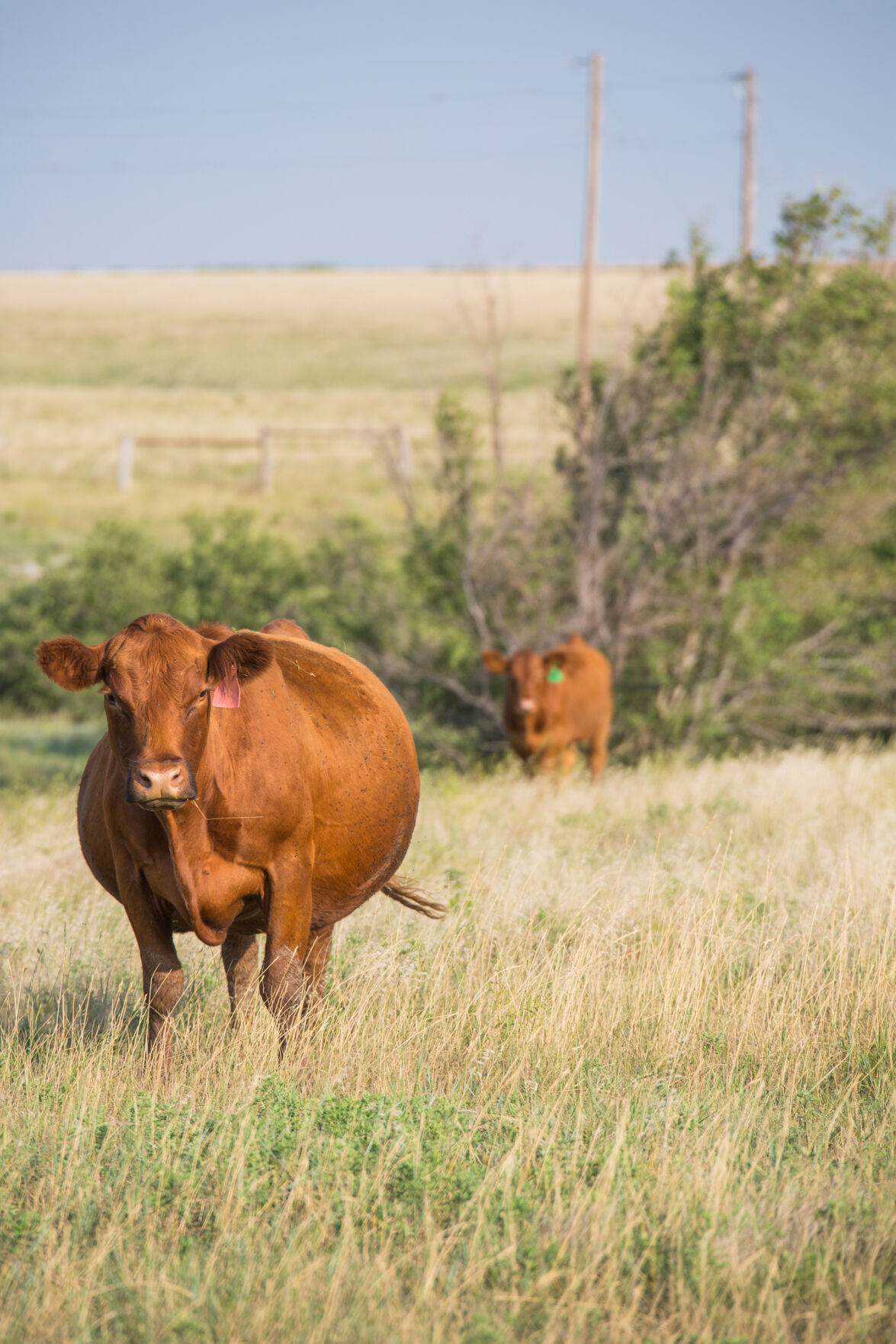 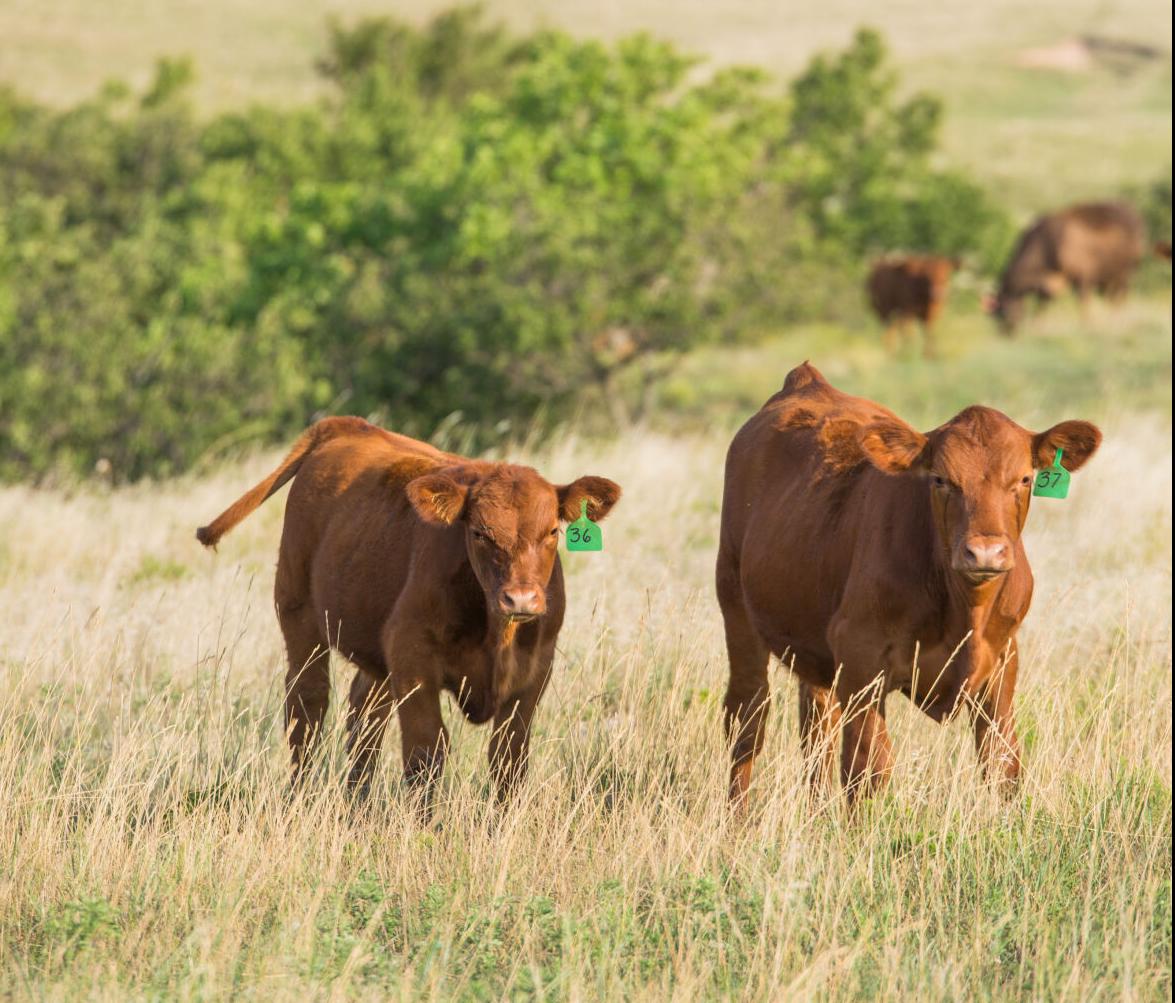 When it comes to precision agriculture, technology is often front of mind. But when planting or selecting cover crops to graze, tech often goes out the window for growers over word of mouth.

Jaymelynn Farney, associate professor at Kansas State University, said during the Feed and Forage sector of the 2021 Kansas Ag Summit that there are quite a few “really good tools out there” to help make cover crop planting decisions, especially if grazing livestock is in the cards.

“One of them that I like to use a lot is the Midwest Cover Crop Council decision tool,” she said.

At https://mccc.msu.edu/covercroptool/ a user can pick their state, county, goals and objectives. Farney said, for example, if a cattle producer is going to plant a grain crop and graze it, this tool can help determine the best cover crop choice. The tool will populate a list of plants that experts have said would meet given objectives.

“But then you still need to go and visit with your local people,” she said.

Farney said it does depend on the area and what species are grazing on what crops to get the maximum benefit.

During the sector Farney spoke with CJ Blew and Greg Goering to see how they are best utilizing their cropland acres by converting them to forage grazing for their cowherds.

Reno and Barber County producer Blew said for his operation he converted a number of acres from growing grain to more of a forage system because economically it made sense.

“Even today with $7 corn it might make you think twice about growing forages and running it through cattle,” Blew said. “But at the same time, historically, where we've been in terms of just the net margin—the cows were a better option.”

Blew and his brother, Russell, have had a partnership in recent years as a commercial cow-calf operation and “all along we were hell bent on being farmers too,” he said.

“It was an easy switch for us because we were already in the cattle business,” he said. “Along with that, I think all the ancillary benefits that we've seen from that have been good as well, but for us it was just a side benefit but if you look at the environmental impact that we've had.”

He’s seen an impact on the work they’ve been doing to improve their lands by taking grain crops out and grazing them.

“We've been able to essentially remove all but a little bit of nitrogen,” he said. “We've removed herbicides, we've taken phosphorus and potassium out of the equation.”

Those aren’t necessarily bad things, but when it comes to their environmental footprint, by switching to cattle it has become a win-win.

“The initial decision to do it was simply economics, and we were looking at how to make money with the land base we had,” he said. “We had already done quite a bit of cover crops.”

The Blews had transitioned from conventional till to no-till in the late 1990s and early 2000s, later implementing cover crops during that period of time. Eventually they wound up doing every thing they could to make the grain crops pay. It wasn’t working though.

“But at some point the economics were to the point where it makes sense for us to run cattle on these crop acres,” he said. “We do everything from annual forages, where we stockpile the same summer annual forage blend that we have—there's legumes and grasses, both in there.”

They take advantage of strip grazing through the fall and winter months, as well as having some winter cereals that grow in a blend with legumes. He also harvests some forage for feed.

For Blew it’s been an interesting journey and he believes anyone who grows cover crops, if they’ve done the same thing twice “they’re probably doing something wrong anyway.” It’s a fine line between tweaking the line up and getting it wrong or right.

“What we like about the cool season perennial grasses, No. 1, we don't have to go plant it,” he said. “But it also just widens out our window. We've got a longer period of grain growing forage at that point.”

When making the transition from cropland to grazing, he thought long and hard about the benefits of his different pieces of property.

“There's multiple scenarios that we have for multiple species that were growing, and it just depends on what our goal is, and when we're going to graze it and what we're going to use it for,” Blew said.

And having irrigation available has helped him remain successful.

“Anytime you can make it rain, it's a good thing,” he said.

Historically they were only able to use 18 inches of irrigated rainfall and their corn and soybean crops paid the price. Now he’s able to use less water, and still raise a good perennial grass crop to graze the cattle on.

Even with the longer watering and growing season on corn and soybeans, the grasses are still using less water.

“We quit watering during the day,” Blew said. “We're watering at night when we're more efficient. We're not concerned about the corn crop during pollination where you've got to keep the water on a continuous way to keep up.”

It’s simplified the farming processes for Blew and just by having that extra tool in the toolbox it helps.

Goering, a McPherson County producer, has a mix of commercial and some purebred cows, in addition to farming. Many of the cows come from former show heifers of his daughter, Taylor.

“We basically put embryos in and then our commercials carry them,” he said. “They act as recips, and so we do that and we farm. Mainly corn, soybeans, wheat and a little bit of milo. It's very diversified, and we don't have a lot of irrigation, 95% of what we have is dryland.”

As Goering was looking to expand the cow herd, he considered changes in some of his managerial practices when he first became interested in putting cover crops on some of his crop acres.

Goering rents some pastures, but told Farney he wanted something more cost effective than trying to go out and buy more pasture.

“What could I do with what I had, that could be considered grain, as well as livestock compatible?” he said. “And that's what got me to thinking, and saying, ‘Hey, what can we do,’ and basically asked for help from the Extension.”

Goering started on a small scale converting 80 acres from crop land to grazeable forages the last four or five years. Two years ago he went in on a full quarter to graze forages.

“That's the one that we really want to make right,” he said. “This year we're getting our water tank set up, trying to make it more efficient and with what we want to do.”

Goering’s “home place” grass is close to this quarter so he can drive his cattle back and forth—making two different areas in different forages. At this point he’s committed to do it right.

“I think you've got to be committed to be sustainable,” he said.

He spent one summer hauling water every day, sometimes twice a day and went ahead and drilled a well and put in permanent watering sources.

When looking at what to plant in those acres, Goering determined what plant species would be the best fit for his rotations and the cattle. He also asked for guidance from Farney.

Goering was able to determine what he wanted to do grain wise and what was next up in his crop rotation. For him the biggest learning curve came when determining what cover crop mix to plant and what would work best in his area. Currently he can plant wheat, take the wheat crop off and quickly have crabgrass growing. He’s found that combination works well.

From an economic standpoint, by diversifying with the cattle and cropping systems Goering found it was worth it.

“Is it right? Is it wrong? I don't know, but what I'm trying to do economically, is I want to keep my livestock,” Goering said. “I like it. It gives me joy. And at the same time I'm utilizing a piece of farm ground that can raise grain and feed cows.”

For more information about the Kansas Ag Summit visit www.agriculture.ks.gov/AgGrowthStrategy/ag-summit-2021.