You could hear lots of things in Sharon Vogt’s voice after her sorghum crop was safely out of the field in rural Greeley County, Kansas. Relief, grief, and happiness.

Vogt’s husband, Mike, passed away in a car accident Sept. 29. Members of the community, family and friends all pitched in recently to harvest the Vogts' crop. Friends helped finish up their harvest Oct. 26.

Sharon and Mike’s family along with other family members are part of RE and L Farms near Tribune, Kansas. The couple has two daughters, Desiree Sanders, who lives in Michigan with her husband and daughter; and Simone Vogt of Tribune.

“They did ours first,” she said. “It wasn't even, ‘well, after we get ours done, we'll come help you.’ They did ours first. And now they're still working on theirs. And it's just like, ‘Oh, my word. You know?’”

Sharon has been touched by the generosity of her community and struggled to put it into words.

“To see the love they had for us,” she said. “People have really touched our lives in a very special way. And took a huge load off our hearts and minds.”

RE and L Farms has been in the family since 1919, and Sharon has photos of the first harvest on the farm.

“We had a big celebration of it. In 2019 invited the community out to the house and celebrated like his grandma used to with a weenie roast and homemade ice cream,” she said. “That's how we celebrated it. It's just kind of simple and but it was meaningful to the family.”

Sharon said Mike was looking forward to this year’s crop and had one new field he was particularly proud of.

“We had a lot of acres this year. They're all good, but, you know, they just went out of their way to go get it. Because it's quite a ways away. It's just amazing.” 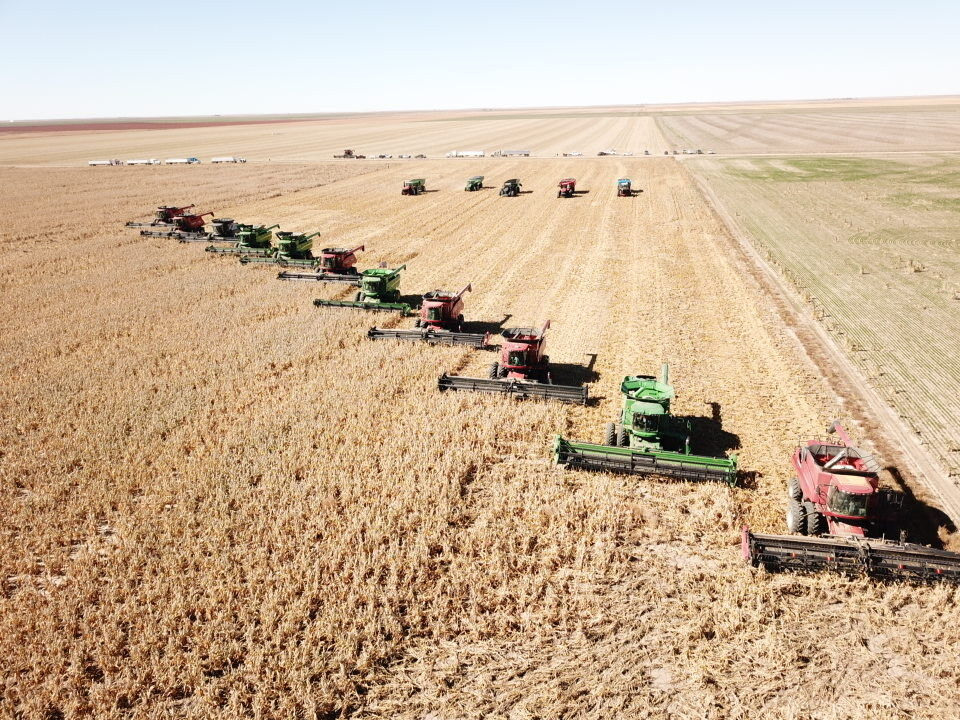 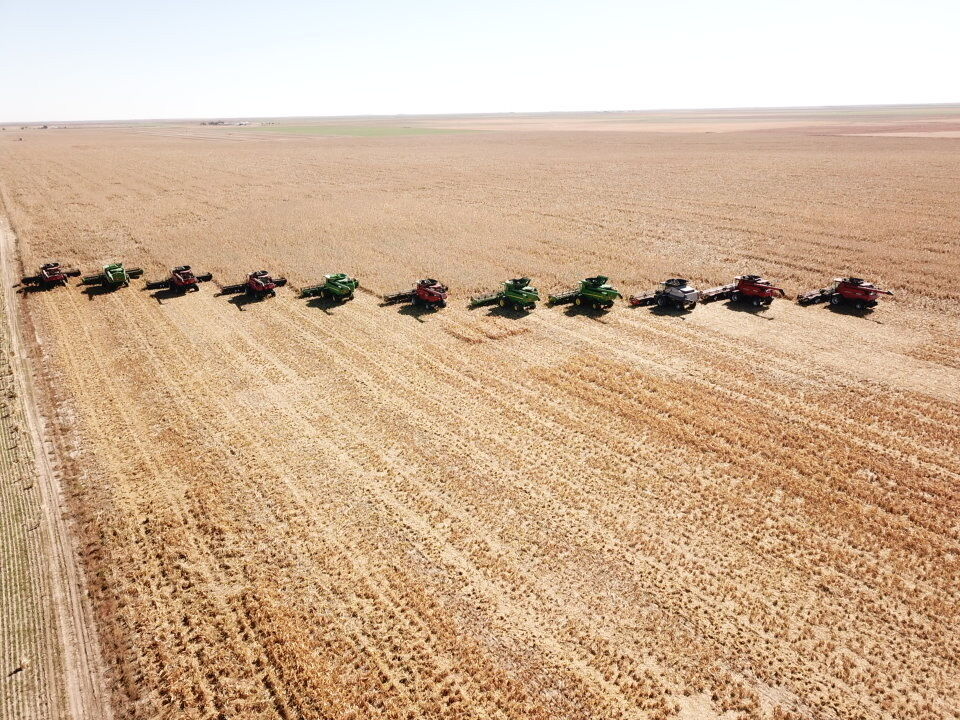 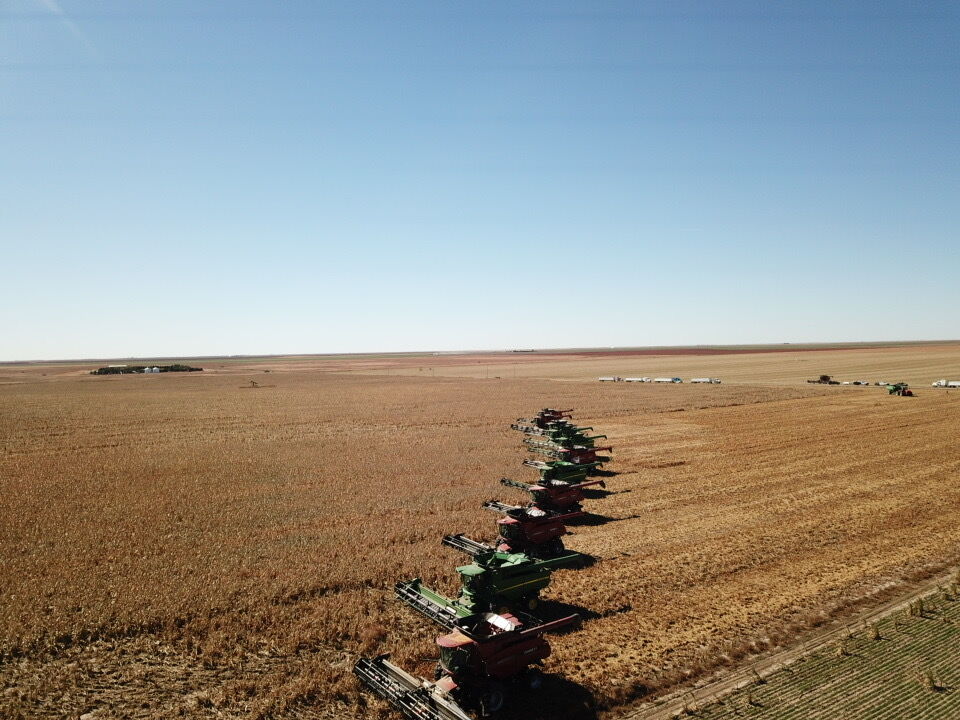 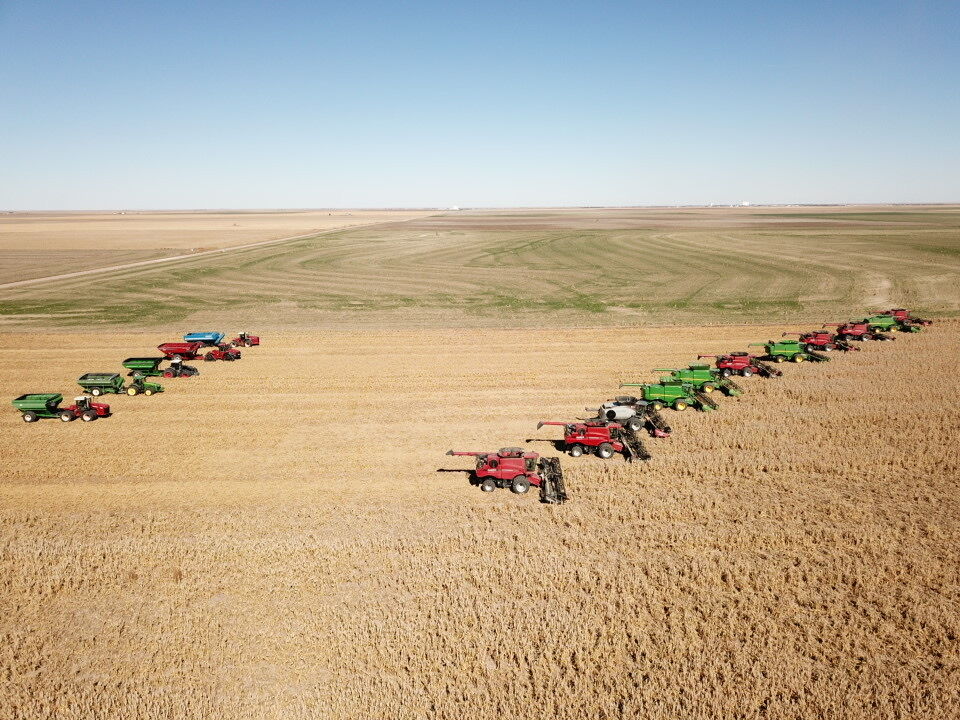 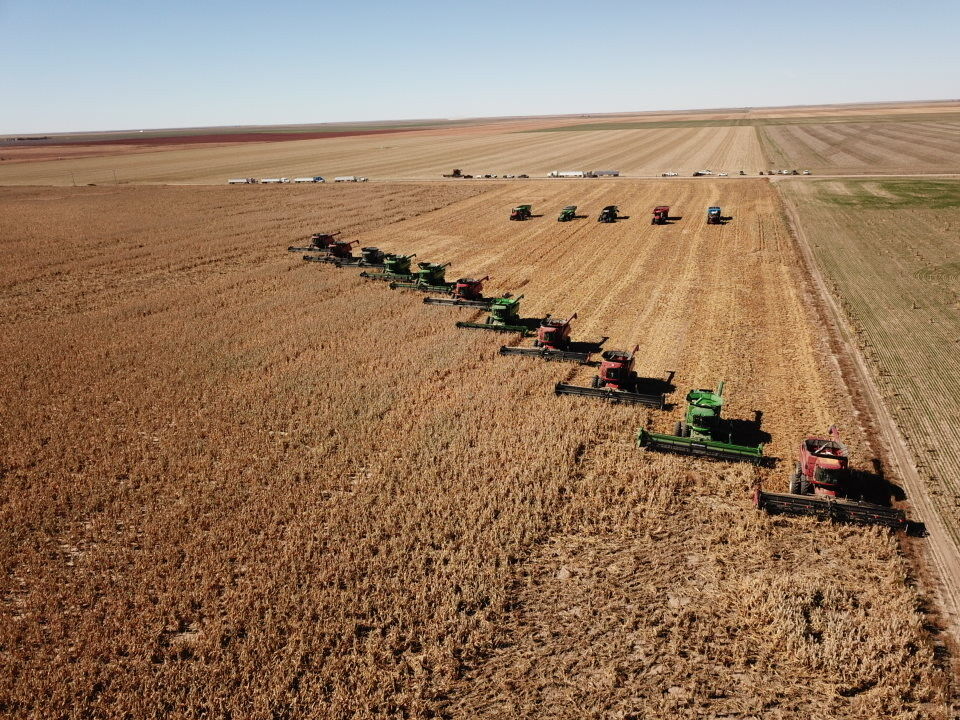 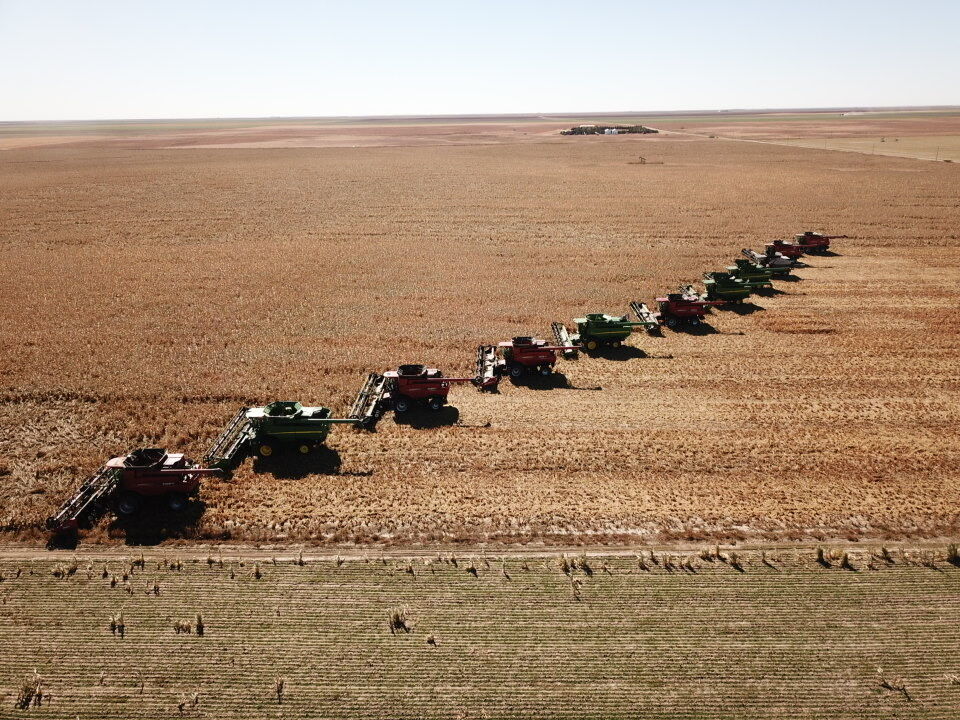 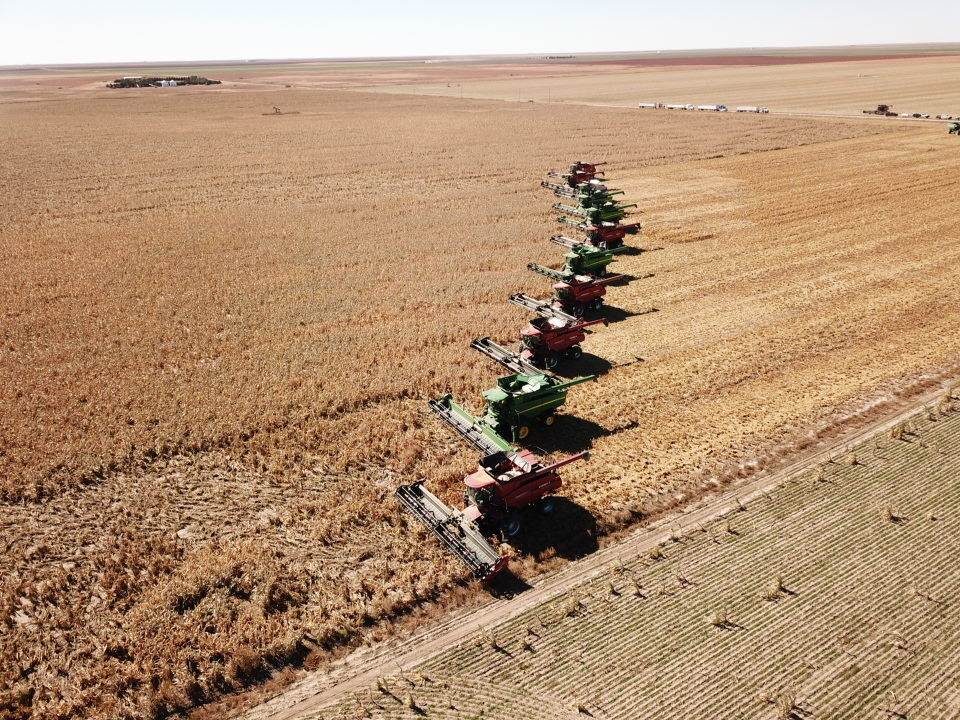 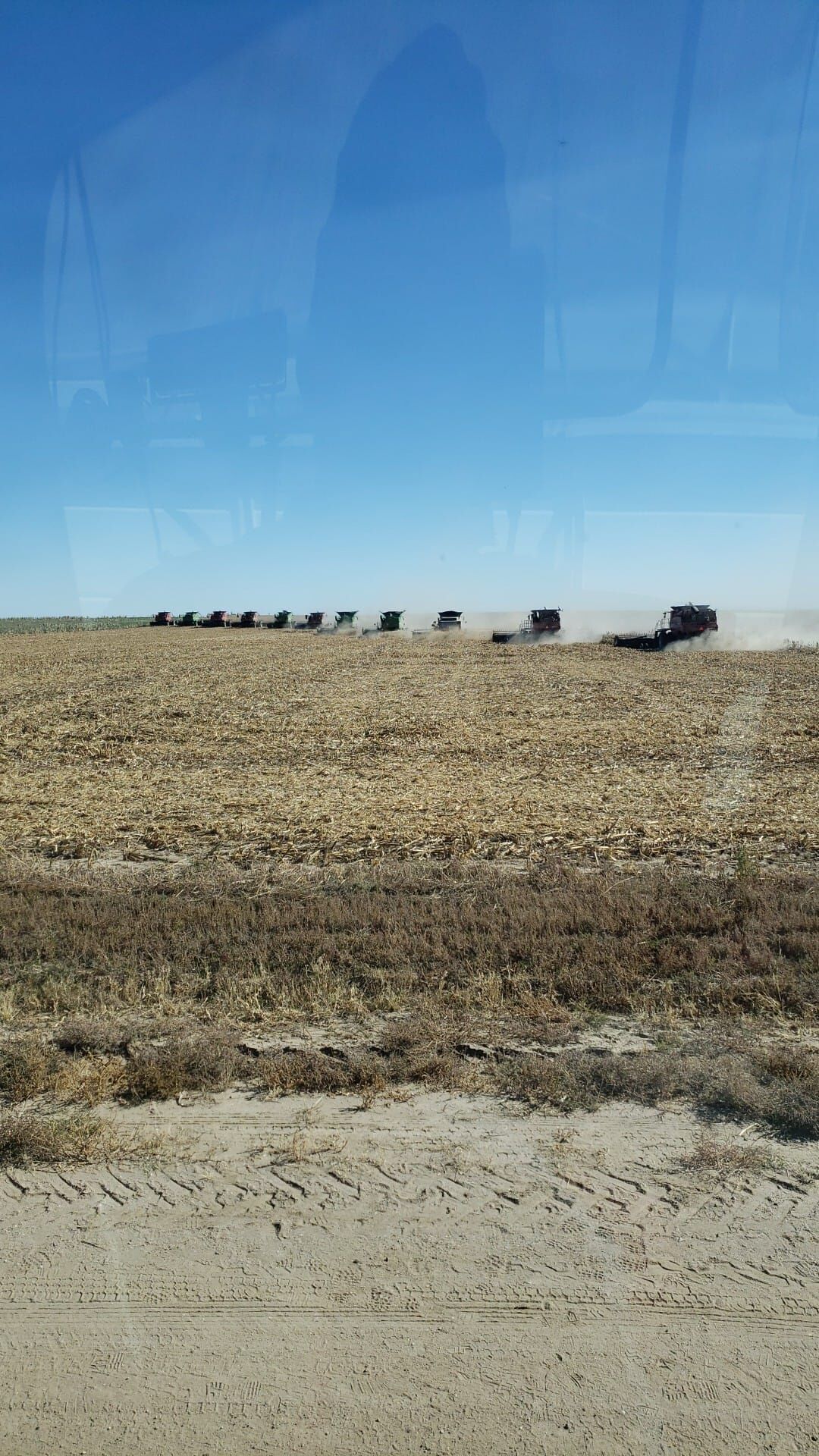 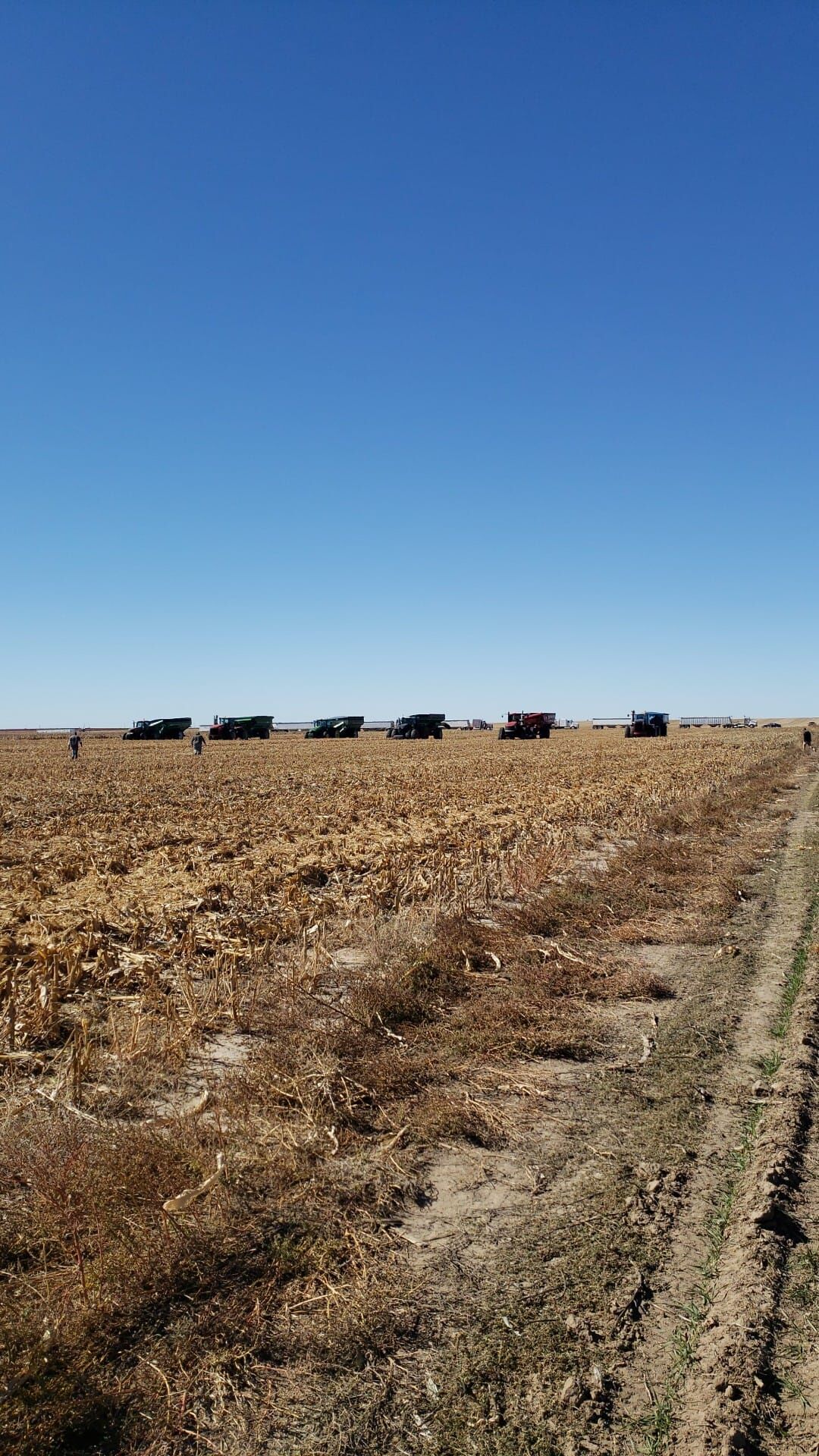 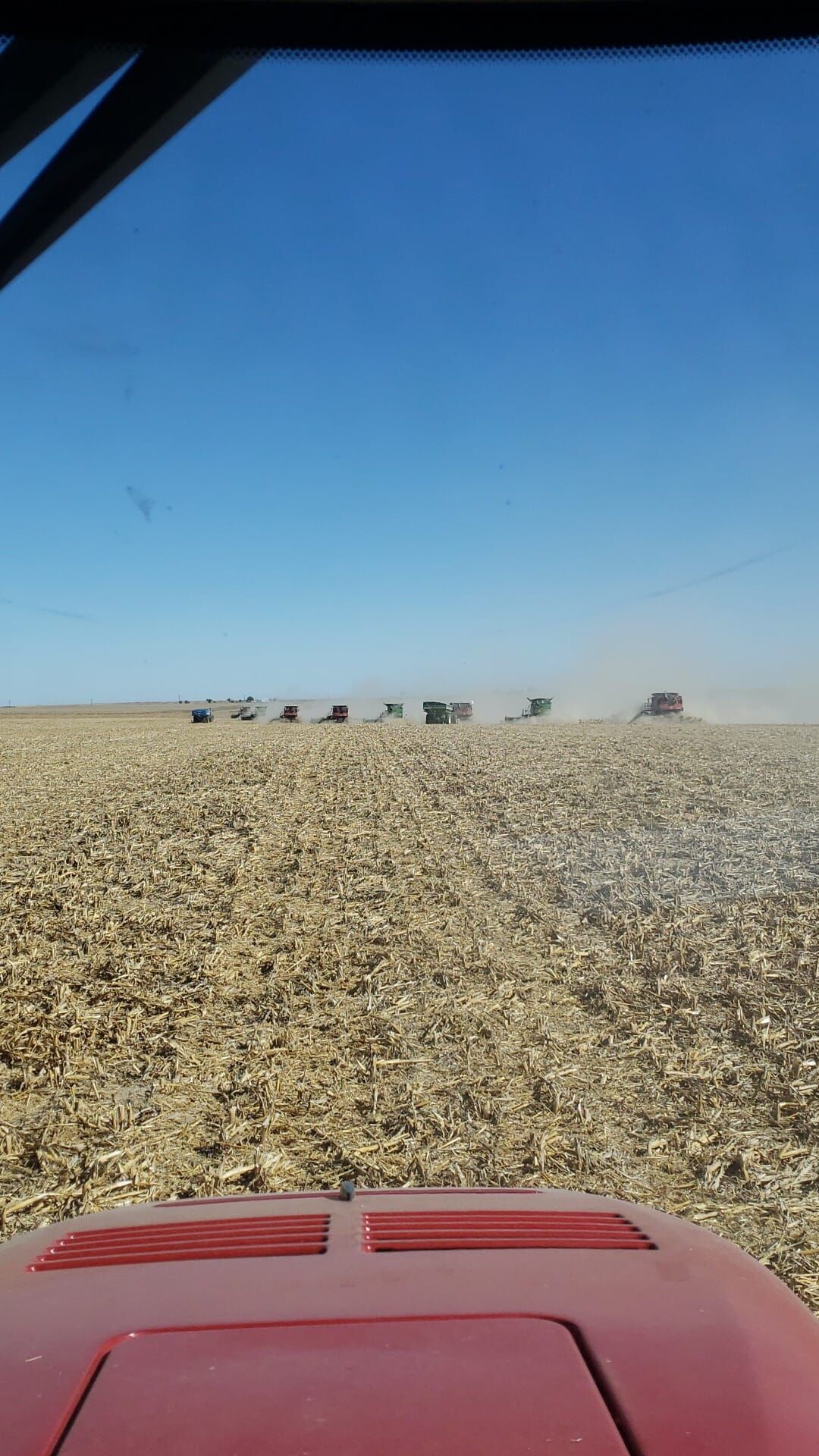 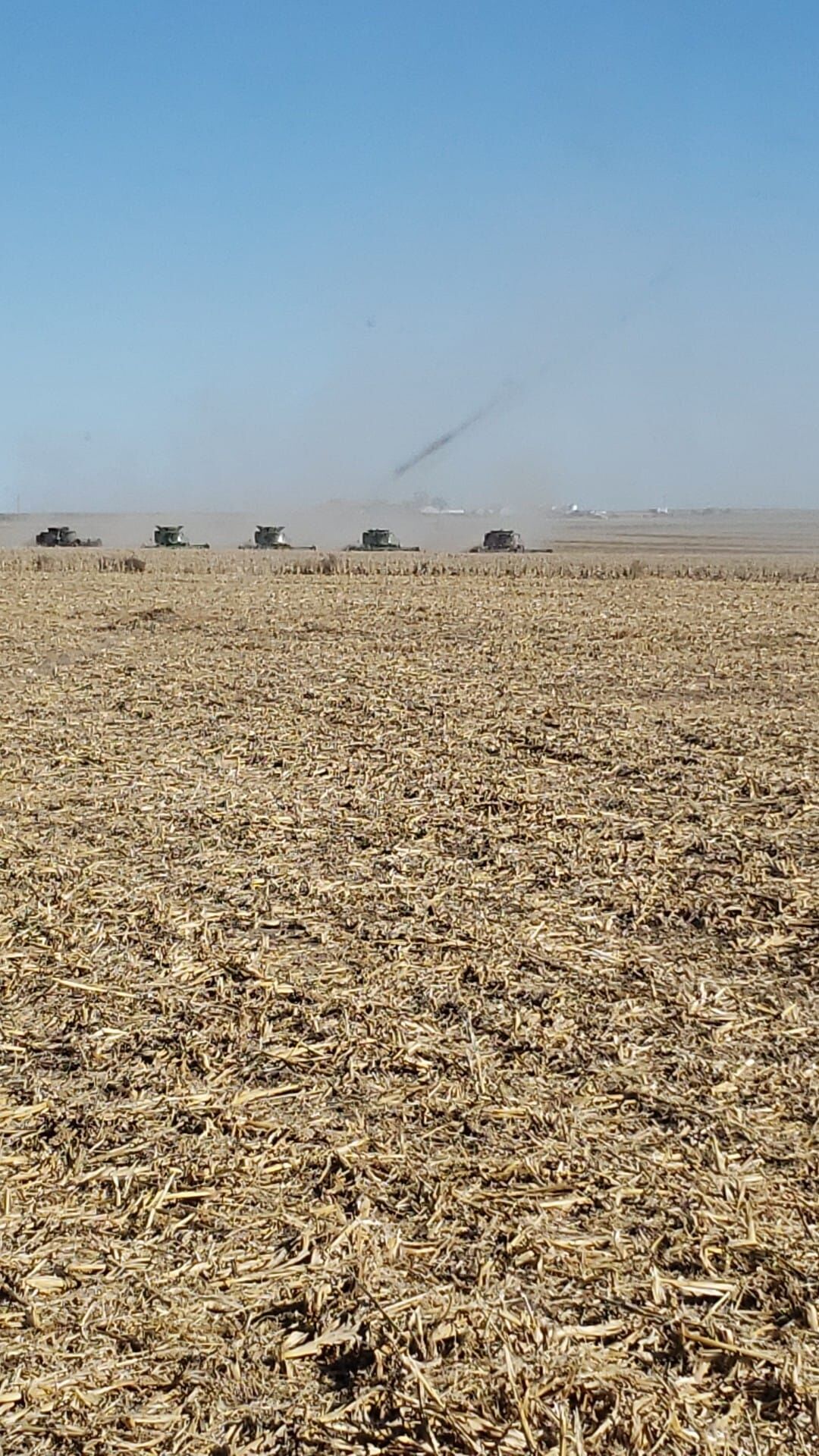 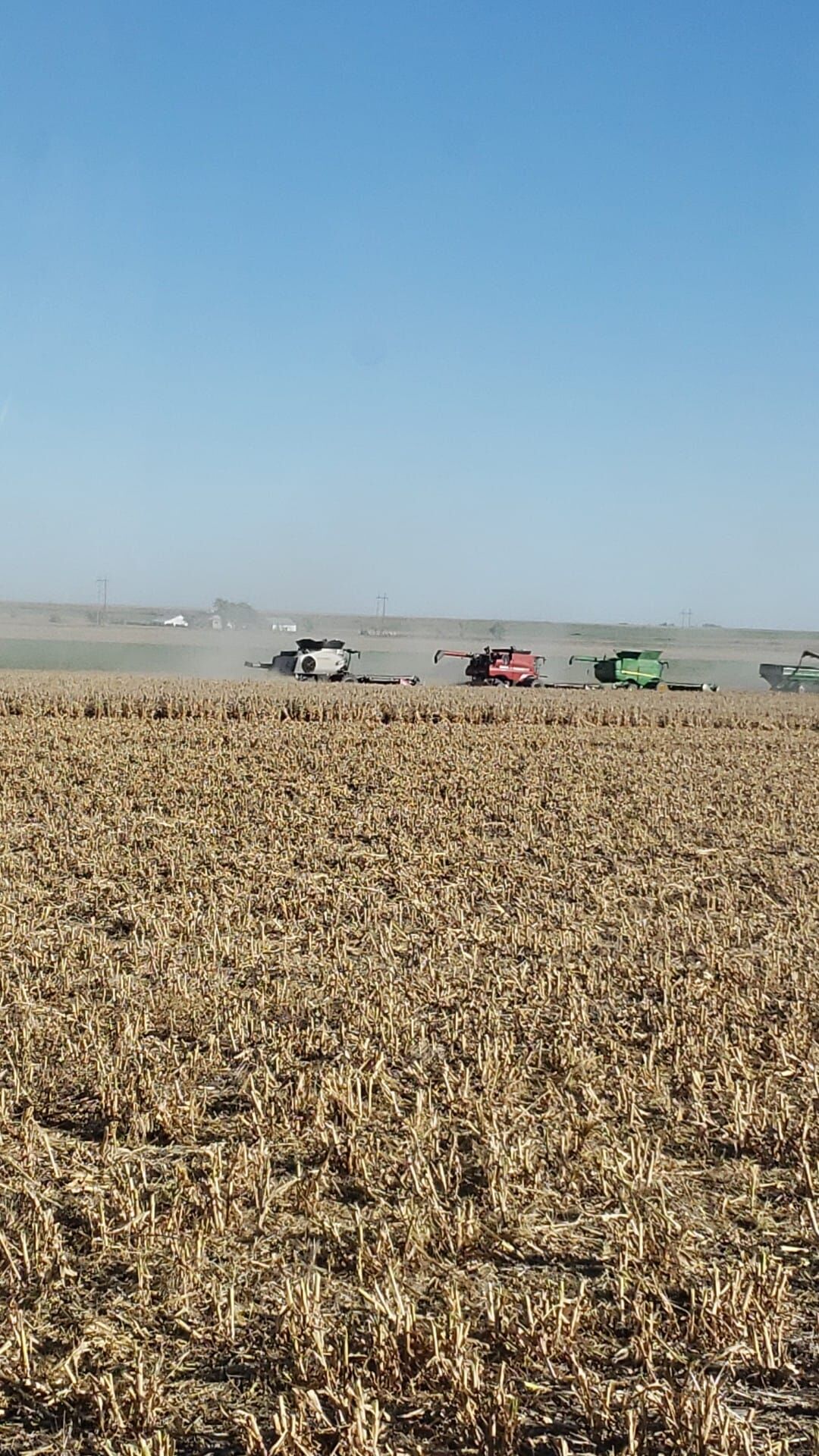 Friends and neighbors come together to finish harvest

After the loss of his friend Mike, Brad Koehn wanted to do something to help. He started fielding phone calls shortly after the accident and eventually organized a massive effort to make a dent in the Vogt sorghum harvest. Over the course of a couple days, Koehn had 30 combines lined up to harvest.

“I just thought it'd be kind of something—RE and L Farms they had their 100th anniversary here year or two ago,” Koehn said. “Just kind of a cool tribute to get in there. Obviously, the boy has a lot of friends out here.”

Koehn said on Oct. 20 he had about a dozen combines show up to harvest and really had only planned on cutting a few hundred acres. Another group cut on a different day.

“I can't tell you how many grain carts and trucks. I think we had five grain carts,” he said. “I'm not positive for sure. I might have been running around like somebody stole my lunch money.”

That morning, he really was unsure of how the day would pan out.

“It was just bunch of people come together and honestly that morning I didn't know how many combines were going to show up,” Koehn said. “All I did was call all the people that said that they’d offer up some help. We got going and they just stepped up.”

Koehn claims all he did was make and take phone calls, and shake some hands, but he credits the work accomplished by all those that showed up.

“It was something that kind of blew my mind,” he said.

Koehn has been friends with Vogt and his crew for a number of years and actually harvested millet with RE and L Farms this year.

“We've done a lot of help and back and forth. I had a combine go down one year I called him up and said, ‘Hey, I got a combine down and he goes, go get it. Get the one with duals it's better,” Koehn said. “We actually have done a lot together. He needed a header this year for wheat harvest, and I told him to go get it. And so, I mean we were pretty good friends.”

There were other friends and neighbors who had a hand in cutting a number of other acres on a different day. Koehn said there’s probably about 150 acres of Vogt’s left.

Koehn aimed to be that extra anchor for the family.

“I just to give them that extra support. But that was good therapy for them to be able to run their stuff as well,” he said. “I wanted to take the massive burden off of them and then they can go do what they wanted to, what they can handle and I mean that’s all I was after just offering them the support. I didn't want to come in and rule the roost.”

Koehn believes this meant the world to the family.

Helping is nothing new to the Greeley County community, according to Koehn. One of the kids helping with the harvest Oct. 20, lost his own father two weeks after Vogt had died.

“He was our former sheriff actually,” he said. “They've stepped up and backed him too.”

By the end of the day, Koehn’s original goal of 250 acres harvest was surpassed.

“I just thought it'd be kind of cool to just do that for them,” he said. “At the end of the day it ended up being 700 acres and we started at noon, and kind of cool the support (we had).”

Vogt was David Miller’s uncle, and he too took part in supporting the family. He was not shocked how the community has stepped up to help the Vogts and others.

“While small communities have their issues, they don't have any issue when someone needs help,” Miller said. “The outpouring of support the family received was really beyond words.”

For Miller, it was a tough job harvesting his uncle’s crop.

“But seeing that many people show up to help shows what small communities are all about,” he said. “We have pretty amazing friends and family and neighbors here.”