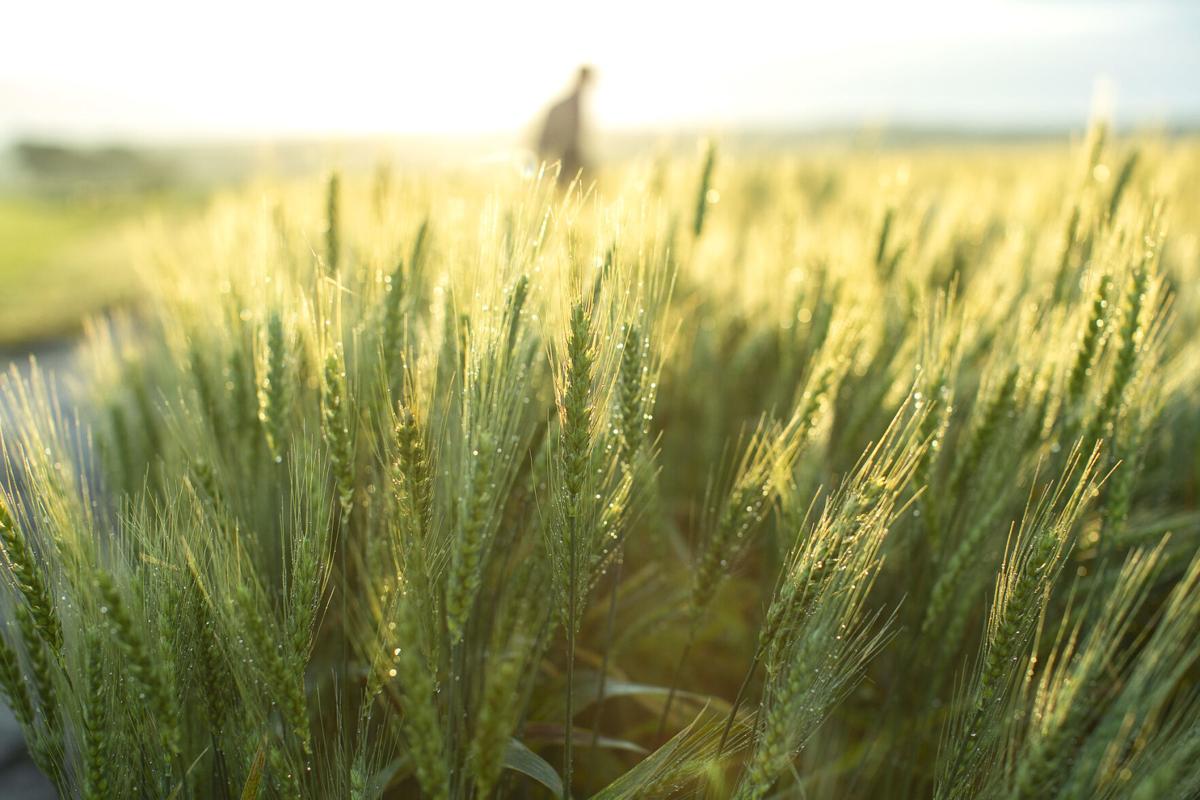 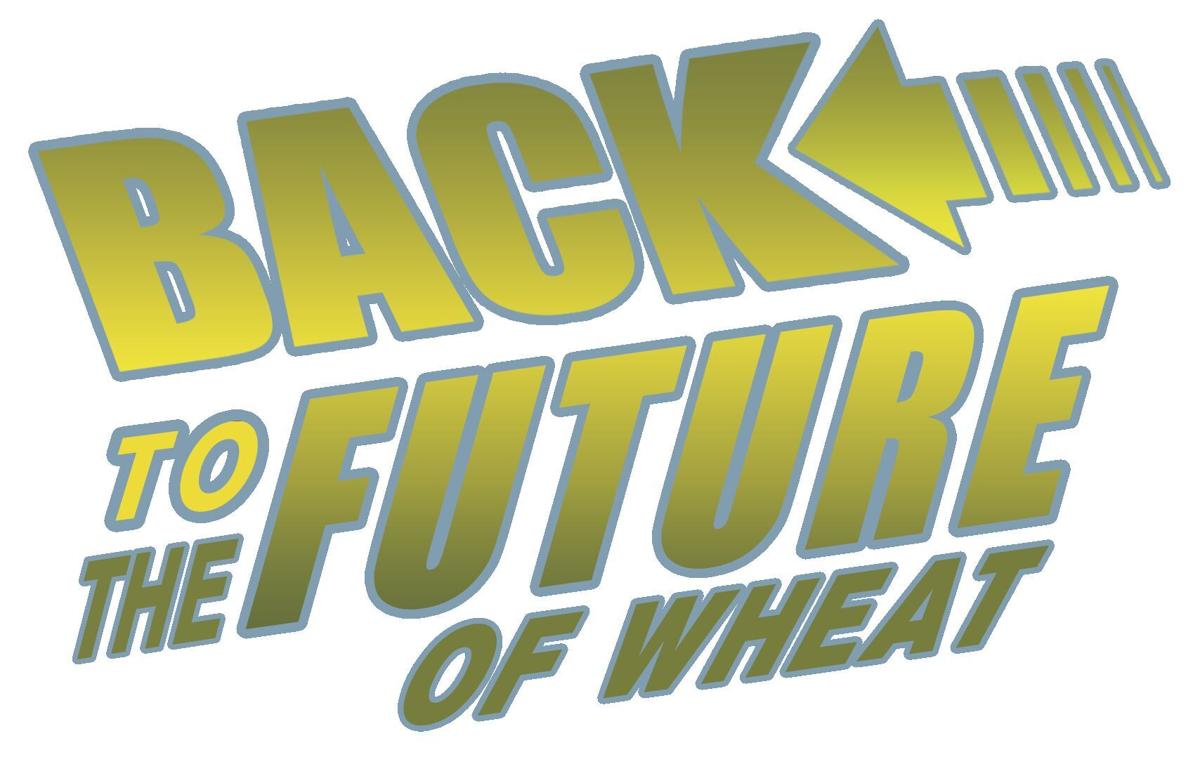 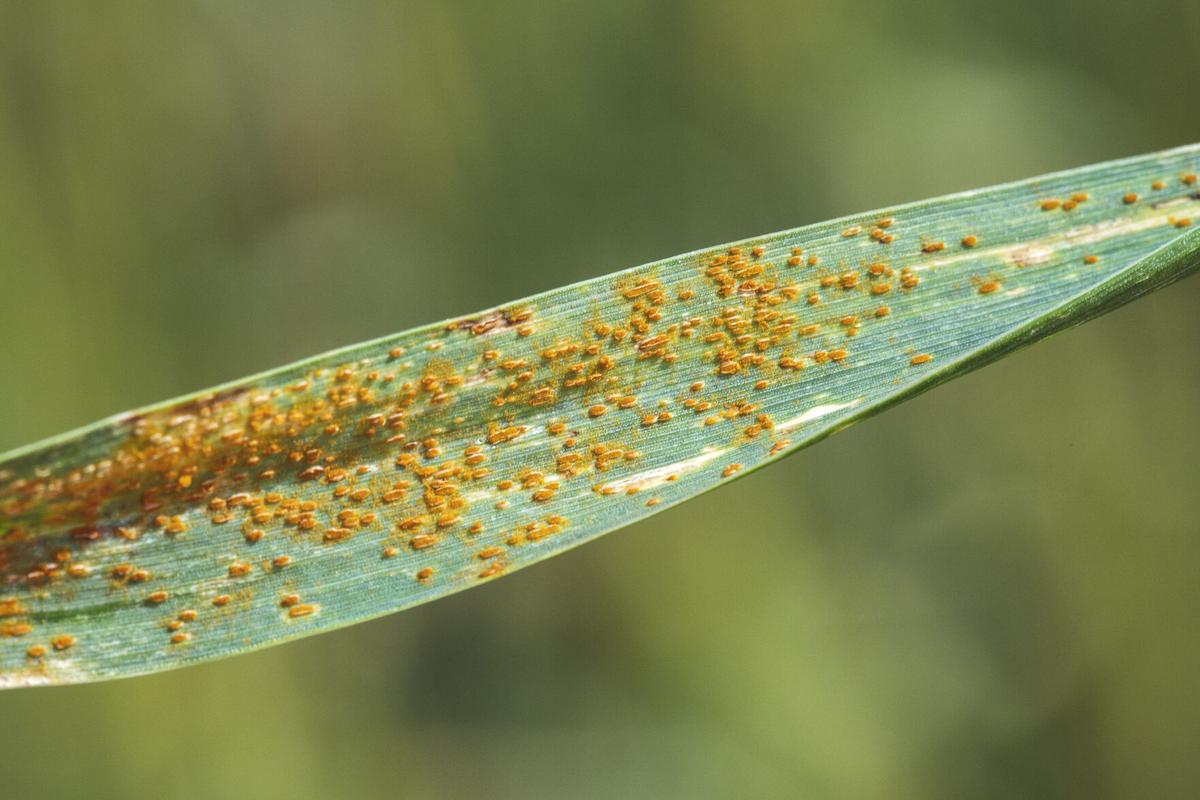 In 2020, wheat breeders don’t have a tricked out DeLorean, or “Time-Flux Capacitor” to travel back in time. They don’t need them. Instead they’re using the recently unlocked wheat genome and a collection of ancient wild emmer wheat specimens to save the future of wheat farming.

Selection tools of yesterday and today

To understand the future of the wheat industry, it helps to take a trip back into the past. Today, wheat accounts for 20% of human caloric intake around the globe. But thousands of years ago in the Fertile Crescent, it started as just a plant that ancient man found growing wild and saw that it had potential as a food crop.

Brian Steffenson, professor of plant pathology at the University of Minnesota, explained ancient farmers made selection decisions based on attributes that helped them. For example, he said, maybe those ancient farmers selected one plant over another because it had reduced shatter loss, or maybe one plant produced larger or tastier kernels.

They simply didn’t have the tools we have today for selection.

It wasn’t until the modern era where data collection in wheat breeding became more sophisticated, and breeders began collecting data points on everything from growth pattern to yield, to milling quality. And while botanists like Gregor Mendel and wheat breeders like Norman Borlaug understood the building blocks of plant genetics, it wasn’t until 2018 that the International Wheat Genome Sequencing Consortium released the whole wheat genome to the world.

Armed with the wheat genome, the map to its entire 16 billion DNA letters, scientists like Steffenson and many others around the globe can now more precisely make selection decisions in wheat breeding programs. It’s also given rise to a new way of thinking about those historical examples held in seed vaults all over the world.

What genetic attributes are locked in those emmer wheat samples that could help wheat farmers today fight diseases, pests and drought?

A trip back in time

Recently, the U.S. Department of Agriculture awarded a $650,000 grant to 2Blades Foundation and its collaborators at the University of Minnesota, Kansas State University and the John Innes Center in the United Kingdom for one such project. The group will study samples of wild emmer wheat using the maps from the wheat and wild emmer genome to see if there are genes that have been hidden that can be used to help farmers combat wheat rusts. Steffenson brings his expertise in cereal rusts to the coalition, which also includes Jesse Poland, a wheat geneticist at KSU’s Wheat Genetics Resource Center, which maintains an extensive collection of wild wheat relatives, and Brande Wulff who has developed a methodology to quickly identify resistance genes through association genetics.

Basically, they’re the team that’s going to fire up the genetic DeLorean and go back in time to hopefully fix the future.

“We’re going back to tap into those collections because we know those wild plants co-evolved with these diseases,” Steffenson said. “They had to develop resistance to rusts in order to survive.” The group is searching for rust resistance because rust diseases are so devastating to wheat crops and can cost farmers worldwide $3 billion in lost production and control costs each year.

“We want to identify the wild emmer accessions that are resistant,” Steffenson said. “Then from a genomic standpoint, identify and clone out the DNA sequences that contribute to rust resistance. Our ultimate goal is to insert these resistance genes originating from wild emmer into an already adapted and popular bread wheat cultivar farmers like to grow that may be susceptible to the disease.”

Wheat breeders already try to select for single gene resistance to rust in their programs, using conventional methods. The problem, as Steffenson explained, is that stem rust, leaf rust and stripe rust are highly adaptable and will evolve quickly to overcome that single gene protection in a wheat variety.

“Our strategy is to combine a number of resistance genes, perhaps four, or five into a single cassette and then transfer this cassette into wheat making it more difficult for the pathogen to overcome resistance,” he said.

The future for wheat farmers

Researchers and breeders are up against a ticking clock to find answers to not only rust diseases affecting wheat, but also drought tolerance, yield and quality issues that have the potential to critically impact the billions of people around the world who rely on wheat for their food supplies.

“If a farmer could grow a wheat crop without worrying about periodic losses due to rusts, because he had natural resistance built into his wheat cultivars, that would be a more sustainable practice for growers to not have to apply pesticides to control these diseases,” Steffenson explained. In countries where virulent forms of stripe rust run rampant, fungicides to combat the disease may be out of farmers’ price ranges. And stem rust, if left untreated, could cause widespread destruction of infected crops.

Steffenson explained that to put these ancient resistance genes into modern wheat varieties in the most efficient manner possible, in order to prove the concept in a timely fashion, the team is using genetic modification techniques.

“You can transfer genes from wild emmer into wheat using special cytogenetic techniques, but it takes a long time and a lot of work,” Steffenson explained. “There’s the possibility of accomplishing this by gene editing in the future—a technology not considered genetic modification or GM by the USDA—but that is a little more difficult when we are talking about editing multiple genes.”

Because the testing of cloned resistance genes transferred into wheat as a cassette is considered GM, this part of the research would be subject to regulatory restrictions, Steffenson said. USDA’s Animal Plant Health Inspection Service has to be informed at every step of the process, from what varieties are being imported from foreign countries, to what genes have been inserted in those varieties and with what vectors. The seeds are controlled in a greenhouse environment for the first increase, and then they have to obtain permission to plant in a field environment. And all plant material at the end of that field experiment has to be destroyed—roots, stems, leaves, all of it goes into an autoclave.

“As a scientist, I’ve worked for 30 years in cereal crop development and I’ve seen how often single gene resistance can be overcome by the rust pathogens,” Steffenson said. “The technology to efficiently transfer multiple resistance genes into wheat as a single unit offers great promise for achieving more durable resistance in the crop. Perhaps the success of this strategy may make GM technology acceptable for wheat.” Most importantly, the project is committed to making sure that the wheat lines that are developed are available to farmers everywhere, and especially to those in the developing world.

“We owe so much to those early hunter-gatherers and the selections they made over many, many years,” Steffenson said. “That’s how we got our great cultivated crops. Now in this age of genomics we’re able to find each of the genes underlying these important traits and understand and create new breeding strategies that combine genes and help us breed wheat to be more sustainable, more resistant, higher yielding and with better quality all at once. All of these tools will make it much more efficient to tailor varieties to specific regions and specific end uses as well.”

If they’re successful, it could be the next blockbuster sequel in the story of feeding mankind.

The delay in sequencing the wheat genome wasn’t for lack of interest from scientists. It’s because of its complexity.

At one point a half a million years ago two species of wild grass came together to create what we know as wild emmer wheat. Ancient farmers domesticated wild emmer wheat and planted it in fields. But then a third grass species bred with it in the wild and thus created this hexaploid genome. And, on top of that, 85% of wheat’s DNA is repetitive sequences, so even if a scientist narrows down the right chromosome when breaking down the segment of DNA, it’s difficult to work out where it should be in the genome.

It took the International Wheat Genome Sequencing Consortium 14 years, $75 million and researchers from 19 countries to crack the code.