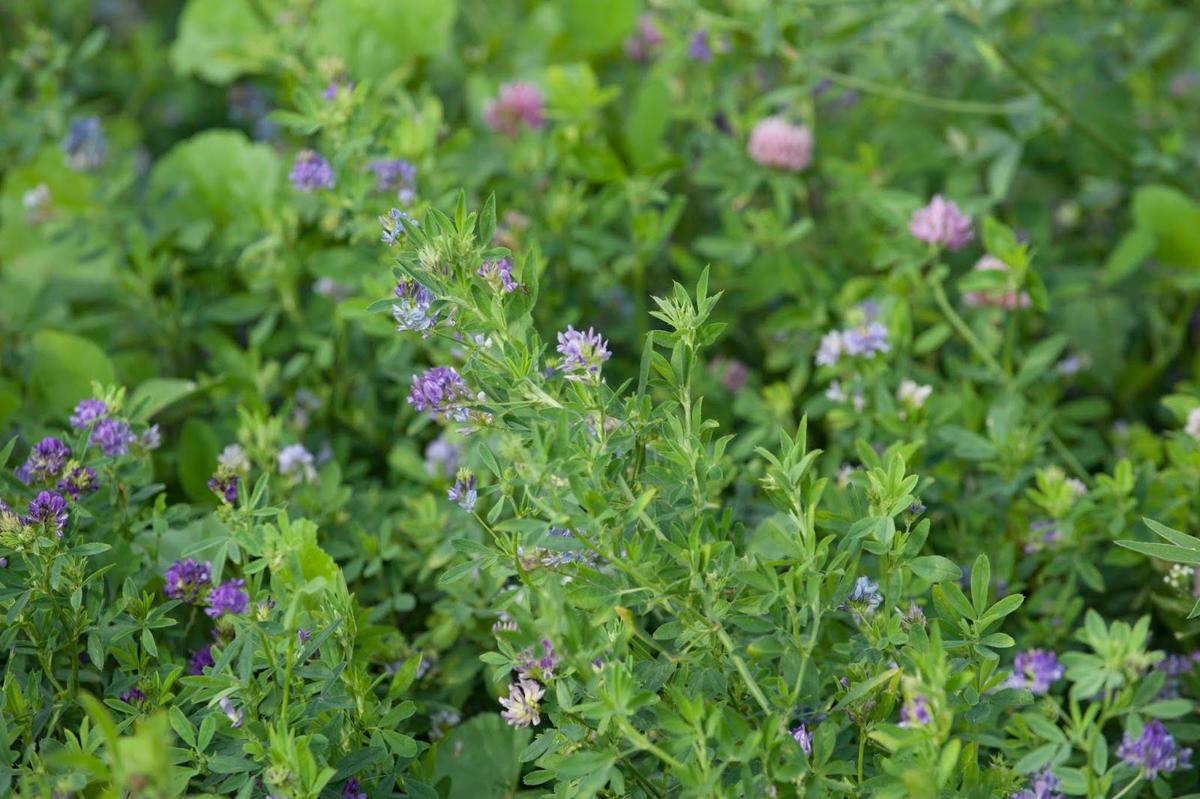 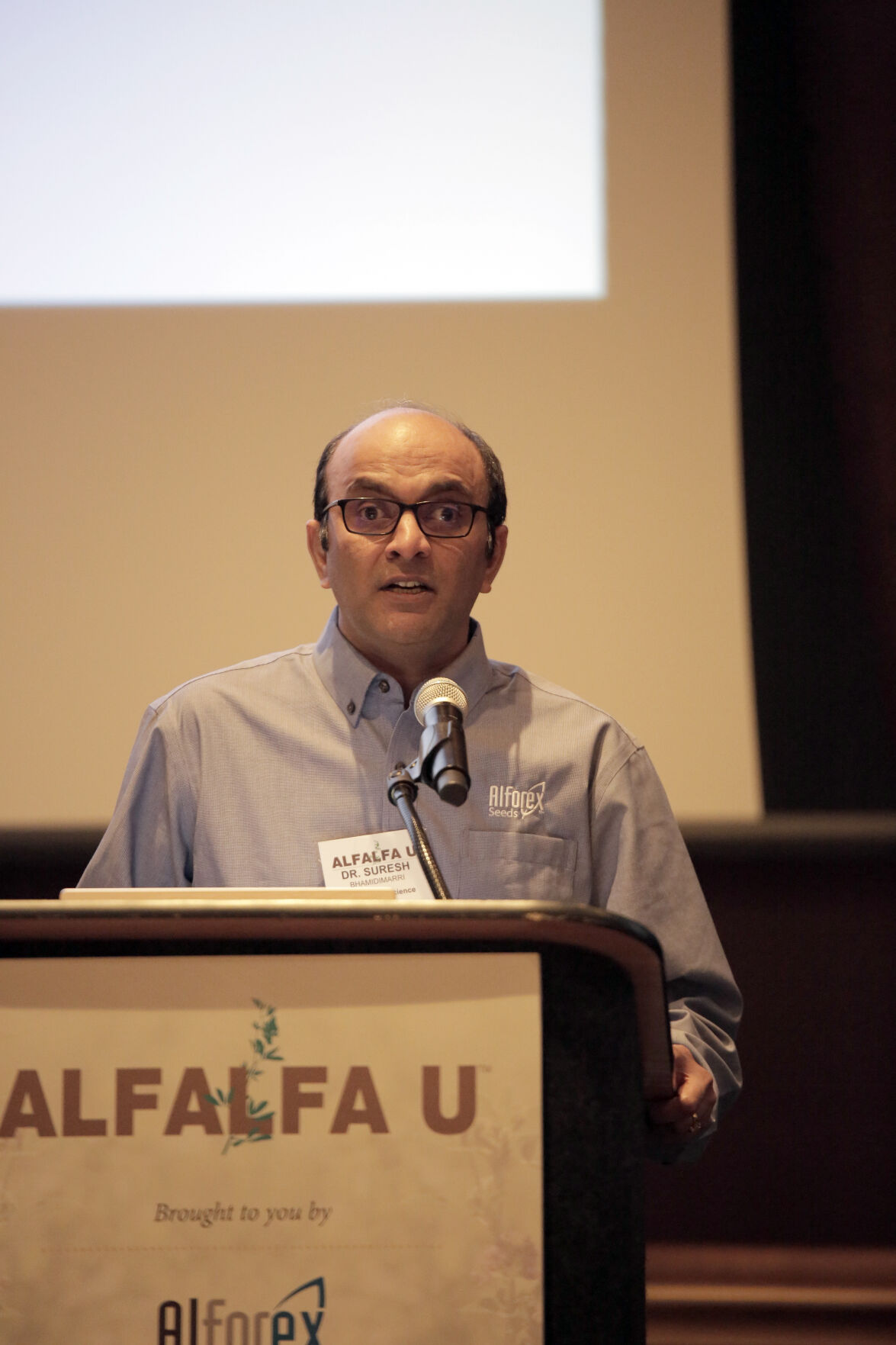 Before sending Alfalfa U attendees home with a vision of alfalfa’s future, Suresh Bhamidimirri, research scientist for Corteva Agriscience, had to take them back in time.

He explained that 30 to 50 years ago alfalfa research was based on what the producer needed to survive winter’s ravages and drought conditions, which included preserving high yields and offering hardiness. While all of that research made alfalfa the third most valuable crop after corn and soybeans, it didn’t do much to improve the alfalfa plant itself.

Present day researchers are using new technologies to give alfalfa its due as queen of the forages.

“Why is alfalfa called ‘the queen of the forages?’” Bhamidimirri asked. “Because alfalfa can be grown on every single continent on this earth except Antarctica.”

The ability to bloom where it is planted should garner alfalfa the prime location on each of those continents but Bhamidimirri said the livestock and forage production is usually relegated to less desirable fields.

“That is OK,” he said. “These are the challenges we need to be ready to meet.”

Developing alfalfa that will thrive under less than ideal conditions is the aim of current alfalfa research.

After several passes over a field using several different types of light rays, a drone can tell researchers exactly how plants are reacting to current treatments and highlight any potential problems.

Bhamidimirri knows that gene editing can make some growers nervous, but he urges them to do their homework.

Genomic selection is most often used when talking about livestock breeding, but Bhamidimirri says it will soon be useful in developing the alfalfa of the future.

Typically a grower selects individual plants, but with genomic selection the grower can select plants with a particular gene.

These selections can increase the quality, the nutrient uptake, and the ability of the plants to survive drastically changing weather conditions.

“Growing alfalfa and making good quality hay out of alfalfa is not an easy job,” Bhamidimirri said. “You need to be completely aware of what is going on around you, what the weather is. Make decisions as you go.”

Those decisions need to be driven by well-informed operators ready to produce.

Bhamidimirri said population growth is currently one of the biggest challenges that lies ahead. Thirty years from now, agricultural producers will be feeding 10 billion people and that requires more land. While land mass is increasing it is not increasing at the same rate as the population. Sustainable agriculture will play an important role in helping the land area keep up.

Alfalfa U was sponsored by Alforex Seeds, John Deere and High Plains Journal. To see the slides from this year’s presenters, visit www.hpj.com/alfalfau.