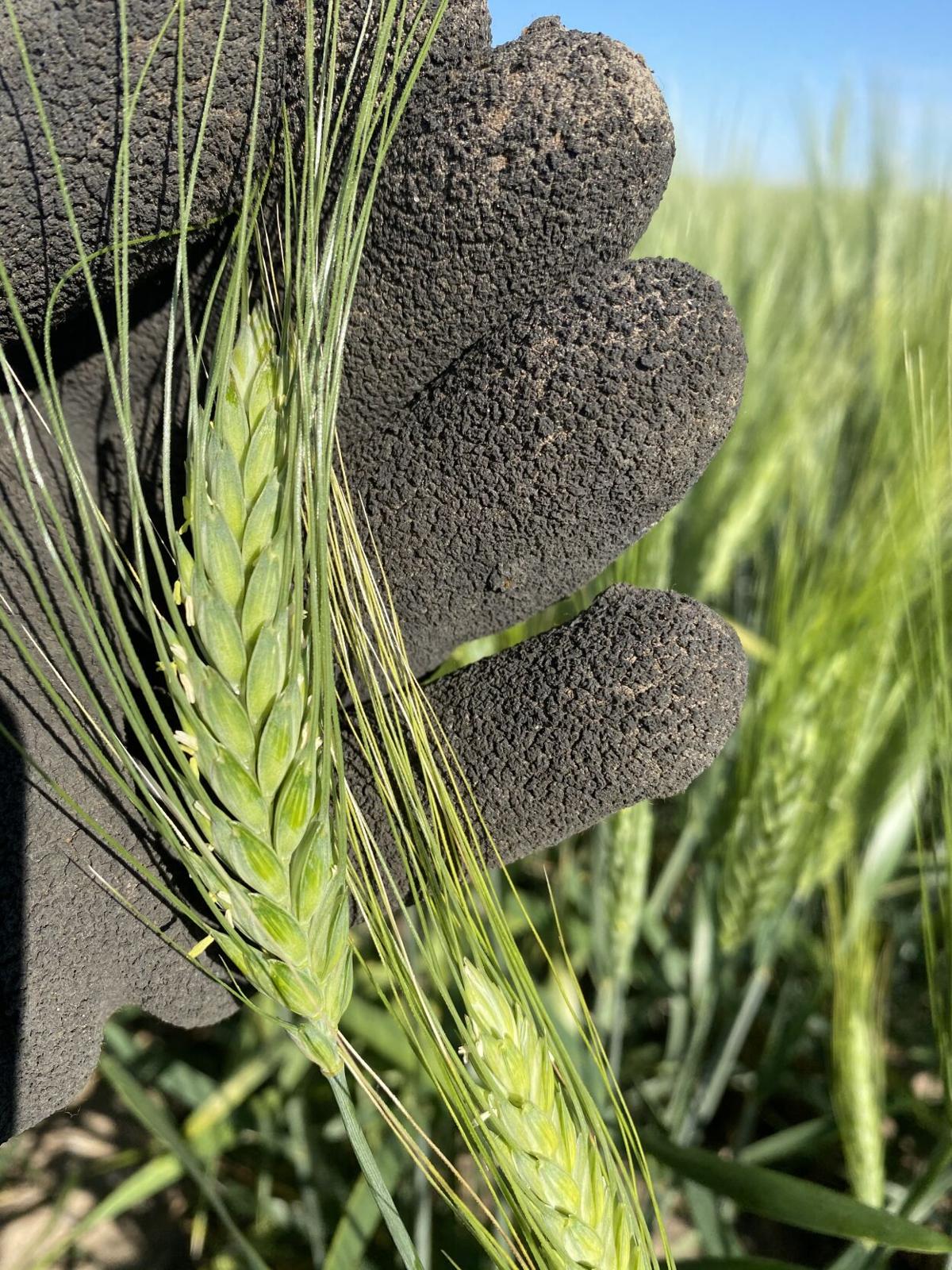 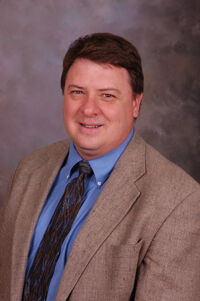 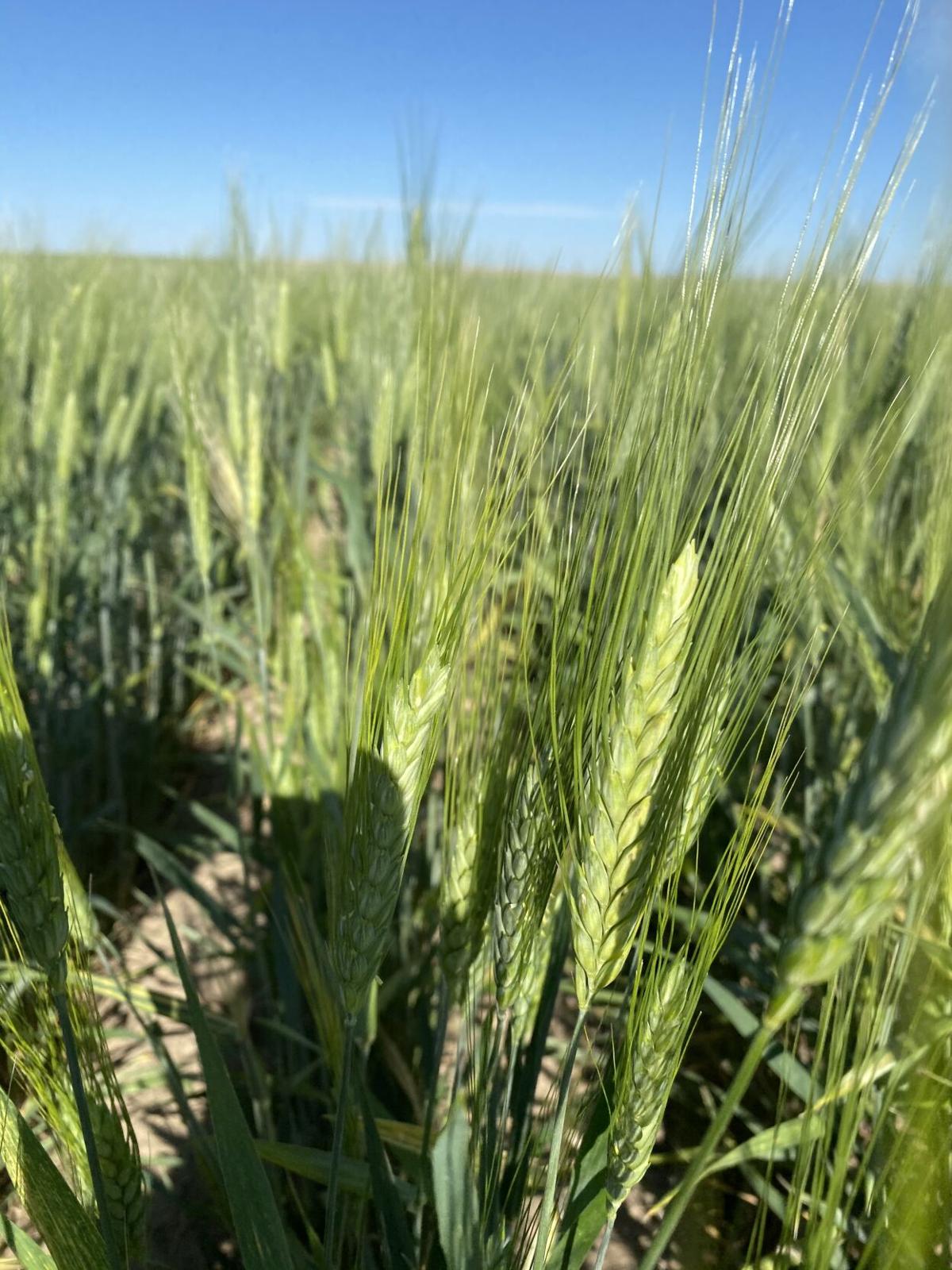 Wheat producers look for opportunity to increase their bottom line and while the current prices are favorable for traditional hard red winter wheat, additional value with winter durum wheat continues to garner interest in the western High Plains.

Tim Raile, St. Francis, Kansas, farms on both sides of the Kansas-Colorado line and has embraced winter durum as he enters his fourth year as a grower of organic wheat. In 2020, he grew 320 acres. Raile grows organic durum wheat as part of an entirely organic wheat operation. His overall operation includes about 10,000 acres. He plants his durum and hard red winter wheat crops in the fall and harvests them the following summer.

Segregating the crop—from seed, to harvest, to storage, to shipping and to its final destination—requires attention to every detail, Raile said, but the organic durum wheat can top out at $18 a bushel. The organic hard red winter wheat sells for about $12 a bushel. Right now traditionally raised hard red winter wheat is selling at about $6 a bushel at many grain outlets in the St. Francis region.

Durum wheat is highly valued by millers particularly in the pasta market. Durum wheat is commonly associated with North Dakota and Montana where it is planted in the spring and harvested in the fall. Kansas and its neighboring states generally produce hard red winter wheat used for making bread, certain types of noodles and general flour.

Some of the interest in growing winter durum is because of production problems plaguing Canada and North Dakota with the spring varieties and particularly with the organic crops where farmers swath it first so the crop can dry down, Raile said. In recent years those growing regions have received persistently untimely moisture at the time of swathing, which makes the crop susceptible to rot and fungus.

Raile has incrementally increased his acreage—from 160 acres his first year, to 240 acres his second year and 320 acres in his third year. Heading into 2021, Raile is now in his fourth year. Additional acres in Raile’s operation will depend on seed availability and he is looking to Kansas State University to continue its research and offerings.

“We are excited about what winter durum brings to our farm from a premium standpoint and I’m looking forward to what K-State seeds are built up and offering to the general public,” Raile said.

“This is the first generation of winter durum,” he said. “It doesn’t have the winter hardiness and vigor yet.”

Previous years’ yields were comparable, but in this past year with a hard spring freeze the durum did not retiller out as well as the breadwheat, researchers say.

Organic winter durum also requires a strict monitoring process, he said. To be certified organic means applying no synthetic fertilizers and chemicals can be applied on the crop. He uses natural compost, chicken litter and animal byproducts.

Custom cutters harvest his wheat, both organic hard red winter and durum, and they have to follow specific rules that include a full washout of the combines and handling equipment. That can slow a harvest but Raile’s custom cutters understand why it is important to follow his instructions.

Ray Brengman, a temporary associate scientist at K-State when the program began in the late 1990s, has been an advocate in developing winter durum in western Kansas. He notes that a grower has to be meticulous in his thoughts and actions.

Contamination can occur at any time in the process—from the planter, harvest, transportation to grain bins and even at market outlets—so a producer has to understand that even an innocent mistake could mean rejection of an entire load, Brengman said. Thoroughly cleaning out a planter may seem tedious and time consuming but is an example of the mindset necessary to stop contamination, he said.

Getting the seed out

“We have a small scale increase planted for 2021 harvest that will hopefully lead to our first commercial release in 2022 or, more likely, 2023,” Fritz said. “Our testing has been almost exclusively in the western third of Kansas but they should be well adapted on the High Plains.”

A release is not out yet and 2020 was a difficult year for testing, Fritz said. The freeze damage coupled with high temperatures later in the season stressed the crop. The good news is a line he has evaluated appears to handle the stresses as well as any of the better common wheats.

The story of winter durum is an ongoing one.

“We’re still looking at the mechanism of delivering winter durums,” Fritz said. “It will require an identity-preserved system. We think there is enough potential premium to make it an attractive option.”

Right, now, the focus is on production with irrigation because it allows a more consistent level of production and, even though it has held up well in the winters, breeders are being cautious because on the primary hurdles in what has been a 20-year journey into improving winter hardiness, Fritz said.

“Success will also depend on managing it to reach the potential as quality is predicated on protein content and quality, so I envision a management ‘prescription’ along with the genetics. The ability to segregate the grain will also be critical.”

Raile said his organic winter durum requires a producer do his homework to establish his own market opportunity.

“It won’t be like harvesting a crop and taking it to an elevator and getting a check,” he said.

If producers choose to grow more winter durum wheat it will bring some of the premiums down, Raile said, but if the market for organic durum continues to grow then millers will also take note.

He also says having access to a sorter to keep the durum cleaned and sorted is a must because millers will either deep discount the load or even reject it.

Early research on the Plains

Fritz said Gary Paulsen, a former professor in agronomy at K-State, initiated the interest in durum targeted to Kansas in the late 1990s.

Brengman also credits Rollie Sears, K-State’s wheat breeder for many years, who attended a conference in Canada and thought winter durum wheat had a future in the southern High Plains. Fritz noted that Sears conducted trials that he brought in from a winter durum program in Romania. Fritz inherited the materials and researchers decided there was merit in the crop and initiated seed crossing program.

Brengman said crosses began with Kansas winter bred wheat varieties and Arizona durum wheat. That was the first of many crosses, he said.

Durum wheat is called “pasta wheat” as all the higher quality pasta is made with 100% durum wheat, he said. Durum wheat is best known and grown as a spring crop in states such as North Dakota.

Millers have high standards before accepting durum wheat, regardless of whether it is spring planted or fall planted, Brengman said.

“We’re excited about the potential of winter durum over the long haul,” Fritz said. “The main durum producing region faces some challenges with water issues in the desert Southwest and fusarium in the northern Plains. There are also some transportation advantages to a durum grown in the Great Plains, so we are optimistic about the potential. At the same time we don’t want to overplay it and want to give it a chance to grow on its own merits, rather than creating a lot of hype. There will be some challenges but we think the opportunity and potential is worth it.”

While winter durum may have its challenges, Brengman said once the seed is in place there is a market and for growers willing to follow a regimented process from seed to destination they may be able to increase their value and profitability.

The one plus about winter durum wheat that cannot be denied is that by being farther south it is much closer to the Gulf to meet the need of other countries, he said. It will also take a commitment from grain operators to have segregated storage, at least one in every other county, to store the grain and provide inspection and certification services.