The first gunshot was the easiest.

Dave Bouziden squeezed the trigger—to put the first cow out of her misery. In all he would fire more than 150 more rounds, each more difficult than the one before. With each shot, the herd he spent years developing and nurturing decreased by one. Bouziden was merely finishing the job Mother Nature started on March 6, when wildfires roared through Clark and Comanche counties.

Eventually, at least 150 head of mother cows and heifers will need to be destroyed on Bouziden’s ranch. These animals were severely injured in the wildfire that raged across more than 500,000 acres in Clark and Comanche counties in Kansas. The animals were stricken with the effects of fire: hair burned off their wrinkled skin, which leaks serum. Their eyes were burned out and ears burned back. Their lungs were filled with smoke.

“They don’t deserve this fate,” Bouziden said softly. He is a 40-plus year cattleman, the third generation to operate his ranch. After decades of running yearlings, three years ago Bouziden, his son and stepson began building their cowherd, with a lifetime of animal husbandry experience and the best genetics they could buy. “It is just these cows’ misfortune, standing in front of this inferno that came through,” he explained. “That’s what is so hard. They did nothing to deserve this.”

The fire burned so fast and with such a vengeance that there was no time for ranchers to move cattle, added Dr. Randall Spare, veterinarian and owner of the Ashland Animal Clinic. The livelihoods of hundreds of ranchers are upended by this month’s wildfire. Scores of livestock perished.

“We’re not even close to having a number,” Spare said. “Of the animals that were grazing in the open range, I estimate 75 percent were killed.” To put it in perspective, there are nearly 47,000 cows and calves in Clark County; nearly 35,000 cows and calves in Comanche County. Spare and his team of veterinarians have doctored animals at dozens of ranches in both counties.

“It is very painful. But these ranchers are stewards of the land and the livestock. They will do the right thing,” he said.

While speculation abounds, there is no known cause of the fires. That means little to Bouziden.

“You take time and money to build a cowherd you can be proud of, and something like this happens,” he said. “Now we are back to square one,” he said.

Bouziden lost his home and several outbuildings. After 45 years on his ranch north of Ashland, his possessions have turned to ash. His prized hunting dogs perished in the flames. Every acre of pasture he operates was scorched by fire. Yet, he counts himself as one of the lucky ones. Other operators fared worse, he admitted. A neighboring rancher lost three homes and numerous outbuildings.

Local banker Kendal Kay worries about his customers and friends.

“This will test their ability. No doubt about it,” he said. “But never underestimate the resilience of farmers and ranchers.” The Stockgrowers State Bank in Ashland, where Kay is president, vows to stand beside its customers.

Bouziden will rebuild. His neighbors will, too. “That’s what we do. We roll up our sleeves and keep going,” he said. “Farmers and ranchers are a different breed. They put up with elements they have no control over.”

Soon, it will rain, and black, charred pastures will turn to green. Homes and buildings will be rebuilt.

The governors in Kansas and Nebraska are making it easier for folks to haul hay and supplies to aid those affected by fire in Kansas.

Just read the story on the wildfires & loss of cattle & other possessions to the farmers & ranchers. So heartbreaking! Is there a fund set up to donate to? We don't have alot, but we come from a small farm in Wisconsin. Just can't read something like this & not extend some type of help 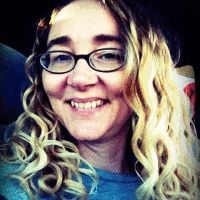 It is heartbreaking. There are multiple funds that have been set up for affected farmers and ranchers by cattle associations, Farm Bureau, and others. Visit hpj.com/ag_news/wildfire-relief-and-donations/article_1dff5b3e-05a1-11e7-890c-2bd9e2ab90fb.html to see a list of some of the organizations accepting donations. Thank you for your concern.