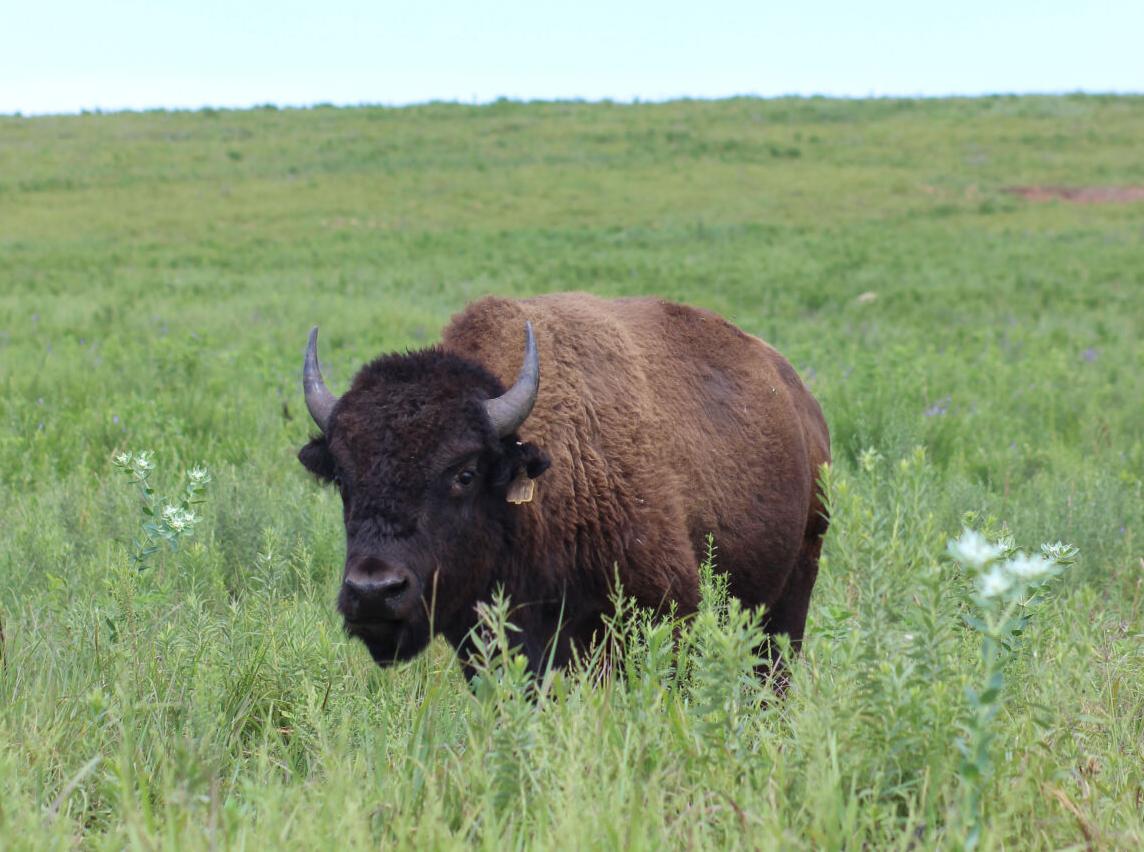 One popular tourist destination in Oklahoma this year has been the Joseph H. Williams Tallgrass Prairie Reserve, near Pawhuska, Oklahoma. It is protected as the largest tract of remaining tallgrass prairie in the world and boasts a 15-mile bison look visitor can drive through with over 2,500 free-range bison. (Journal photo by Lacey Newlin.) 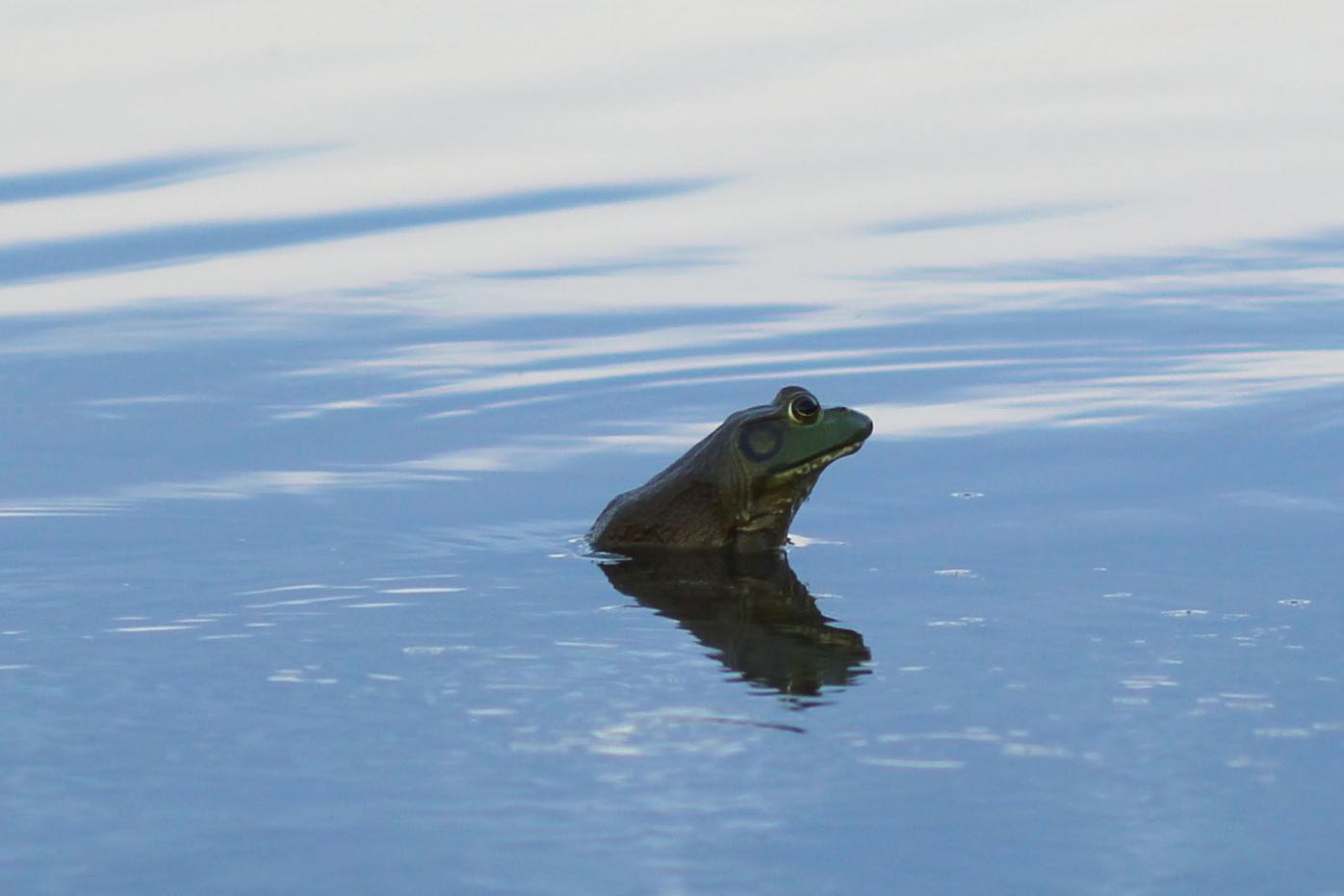 Because more and more travelers are enjoying the great outdoors this summer, they are reconnecting with nature. (Journal photo by Lacey Newlin.) 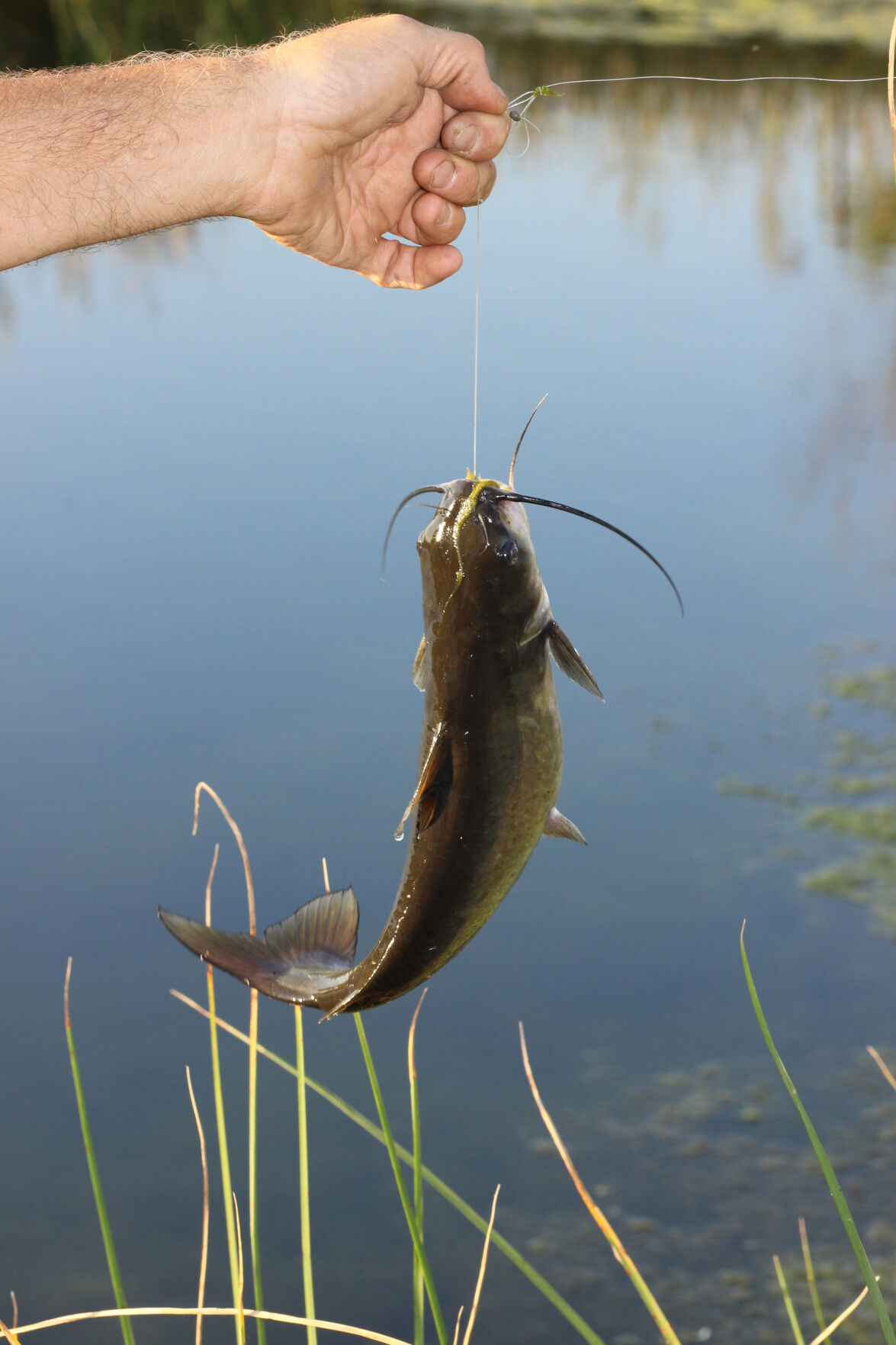 Due to COVID-19 and social distancing measures, more and more vacationers are turning to outdoor vacations and state parks to enjoy family time and step away from the stress of the pandemic. (Journal photo by Lacey Newlin.)

While the COVID-19 pandemic has forced many travelers to forego foreign tourist hubs and exotic beaches, it has also brought back Clark W. Griswold’s idea of the fun, old-fashioned family vacation—minus the Wally World amusement park—and allowed vacationers to discover the natural wonders and rich history the American outdoors has to offer.

Fortunately, spending time outside just happens to be a remedy for the coronavirus blues many have experienced during the lockdowns instituted in March, April and May. According to Harvard Medical School, exposure to the outdoors comes with several health benefits to humans. One such advantage is a boost in vitamin D, also referred to as the sunshine vitamin. Although most studies indicate vitamins play no role in disease fighting, vitamin D is considered an exception. Epidemiologists believe vitamin D has protective properties against many ailments, which could also include viruses, such as COVID-19.

Another benefit of being in the outdoors is increased physical exercise, which is especially important for children. Government studies show the average American spends 90% of his or her life indoors, and that number has only increased during the lockdown. Too much time spent indoors can lead to social isolation, which can cause stress, anxiety and weight gain, among other conditions. In a June 2020 study, the Centers for Disease Control and Prevention reported 40% of U.S. adults were struggling with mental health or substance use. Additionally, during the study 31% of participants indicated anxiety or depression symptoms, 26% had trauma or stressor-related disorder symptoms, 13% started or increased substance use and 11% seriously considered suicide.

Contrarily, exploring the outdoors can improve mood, increase blood circulation to the brain, release serotonin and endorphins—the feel-good chemicals we all crave—and just generally take 2020 issues off the mind.

Pull out the road map

Once lockdowns started to roll back, travelers jumped in their vehicles and drove to the 58 national parks and 10,234 state parks that dot the landscape of America as well as many agritourism venues and other local vacation spots, which allowed them to social distance and appreciate the great outdoors. One of these agritourism locations is Flying W Ranch near Sayre, Oklahoma. The working cattle ranch offers cabins, RV camping, horseback riding, hiking, fishing and skeet shooting. Visitors can also participate in an excavation at the largest known buffalo kill site in the southern Plains.

Burl Stricker, owner at Flying W Ranch, said this summer has been the busiest season he has ever experienced. He believes part of the reason locations like his have become popular is because more and more people are traveling in recreational vehicles.

“It’s been crazy,” Stricker said. “I never would have thought it would be busier during the pandemic, but it actually makes sense because people are just sick of being at home.”

Stricker said he has hosted both in-state and out-of-state visitors and many have been traveling from one RV-friendly destination to the next.

“We’ve seen more RVs than ever,” Stricker said. “I think part of that is they didn’t feel safe staying in a hotel so they buy or rent RVs. People are ready to get out and they feel like outdoor activities are the only options that won’t expose them to COVID-19.”

By the same token, state and national parks have also seen major increases in visitors. According to Travis Duncan, public information officer with the Colorado Parks and Wildlife, in June 2019 more than 2,327,000 visited Colorado’s 41 state parks. However, in June 2020 more that 3,224,000 visited the parks during the pandemic.

“People are craving adventure right now and, I might be speculating, but I think that’s why we are seeing so many people in our state parks this summer,” Duncan said. “They want to get outside, they want to explore and experience that renewal they get from the outdoors and that connection to the land and history.”

Stricker also noted visitors’ desire to unplug from technology and reconnect to nature. The cabins at Flying W Ranch do not have televisions, and in that past that seemed like a drawback to patrons, however, the visitors in 2020 seem to enjoy the distance from technology and specifically the news channels.

“The outdoors is helping people deal with the social distancing and not being able to get out with the same groups as you would have just a few months ago,” Duncan added.

However, with an increase in human presence in park and rural areas, there are also some drawbacks.

“One thing we’re noticing is a lot more trash in our state parks, so we’ve been pushing leave no trace principles,” Duncan said. “We are also reminding people that if they are going to be out on the water they need to have a flotation device.”

According to Duncan, Colorado state parks have had 23 drownings occur this year, which is just one off of the record. Additionally, in the more than 350 state wildlife areas that are set aside for specific wildlife purposes—such as elk, bighorn sheep and birds—many visitors are using the areas for restricted activities.

“We’re seeing a lot more people going to those areas and doing things that the areas are not intended for, like using OHVs or standing paddle boarding,” Duncan said. “We’re seeing wildlife being driven off some of these properties because of it.”

As far as safety precautions, both Stricker and Duncan said they have been working overtime to clean facilities to protect employees and patrons, as well as following other CDC guidelines. Stricker said he has been cognizant of not overbooking activities so different groups will not be in close proximity of each other, preventing them from social distancing.

“All of our employees are wearing masks, we are asking visitors to wear masks and we are using Plexi-glass barriers,” Duncan said. “Although our visitor centers were closed for a while, those are back open but on a limited basis. However, only so many people can be in visitor centers at a time.”

One example Duncan gave of a new safety protocol Colorado state parks have implemented is that employees are now asking people to stay in their vehicles while employees inspect boats for invasive mussels near lakes. He said employees are also telling hunters and state park visitors to be self-contained and bring as much as think they will need during their trip, limiting their need to go into local stores and businesses.

“We don’t want people to spread COVID-19 to places that don’t have the same health care facilities as might exist in more urban areas,” Duncan explained. “We’re encouraging folks to get outside because it’s good for people’s mental and physical health, but also reminding folks to be conscious of the world right now and maintain a social distance.”

As it sits right now, there is no timeline of when this pandemic will end, so instead of planning on spending your next vacation on a gondola ride in Italy or standing outside Buckingham Palace in London, jump on the outdoor bandwagon and unearth the natural wonders your own backyard has to offer. He is no Clark W. Griswold, by Ralph Waldo Emerson was right when he said, “In the presence of nature, a wild delight runs through the man, in spite of real sorrows.”

“If you examine a three-hour radius around where you live, it’s fascinating to explore what’s within that area that you’ve never seen before,” Stricker said. “This is a great opportunity to try those things. In the past, we’ve always thought about big vacations like Europe or Hawaii, but now there is a little more opportunity to explore what’s close.”