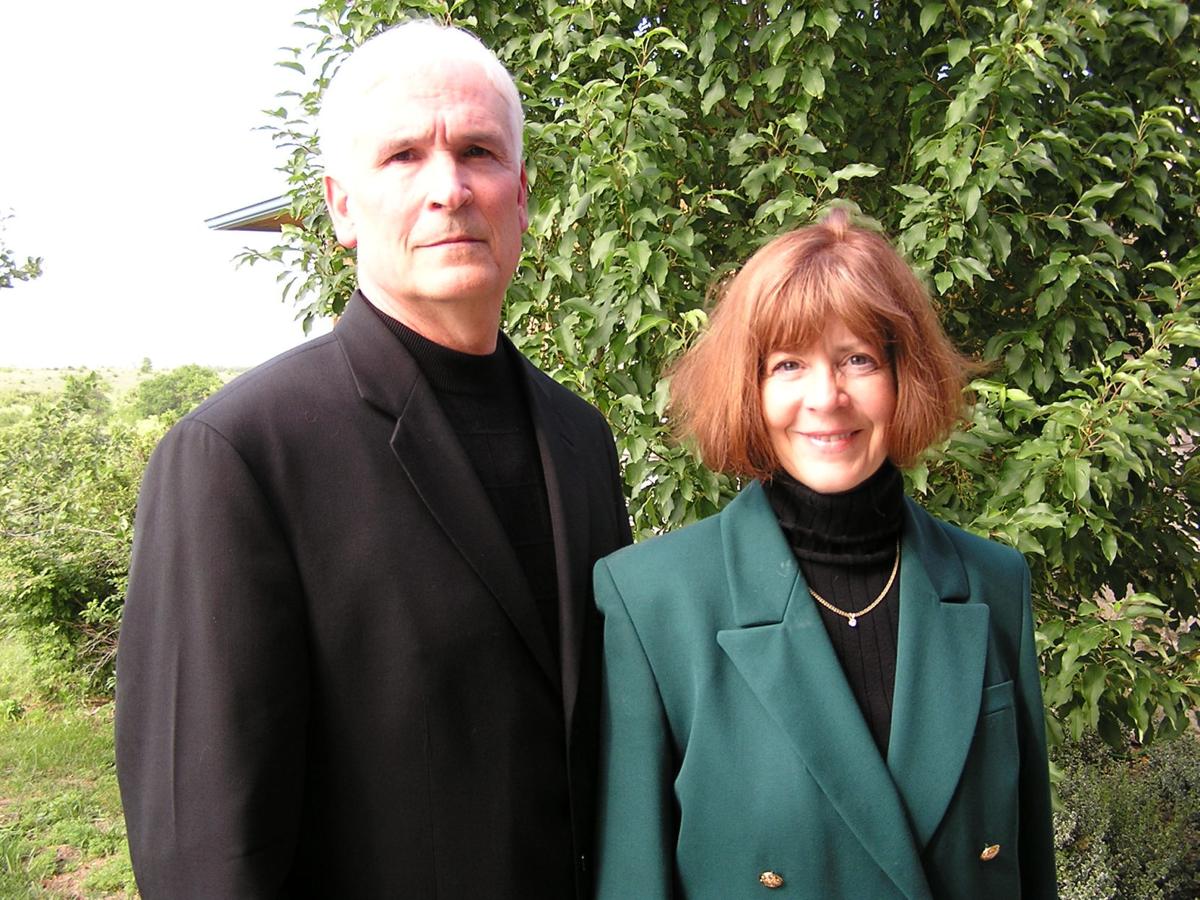 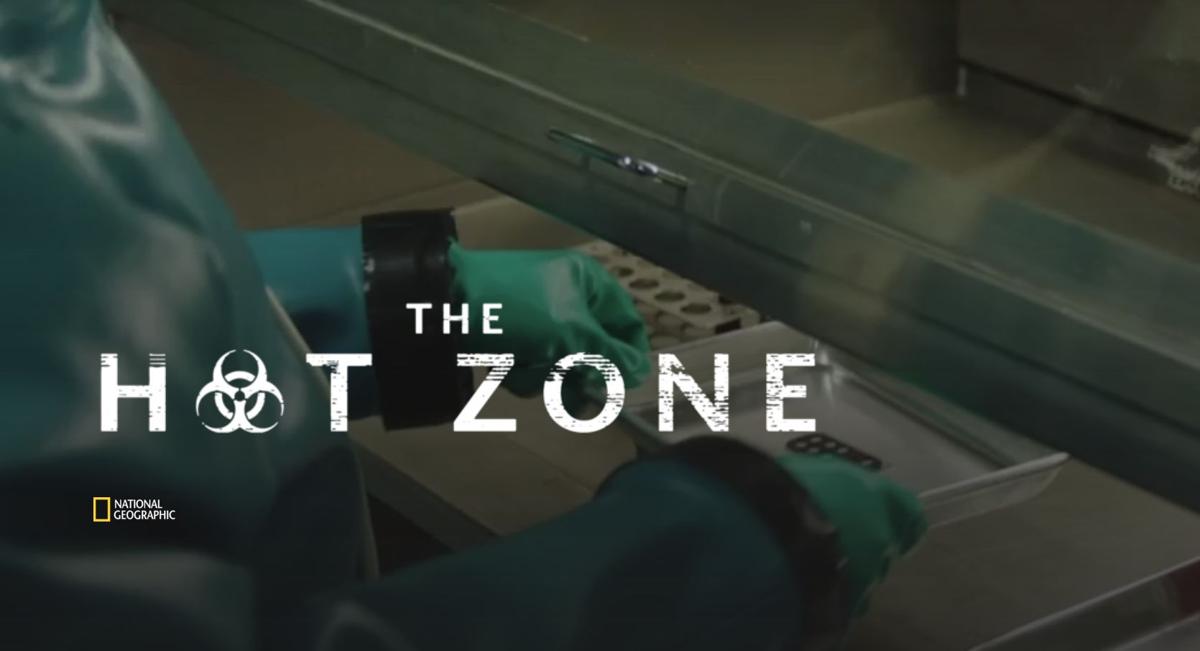 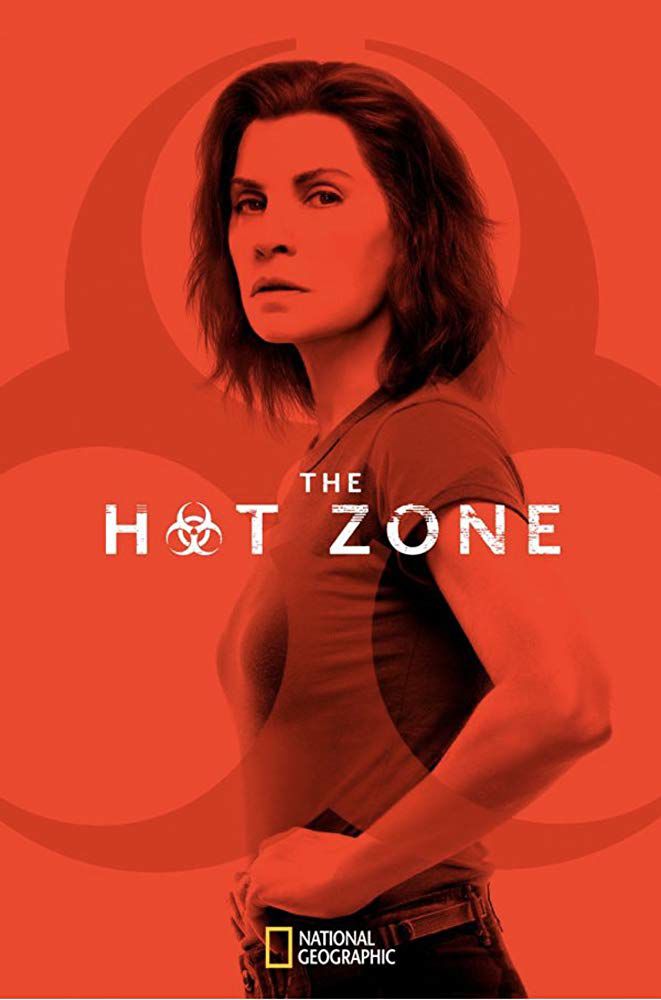 Dr. Nancy Jaax never really imagined her life’s work would be the basis of a Hollywood screenplay. But the recent National Geographic special series “The Hot Zone” is proving her wrong and giving her and her husband, Jerry, a chance to speak about the work veterinarians do to keep highly infectious zoonotic diseases from our shores.

The events of “The Hot Zone” touch on one specific event in 1989, but their story began a decade before, in Manhattan, Kansas. The Jaaxes began their careers—and their marriage—straight out of veterinary school at Kansas State University in the 1970s at the height of the Vietnam War, when service in the military wasn’t popular.

“At the time I went to vet school, my class had the largest group of women at Kansas State,” Nancy said. “There was that rule, no more than two (per class), but my class had eight, and 80 (students) per class. Now of course, women are dominant in veterinary medicine.”

“Nancy was only the third female veterinarian in the U.S. Army Veterinary Corps, out of about 700, when we joined in the late 1970s,” Jerry said with pride.

In their early careers they cared for the Army’s guard dogs while they were stationed in Germany. But once the couple had children, they wanted to return home to the U.S. Through the Army’s educational opportunities they continued their post-doctoral educations, with Nancy becoming a veterinary pathologist studying diseases, while Jerry became a lab animal veterinarian concentrating on the care and health of live lab animals. The two career paths were complementary to each other, Nancy and Jerry stressed, never in competition. It’s a point of pride for both that they were both promoted to colonel at the same time, the first husband and wife to do so.

And that’s how, in 1989, Nancy and Jerry were both U.S. Army colonels in the Veterinary Corps, stationed at the U.S. Army Medical Research Institute of Infectious Diseases in Fort Detrick, Maryland. And that’s where the events of the book, “The Hot Zone” by Richard Preston take place.

A new strain of Ebola virus was discovered in a primate quarantine facility in nearby Reston, Virginia. And Nancy and Jerry were square in the middle of the efforts to diagnose and isolate the previously unknown disease before it could, potentially, escape quarantine and spread through the U.S.

“Initially, he (Richard Preston) wrote an article and interviewed Jerry and me for The New Yorker magazine,” Nancy said.

That turned into a book, which turned into movie rights that were then purchased by 20th Century Fox producer Lynda Obst and director Ridley Scott. The movie project was shelved until this year when National Geographic’s cable channel decided to turn it into a television miniseries, starring Julianna Margulies as Nancy and Noah Emmerich as Jerry. The series aired in May and is now available online at www.NationalGeographic.com. (See a trailer for the series below.)

Putting a highly scientific and technical story on screen while capturing the audience’s attention can be a challenge, but the Jaaxes said they were overall pleased with how their story was handled.

“We really didn’t have any input in the script or consult on site at all,” Nancy explained. “But, I did talk to Julianna a couple of times and through emails about how I approached my job. Mostly we answered questions about uniforms and what we wore to work and character development.”

One strong selling point of the story, as Margulies has noted in interviews, is that the character “Col. Nancy Jaax” was written as a strong female lead. Nancy said she never really thought that she was blazing trails early in her military veterinary career. She just always wanted to be a veterinarian and the Army provided opportunities.

“The glass ceiling didn’t apply in the Army,” she said. “They were looking for women who were qualified. The vet corps is not really big—about 700 at the time, but they stationed us together.” It helped that they had complementary specialties.

“One of the things that we weren’t too crazy about was sort of the professional tension they showed about what Nancy was doing,” Jerry said. “That just wasn’t part of the deal for us.” But they both said they understand the need to create tension and drama in a story for the audience.

Really, though, life in a lab is pretty much like any workplace, Nancy said.

“It’s very routine until something non-routine happens,” she said. “That’s what happened with finding Ebola in the facility at Reston.”

Overall, the experience has been positive and has given them this platform to reach out to folks to talk about the incredible work that scientists and researchers are doing every day to keep Americans safe from highly infectious diseases.

“It’s very routine until something non-routine happens. That’s what happened with finding Ebola in the facility at Reston.”—Dr. Nancy Jaax

The work at USAMRIID and the soon-to-be-online National Bio and Agro-defense Facility in Manhattan is even more critical today, with the growing population of the world, Jerry said. And veterinarians are critical in identifying and creating defenses against any outbreaks that occur naturally or through bio-warfare, Nancy added. Often these diseases are zoonotic and can cross from animals into humans, she said.

“Look at Ebola, and just in the last five years it’s killed 12,000 to 13,000 people and a new outbreak is killing more in Africa,” Jerry said. “Growing up we barely heard about tuberculosis but now there are multiple drug-resistant strains.” Dengue Fever, West Nile virus, Lyme disease and all manners of influenza are also dangers to human populations.

“And the population dynamic makes these infectious diseases more and more dangerous because so many people are mobile,” Jerry added. More humans on the planet, traveling farther and faster by airplanes and vehicles means a disease can spread far and wide before an outbreak is even hinted.

“And the risk increases every time an old disease risk re-emerges,” Jerry said. “We can’t sleep on this for sure.”

“And we have to look at the use of antibiotics, because we are running out of drugs that work on these highly infectious diseases,” Nancy added. “Antibiotic resistance is a huge problem.”

As veterinarians, the Jaaxes stress that they look at the animal side of any infectious diseases that could cross over into humans. But over the course of their careers, they have seen much that they still can’t talk about.

“In my last couple of years in the service, I got to work in biological arms control, trying to find ways to counter potential bio-warfare agents,” Jerry said. Smallpox and influenza are two diseases that could have real catastrophic effects on the U.S. human population and the U.S. livestock population if they were ever unleashed on our shores.

“Regular old influenza is really one we should be concerned about,” Jerry said. “It has a very significant agricultural component with swine and birds affected. And with the collection of huge incubators in China, the way they raise their swine and co-mingle with poultry, means that there is a real threat of the disease mutating.” Think back to the Spanish Influenza outbreak of 1918, which spread globally and killed upward of 100 million people—the world back then was a lot smaller and people moved a lot slower.

“I think vector-borne diseases are another concern,” Nancy said. “We thought we’d eliminated those but whether through environmental or political pressures we quit being so vigilant about mosquitos and ticks.” It’s easy for a vector-borne disease, like West Nile virus, Zika or hemorrhagic fever to hitch a ride into the U.S. and decimate livestock and humans.

That’s why places like NBAFF are huge pluses for people in agriculture, the Jaaxes said. Facilities and researchers devoted to identifying potential disease outbreaks sooner mean responses can happen quicker and the industry can be protected.

In order to respond, though, more veterinarians are needed on the front lines. But, when the cost of veterinary school is so high, graduates have to enter into career paths that can let them pay back their debt in their lifetimes.

“I think financially you have to look at how you recoup your investment,” Nancy said. “Education is expensive and veterinarians are graduating with crazy debt.” And while there are some programs that trade work in small rural ag communities for debt-reduction, there is a need for large animal veterinarians trained to spot disease outbreaks at the start.

“Getting a degree in veterinary medicine was a win-win for us,” Jerry said.

“I would second that,” Nancy said. “We talk to a lot of veterinary classes and I always tell them, ‘don’t close a door.’ You may not realize how many opportunities are available to you, and that could change your life radically. If someone had told me in vet school if my path was going to lead to high hazard disease research, I couldn’t have imagined it. But the path lead that way and I found it interesting and challenging.”

Listen to Part 1 and Part 2 of Jenni and Kylene's interview with Dr. Nancy Jaax and Dr. Jerry Jaax below.