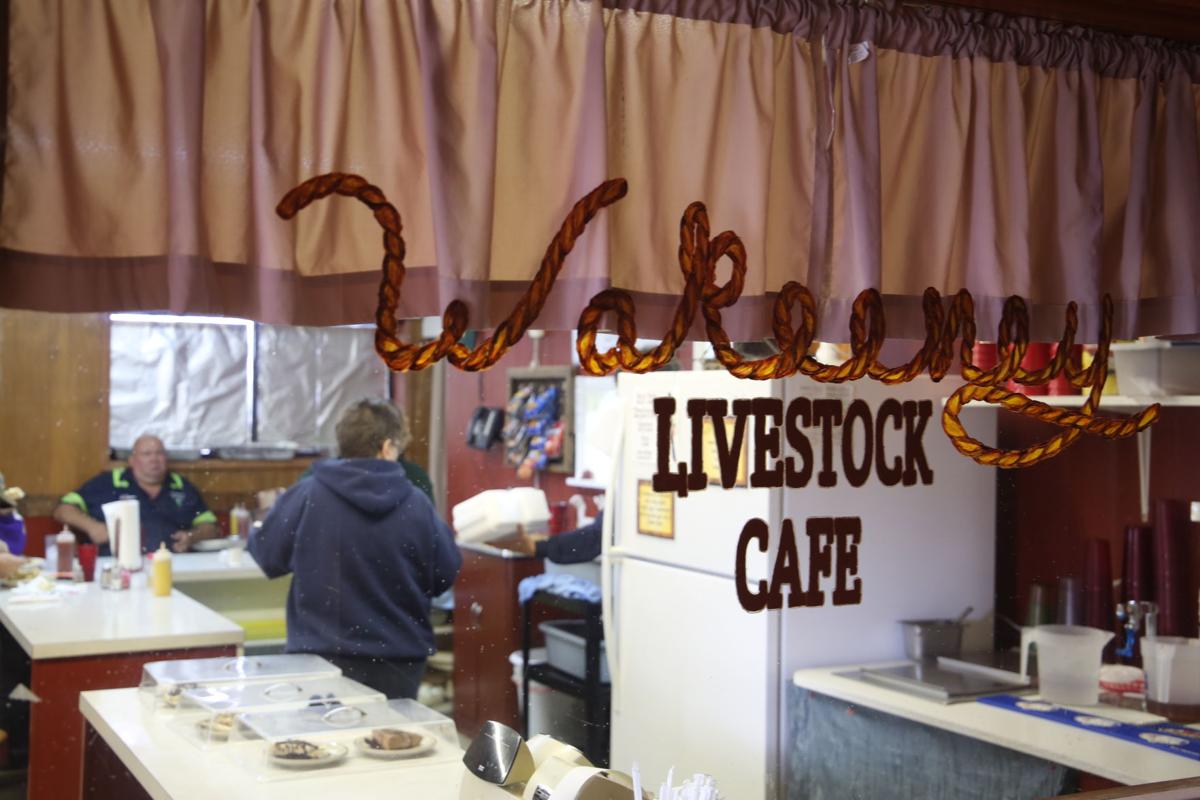 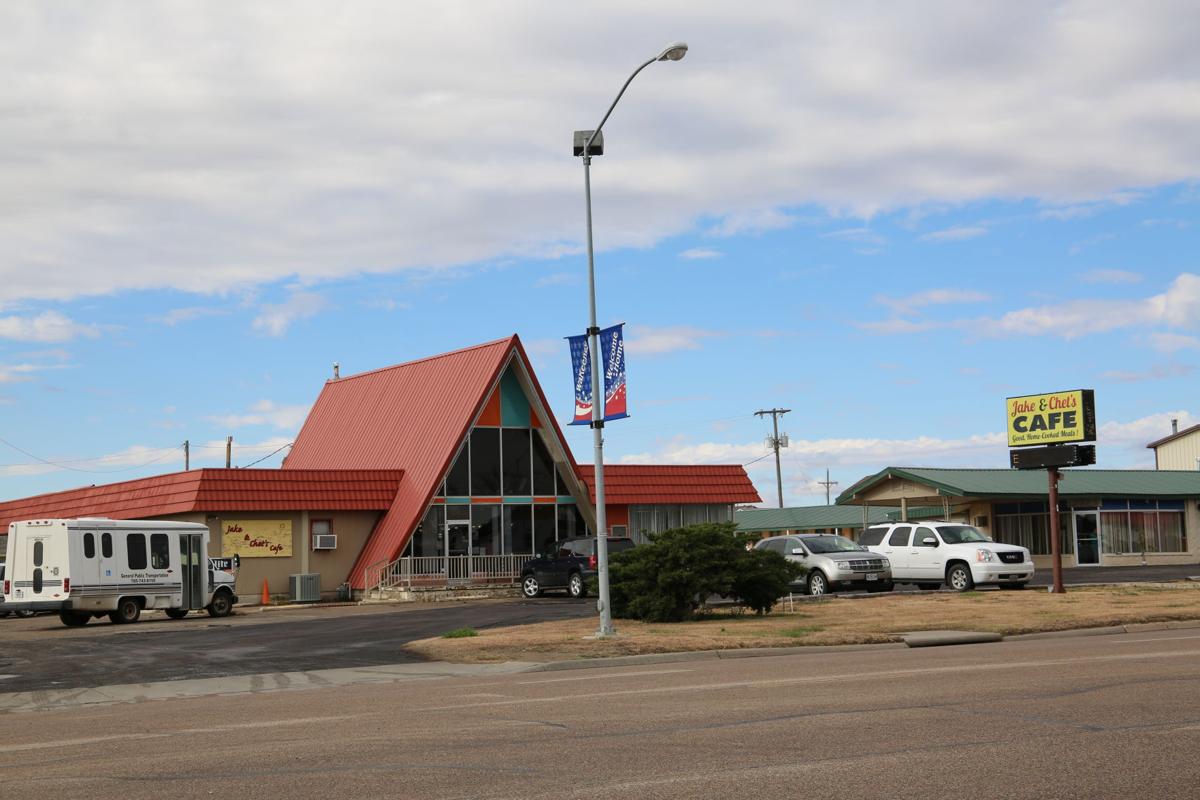 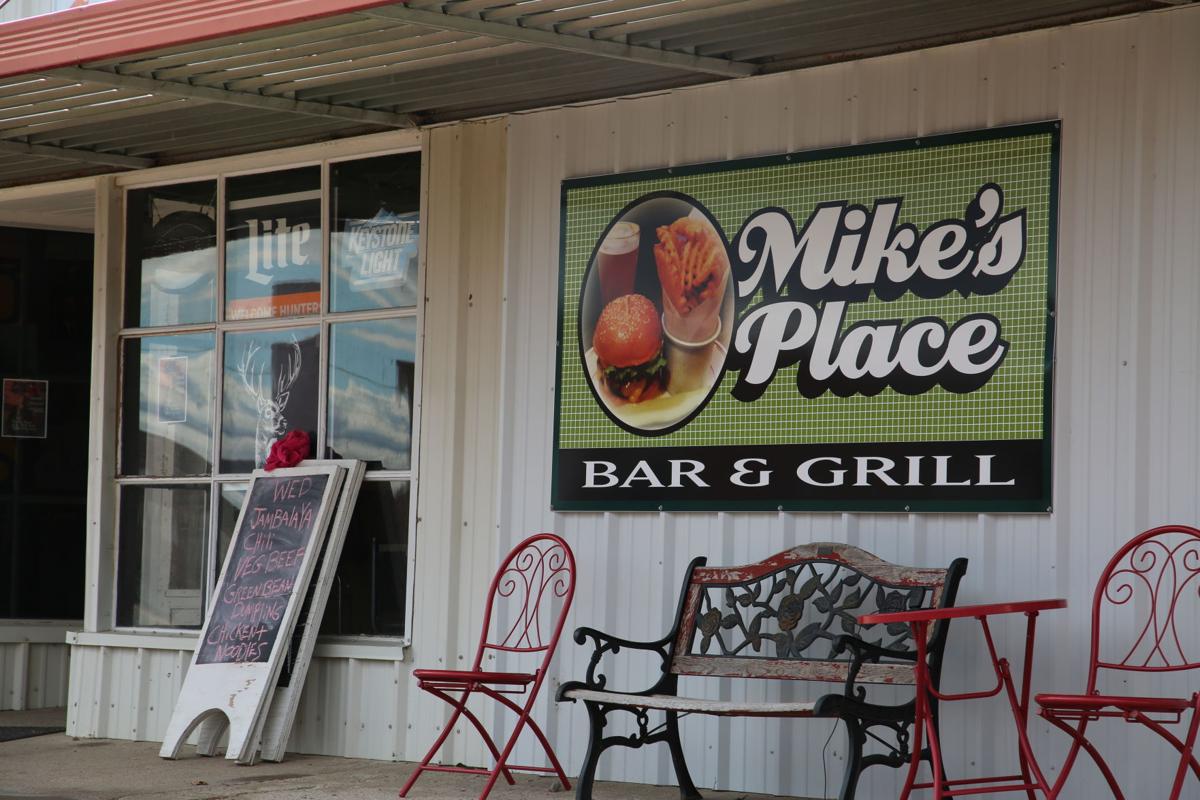 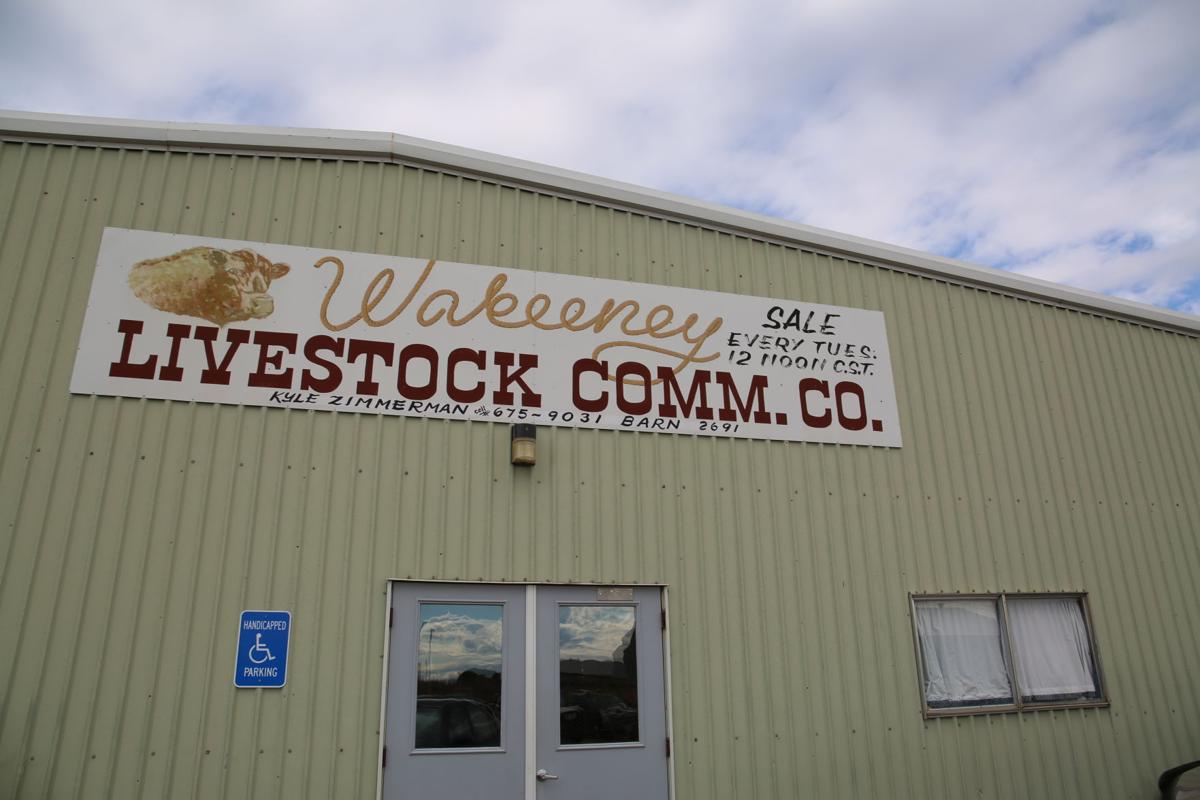 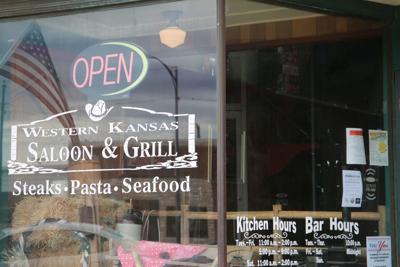 Walk into the WaKeeney Livestock Commission Co. every Tuesday and you’ll hear the familiar sound of an auctioneer selling cattle, as well as an occasional hog, sheep or horse.

And yes, there is the smell of livestock in the Kansas sale barn.

But, tucked inside, in a small niche of the building, is another smell—the smell of good cooking.

In the WaKeeney Livestock Café, cattle buyers and sellers mix with people from around the area to dive into a lineup of specials placed on a whiteboard above the door to the kitchen.

While the late fall crowd was sparse in the sale arena, the café was packed with people waiting to taste chef Sherri Kuntz’s beef-influenced selections for the day, including meatloaf with mashed potatoes and gravy and corn (seen deliciously on this week’s cover), or beef and noodles on mashed potatoes. Each was served with a roll and tossed salad.

A restaurant is one of many segments of a thriving small community, according to studies of the Center for Engagement and Community Development at Kansas State University. The center notes that places for obtaining healthy food at both the restaurant and retail levels are on a level with adequate health facilities, good schools, a lively arts and culture scene, tourism, affordable housing, clean water and sanitation services, and an engaged citizenry to help manage and keep it all viable.

In WaKeeney, the county seat of Trego County, with a population of about 1,700 people, food culture has earned a national reputation, given the Facebook reach of the county’s former economic development director, Sandra Stenzel.

Stenzel grew up on her family farm in southern Trego County and graduated from Fort Hays State University, where she was student body president her senior year. She later moved to Texas where she spent decades working in economic development for several communities across the state.

She later returned to her family farm and worked for economic development in her home county. Before retiring, she even wrote the occasional column for “Western Kansas World.”

Now, Stenzel has taken to Facebook to become the de facto food critic of the county as well as the promoter of its local restaurants. She’s become especially fond of boosting the WaKeeney Livestock Café by mentioning the menu on what she calls “Tasty Tuesday.”

Stenzel likes to say she’s not a critic, but a fan of the restaurants in her town and works to promote them.

“I’m not only a fan of the food in these restaurants,” Stenzel said, “I’m a fan of the people who run them. Sherri Kuntz is my neighbor down here on Downer Creek, and I thought it would be fun to promote her food—and her food is so good. If she can get someone to eat it, the food will promote itself. It doesn’t need me.

“Billboards along I-70 are too expensive. That’s where I come in.”

“Jake and Chet’s feed me all the time,” Stenzel said. “They treat me special, so I like promoting them. You can’t have Taco Tuesday without the Brazen Bull, since that’s in response to the Tropical being closed on Tuesdays, their only day off.

“People go crazy when they learn the Tropical is closed on Tuesday.”

Like so many places in small towns, the restaurants Stenzel raves about are housed in historic places. Jake and Chet’s Cafe is in an old Chinese restaurant next to a motel constructed shortly after Interstate 70 opened. Trego County was one of the first stretches of I-70 opened. The Brazen Bull also sits next to an aging motel. Both are restored to their glamorous early days of the age when America drove Montegos, Imperials and Dynamic 88s.

Yet no restaurant in WaKeeney could be as historic as the Western Kansas Saloon and Grill. Located on main street, Stenzel says it’s the best place to take visitors.

“The atmosphere of the saloon is great. There’s a great story behind it,” Stentzel said. “It’s really rare to have these kinds of places in big cities and so to take people who come in from out of town and let them see this wonderful building along with eating the great food is a big treat.”

Another bit of history is found at Mike’s Place. Named for the former building occupant who owned a hardware store in the location, it’s open Monday, Wednesday and Friday for lunch, and Monday through Saturday for dinner.

“There wasn’t anyone around WaKeeney who didn’t love Mike Dreiling (this reporter’s distant relative). I’m glad John Sherwood, who now owns the building, has kept all the signage up from when Mike owned it while making it a great place to eat,” Stenzel said. “I’ve been eating John’s cooking for 40 years and John’s lunch specials are to die for.”

For such a small town, to see the variety of foods available is remarkable, Stenzel said.

“We really do have a food culture in WaKeeney. I think we’ve always had it. Even before the Interstate came through, we had great restaurants. I can remember the Kent Café on Old 40 Highway,” Stenzel said. “The owner, Helen Connor, moved closer to the Interstate with her Helen’s Café and had that for years.”

“We have always, it seems, more restaurants than we deserve. It helps we’re at the crossroads of two major highways, I-70 and U.S. 283. It’s not just local places, too. When I was in economic development, people would look at our list of businesses and ask, ‘You have a Subway? You have a Pizza Hut? You even have a McDonald’s?’

It would really amaze them.”

Stenzel agrees with K-State’s experts that tourism is a vital part of economic development and that a local food culture, both through retail and dining, are important to furthering that development. She sees her Facebook page as a way to communicate that message about her little town.

WaKeeney, with it’s large main street Christmas light display, has been dubbed the Christmas City of the High Plains. Not only do people want to travel into town to see the lights, they’ll want a place to eat, too. Stenzel sees dining as a huge part of economic development, so why not have a little fun promoting it through social media.

“Travel and tourism has to be one of the most important parts of any successful economic development program. Sure, we have the highways, we have a large reservoir nearby that brings tourists, but having great places to eat and drink lures people from outside your community, gets them to discover all the other things about it,” Stenzel said.

“It is by far the purest form of economic development, as it brings in new money to your community. That money circulates in your community, as the locals will eat locally, too. It’s one of the best tools in any developer’s toolbox.”

To learn more, you can visit Stenzel’s Facebook page at www.facebook.com/sandra.stenzel.969.