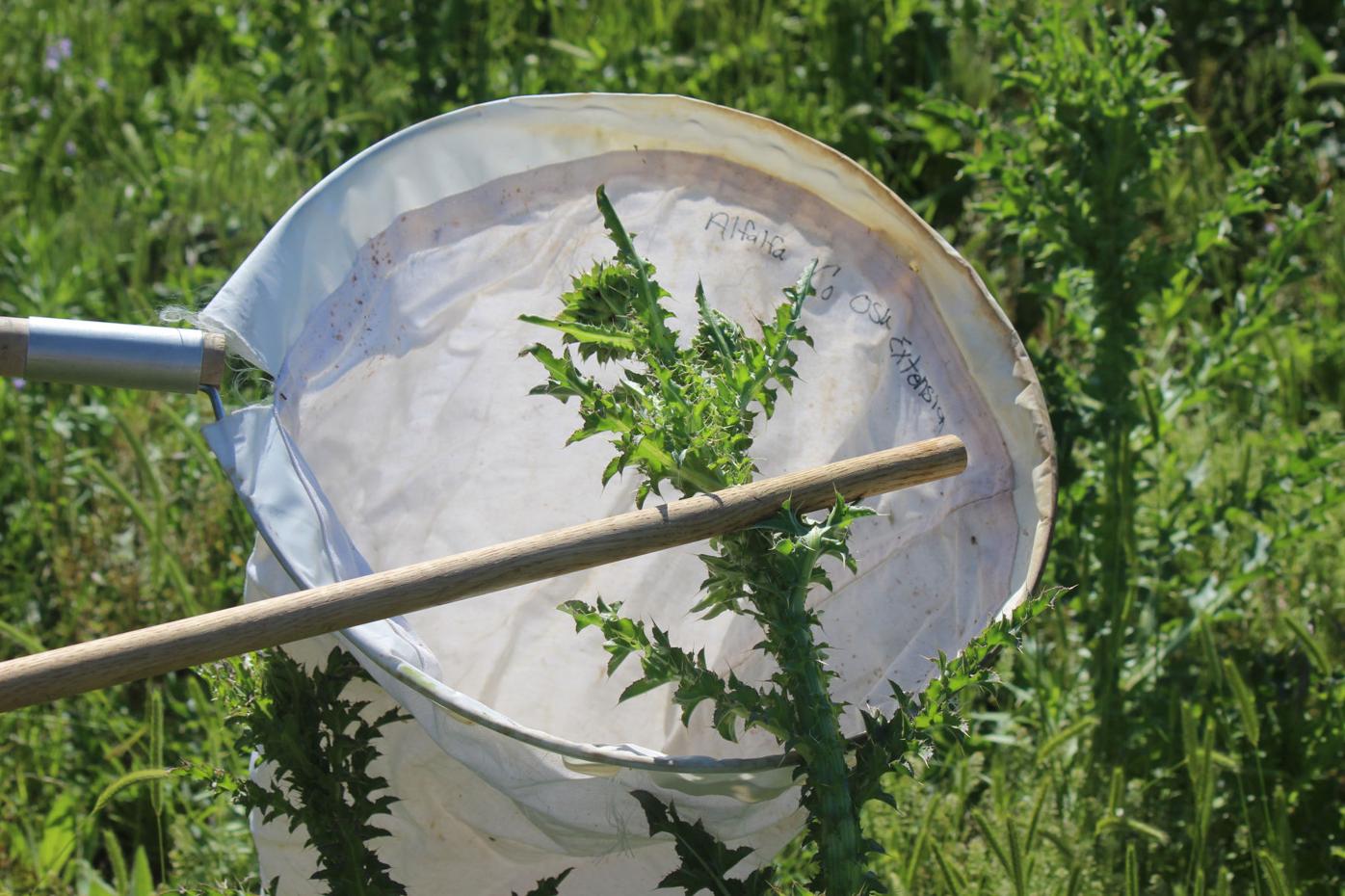 To collect musk thistle weevils, a stick is used to tap the weevils on the plant into a large net. After a collection, the net is emptied into a container and the weevils are transfered to a new pasture to work their magic. (Journal photo Lacey Newlin.) 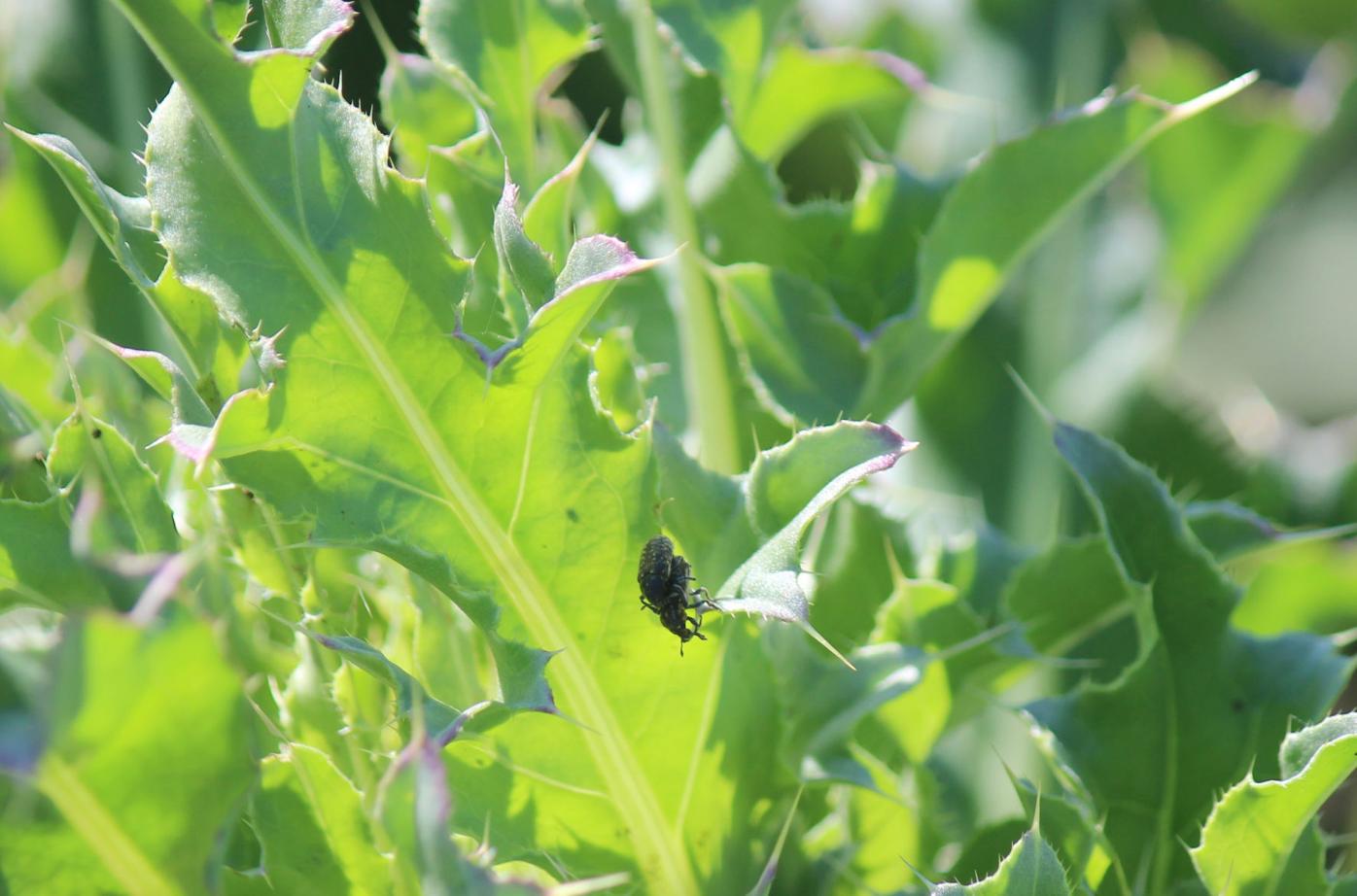 Twenty years ago, most counties in Oklahoma and Texas were teeming with purple-dotted pastures, a product of the invasive musk thistle—known for its brightly colored purple flowers.

However, because of annual musk thistle weevil round-ups, conducted by Alfalfa County Extension Educator Tommy Puffinbarger, along with mowing and spraying, the musk thistle problem seems to be fading. Puffinbarger, of Cherokee, Oklahoma, has been leading these round-ups since the mid-1990s and has had numerous individuals attend from all over Oklahoma and even Texas.

The round-ups are a free service where interested parties go out to a weevil-filled pasture, usually in April or May, and with a stick, tap the musk thistle plants over a large canvas net and collect the insects. The weevils are then transported to pastures with musk thistle problems where they work their magic.

Although the thistles are largely eradicated from Alfalfa County pastures, Puffinbarger has noticed a change in the thistle plant in general.

“Originally, we would have a musk thistle plant that would come up and have one head, and now we’re getting multiple heads,” he explained. “There used to be 10,000 seeds on one plant and now one plant might have 100,000 seeds.”

Puffinbarger was not sure if the plants were just adapting to the weevils or something else was causing them to evolve. He suspected changes in temperatures and rainfall could be causing the musk thistles to adapt by growing more heads and spreading more seeds per plant to survive the climate.

Although fewer plants are seen in pastures, this incredible amount of seeds on each plant is a concern for landowners because it means they will need to stay on top of the purple pasture problem and the weevil is still in demand.

“We still encourage people to mow and spray but the musk thistle weevil is a complementary tool which works in areas that cannot be mowed or sprayed,” Puffinbarger said.

Though weevils have been extremely effective in Oklahoma, Texas and other states, in certain states it is illegal to release them. Kansas, for instance has outlawed musk thistle weevil release because of an endangered thistle in Nebraska so remember to check state laws before releasing weevils in your pastures. To learn more about musk thistle weevil round-ups, contact your local Extension educator and keep your pastures green, not purple.