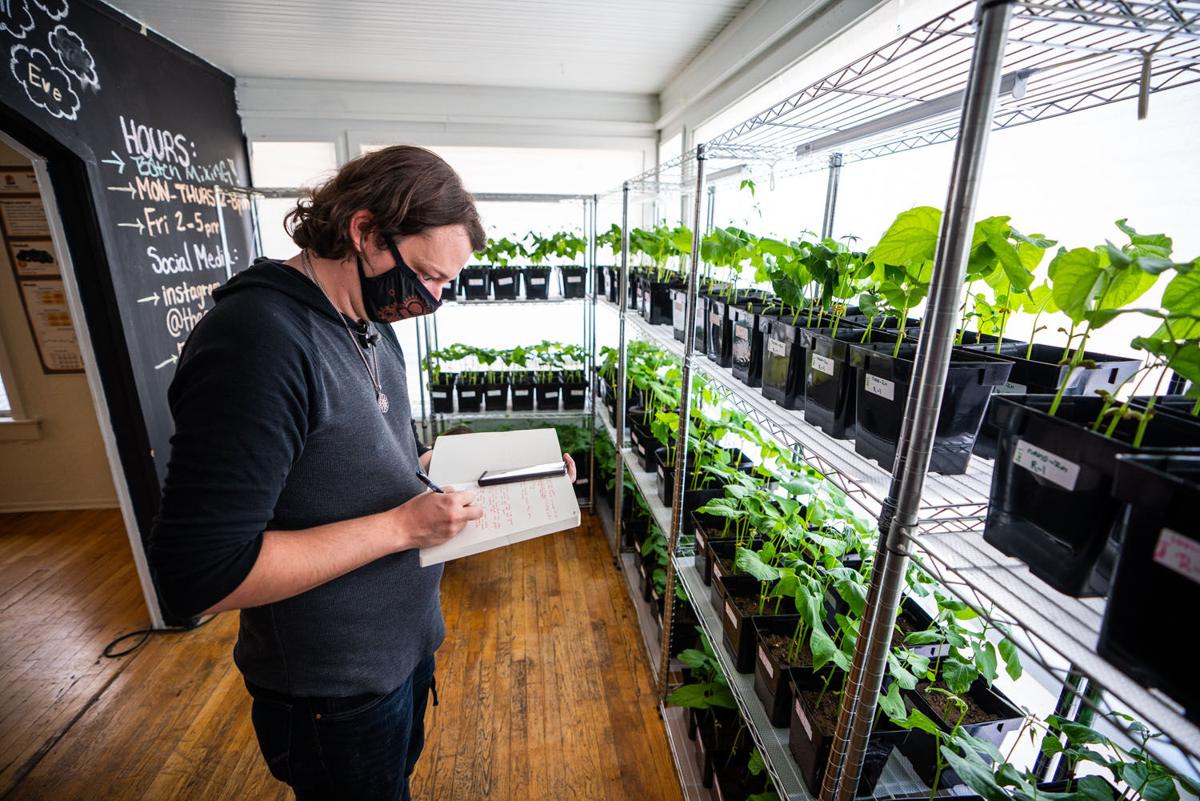 To assist with the research, Illya Medina Velo and her students were awarded a $145,000 U.S. Department of Agriculture grant earlier this year. (Photo courtesy Western New Mexico University.) 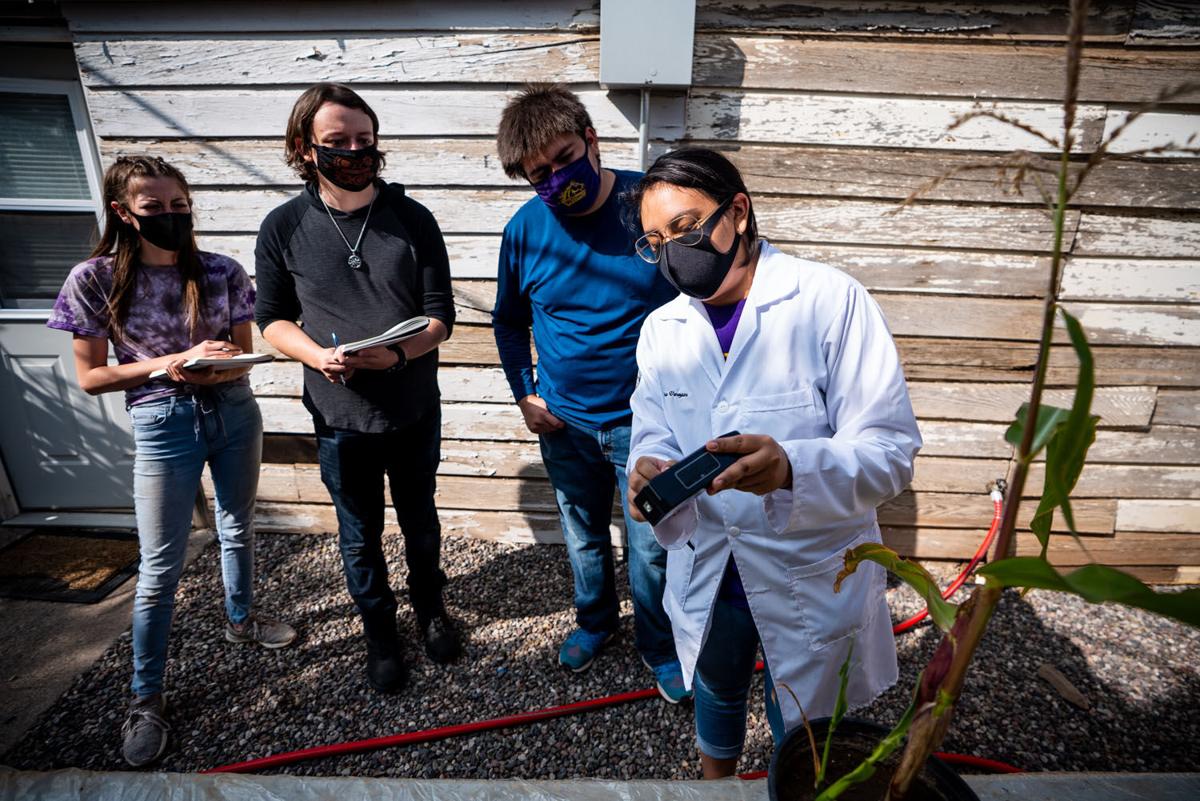 Illya Medina Velo and her undergraduate team have been researching how the agricultural industry can produce enough food through the use of nano-agrochemicals, which could improve efficiently of uptake of these chemicals by plants and enhance productivity, while decreasing cost and waste. (Photo courtesy Western New Mexico University.)

In agriculture, producers are always on the quest for efficiency in their operations, whether it is preventing wastage of seed at planting time, ensuring livestock are fed enough hay to meet all their nutritional needs with as little forage squandered as possible or raising a premium crop by applying just enough chemical to protect it from pests and promote growth, all without too much financial investment and environmental impact.

One up and coming field of research and science, called nanotechnology, could play an instrumental role in the efficiency of agriculture and meeting the world’s food demands in the future.

Illya Medina Velo, assistant professor of chemistry at Western New Mexico University, said nanotechnology is a combination of science, technology and engineering, and it involves a study of the applications of materials and devices on the scale of atoms and molecules.

“The prefix nano comes from nanometer, because these materials that are manufactured and manipulated are in the nano scales, which means that they measure between one and 100 nanometers,” Medina Velo said. “To put it into perspective, it’s the size of a virus.”

Furthermore, a nanometer is one-billionth of a meter, which is 10 times the diameter of a hydrogen atom. According to the International Service for the Acquisition of Agri-biotech Applications, the diameter of a human hair is on average 80,000 nanometers. Nanotechnology is the manipulation, studying and application of these tiny materials; and in this case, in research for agriculture.

Medina Velo, who has been working in the nanotechnology field for almost eight years, said researchers stumbled onto nanotechnology in agriculture while studying the toxicity of nanomaterials in the environment. Nanomaterials are chemical substances that are manufactured in a lab in the nano size. Some examples of such chemicals are silver, zinc oxide, aluminum oxide, cerium dioxide, copper oxide, and magnesium oxide. These nanomaterials are sized down to a smaller molecular level, however they possess increased strength, chemical reactivity and conductivity in a small package.

When scientists started developing these nanomaterials, they were incorporated into a lot of products, such as antibacterial clothing, sunscreen, cosmetics and even some foodstuffs. Right now the manufacturers are not forced to declare if the materials they are using are in the nano size or not.

To ensure safety, limit negative effects on the environment, and gain knowledge of nanomaterials, researchers started looking into the toxicity of these lab-grown materials when they are deposited into the environment from these products. So far, most nanomaterials are not regulated, so the government is still looking for information to guide and regulate the amount that can be used safely.

“We tested them in aquatic organisms, plants, soil organisms and other environmental areas,” Medina Velo said. “Although some of them showed a certain degree of toxicity, the first scientific study showed that most of the materials were not toxic to the environment. I was specifically looking at zinc oxide nanomaterials that are highly used in cosmetics, and when I tested them for toxicity in plants, I observed a positive effect instead of a toxic one. That’s how multiple research experiments turned from implication to application of nanomaterials in agriculture. We observed enhanced growth, better yield and the nutrition of the produce was improved.”

Could small be the answer to a big problem?

For the last two years, Medina Velo and her team of WNMU undergraduates have been researching how the agricultural industry can produce enough food through the use of nano-agrochemicals, which could improve efficiency of the uptake of these chemicals by plants and enhance productivity, while decreasing cost and waste.

“We’re trying to look at application, evaluate nanomaterials for fertilizers, salt stress and we also want to try to take advantage of soils that are not viable to be used in agriculture and see if we can somehow recover them to be used again,” Medina Velo said. “The motivation of using nano instead of traditional fertilizers is that we are aiming at using less, which would have a smaller environmental impact and we are trying to look at it as a more cost effective option.”

Additionally, Medina Velo said the rationale behind nanomaterials is that since they are smaller, the plant should be able to take them in faster and more easily.

“A great amount of chemicals that are used in agriculture go in the air, soil or ground water and that is why usually the application of these chemicals is not efficient and the farmers have to apply more and more chemical and most of that is never absorbed by the plant,” she said. “So we are trying to see if applying agrichemicals in smaller concentrations will improve yield and diminish the materials that end up in the air and environment.”

To assist with the research, Medina Velo and her students were awarded a $145,000 U.S. Department of Agriculture grant earlier this year. WNMU is not a research institution, but Medina Velo said the university wanted to give students the same opportunities as other schools and also try to advertise the importance of agriculture to students. As far as research, the grant will assist the team in looking for sustainable ways to fight the food shortage that is expected by 2050. Most sources estimated by 2050 there will be an additional 2 billion people walking around the planet and so far, feeding those extra people is a quandary yet to be solved.

“The population will grow so much and we will not have enough food,” Medina Velo said. “We are trying to see how we can improve our current agricultural practices so we can produce enough food for the population.”

In many ways, nanotechnology is still in its infancy, however, scientists and researchers are optimistic about the possibilities it could hold for improving the way we produce food and meeting the demand of our future.