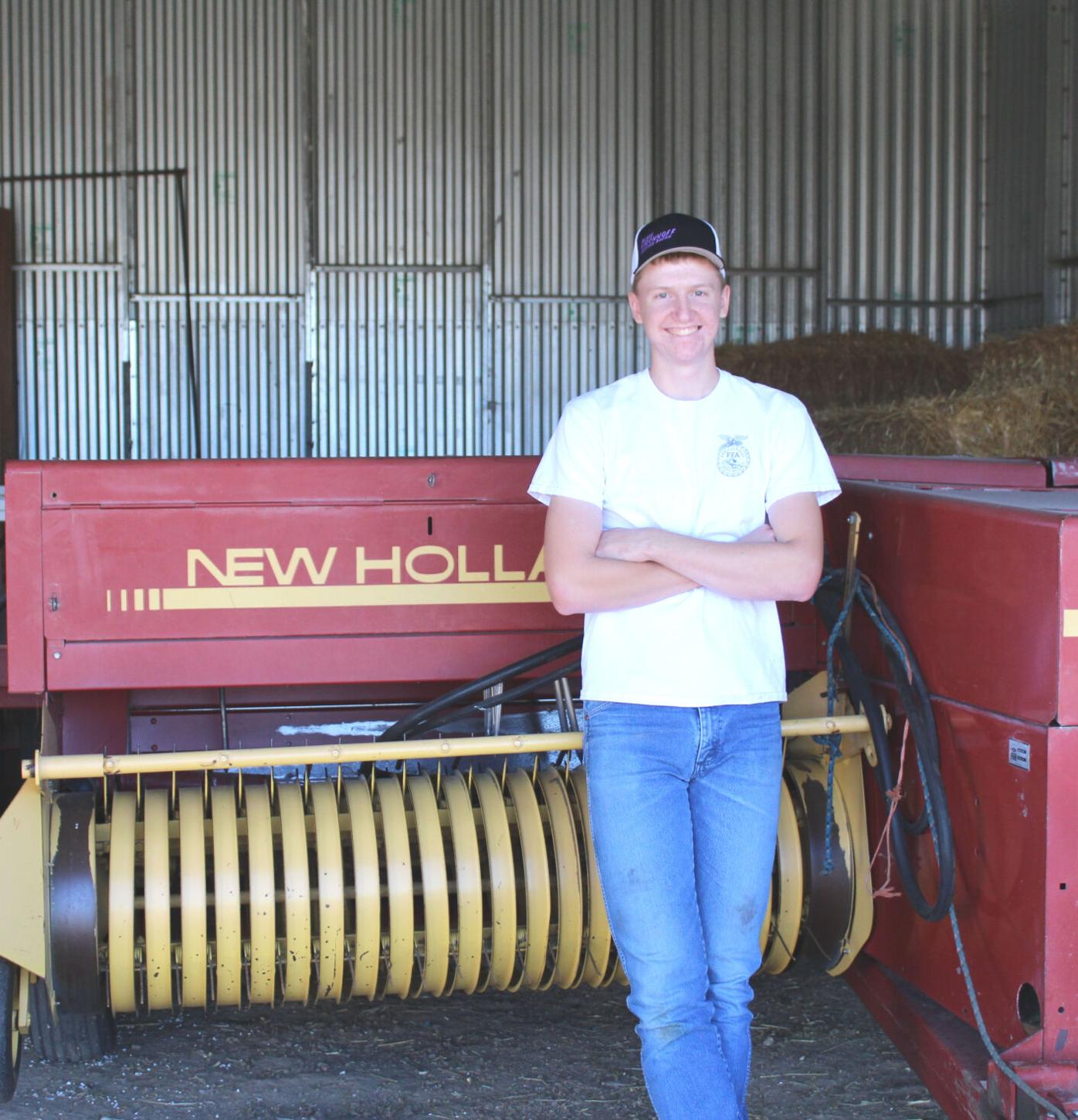 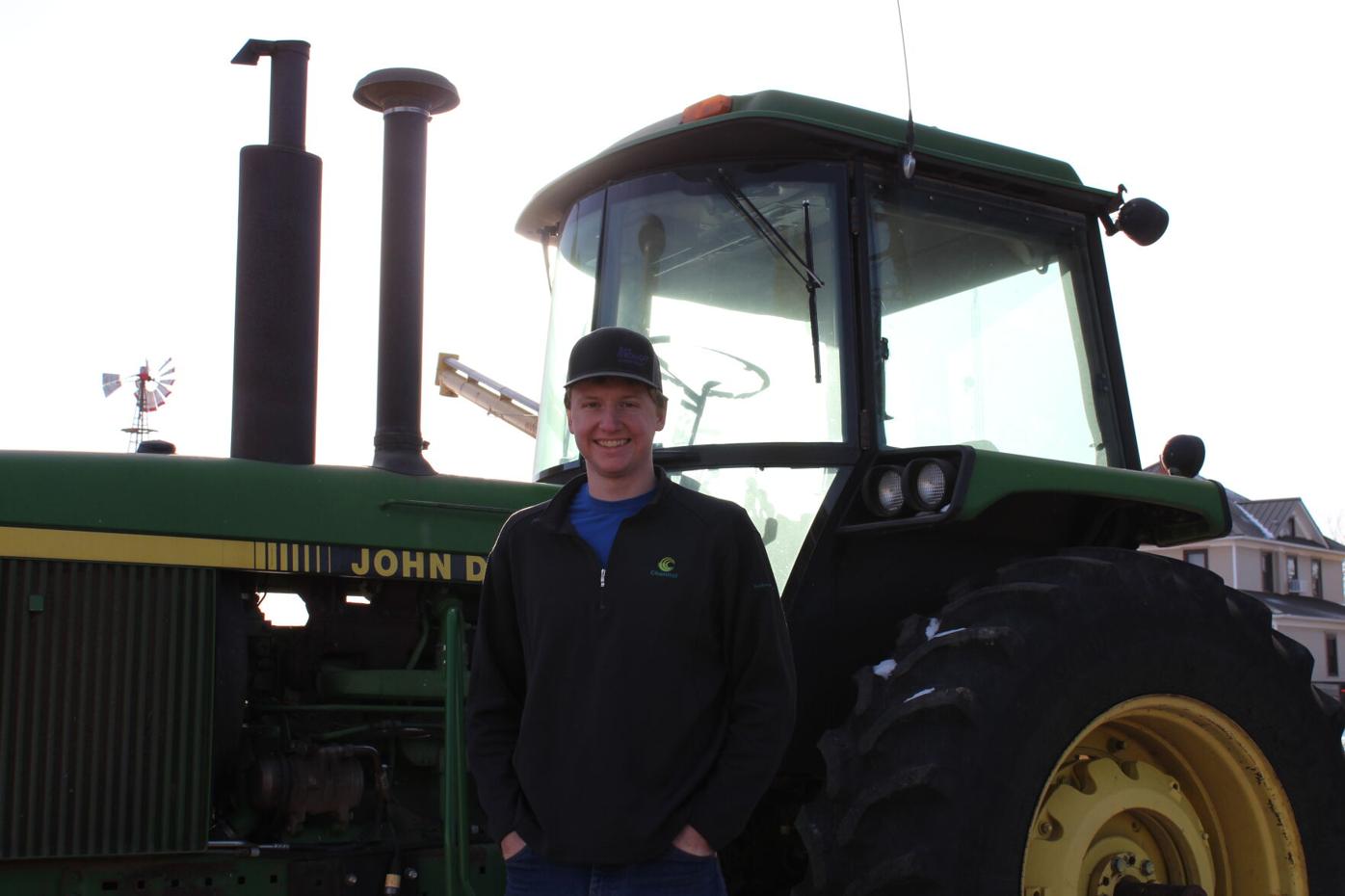 Blake Kirchhoff and his John Deere 4255 tractor used in his operation. (Courtesy photo.) 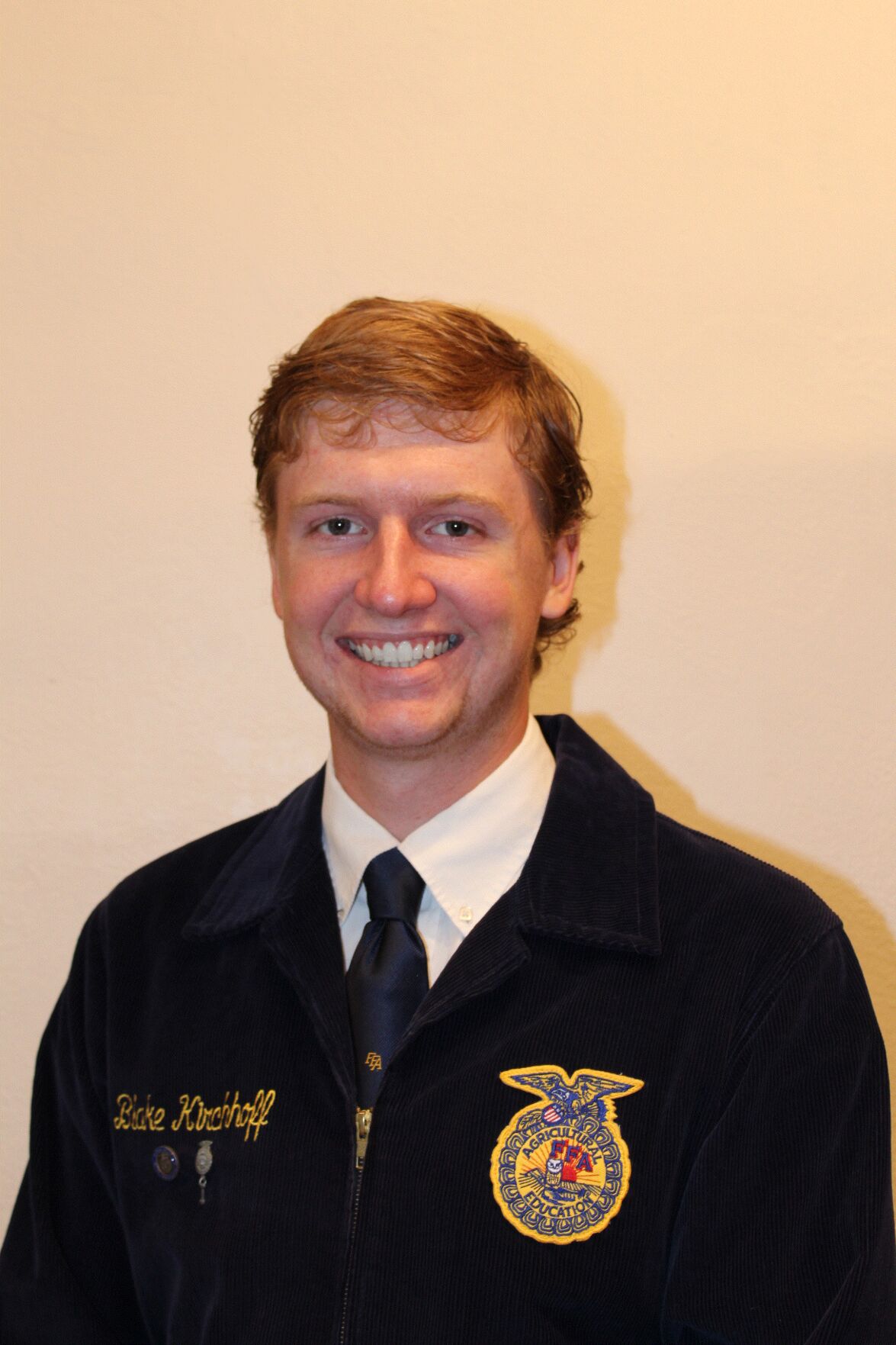 Building his own future as a farmer and rancher meant Blake Kirchhoff needed to take measured risks. He would not it have any other way as he developed a business plan that gained traction through his FFA experience.

Kirchhoff, Hardy, Nebraska, was FFA’s 2020 American Star in Agribusiness national winner for his supervised agricultural experience hay project. It was a culmination of a project that started when he was a sophomore in high school. His custom baling project grew to a business that he continues to nurture. A soon-to-be college graduate, Kirchhoff has been involved in FFA since he was a high school student in Superior, Nebraska, as the program helped him to focus on an aspect of the farm that he could grow into his own enterprise—hay production.

His parents have a corn and soybean operation and small livestock herd. Blake believed if he was going to return to the farm he needed to develop his own niche and that led to a successful hay business in south central Nebraska.

“If I wanted to come back and farm I have to make it happen for myself,” he said. “I don’t want it handed to me. I want to earn it.”

Kirchhoff, 22, is a candidate to graduate this May from Kansas State University with a bachelor’s in agronomy with a precision agriculture option. He plans to return to the farm after graduation. One of the pluses of operating a hay business is that he could balance his schedule with other activities. He is a member of the K-State crops judging team. That commitment has allowed him to travel to Australia and last fall he was the top individual judge at national contests in Kansas City and Chicago. He is finishing his spring crop judging season that has been limited because of the COVID-19 pandemic.

Even with all those activities, Kirchhoff continues to focus on his enterprise and manage his finances. He has purchased his own tractor, swather and balers for Blake Kirchhoff Custom Baling.

His service revolves around hay and alfalfa and includes swathing, custom small and round bales, and he markets hay and works with customers to help with their individual needs. His success also lent itself to adding alfalfa and native grass to the family’s operation. Blake is in charge of about 500 acres of native grass and he does the baling and marketing of the hay.

One of the keys to be successful is learning not only about alfalfa and hay production but also pricing information. For that, he turned to High Plains Journal. Kirchhoff says the pricing information on the Hay Markets, which is sourced by the U.S. Department of Agriculture, has helped him in developing benchmark prices that he can use in working with customers

“As a hay man knowing what the product is worth and then being able to communicate that information to the producer and the buyer is essential,” Kirchhoff said.

His advice to other young men and women who are considering their future is to make sure they are offering a product or service that is needed in the marketplace. They also need to be profitable and create positive cash flow.

“You have to find something you want to do,” he said. “There are going to be tough days. I know there are days in the hay business where nothing goes right.”

He is thankful for his family and the many people who have encouraged him and customers who believed in him. Kirchhoff has a positive outlook about his future.

“I thought this was something I could do,” Kirchhoff said. “It is so hard to find land, pasture, and then you have buying cows. I appreciate those guys who can do it. It just was not feasible for me. The hay business was the path of least resistance at the time and I hit it with a full head of steam.”