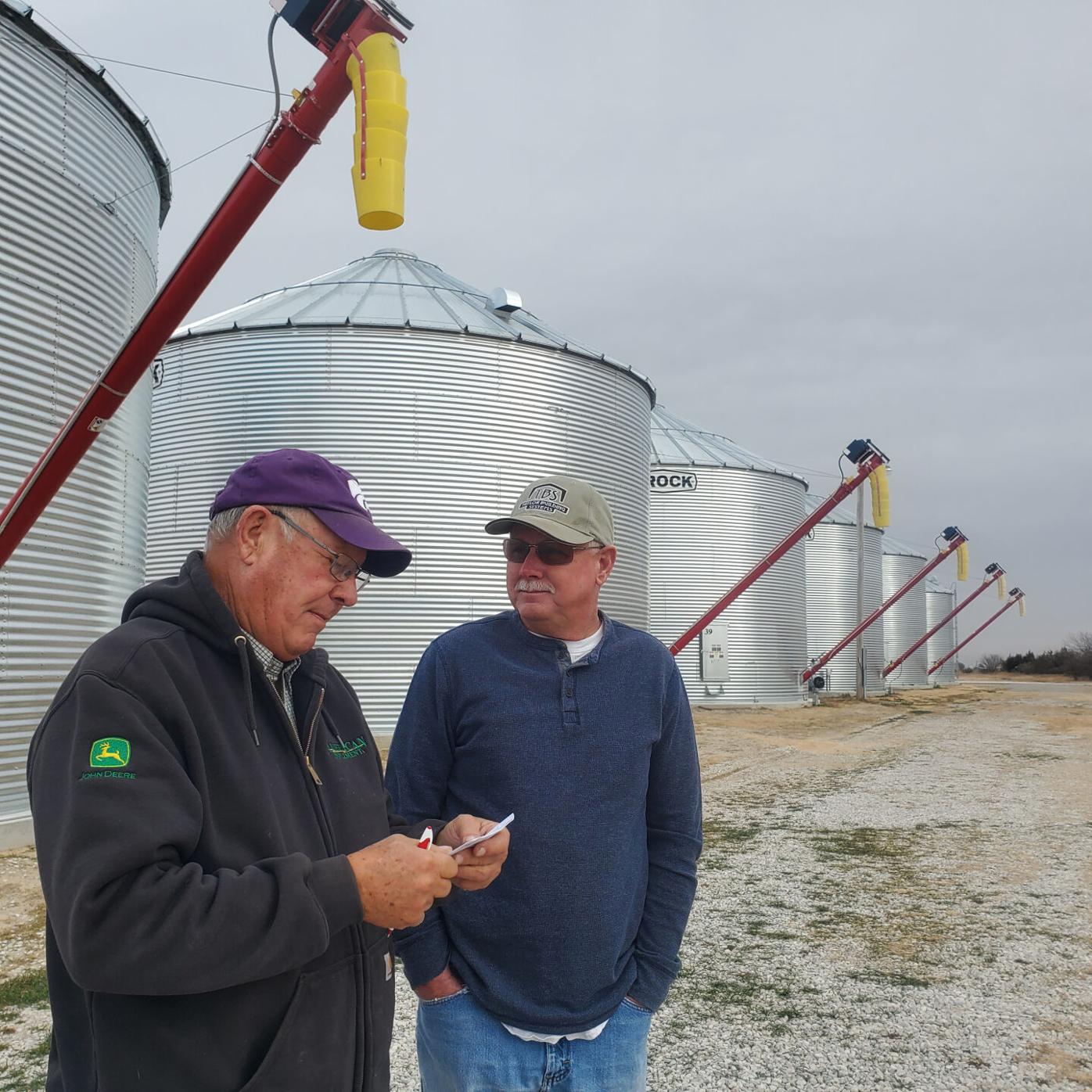 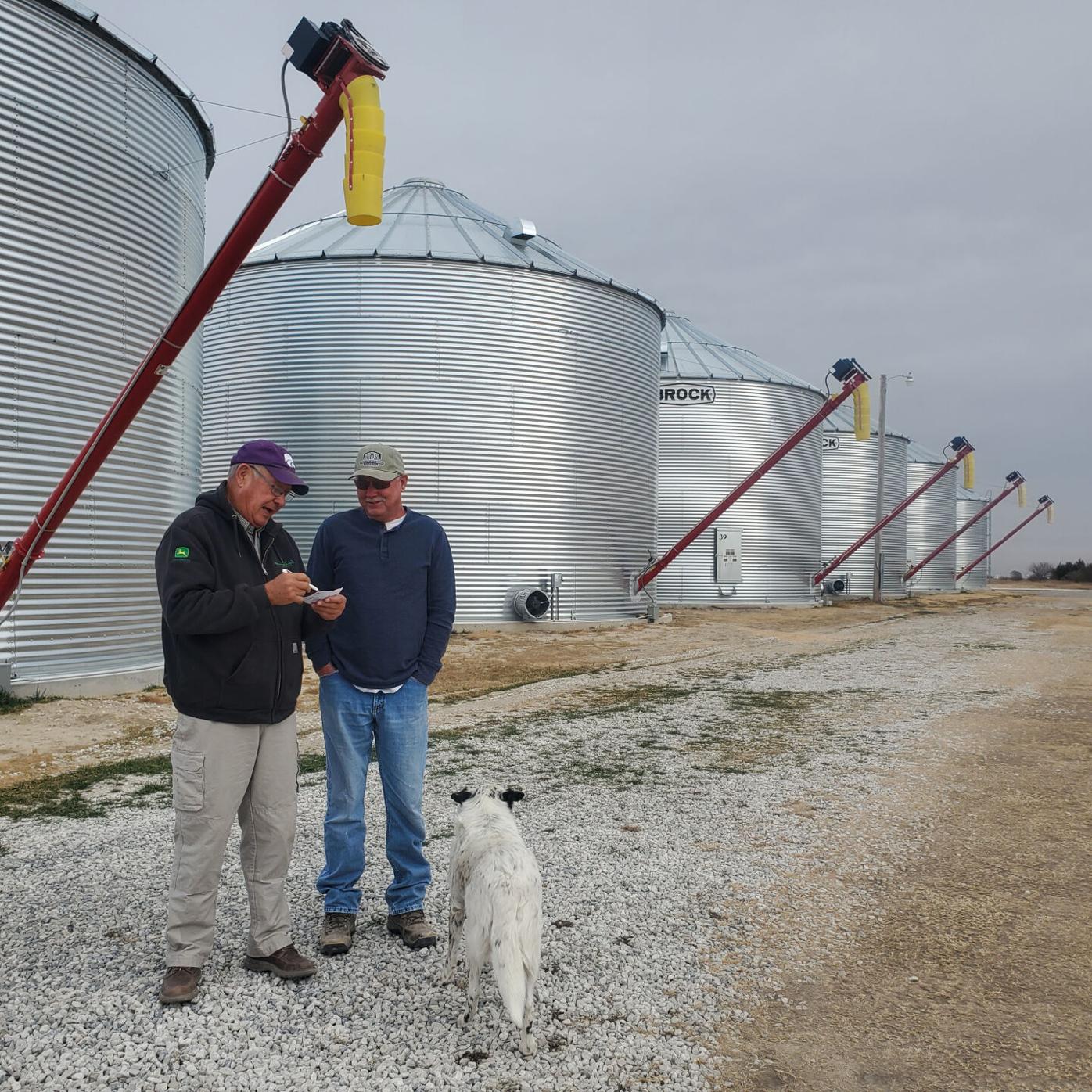 When good yields are coupled with higher commodity prices, it stands to reason farmers might be in a spending frame of mind.

Common among those trends is expanding on-farm storage rather than paying for it at commercial grain elevators.

“It would make sense. If they are having a good year, that’s where their investments may go,” said Ron Seeber, president and CEO of the Kansas Grain and Feed Association.

“We’re building a lot of onsite storage. Producers are raising more and more,” he said, “and we don’t want to pile it on the ground.”

Storing commodities on the farm has its advantages, said Kevin Govert, owner of KCG Construction of Tribune in far western Kansas. Obvious ones are not having to wait in line at the elevator during harvest, and being able to identity preserve what you raise.

“We haven’t done more than just kick it around,” he said. “Storage would make marketing stuff a little easier when you don’t have to put the storage equation from the elevator into the mix.”

Some value it and others don’t, Govert said, but lately, his business has been good.

“Grain storage has been in high demand for the last six or seven years, even when there wasn’t high commodity prices,” he said. “It will pay for itself in two or three years. That’s a pretty fast turn.”

But one downer this year is stiffening competition for those dollars, thanks in large part to “roaring inflation of every input we’ve got,” said Vance Ehmke, who farms in Lane County, Kansas.

Govert built two 25,000-bushel grain bins for Ehmke during 2020, one more in early 2021, and two more are planned for this spring, on the family farmstead near Amy, Kansas.

“We had a really good harvest of seed wheat, rye and triticale. Those are the three major crops that we grow,” Ehmke said. “We need more storage space, and it couldn’t come at a worse time.”

The cost of steel, concrete and other construction materials has skyrocketed, Govert said, adding 52% to the cost of a grain bin.

“That takes the fun out of it, for sure,” he said, when the “return” is no longer as swift.

But the builder remains optimistic.

“It’s gonna be a little tougher when the price of steel is 85 to 100% higher,” Govert said. “Inflation is stronger but I still think the demand for grain storage is there.”

“Steel went way up, but it went back down in a year,” Govert said. “We need this inflation to slow down a little bit. I think costs will come back down. I’ll bet it comes halfway back.”

Roundup herbicide was running $13 a gallon a few months back, then jumped to $54, Ehmke said, adding he’s heard predictions of it climbing still more.

He works out of the Abilene office.

“We may spend $60 an acre on (wheat) fertilizer. I think, this year, we will spend twice that much,” Kohman said. “That adds up pretty fast.”

Rising input expense could dull the fervency to expand an operation.

“These real high prices will sure sop up all the excess money that’s floating around out there,” he said, “and scare some people away (from spending).”

Some will shop for alternatives, such as spreading manure on their land, Ehmke said, but those prices are also on the ascent.

“It’s no longer a viable alternative, priced right up there with the rest. It’s a classic case of price gouging,” he said. “There are no bargains. It’s starting to make you worried about 2022. Are you gonna be able to make any profit with inputs as high as they are?”

Some are speculating that farm input suppliers are aiming to cash in on the good commodity prices, Kohman said.

“It’s my belief and hope that we’re following the laws of supply and demand,” he said. “There are short supplies out there. That’s contributing to it. I also think that when commodity prices go up, people will fertilize a little bit heavier.”

If the normal application of fertilizer will provide 50 bushels to the acre, and a bit more will add, say, 10 bushels to the yield, that fetches another $80 an acre at these prices.

“When commodity prices go up, people will be more aggressive, because there’s financial incentive to raise better crops,” Kohman said. “If you have the same supply of fertilizer you’ve always had, and demand goes up because we’re putting more on, that’s naturally going to raise the price a little.”

Still, he questions whether that increased demand would explain doubling the price over six months.

There could be more at play, he said, such as suppliers making less because of their own supply issues.

It could be that producers of fertilizer “are just trying to get a bigger piece of the pie. When wheat’s at $8 rather than $5, there’s a lot more dollars around,” Kohman said. “I think there are some natural decisions, that ‘We can charge a little more because people are going to pay it anyway.’”

“The steel guys just couldn’t get the stuff,” he said. “Last spring, the lead time was 17 weeks. That’s adjusted back to about three weeks now. I think it’s still good. Higher prices of the steel have lowered demand a little bit.”

While he waits for that grain storage work to pick up, Govert is busy with other projects, such as a large farm building going up in Sharon Springs, Kansas.

“We did a big containment for fertilizer tanks,” he said. “There’s still a lot going on beyond grain storage.”

Futures: at least a 10 minute delay. Information is provided 'as is' and solely for informational purposes, not for trading purposes or advice. To see all exchange delays and terms of use, please see disclaimer.
© Copyright 2022 hpj.com, 1500 E. Wyatt Earp Blvd Dodge City, KS | Terms of Use | Privacy Policy