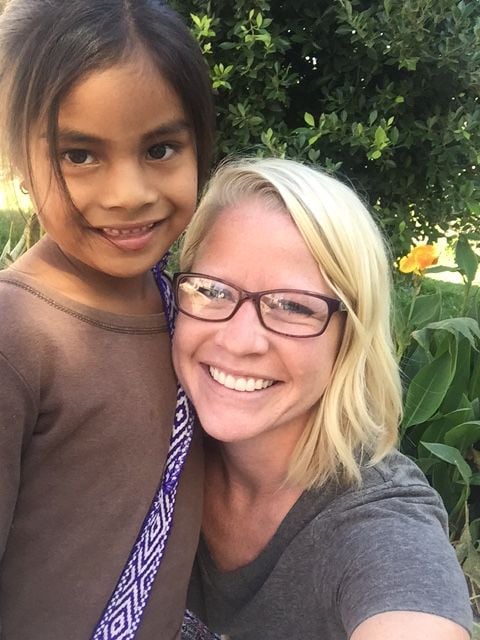 Jordan made connections with several orphans, including this girl, at the Mexican village. (Photo courtesy of Jamison and Jordan Reed.) 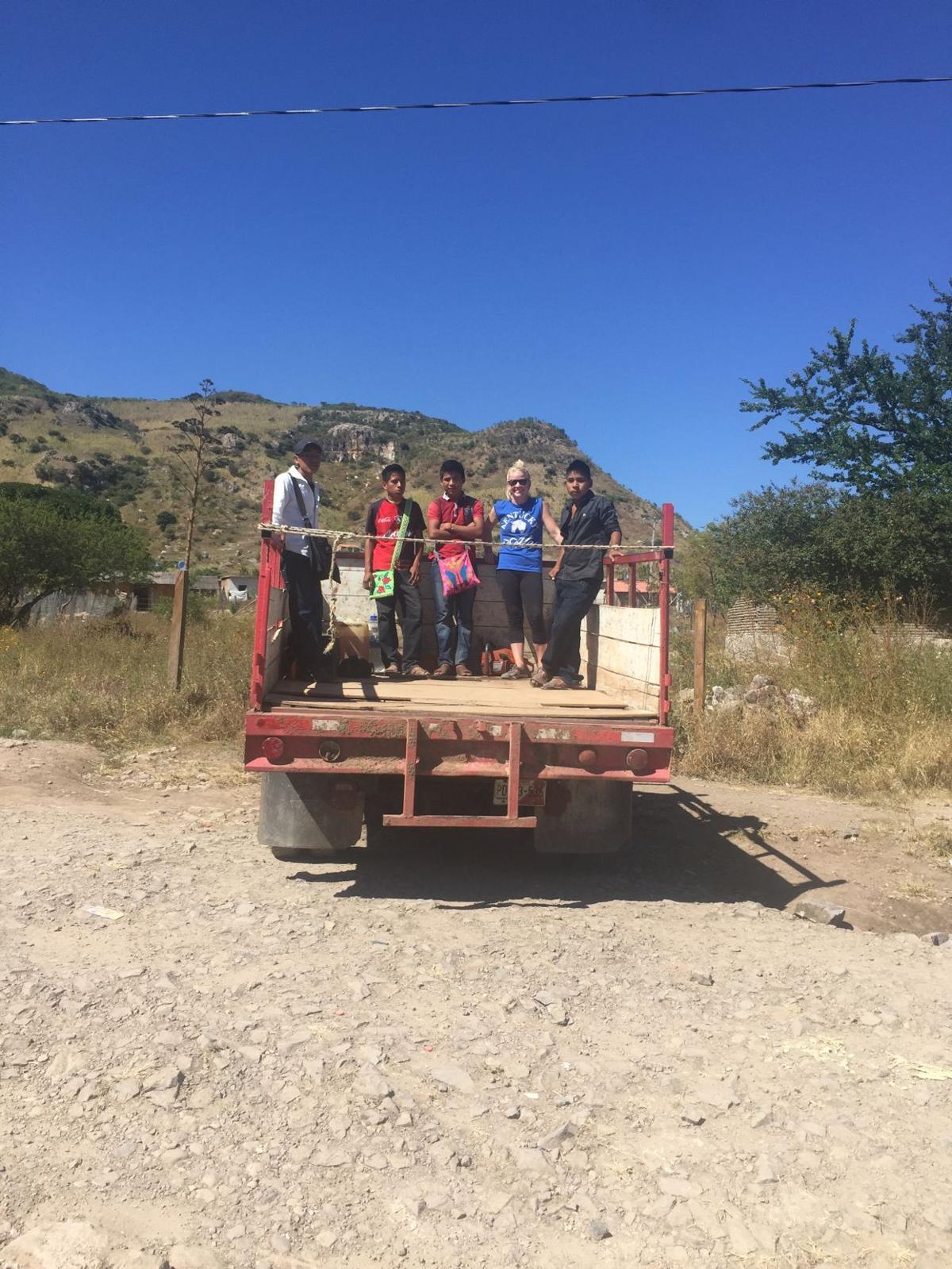 Jordan and Jamison helped cut firewood for the Mesa del Nayar village. They traveled half a day to get to the spot to fill the truck with wood. (Photo courtesy of Jamison and Jordan Reed.) 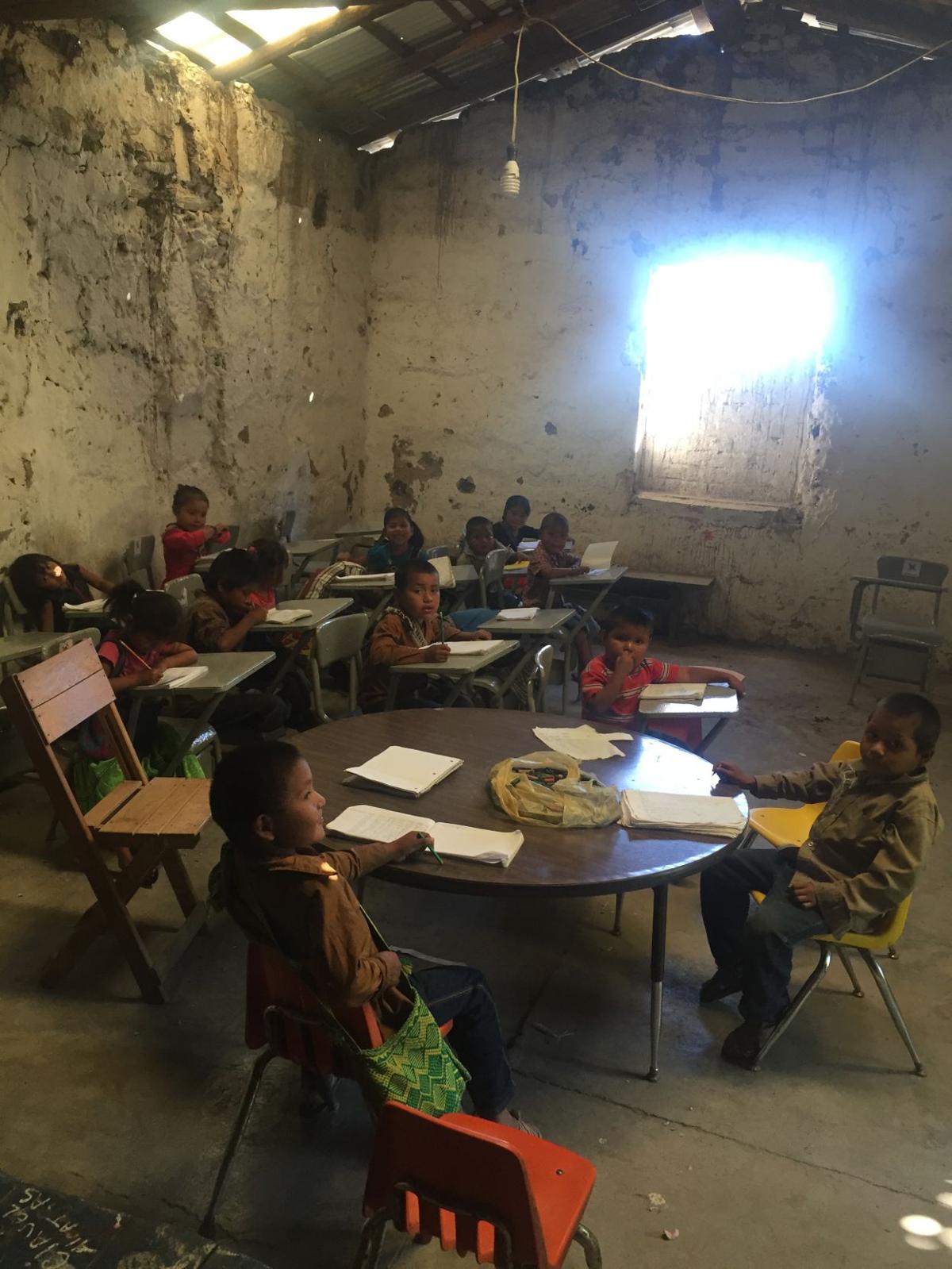 Jordan helped at the preschool at the village. 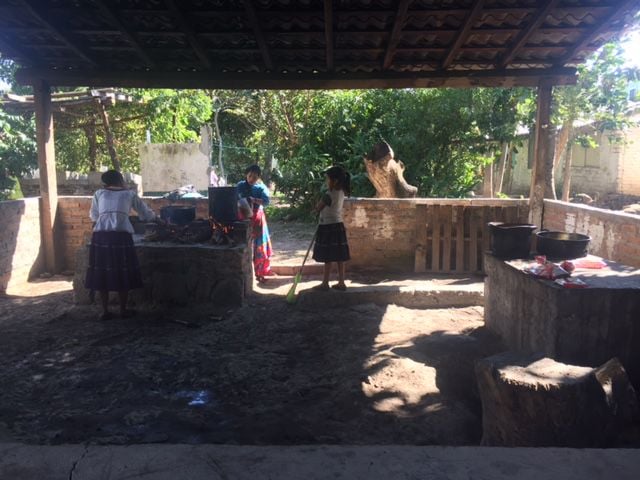 Meals were prepared in the outside kitchen at the Mexican village daily. (Photo courtesy of Jamison and Jordan Reed.) 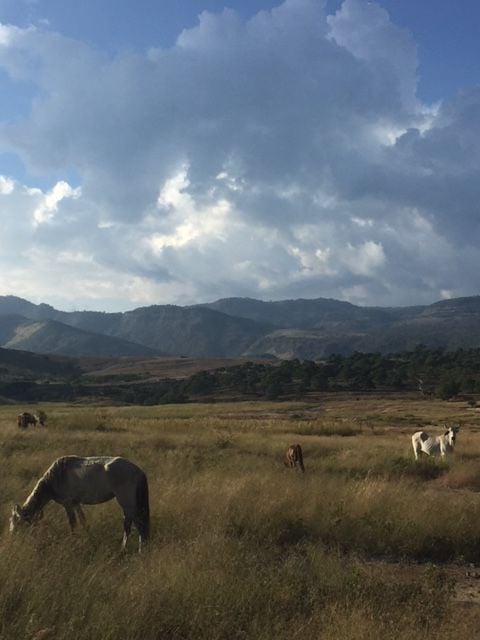 Jordan made connections with several orphans, including this girl, at the Mexican village. (Photo courtesy of Jamison and Jordan Reed.)

Jordan and Jamison helped cut firewood for the Mesa del Nayar village. They traveled half a day to get to the spot to fill the truck with wood. (Photo courtesy of Jamison and Jordan Reed.)

Jordan helped at the preschool at the village.

Meals were prepared in the outside kitchen at the Mexican village daily. (Photo courtesy of Jamison and Jordan Reed.)

It might seem that two farm kids who have loved agriculture their entire lives would want to stay involved in production agriculture in one way or another. In a way, that’s just what Jamison and Jordan Reed are doing.

Jamison grew up on a dairy farm in western New York where he had responsibilities on the farm at a young age. Jordan grew up on a livestock farm in northwest Iowa where she learned the value of hard work and how to keep up with her older siblings by being involved in all the chores on the farm.

When Jordan’s agricultural sales job took her to western New York a few years ago, she met Jamison. Their friendship eventually led to a relationship and then marriage. The two have enjoyed traveling and, after a trip this summer to Yellowstone and the Black Hills, they had a discussion about what they should do next.

“We felt like we wanted to do something on our terms and that the Lord was calling us to go and help others,” said Jordan. “Then we had to figure out what it would take to make this calling a reality.”

The couple decided mission work was what they should be doing. They each resigned from jobs they loved because they knew there were bigger things out in the world and bigger jobs for them to do.

On Oct. 13 they headed to the mountains in Mexico to join another couple from Iowa to help people who have a per capita income of less than $200 per year.

“Once we decided what we wanted to do, then we found others who have helped advise us with this adventure,” said Jordan. “We want to be self-sufficient and go where we are called.”

Prior to leaving, they were able to meet with the Siouxland Tanzania Educational Medical Ministries to learn more about the organization. Jamison and Jordan plan to travel to Tanzania after the first of the year.

“We are really excited to be part of the STEMM group because we will be going to a village needing help with farming,” said Jordan.

The area in Tanzania has poor drinking water and low agricultural production. They want to help the village learn to become self-sufficient.

“We can use our backgrounds in agriculture and farming to show them new or better ways that will work for them,” said Jamison. “We aren’t going to go there and tell them they need to do it exactly like we do in the U.S. - that won’t work for them.”

They’ve been told the village has a small dairy herd that produces 1 liter of milk per day. The Reeds hope to use their cattle backgrounds to improve nutrition of the cows to produce 10 to 11 liters of milk per day.

“These people only have four or five cows, so improving the milk production can provide so much more nutrition for the people,” said Jordan.

The animal husbandry background Jamison and Jordan both have will help to diagnose health problems in the animals and to teach the villagers what to look for regarding health. Teaching others to be proactive in an animal’s health will be beneficial for the village in the future.

Prior to leaving for Mexico, Jamison and Jordan undertook personal health checks to ensure they are ready for any diseases or human health problems they may face.

“We’ve had to decide what kind of clothes we should take to have the protection from the weather conditions and we have made sure we have all the vaccinations needed,” said Jordan. “We know showers are going to be an uncommon thing and diseases will be more prevalent. We also need to be respectful of the ways of the locals. It’s really a lot to consider.”

Jamison and Jordan have discussed security and safety with other missionaries in Mexico and Tanzania. Learning what will work in different areas and with different cultures is important.

“When we sold all our possessions we had to get down to the necessities we would need,” said Jordan. “We truly want to go and do something to make a difference. We feel like God will call us to a place long term, but for the next year or so, we know where we will be traveling and hope that we will be able to do the good to help others.”

In order to earn some income to continue their adventure, Jamison has been able to do some day trading and Jordan is learning to teach English as a foreign language. Modern technology allows them to stay in contact with family and friends and let others follow their adventures.

The Odyssey of the Seven is the name Jamison and Jordan have given to their adventure across the seven continents. They have a Facebook page (https://www.facebook.com/odysseyoftheseven) and a blog (http://www.odysseyoftheseven.com) where posts are made regularly about their journey.

“We know what we are doing isn’t for everyone. We want to raise the awareness of the needs of others around the world,” said Jordan.

“If we can do small things to help others who are in need, then we have been successful,” said Jamison. “Some of our family and friends think it’s a crazy thing to do, but we know we have each other and our faith to help us through.”

Along the adventure, they expect to work hard and to learn new things themselves. Learning new cultures will be an adventure all its own. While they know there is a lot of need in the U.S., they also realize this is a way to help people all around the world.

“It’s amazing, when you jump out in faith, the avenues and places God will take you,” said Jamison.

“Both bad and good things will happen on our journey, but there are great things out there for us to learn and help with,” said Jordan.

Agriculture Cares highlights good in the industry we serve

This fall High Plains Journal asked readers to submit nominations for people and projects worthy of recognition for our Dec. 26 Agriculture Ca…