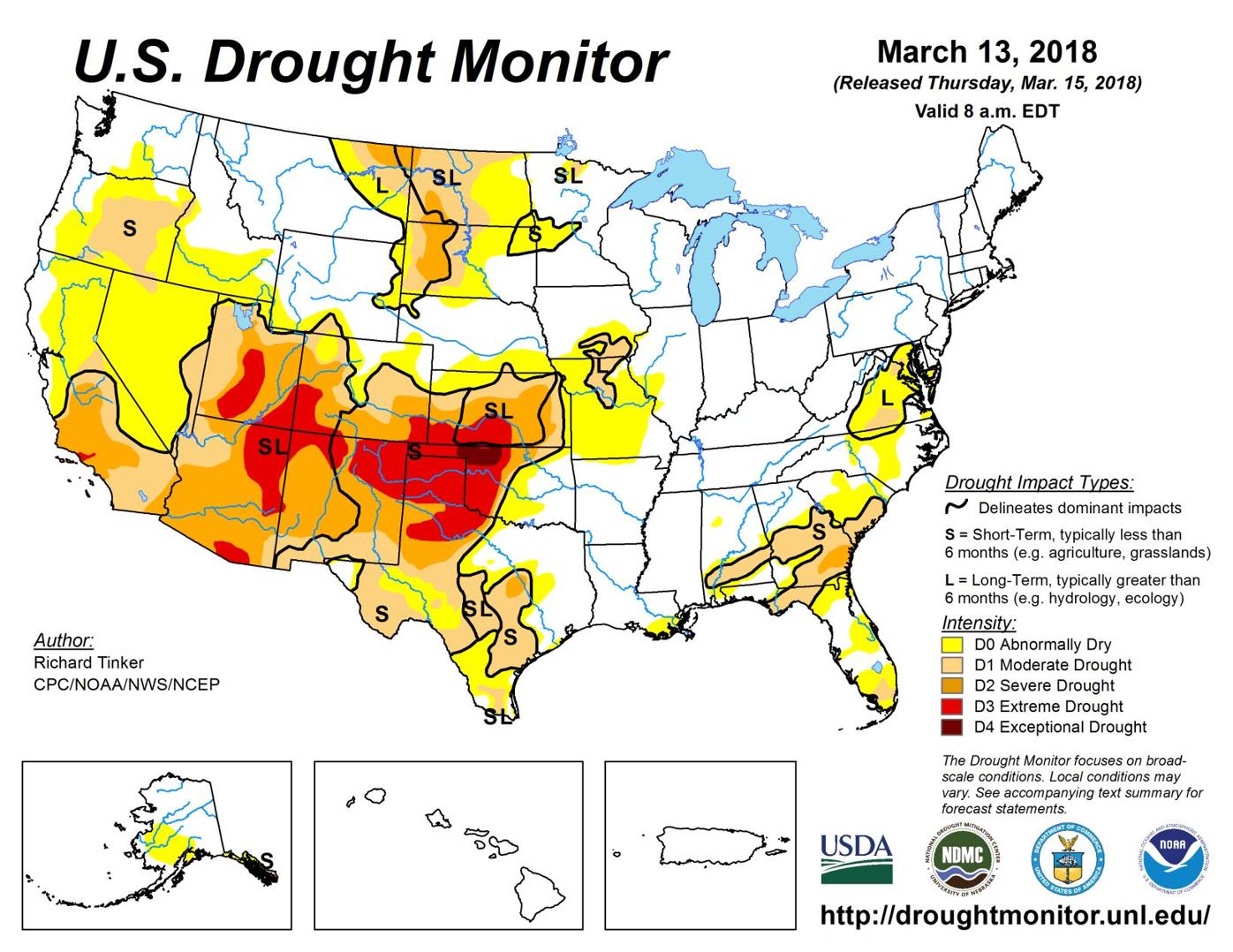 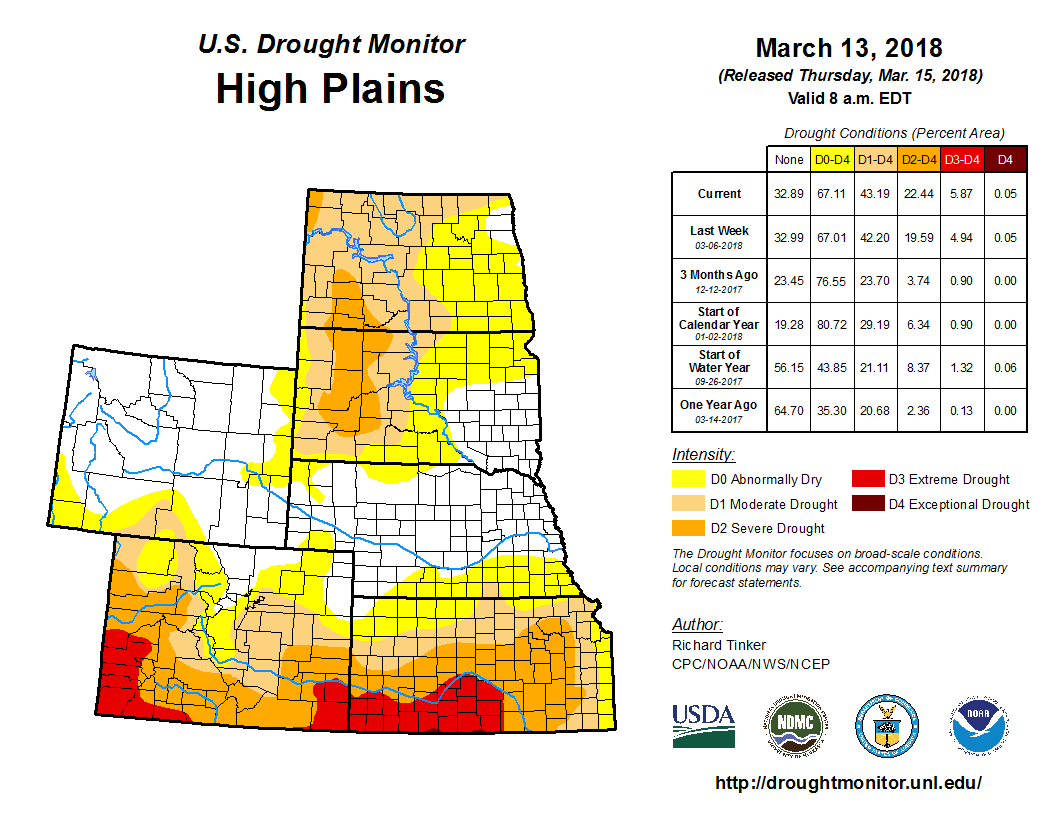 According to the March 13 U.S. Drought Monitor released March 15 by the National Drought Mitigation Center, University of Nebraska-Lincoln, in the High Plains drought persisted or worsened from Kansas, central Oklahoma and eastern Texas westward into Colorado and New Mexico. Drought intensity was degraded in many areas, with Exceptional Drought (D4) introduced in a patch of northern Oklahoma east of the Panhandle. Extreme (D3) drought now covers a large swath across northeastern New Mexico, most of the Panhandle and adjacent areas in Texas, western Oklahoma, south-central and southwestern Kansas, and southeastern Colorado.

The last 5 months have been intensely dry from southern Kansas and adjacent Colorado southward through western Oklahoma, parts of northeastern New Mexico, and the Texas Panhandle. Most of this area has recorded only 0.05 to a few tenths of an inch of precipitation since early October, and impacts have steadily intensified. Winter wheat is struggling to grow, even in irrigated fields, and many crops planted after the early October rains never germinated.