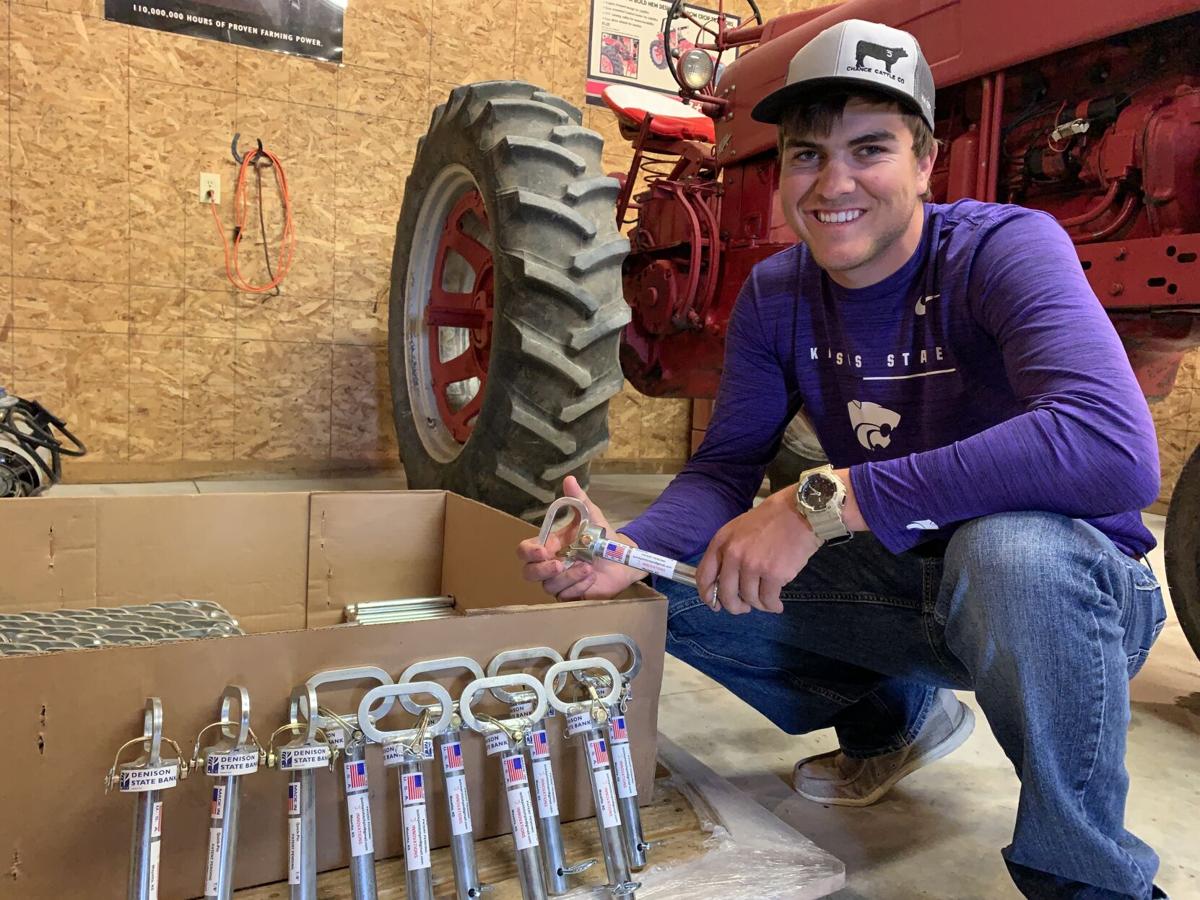 Blake Chance, Mayetta, Kansas, a student at Kansas State University, developed the Quick-Pin after a near disaster with a baler about two years ago. (Courtesy photo.) 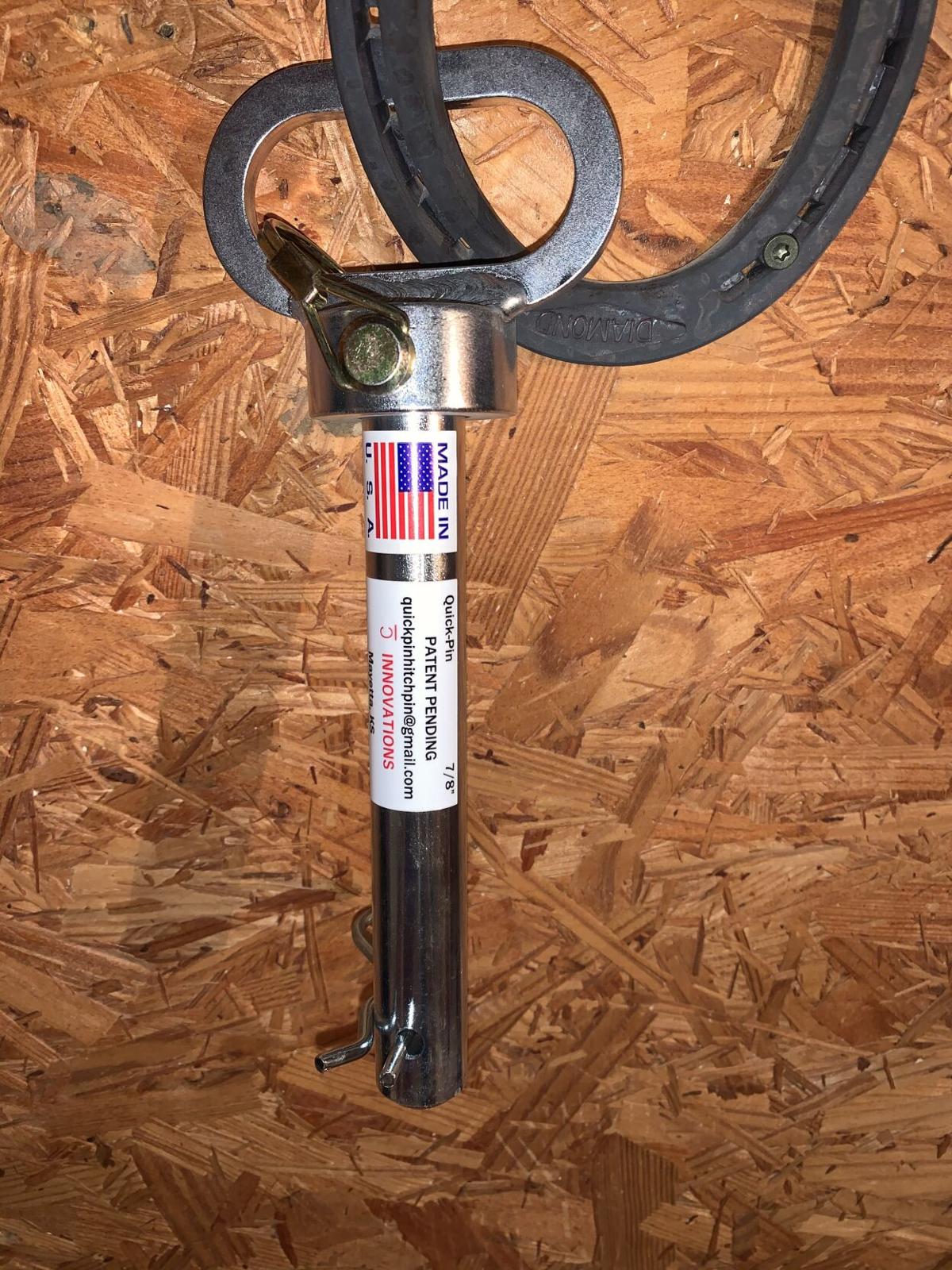 A near disaster on the farm sparked a young innovator from Mayetta, Kansas, to seek an improved design on a hitch pin.

Two years ago Blake Chance recalled how a bearing went out on a round baler and a mechanic said the family was fortunate the baler did not burn up.

“I started thinking if it did burn up how would I have got it unhooked from the tractor because I know sometimes the pressure on the hitch is too much and does not allow you to pull it out,” Chance said. “A lot of guys I see on Facebook put their pins in upside down and I just thought there had to be a better way.”

He designed his first prototype in spring 2019 and after a few modifications Chance was able to make a second prototype and it became the Quick-Pin. Although his first thought was for the baler he realized it could be used on other trailers and farm implements.

For practical purposes, if the operator has a baler fire and has a Quick-Pin then he can unhook the implement faster and safer so the fire does not engulf the tractor.

Chance is a student at Kansas State University. He is majoring in agribusiness with a minor in entrepreneurship.

In one of his classes he wrote up the Quick-Pin business plan project. He entered it into the K-State Launch Competition and became a finalist. He had to give his presentation in front of judges in what he quipped was a “shark tank” type of format. Chance placed third and used the prize money to work a patent.

“I had quite a few people who thought it was a good concept and liked the idea so I figured I might as well see what happens. I didn’t want to look back and say ‘what if,’ so I’m going to go all in and try to make something out of it.”

He has pushed his Quick-Pin presence online and he hopes that when farm show circuit returns he can have added exposure and continue to develop a dealer network.

“I’ve had a lot of help thanks to a startup class at KSU where I talked to a lot of business professors via Zoom,” he said.

After college he plans to stay connected in agriculture. He and his dad continue to raise cow-calf pairs.

“I’ve been interested in agriculture ever since I can remember and have a deep passion for what I do,” he said. “My parents have taught me everything I know and without them I wouldn’t be where I am today.”

Quick-Pin is included in those plans and Chance says because of his love for America he has no plans to ever have his products made overseas. The main shaft and handle for Quick-Pin is made by ICI Manufacturing in Topeka, Kansas.

This is a great idea!