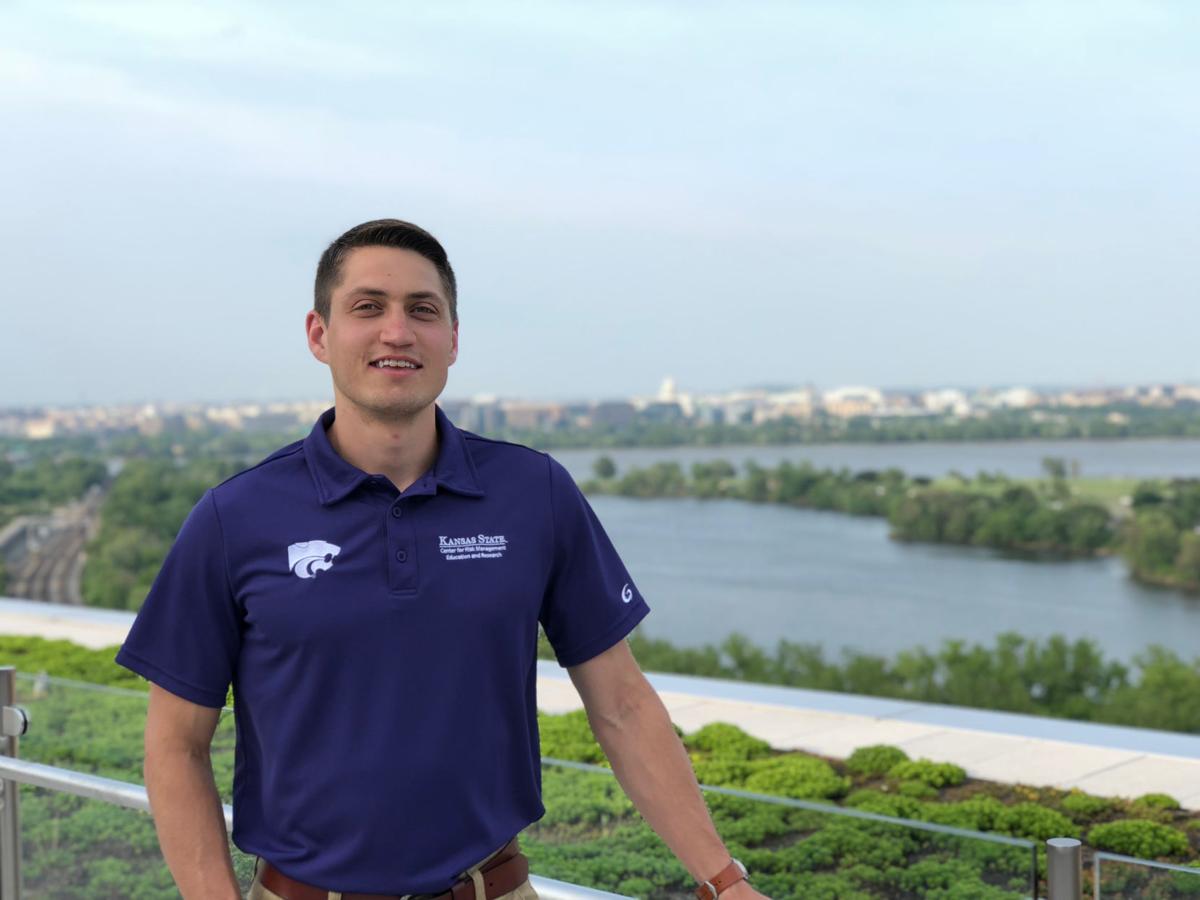 Justin Schmutz, K-State senior in Biological Systems Engineering, Machine Systems Option, was able to focus on leadership opportunities in clubs and his fraternity thanks to scholarships. He wanted to be sure that others have the same opportunities, so since his goal of graduating college debt-free would be met this year without it, he gave back a $12,000 renewable scholarship so that another student might benefit. (Photo courtesy of Justin Schmutz.) 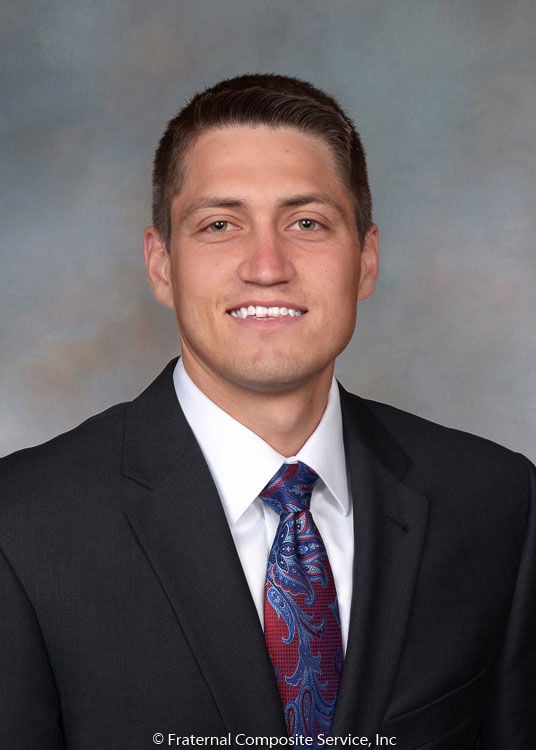 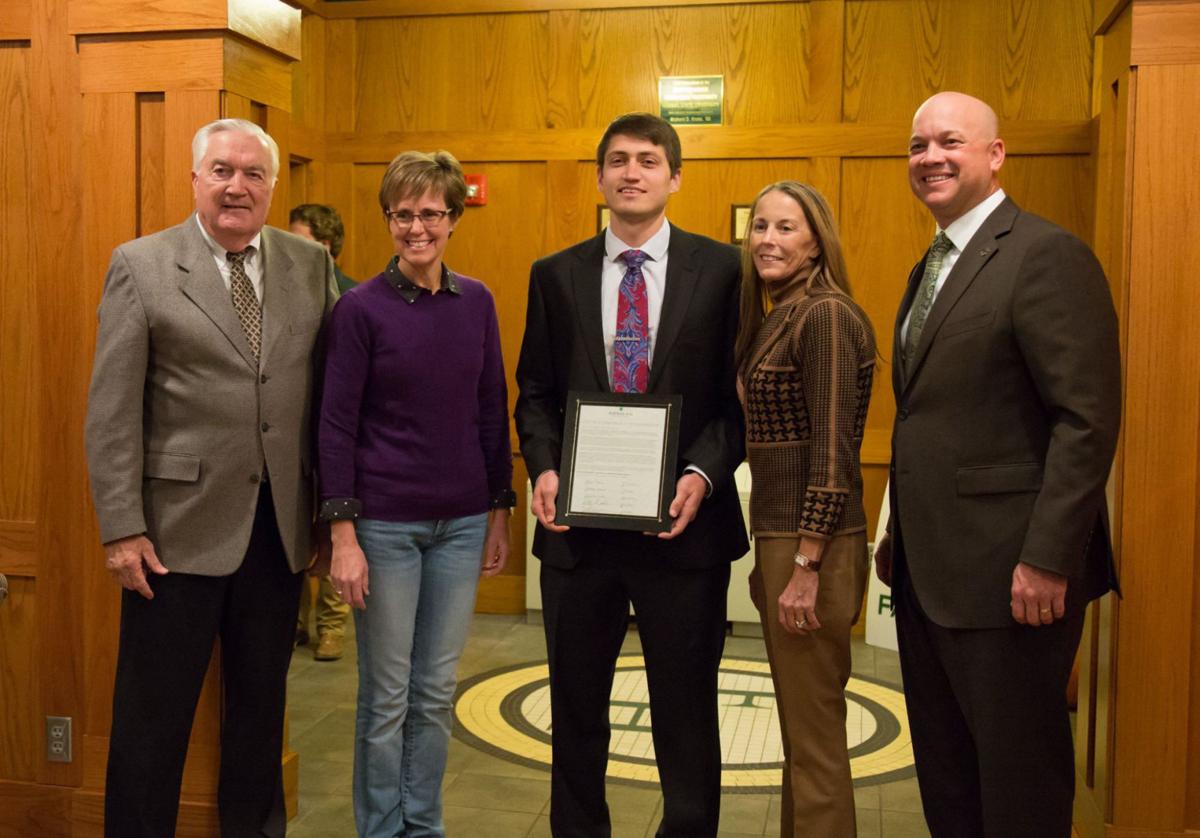 That number is familiar to Justin Schmutz, a Kansas State University senior in biological systems engineering. This Saline County, Kansas, 4-H alumnus challenged himself to apply for scholarships and other opportunities to minimize the debt he and his family would have to incur for his undergraduate degree. Among the many scholarship awards that have generously financed his education is the 4-H Vanier Family Scholarship.

This scholarship, established in 2016 with the Kansas 4-H Foundation, is a yearly renewable award of $12,000 to a current or former 4-H member enrolled in a state university who has overcome personal challenges. It covers about 70 percent of the cost of a year at K-State.

Schmutz was awarded the scholarship for his outstanding leadership in 4-H and in his service as an officer of Farm House fraternity at K-State. Sadly, his personal challenge was tragically losing his father in 2012.

Fiscal responsibility was one lasting lesson his father instilled in his sons, Justin and Stetson.

“This scholarship provided me an opportunity and opened the door to lots more,” Justin Schmutz said. “If I didn’t have it, I would have had to spend more time finding a part-time job to earn money.” Instead, he’s been able to focus on leadership and service roles in the Farm House fraternity and in other campus organizations.

But then, earlier this fall, Schmutz did something remarkable.

He gave this year’s award back.

“I’ve kept pretty close tabs on my finances in college,” Schmutz explained. Through Microsoft Excel sheets, he’s tracked not just tuition, but housing, transportation and other costs. He set up a conservative but reasonable budget and built from there each year, including anticipated income from work, internships and scholarships.

“I looked back on previous years, and it became apparent that I was in a financial position that I could afford this last year of school without the scholarship,” he said. “I discussed it with my mother and she was very supportive of my decision.” Schmutz said he just could not, in good conscience, accept money that might help someone else when his needs were already covered.

He wrote to the Kansas 4-H Foundation, and told the committee he wouldn’t be applying for renewal of his scholarship this final year.

It was a decision that likely baffled some but inspired even more, to say the least.

When the scholarship’s donor, Mary Vanier, read Schmutz’s polite letter to the committee explaining why he wouldn’t be applying to renew his $12,000 scholarship for this term, she was astounded.

“I just feel like my needs have been more than met and there was no need for me to take more,” he said. “Instead, it could provide an opportunity for someone else.” Providence had already provided, and he had met the goal he and his father had set.

The story doesn’t stop there, though.

In November, in a surprise Facebook Live announcement (http://bit.ly/4HSchmutz) at the Farm House fraternity chapter, Mary Vanier and staff from the Kansas 4-H Foundation surprised Schmutz with an announcement. They were creating the “Justin Schmutz 4-H Scholarship” in honor of his act of leadership and service.

“I didn’t anticipate that and I’m very humbled by it,” he said. As a recipient of other’s financial generosity, it had been Schmutz’s goal to someday be able to pay it back and start a scholarship in his father’s name. And although this carries Justin’s name, he said this couldn’t be possible without the values his father passed along and the lessons he learned as a 4-H member.

In his 11 years, Schmutz said the skills he developed through project work and community service influenced his decision.

He kept records for the money he invested in his livestock projects and developed an appreciation for finance. He learned to set a goal and mark incremental achievements, and failures too.

“Maybe we don’t quite achieve that goal, but you learn a lot and you gain more in grit, and the next time you have more perseverance to pursue the goal,” he said.

Most importantly, though, 4-H taught him that all of those skills ultimately are to be used to help others.

“4-H is about giving back and investing in your community,” he said. “It’s not about what you can take, but what you can give.” That was never more clear than the years following his father’s death, when Schmutz still had a few years left of 4-H and other families in the county stepped up to help him and his mother.

“So many families surrounded us and invested a lot of themselves in us,” he said. “That was such a blessing and I’m so thankful.”

And in the end, giving back the scholarship money turned out to be a bigger blessing than Schmutz anticipated. Because of the attention his act has received online and in the media, he’s been able to plant the seeds of stewardship in others.

“I just hope, at the end of the day, this helps someone else out who needs it very much,” he said. “And I hope this encourages others to steward the blessings they’ve been given, and to take the opportunity to bless others as they can.”

For information about how you can donate to the Kansas 4-H Foundation, call 785-532-5881 or visit www.kansas4hfoundation.org.