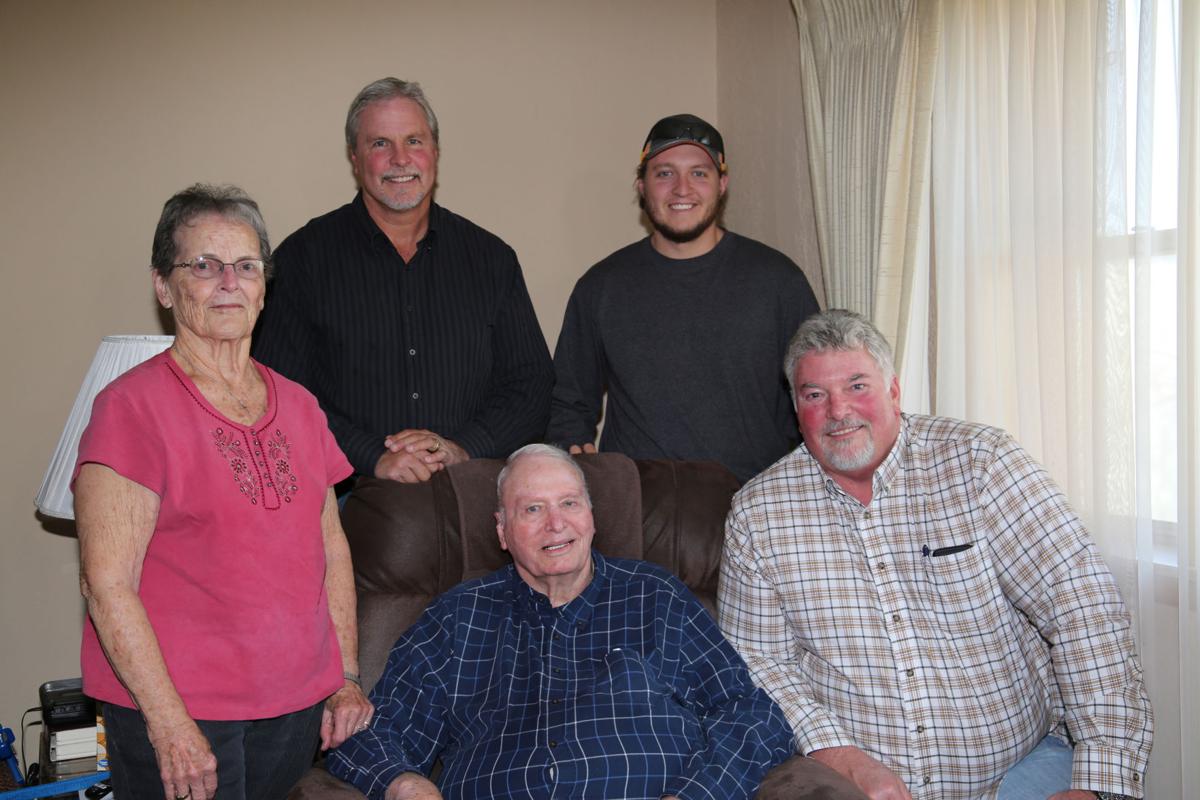 Earl Moss is surrounded by love. The Sheridan County, Kansas, farmer, who was diagnosed with multiple sclerosis over 14 years ago, is surrounded by (clockwise from left) his wife, Opal; son, Gary; grandson, Jaxsen; and son, Tim. With their help, and the help of three other grandsons, Earl has managed to hold a positive atmosphere and, until recently, be a full participant in their farm and ranch operations. (Journal photo by Larry Dreiling.) 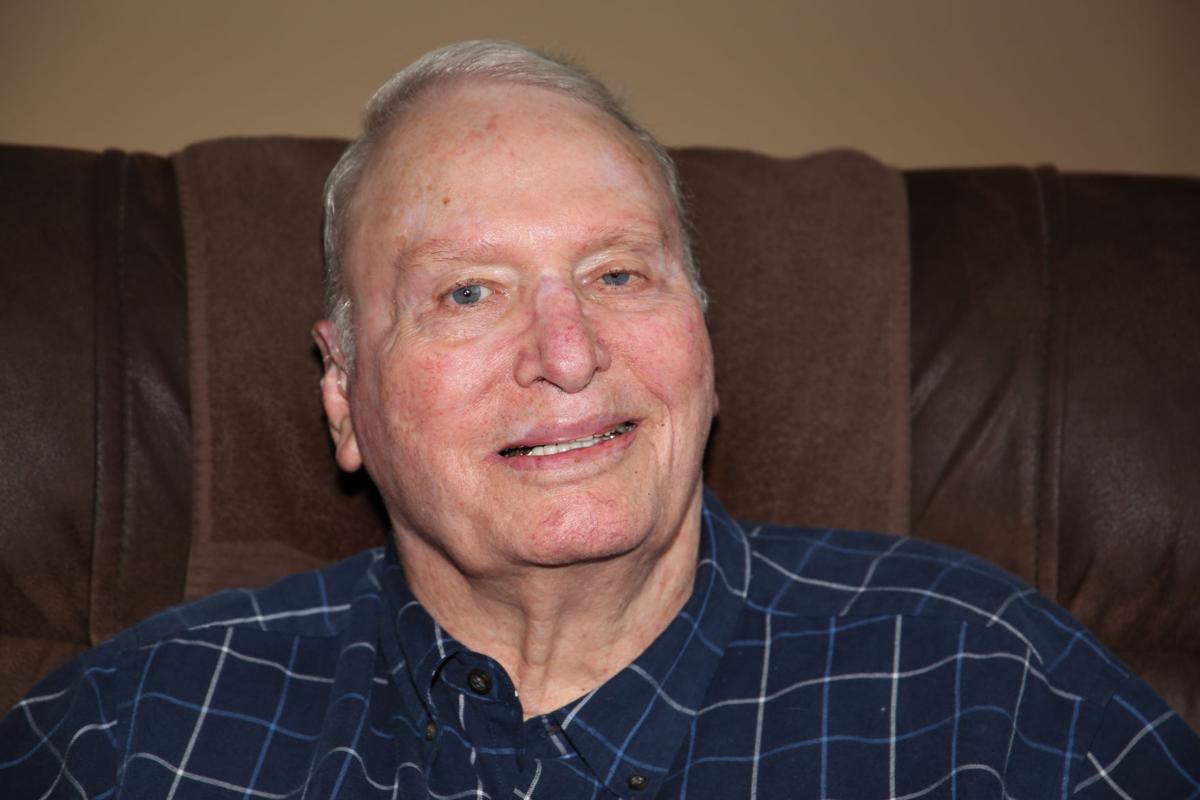 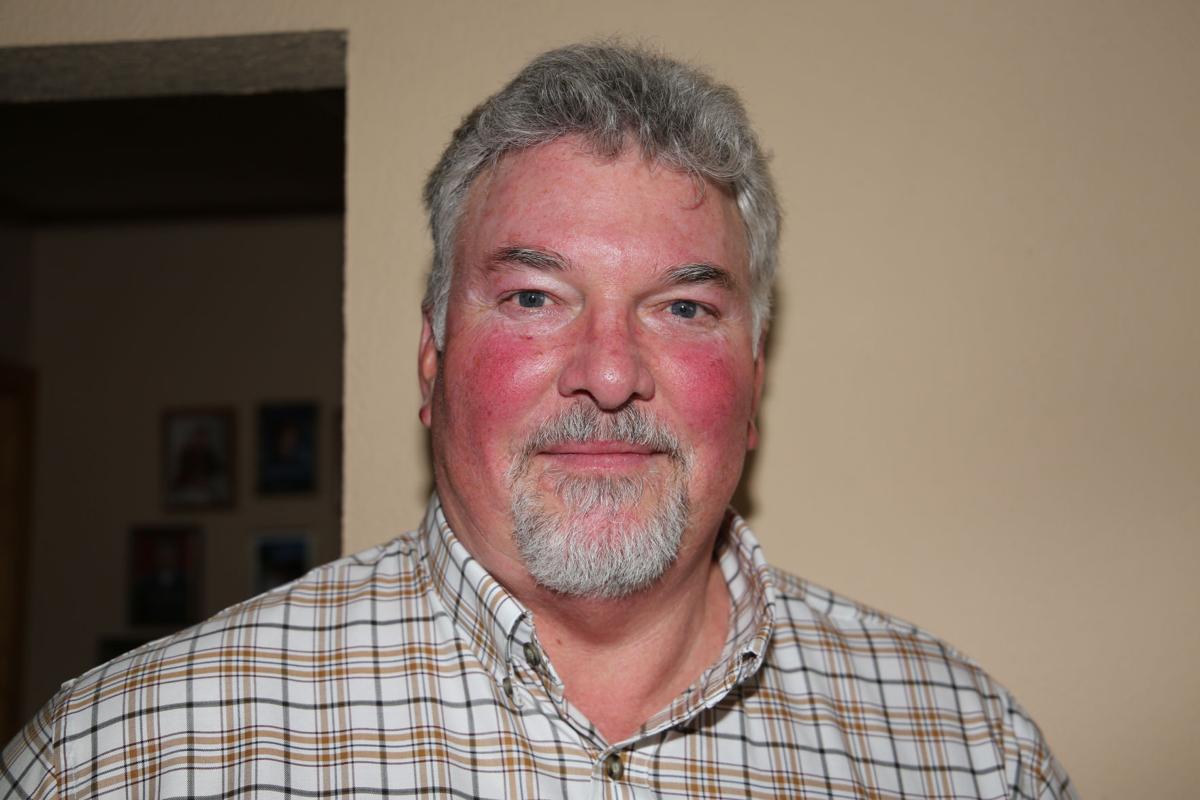 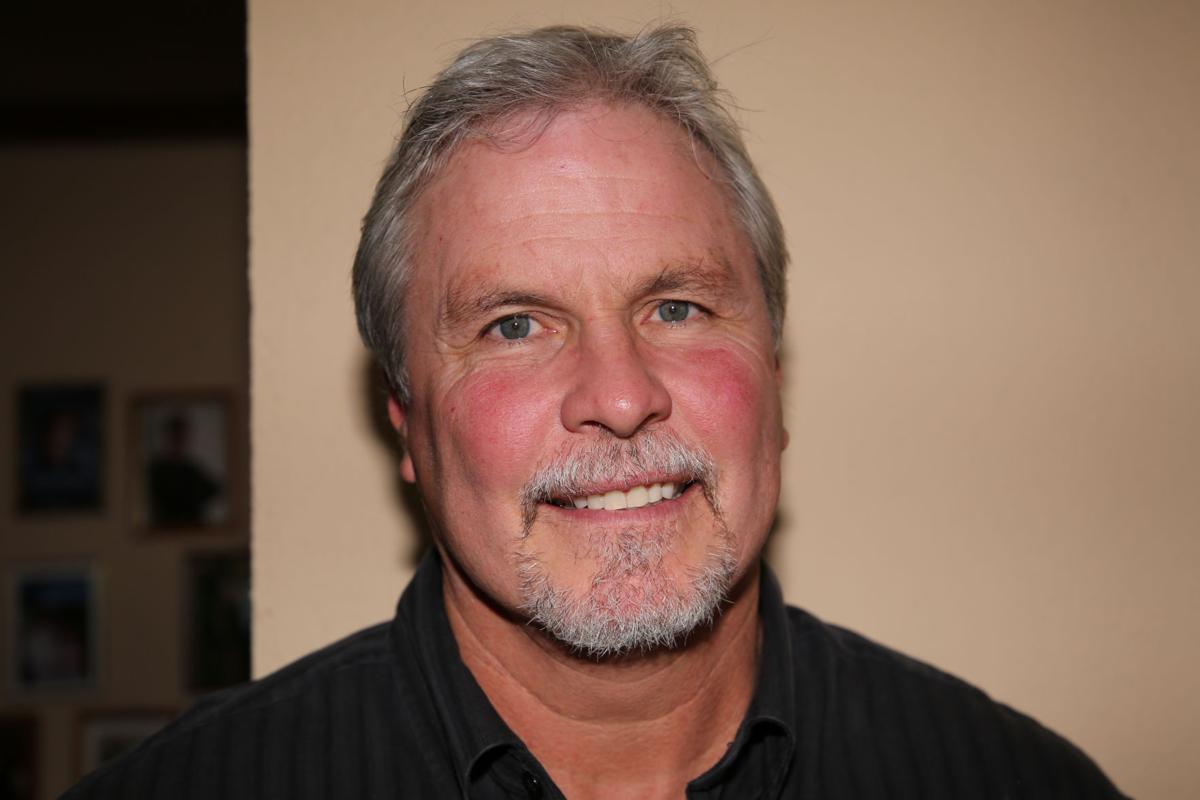 “To care for those who once cared for us is one of the highest honors.”

The words of Tia Walker in “The Inspired Caregiver: Finding Joy While Caring For Those You Love” certainly ring true for Gary and Tim Moss as they work with their mother, Opal, in caring for their father, Earl, on their Sheridan County, Kansas, farm.

“I always thought it was a young-person’s disease and that old people don’t get that,” Earl recalled.

Over the years, Gary and Tim have gone to great lengths to make sure their dad remains active in the farming operation.

“We kind of needed the help with harvest and he wanted to help,” Gary said of his father. “He used to run the combine at harvest and we’d run the trucks and the grain carts. When he contracted MS, we kind of put a shoulder to his rear to help him up the ladder but eventually he couldn’t get up into the combine without more help.”

Gary and Tim then built a lift of their own design that would ride along on the ladder using the battery system on the combine.

“Dad would sit in a little chair on the lift and it would raise him up and then onto the platform,” Gary said. “That worked for several years until we traded the combine (in 2011).

The dealer attached the lift onto the new combine. Unfortunately, things went downhill from there.

“I don’t know if we got the bolts too tight or what, but (Earl) wanted to get up and just look into that cab of the new combine,” Gary Moss said. “We hadn’t started picking yet, we got him into the seat and lifted him up to look into the cab.

“Then he wanted to come down, so we put him back onto the lift and one of my worst nightmares came true. One of the bolts broke as he was sitting in the chair and fell over backwards about 8 feet. He landed on his back on the concrete.”

Earl suffered injuries in the fall sufficient enough to warrant a transfer from nearby Sheridan County Hospital in Hoxie, Kansas, to Good Samaritan Hospital in Kearney, Nebraska.

“He had a broken vertebrae and thought he might have had a brain bleed,” Opal Moss said of her husband, who was eventually transferred to Madonna Rehabilitation Hospital in Lincoln, Nebraska, to restore strength to his back.

Adds Earl, “I think they made the decision for me.”

Still, Earl walked out of Madonna with the help of a walker and two nurses. He now has a van with a ramp and he can drive out to where he wants to go.

The sons also built a lift on their boat trailer so Earl could go fishing at Glen Elder, Webster or Sebelius reservoirs. It still functions.

While Earl now calls himself “the advice giver” to Gary and Tim, Gary’s son Jaxsen—a recent Kansas State University graduate—has joined the operation, taking care of their cow-calf herd as a fifth generation producer while his dad and uncle farm the irrigated corn and soybeans.

“We were early irrigators in 1955, with open ditches, then gated pipe, then sprinklers. If we had had sprinklers back when, we would have saved so much water,” Earl said.

An enthusiastic attitude and his sons’ determination to help their father make the most of that enthusiasm that gives all caregivers and those they care for a lot of inspiration.

About the Moss family

Earl Moss and his, wife, Opal are the third generation to farm their land in Sheridan County, Kansas.

The Mosses live in what was the building Earl once attended grade school.

“It’s like I never left school,” Earl jokes. “They closed the school a year or two after I graduated. Dad bought the corner where the school sat on. The basement once was storage for wheat. We got married in 1953 and have been here ever since.

Adds Opal, “Once the wheat was out we moved in. We lived in the basement for a number of years until we remodeled the main floor.”

Earl is also an enthusiastic supporter of Hoxie High School sports, where Gary’s other son, Jake, is the boys’ basketball coach and a local financial advisor. Earl watches the away games on the Internet.

“Jake’s going to go for the double,” Gary said.

While Gary’s sons are closer to home, Tim’s sons, Austin and Parker, are financial advisors in the Kansas City area.