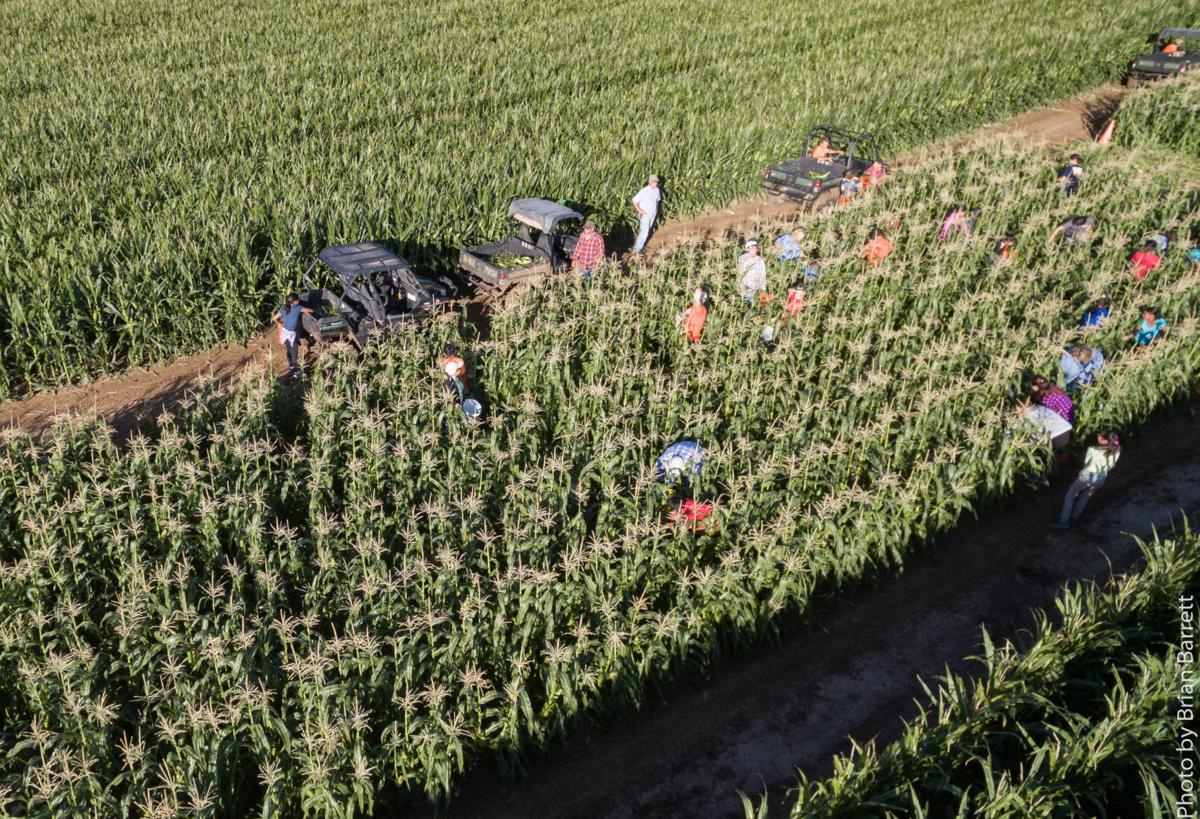 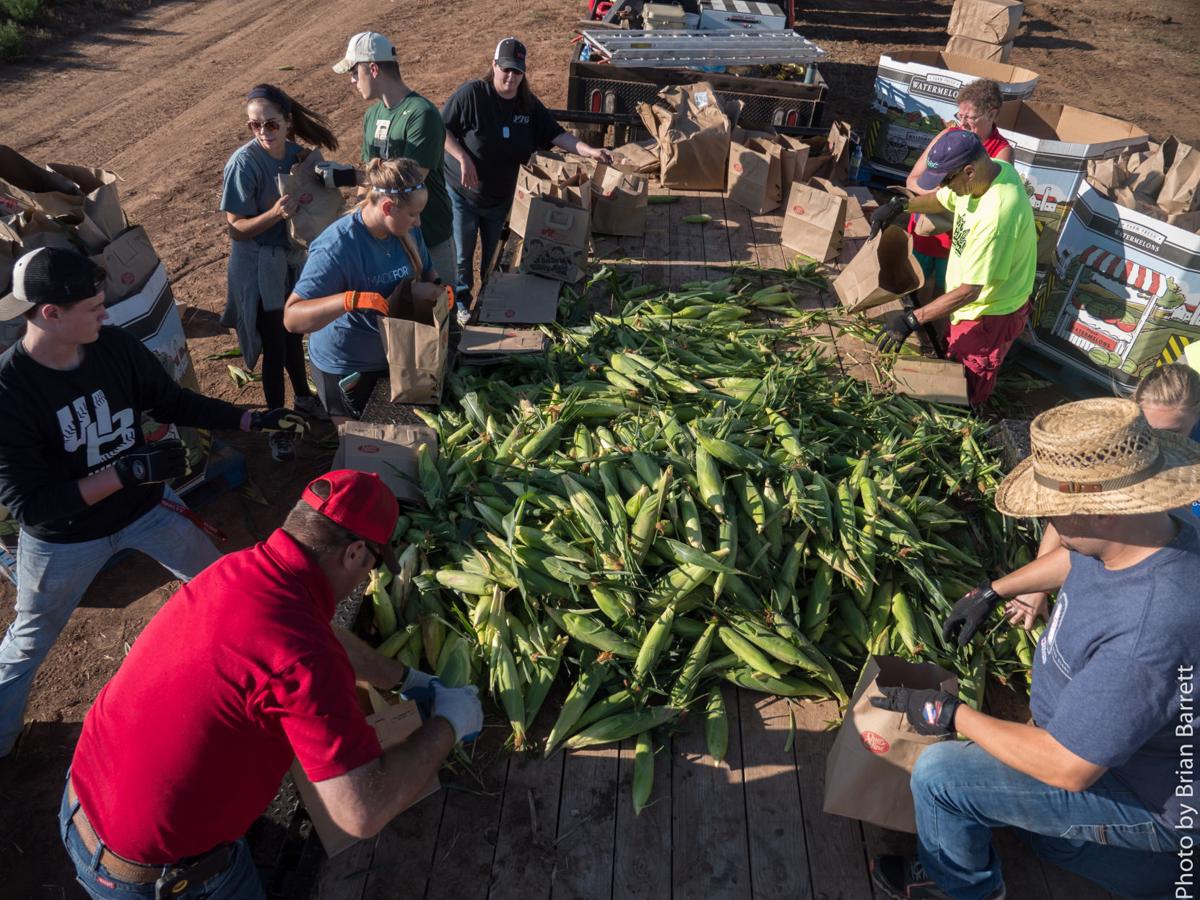 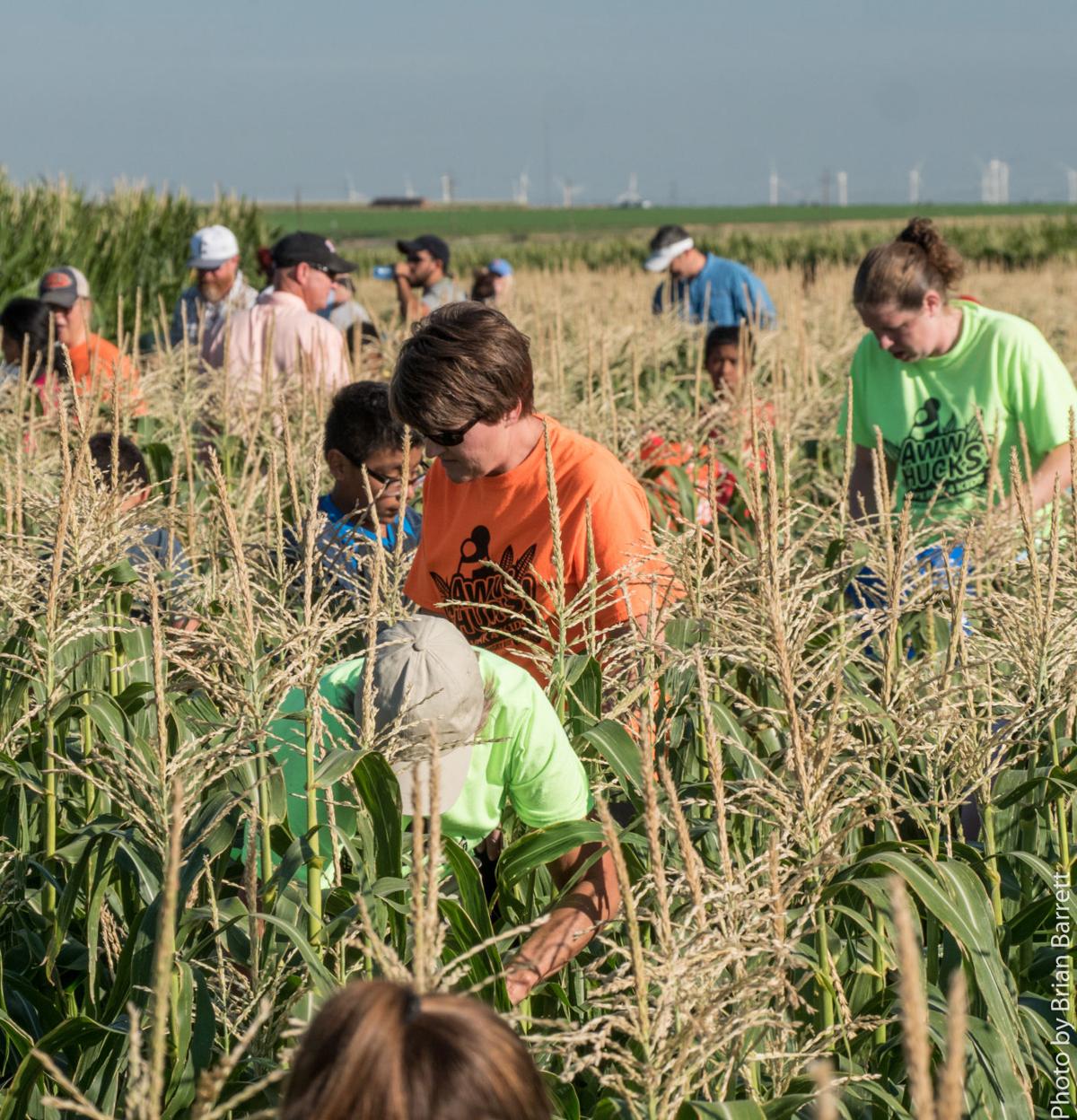 It all started with a vision, sitting on the porch, visiting. Snack Pak 4 Kids Director Dyron Howell and his friend, local farmer David Cleavinger, brainstormed as they so often did about new ways to serve their friends and neighbors as well as provide anyone with a desire to give back the opportunity to do so.

The relationship of Cleavinger’s vocation of farming to Snack Pak’s mission of feeding kids was a natural fit. The challenge was logistics, getting a crop from the field directly into the hands of the people of Amarillo, Texas.

Shortly after their brainstorming session, Cleavinger attended an annual meeting at the headquarters of a major seed company. At the end of the meeting, the company sent each of the attendees home with a bag of sweet corn seed with one charge: Give back to your community. Cleavinger knew this was his sign to take the leap of faith and plant the corn for Snack Pak 4 Kids. He and Howell made a plan; Cleavinger would sow the seed and Howell would bring the harvesters.

Four years after this conversation, they’re still going strong. The Aww Shucks Corn Harvest is a partnership between Amarillo-based Snack Pak 4 Kids and two local farming families, the Cleavingers and the Gruhlkeys. Snack Pak 4 Kids provides weekend snack packs to students at-risk for hunger across the Texas Panhandle and San Antonio. The program feeds over 7,000 students per week with premium and name-brand food to provide optimal nutrition to help students thrive at home and in the classroom.

Howell said this isn’t a feeding program but an education and community program.

“If kids are hungry, they’re not thinking about their studies,” he said. “We help fill the need of hunger so that students can focus on their education and excel in the classroom and have the capability to give back to their local communities.”

According to Rogers Elementary School Principal Terri Huseman, the program is doing just that. “Children come to school ready to learn and stay in class because they have had the nourishment they need to engage themselves and grow in their instruction.”

The foundation of the Snack Pak program is the weekend food provided to the kids, but there’s even more to the program that many may not know about. The Aww Shucks Corn Harvest is one element of that. When Cleavinger and Howell sat down to discuss their first-ever corn harvest, they never imagined what it might grow into.

“I was apprehensive about the process because I’ve been a farmer for a long time and know how labor-intensive a sweet corn harvest is,” Cleavinger said. “I just didn’t know if we would be able to find the help to get the crop harvested and logistics lined out.”

The corn grew and the volunteers came and the harvest was plentiful. After volunteering with the inaugural harvest, Bill Gruhlkey decided that he could contribute a plot of his own land, so year two of the harvest doubled the area used to grow corn. Now in its fourth year, both farmers are still participating in the Aww Shucks Corn Harvest, which has been arguably the best year ever as all who are involved continue to refine and improve the process.

This year, each farmer planted a 1-acre field with a 25-pound bag of corn seed. Each plot was harvested on a separate weekend as it became ripe. The first weekend of harvest was done by 250 community volunteers and delivered to Amarillo’s first responders. The second weekend, the harvest crew was composed of 230 Amarillo ISD students and teachers. When they finished harvesting that morning, they hand-delivered the corn to 11 communities represented by six Snack Pak 4 Kids supported schools in Amarillo. Students returned to their individual schools following the harvest to distribute the corn to their friends and neighbors. In these two weekends combined, nearly 500 volunteers harvested over 15 tons of sweet corn.

From the beginning, both men knew this was going to be a mission bigger than corn. It was even a mission bigger than providing food to families across Amarillo. Of course, those were important parts, but this was about fostering relationships, promoting understanding and developing a community attitude of service to others. This year alone, approximately 2,400 Amarillo families were impacted by this act of community generosity.

“The sky is truly the limit when you have a community of people who are willing to share in service to one another,” Howell said. “There is nothing they cannot do.”

Agriculture Cares highlights good in the industry we serve

This fall High Plains Journal asked readers to submit nominations for people and projects worthy of recognition for our Dec. 26 Agriculture Ca…