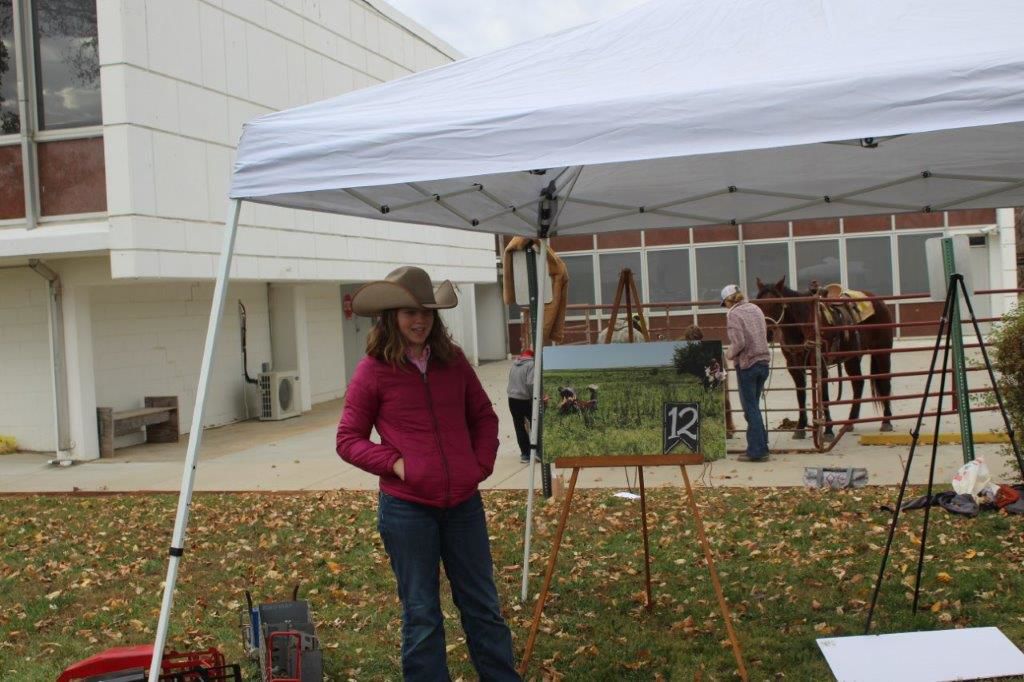 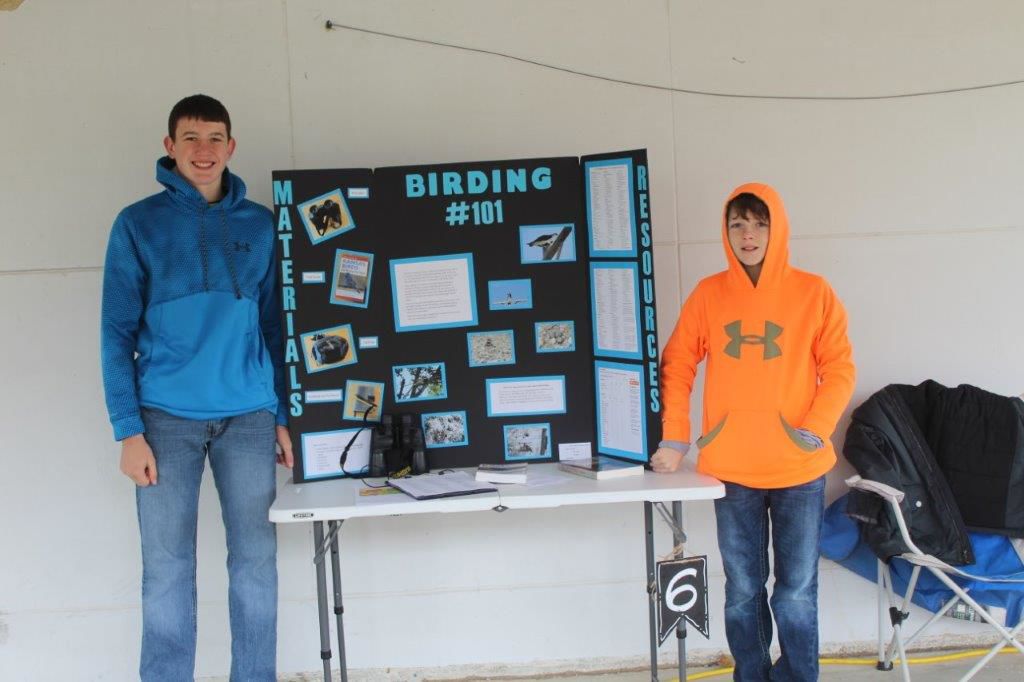 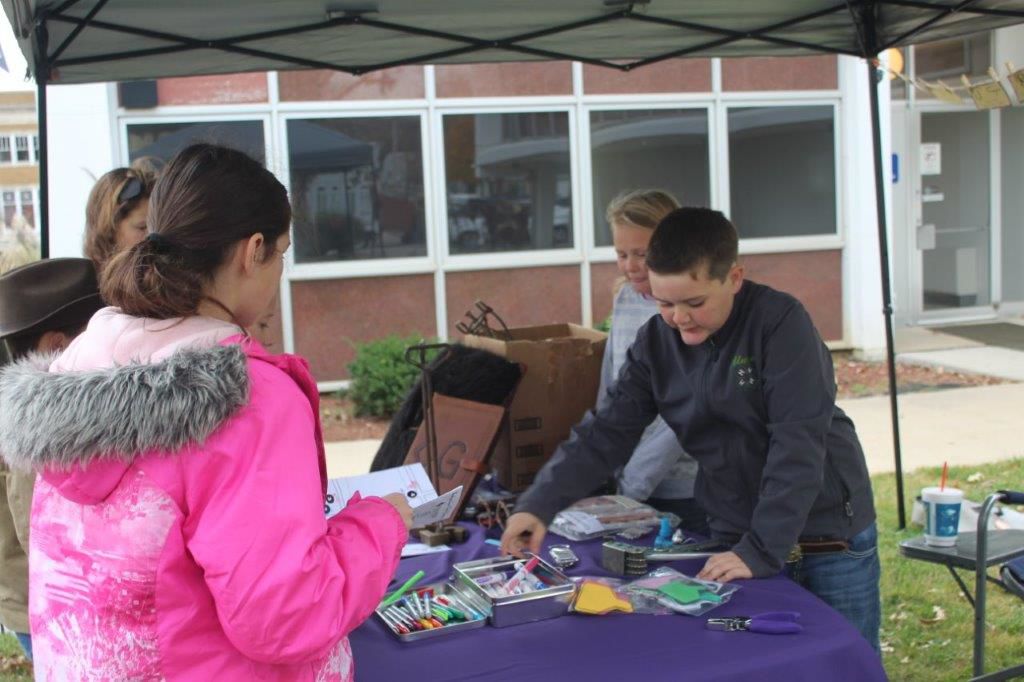 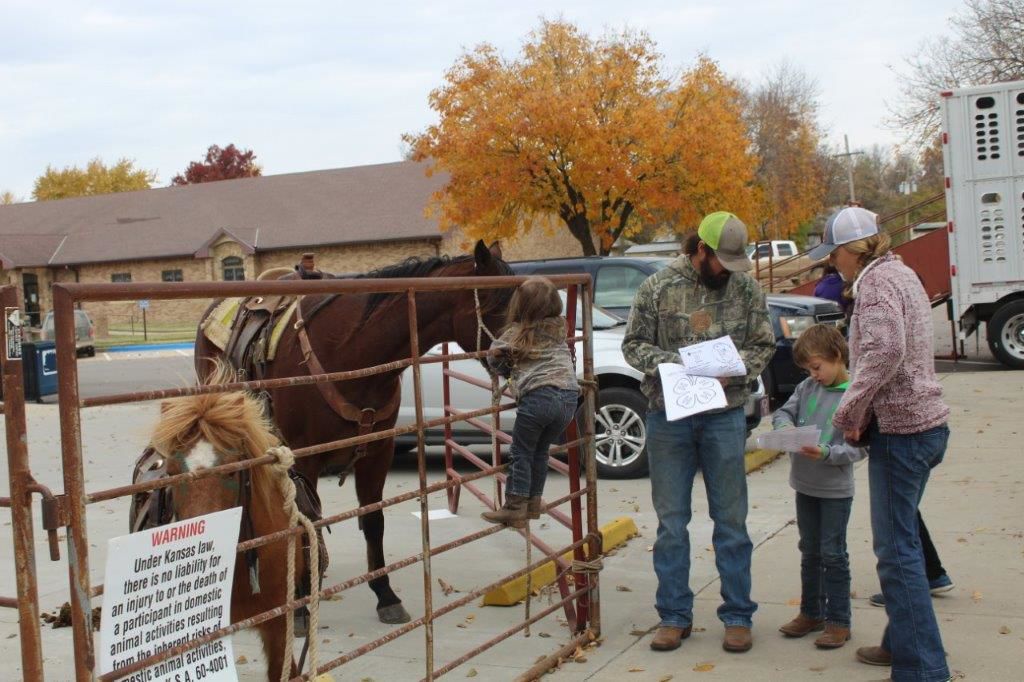 The Junior Rancher Program was developed as an engaging way for kids to learn about agriculture in the Flint Hills. This was done in a scavenger hunt style tour through a total of seventeen booths, put together by 4H’ers and other organizations invited to participate in the program. A range of topics were covered by Greenwood County 4H Clubs. The Fancy Mustangs had an equine booth by Reese Greenwood and Corinne Nelson and a cattle identification booth by Gabe Oltman and Mesa Greenwood. Cash Fuesz from Harmony Sunflowers educated kids about horse bits. Madison Pacesetters had a booth about the birds of Greenwood County, by Casey and Hayden Helm, and a Beef Skillathon booth by Cailyn and Cohen Luthi and Tessa Beeman. The Racing Wranglers presented a booth about the native grasses in the Flint Hills, by Ava and Lyle Perrier and Ethan and Andrew Westerman. 4-H and FFA member McKenna Richardson also had a booth educating about beef cuts.   Along with 4-H and the Greenwood County Cattlewomen, other organizations presenting booths included Greenwood Co. Cattlemen, Greenwood Co. Historical Society, Greenwood Co. Extension, FCCLA, Flyin’ 3 Veterinary, Soil Conservation, Trial Life and American Heritage Girls.

The kids who participated in the Junior Rancher program started the tour by receiving a Junior Rancher Journal with a layout of the exhibits, along with questions to answer from the information learned at each booth, such as “What is the tallest grass in the Flint Hills?” and “What is one use of the horse in the cattle industry.” They were also fitted with cow ears that were later identified with an ear tag. After learning about the topics at each stop, their journal was stamped. All youth who completed the entire program were entered in a drawing for the chance to win an iPod or Kindle Fire. The winner of the iPod was Brody Mitchell, and the Kindle Fire winner was Broly Shoemaker. Fifty youth and their parents participated in this inaugural event and gained knowledge and appreciation about ranching in the Flint Hills of Greenwood County.